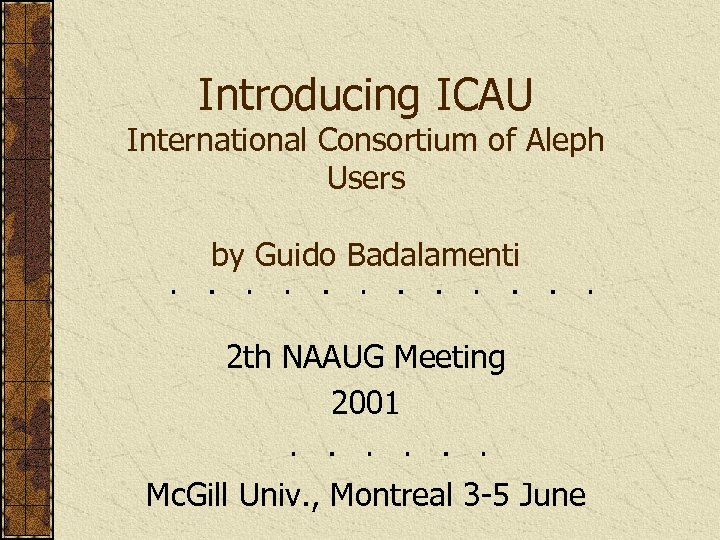 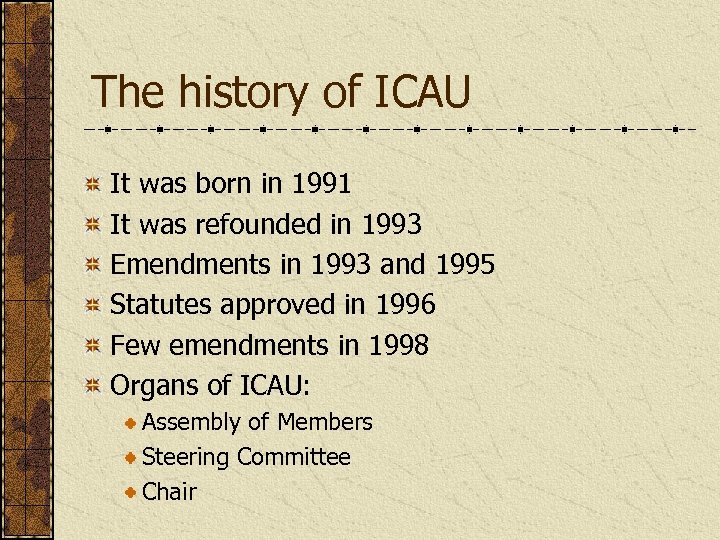 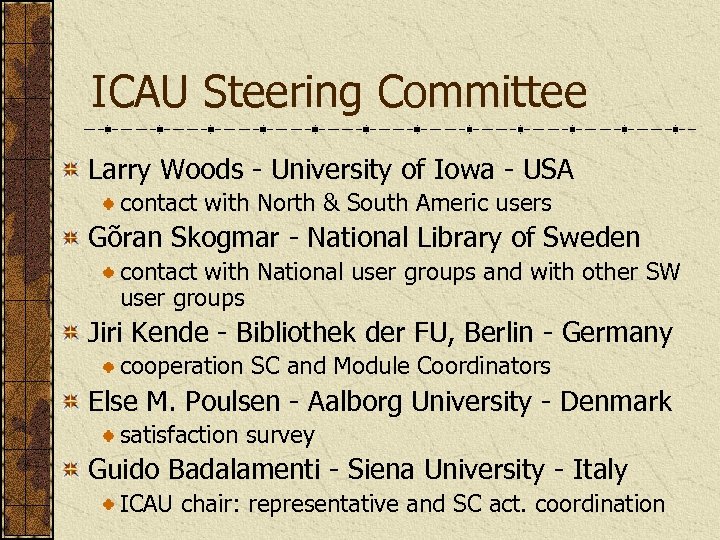 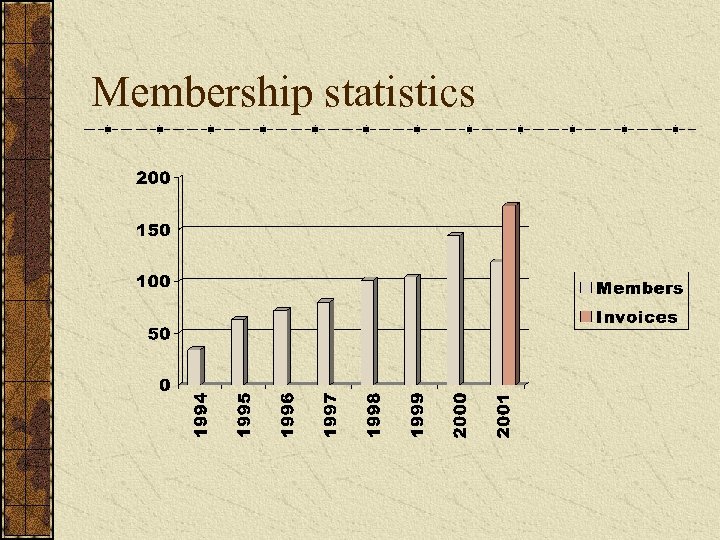 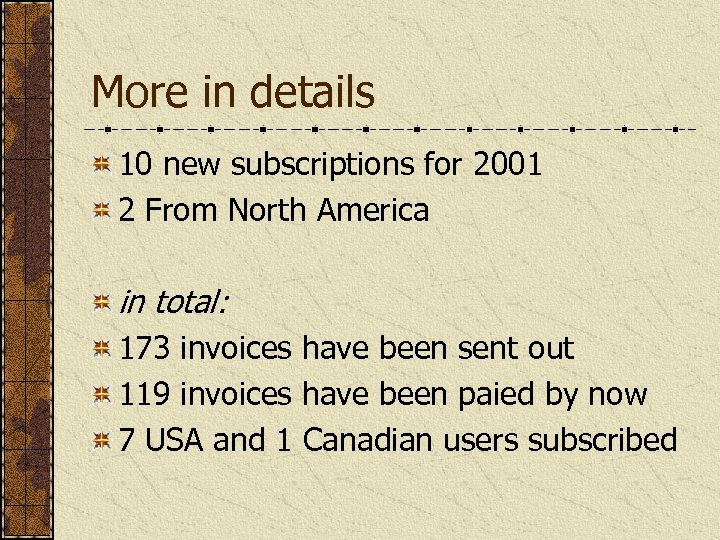 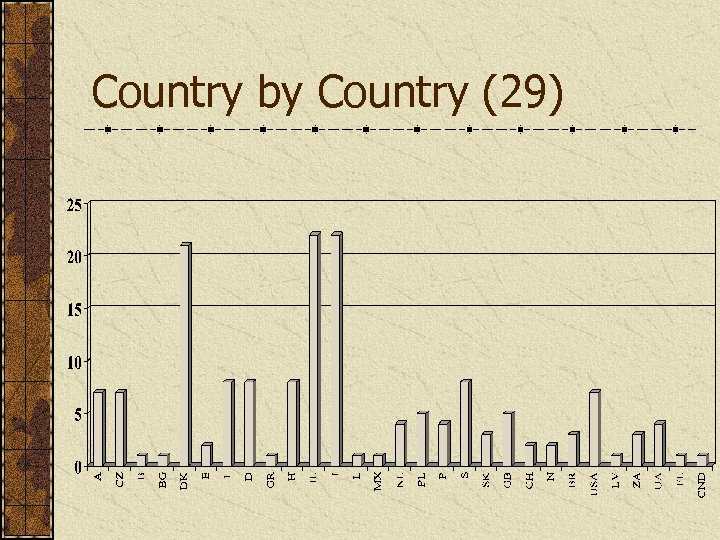 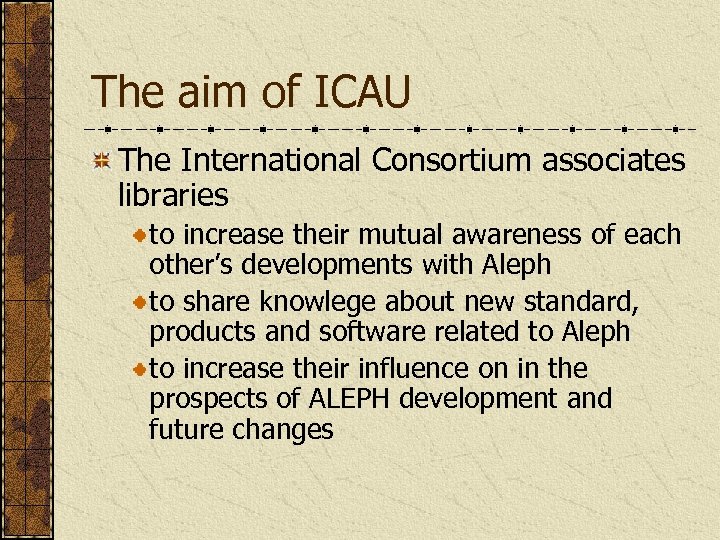 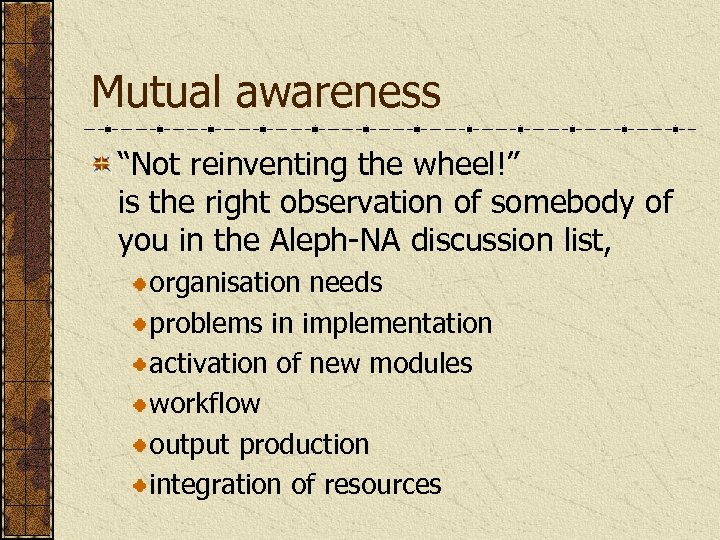 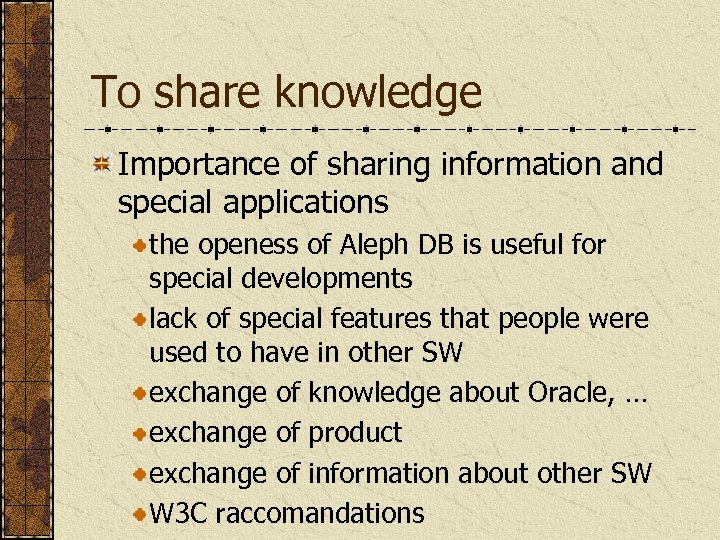 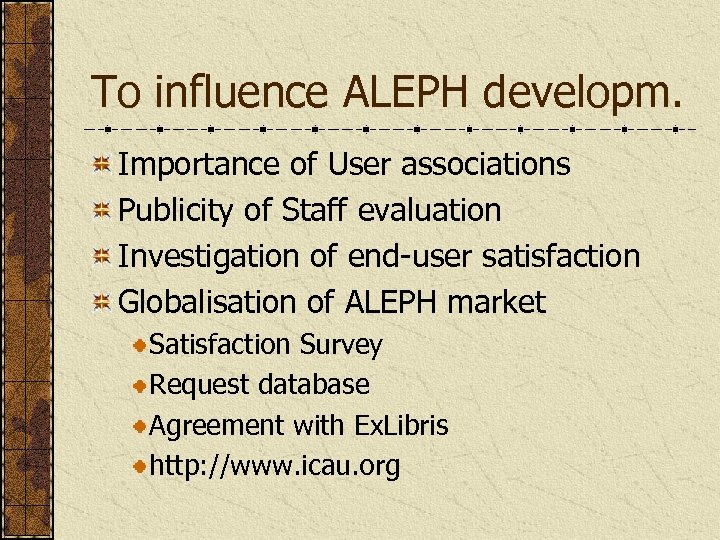 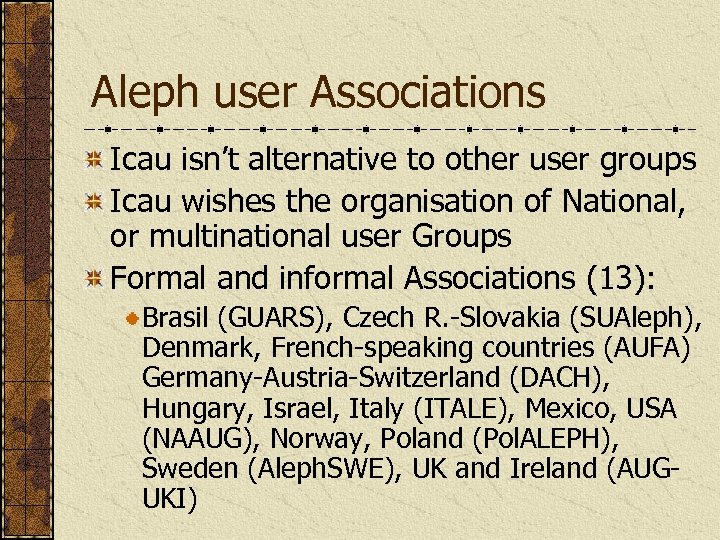 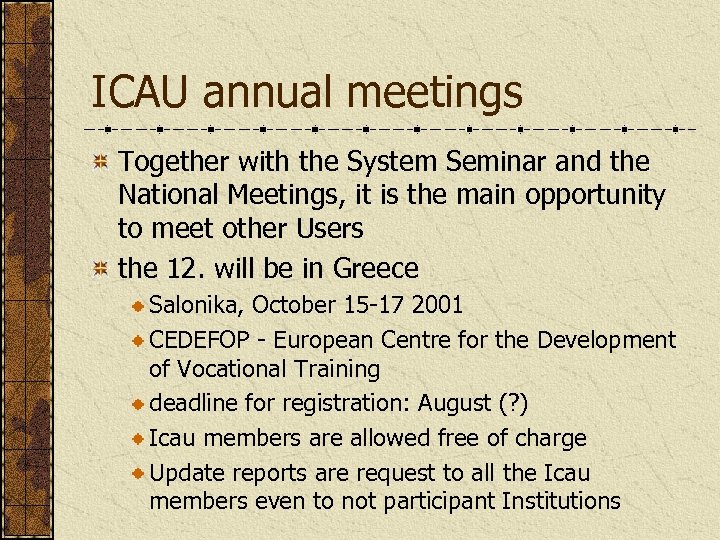 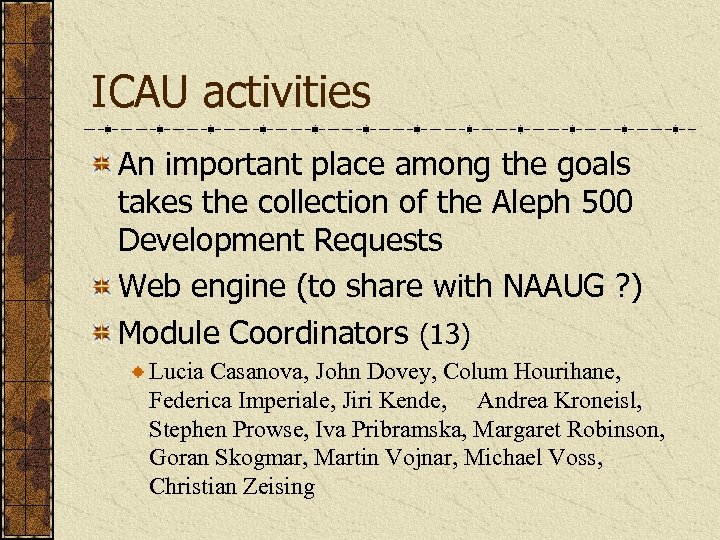 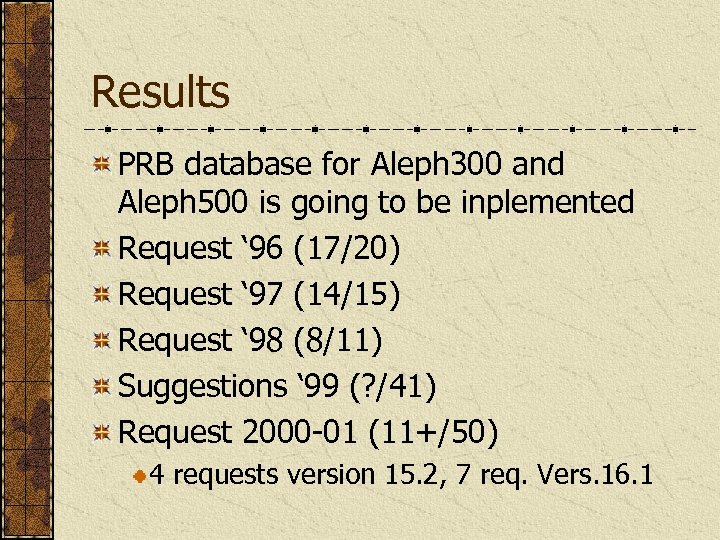 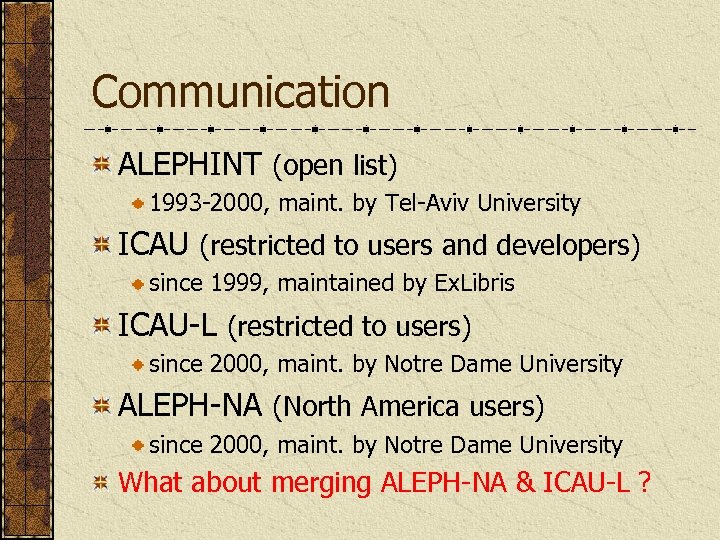 The history of ICAU It was born in 1991 It was refounded in 1993 Emendments in 1993 and 1995 Statutes approved in 1996 Few emendments in 1998 Organs of ICAU: Assembly of Members Steering Committee Chair

The aim of ICAU The International Consortium associates libraries to increase their mutual awareness of each other’s developments with Aleph to share knowlege about new standard, products and software related to Aleph to increase their influence on in the prospects of ALEPH development and future changes

Mutual awareness “Not reinventing the wheel!” is the right observation of somebody of you in the Aleph-NA discussion list, organisation needs problems in implementation activation of new modules workflow output production integration of resources

To share knowledge Importance of sharing information and special applications the openess of Aleph DB is useful for special developments lack of special features that people were used to have in other SW exchange of knowledge about Oracle, … exchange of product exchange of information about other SW W 3 C raccomandations

ICAU annual meetings Together with the System Seminar and the National Meetings, it is the main opportunity to meet other Users the 12. will be in Greece Salonika, October 15 -17 2001 CEDEFOP - European Centre for the Development of Vocational Training deadline for registration: August (? ) Icau members are allowed free of charge Update reports are request to all the Icau members even to not participant Institutions