Intro to Judaism EQ What are some key 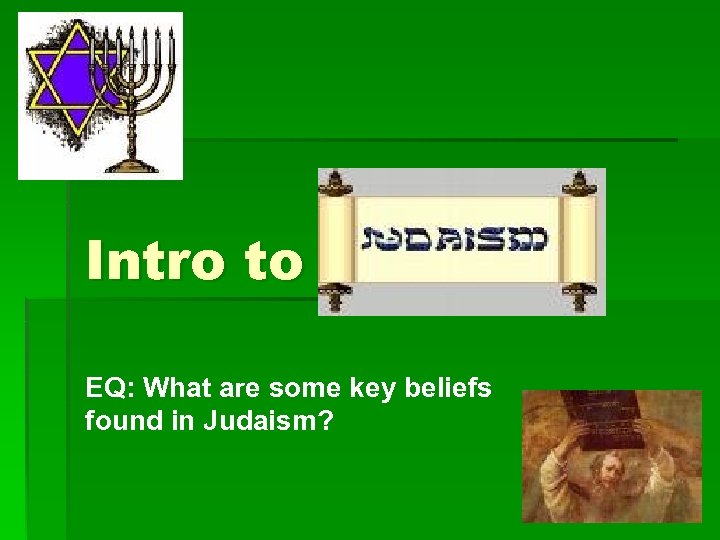 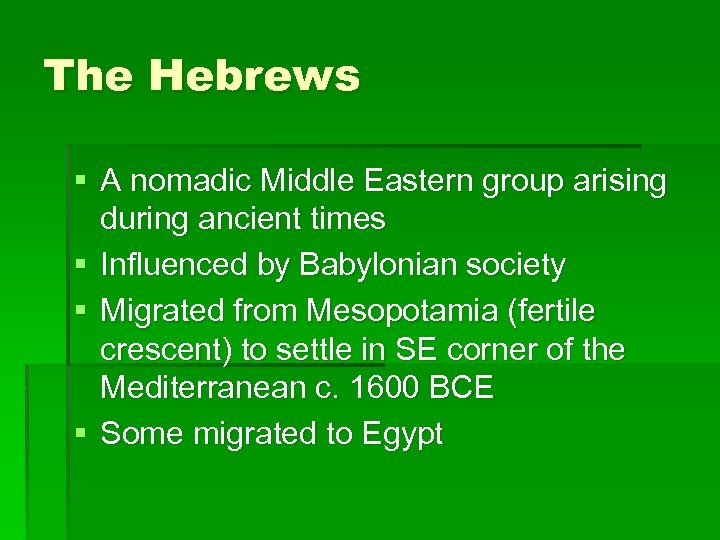 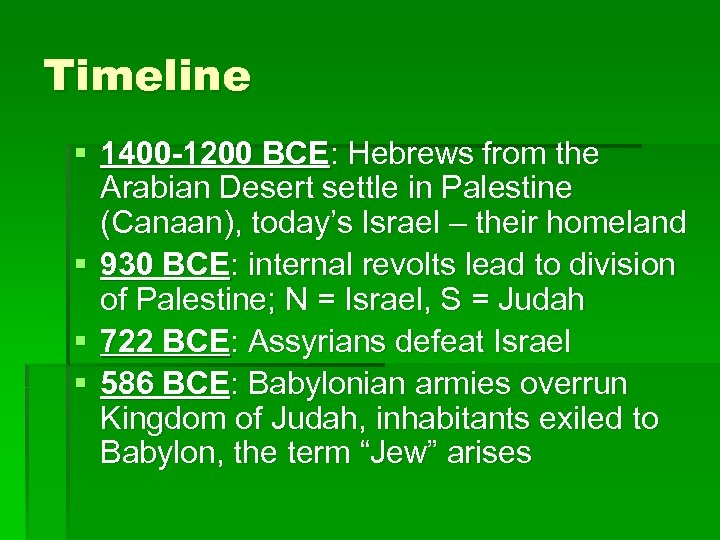 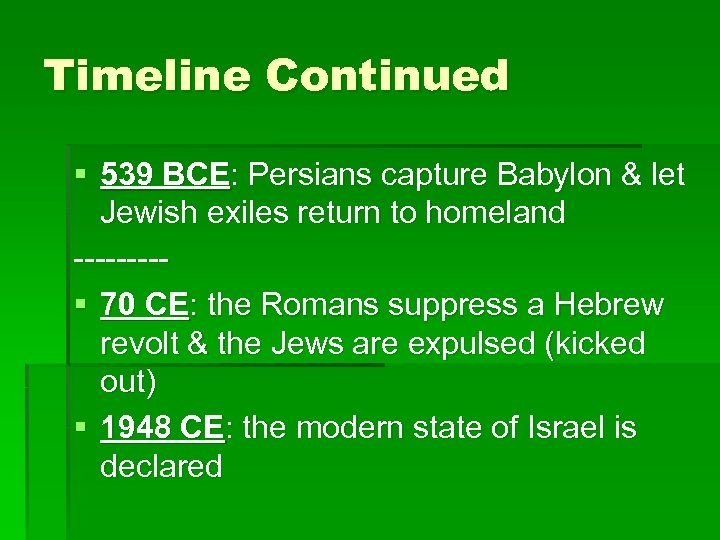 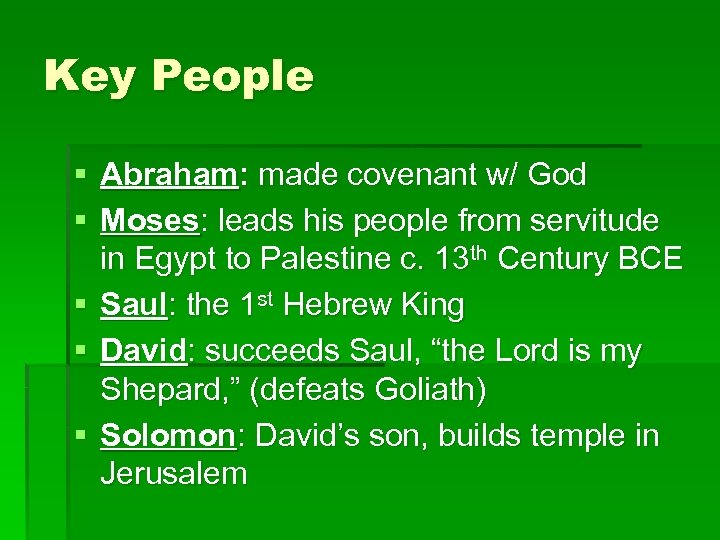 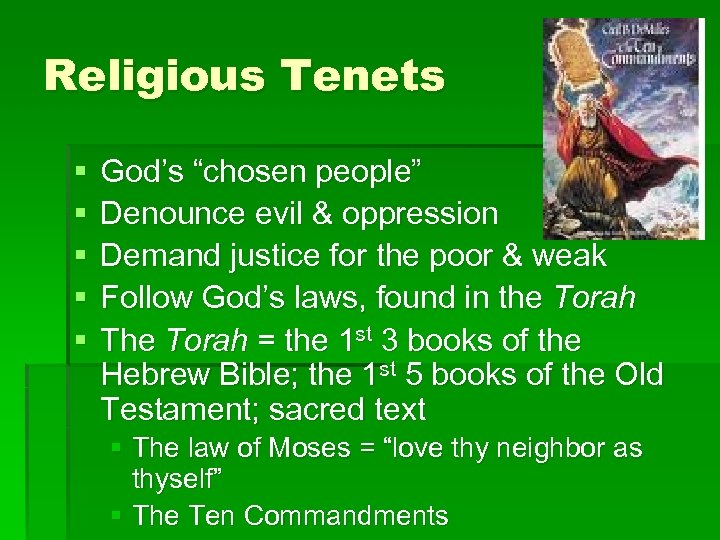 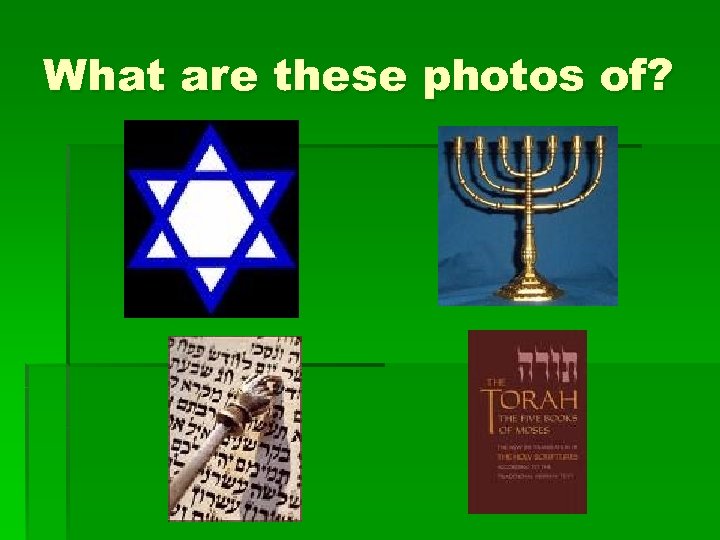 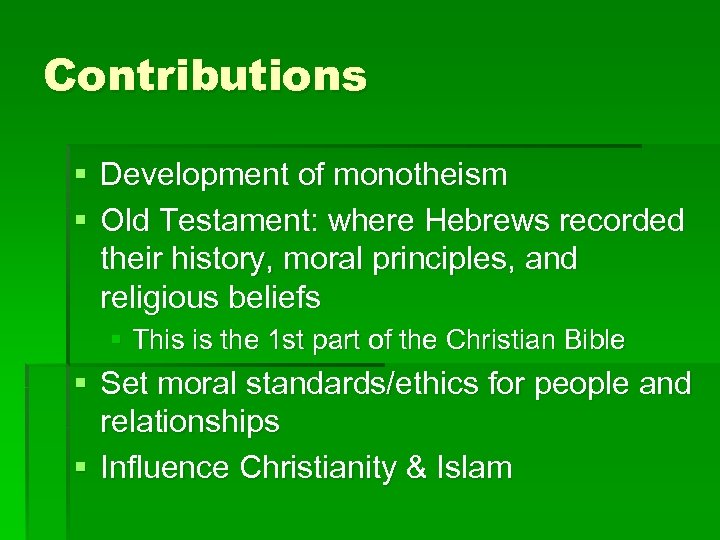 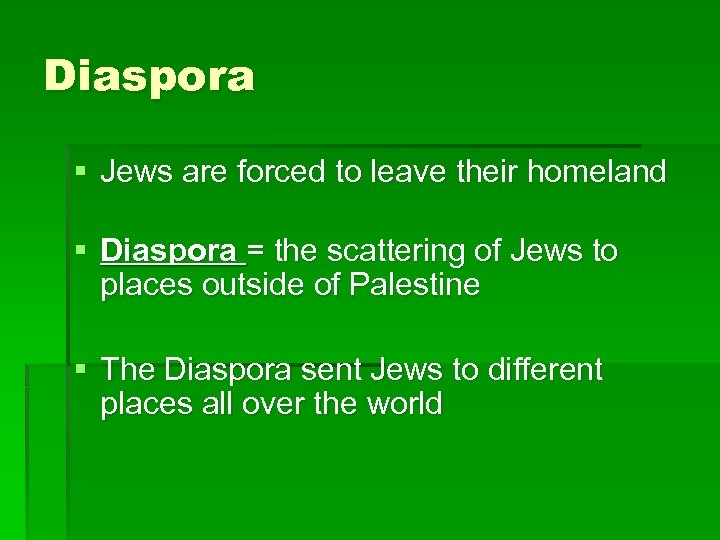 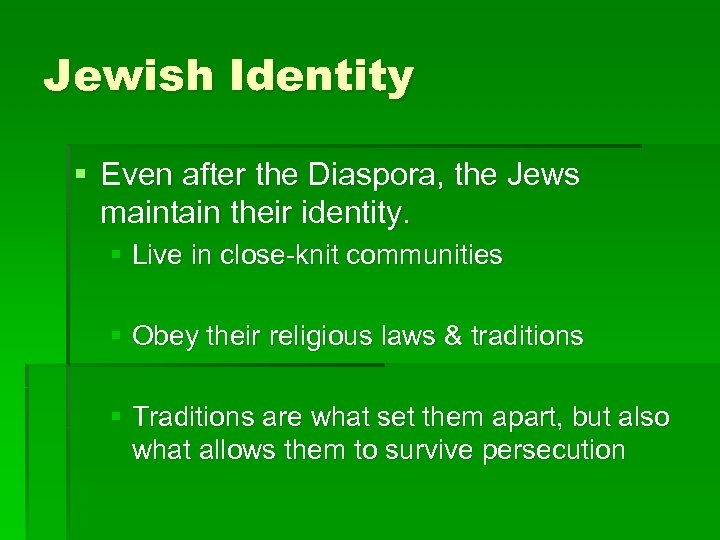 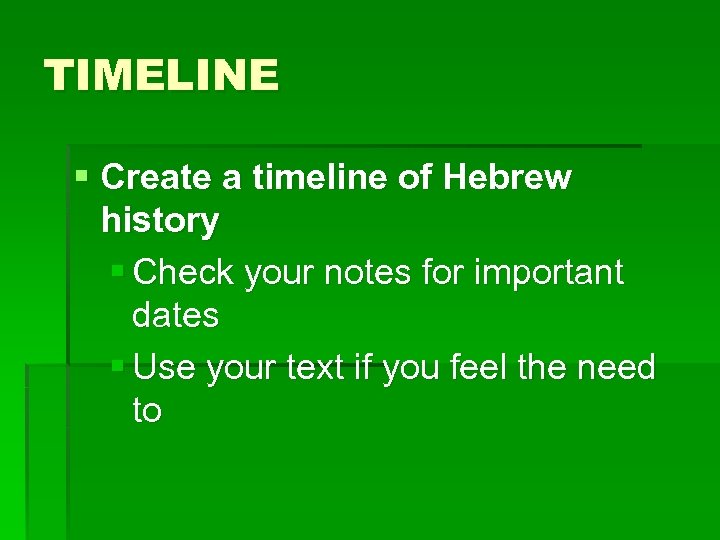 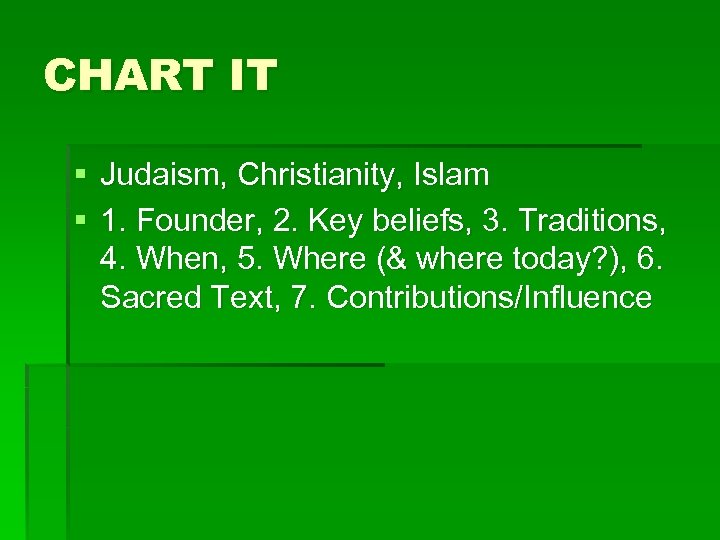 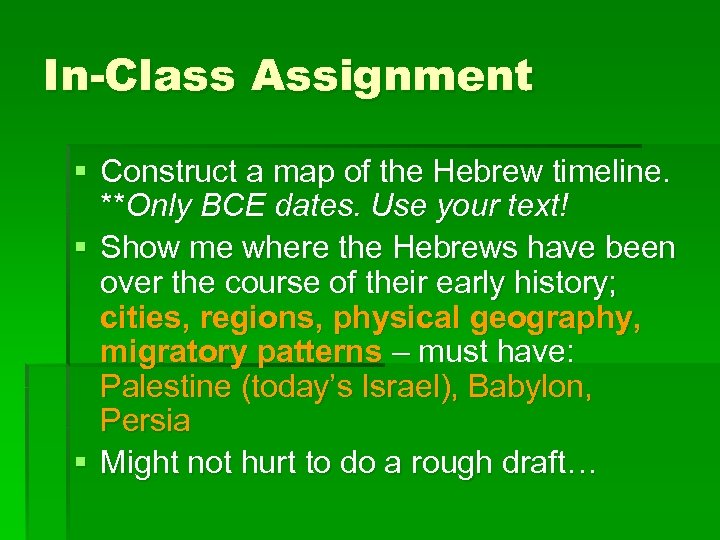 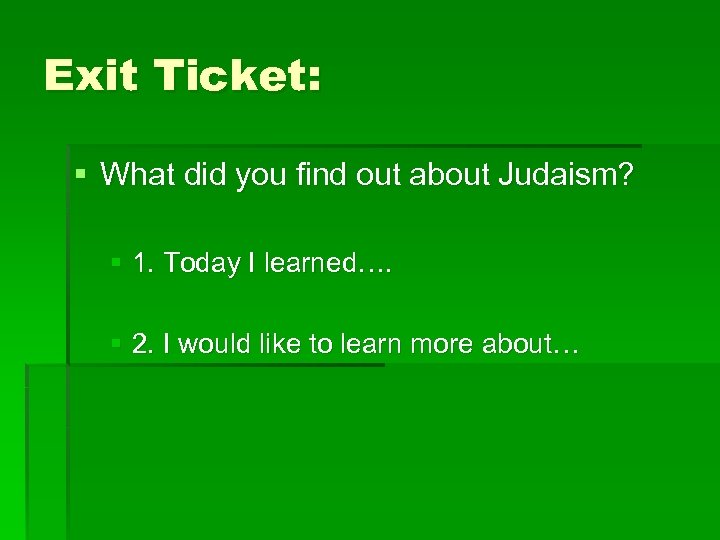 Скачать презентацию Intro to Judaism EQ What are some key

Intro to Judaism EQ: What are some key beliefs found in Judaism?

The Hebrews § A nomadic Middle Eastern group arising during ancient times § Influenced by Babylonian society § Migrated from Mesopotamia (fertile crescent) to settle in SE corner of the Mediterranean c. 1600 BCE § Some migrated to Egypt

Religious Tenets § § § God’s “chosen people” Denounce evil & oppression Demand justice for the poor & weak Follow God’s laws, found in the Torah The Torah = the 1 st 3 books of the Hebrew Bible; the 1 st 5 books of the Old Testament; sacred text § The law of Moses = “love thy neighbor as thyself” § The Ten Commandments

What are these photos of?

Contributions § Development of monotheism § Old Testament: where Hebrews recorded their history, moral principles, and religious beliefs § This is the 1 st part of the Christian Bible § Set moral standards/ethics for people and relationships § Influence Christianity & Islam

Jewish Identity § Even after the Diaspora, the Jews maintain their identity. § Live in close-knit communities § Obey their religious laws & traditions § Traditions are what set them apart, but also what allows them to survive persecution

In-Class Assignment § Construct a map of the Hebrew timeline. **Only BCE dates. Use your text! § Show me where the Hebrews have been over the course of their early history; cities, regions, physical geography, migratory patterns – must have: Palestine (today’s Israel), Babylon, Persia § Might not hurt to do a rough draft…