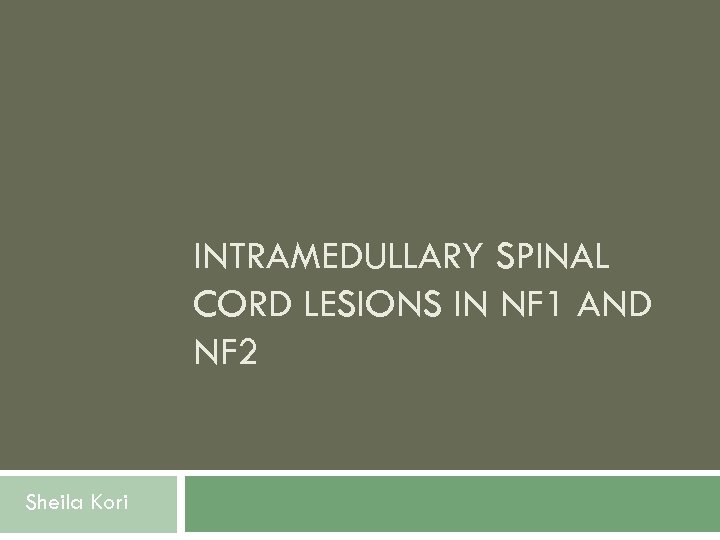 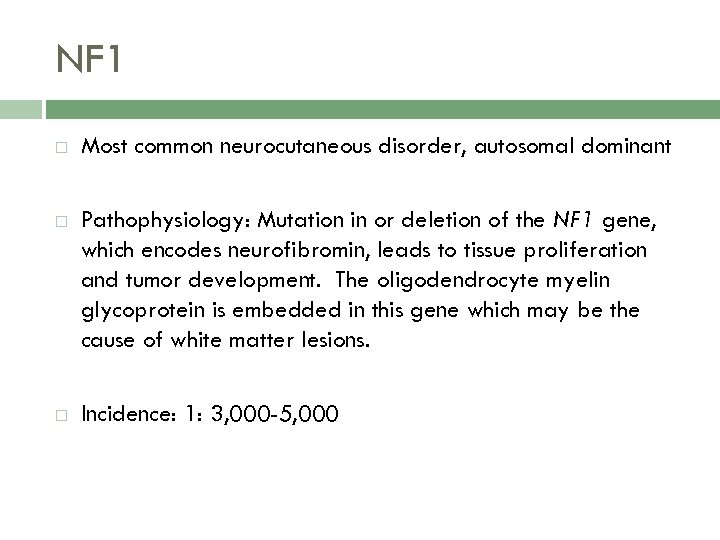 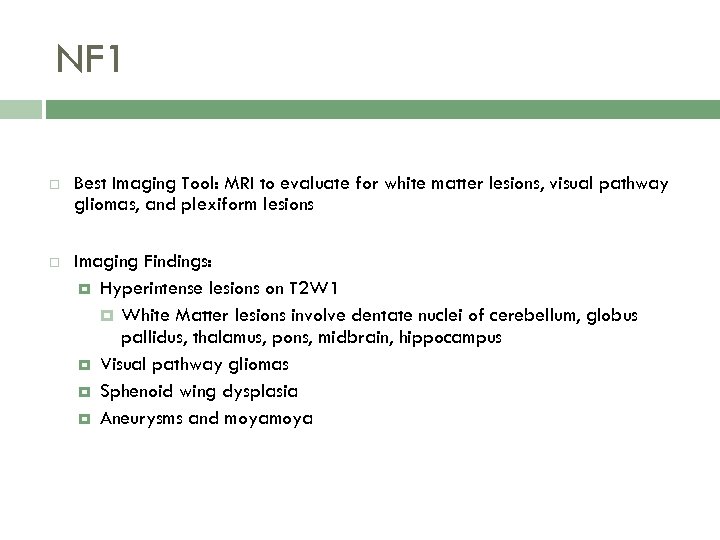 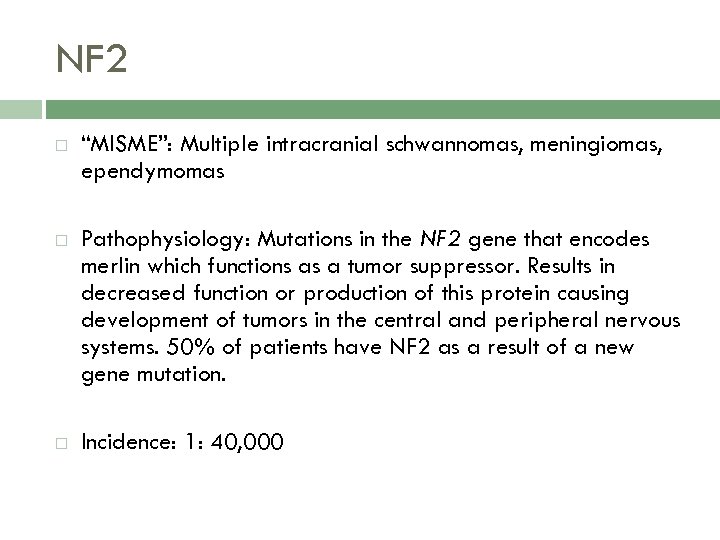 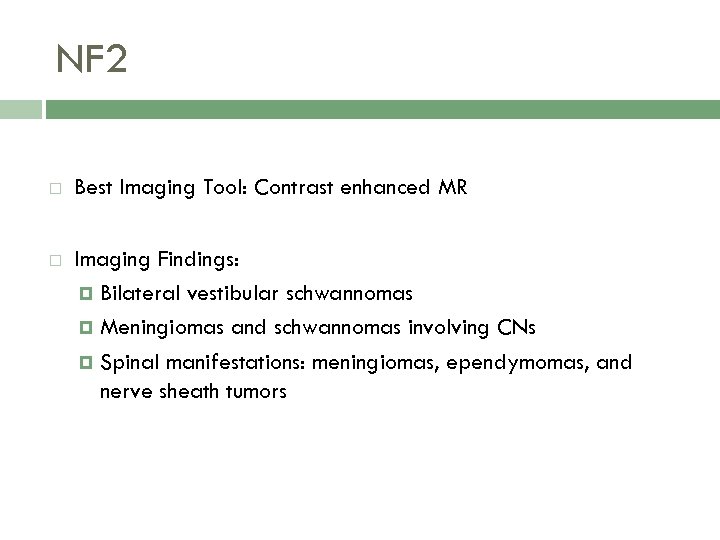 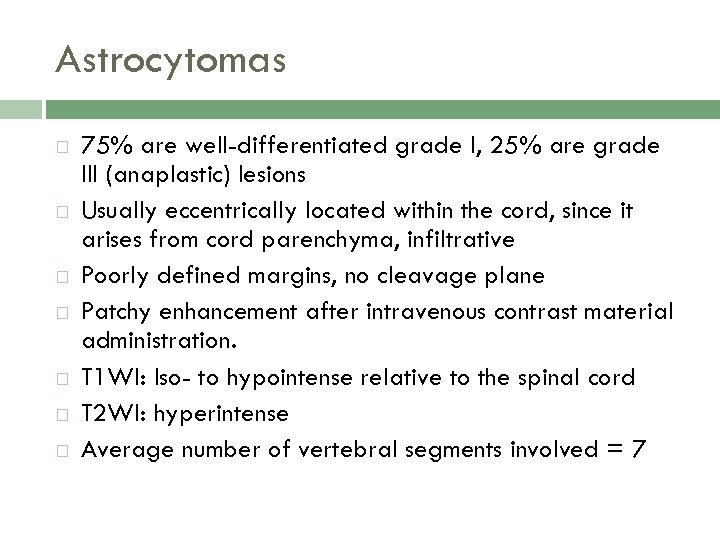 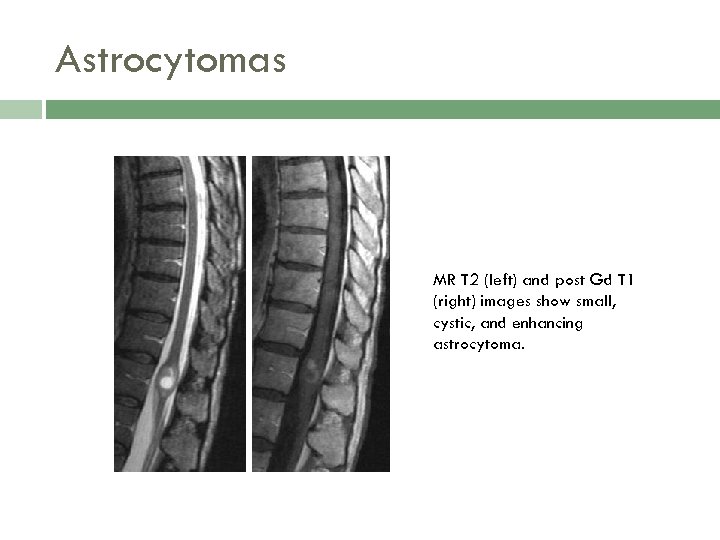 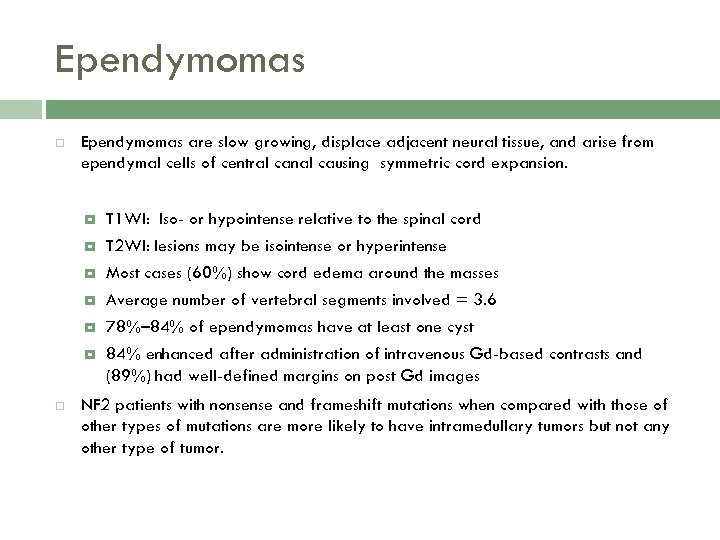 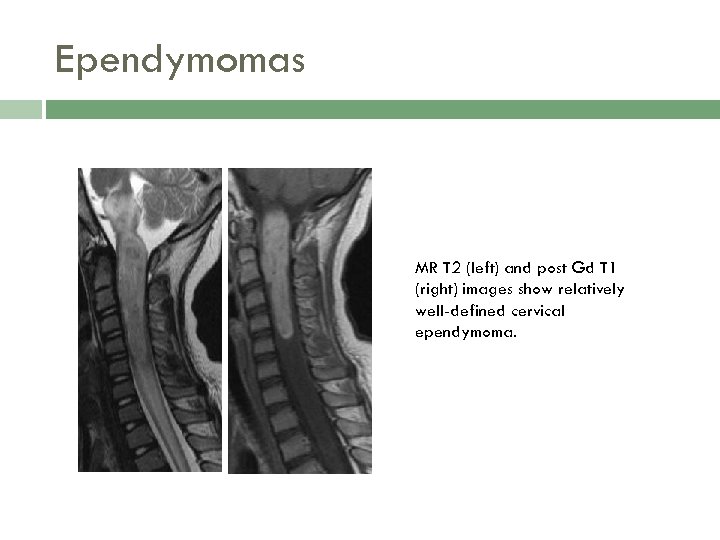 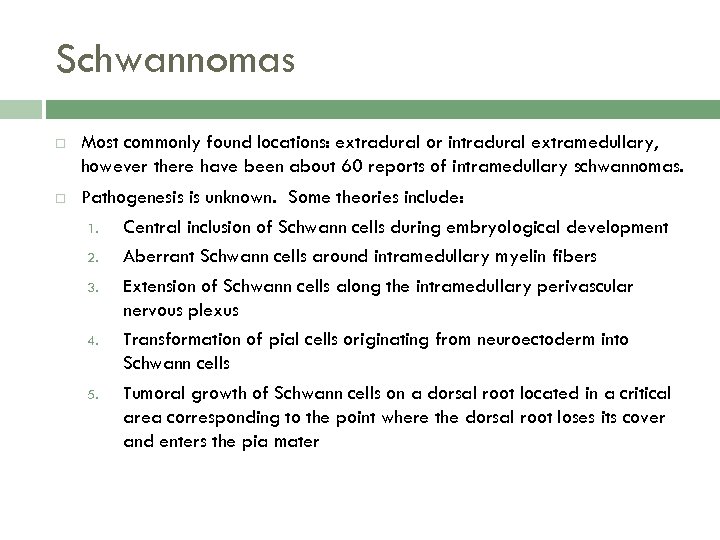 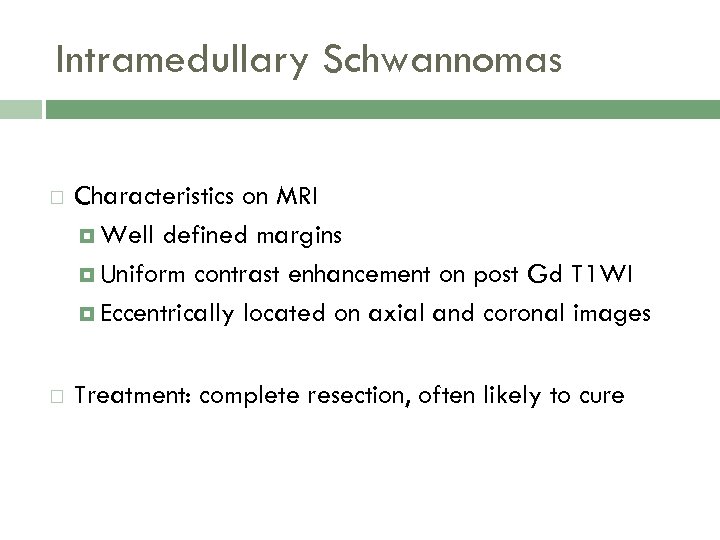 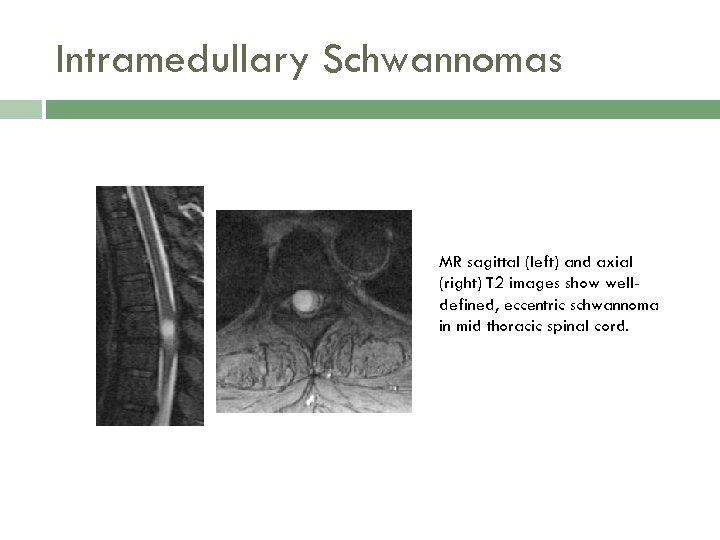 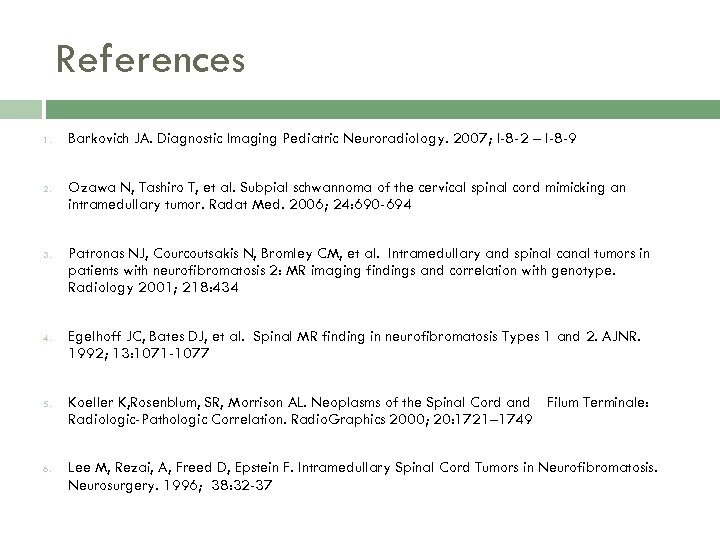 NF 1 Most common neurocutaneous disorder, autosomal dominant Pathophysiology: Mutation in or deletion of the NF 1 gene, which encodes neurofibromin, leads to tissue proliferation and tumor development. The oligodendrocyte myelin glycoprotein is embedded in this gene which may be the cause of white matter lesions. Incidence: 1: 3, 000 -5, 000

NF 2 “MISME”: Multiple intracranial schwannomas, meningiomas, ependymomas Pathophysiology: Mutations in the NF 2 gene that encodes merlin which functions as a tumor suppressor. Results in decreased function or production of this protein causing development of tumors in the central and peripheral nervous systems. 50% of patients have NF 2 as a result of a new gene mutation. Incidence: 1: 40, 000

Ependymomas are slow growing, displace adjacent neural tissue, and arise from ependymal cells of central canal causing symmetric cord expansion. T 2 WI: lesions may be isointense or hyperintense Most cases (60%) show cord edema around the masses Average number of vertebral segments involved = 3. 6 78%– 84% of ependymomas have at least one cyst T 1 WI: Iso- or hypointense relative to the spinal cord 84% enhanced after administration of intravenous Gd-based contrasts and (89%) had well-defined margins on post Gd images NF 2 patients with nonsense and frameshift mutations when compared with those of other types of mutations are more likely to have intramedullary tumors but not any other type of tumor.