INTERROGATIVE ADVERBS WHEN CUÁNDO WHO QÚIÉN WHAT QUÉ 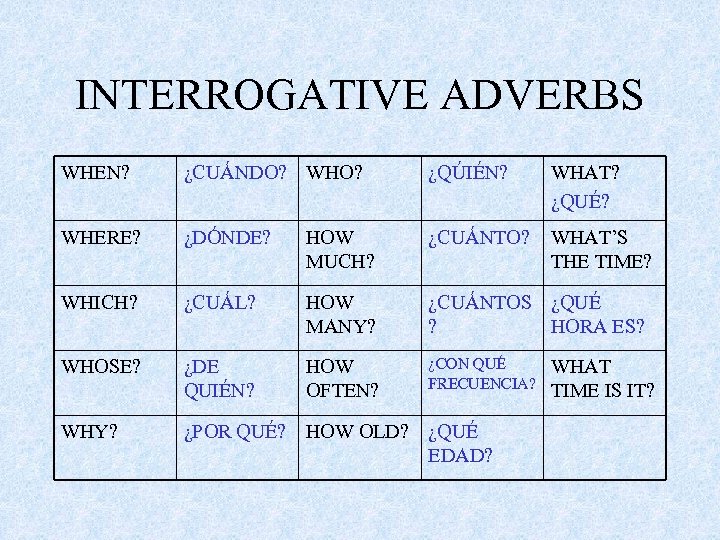 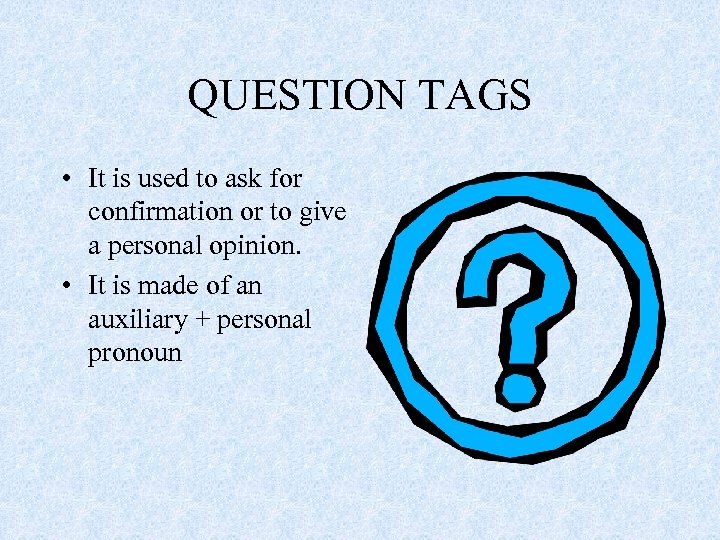 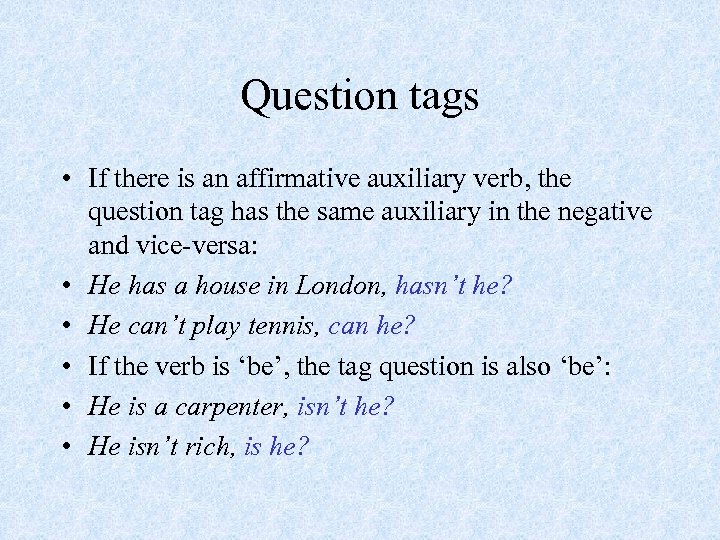 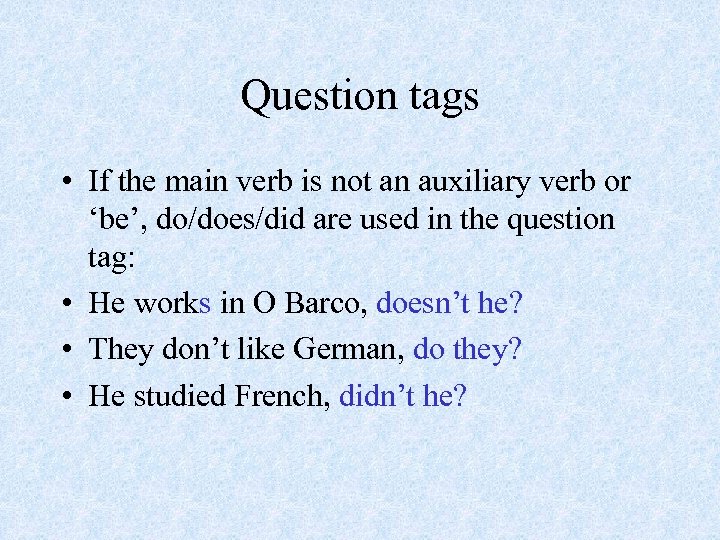 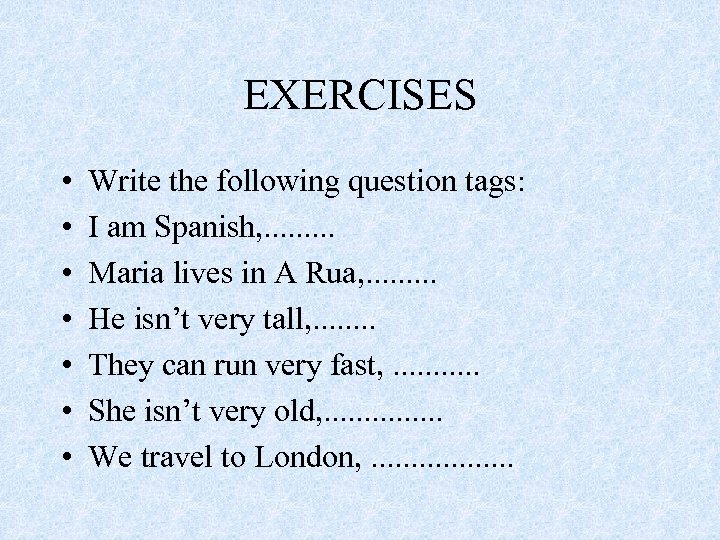 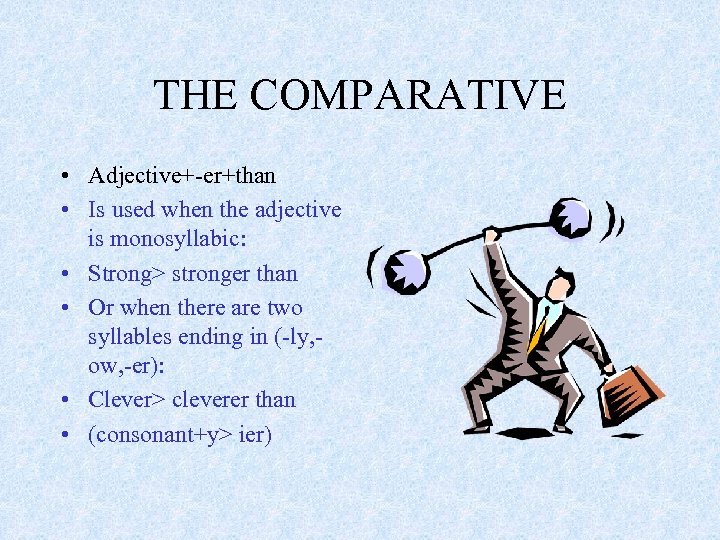 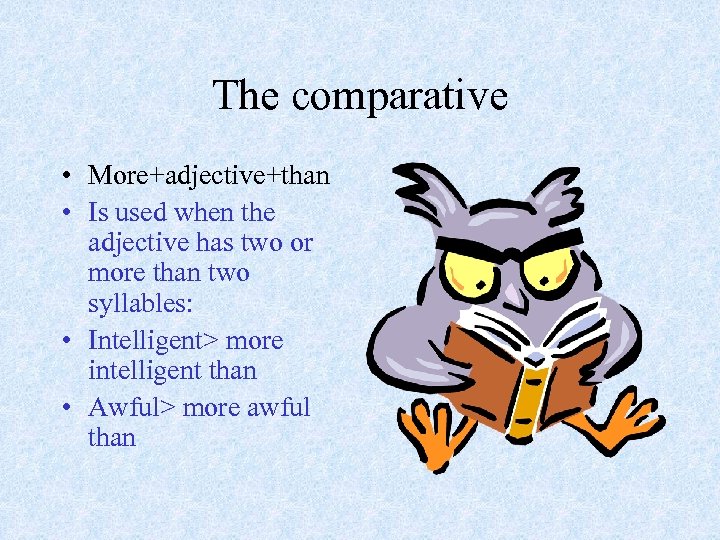 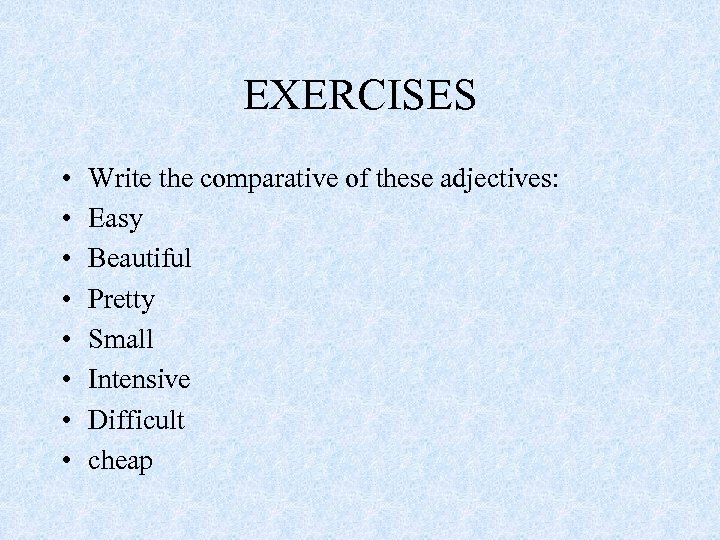 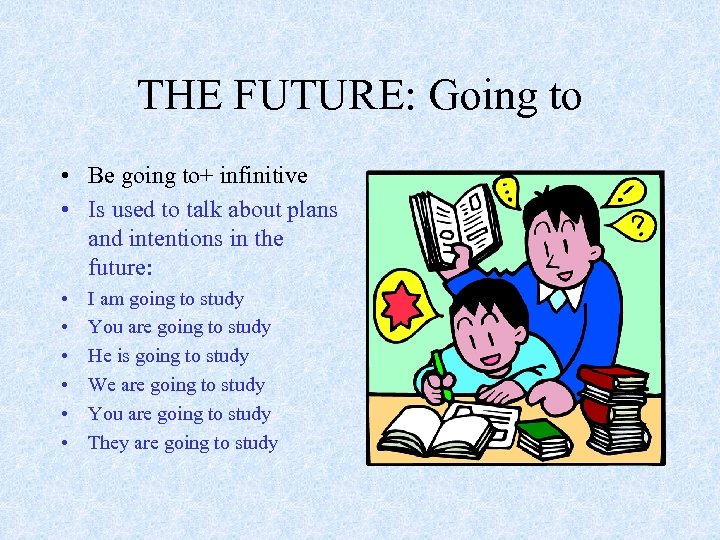 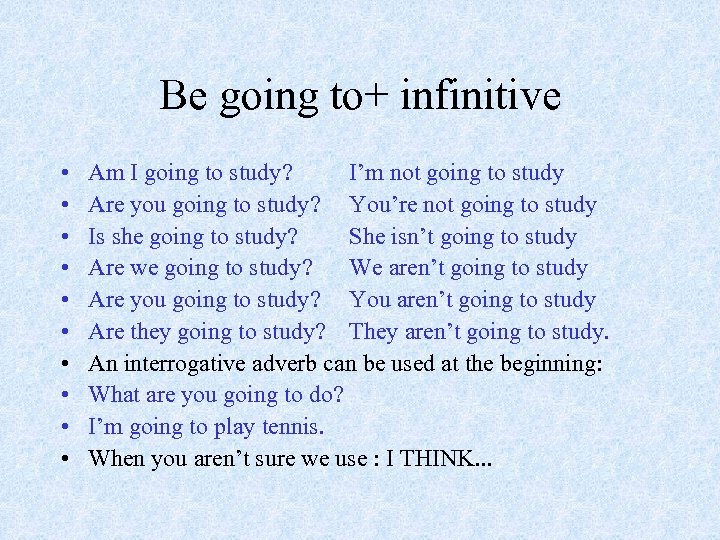 Скачать презентацию INTERROGATIVE ADVERBS WHEN CUÁNDO WHO QÚIÉN WHAT QUÉ

QUESTION TAGS • It is used to ask for confirmation or to give a personal opinion. • It is made of an auxiliary + personal pronoun

Question tags • If there is an affirmative auxiliary verb, the question tag has the same auxiliary in the negative and vice-versa: • He has a house in London, hasn’t he? • He can’t play tennis, can he? • If the verb is ‘be’, the tag question is also ‘be’: • He is a carpenter, isn’t he? • He isn’t rich, is he?

Question tags • If the main verb is not an auxiliary verb or ‘be’, do/does/did are used in the question tag: • He works in O Barco, doesn’t he? • They don’t like German, do they? • He studied French, didn’t he?

THE COMPARATIVE • Adjective+-er+than • Is used when the adjective is monosyllabic: • Strong> stronger than • Or when there are two syllables ending in (-ly, ow, -er): • Clever> cleverer than • (consonant+y> ier)

The comparative • More+adjective+than • Is used when the adjective has two or more than two syllables: • Intelligent> more intelligent than • Awful> more awful than