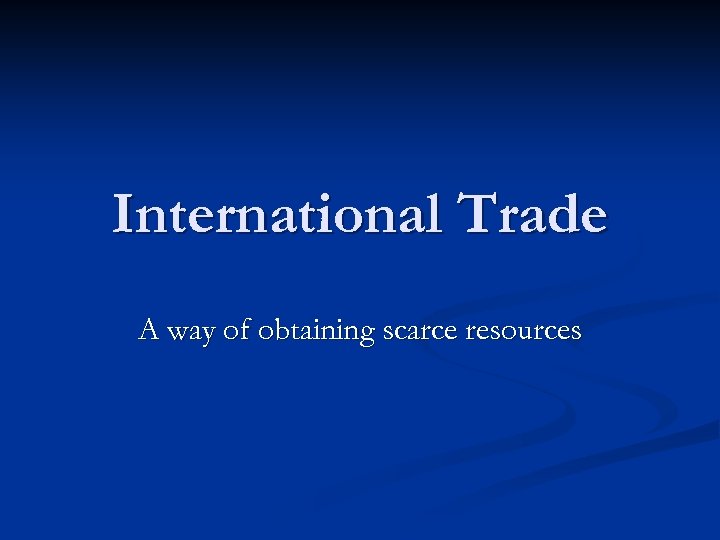 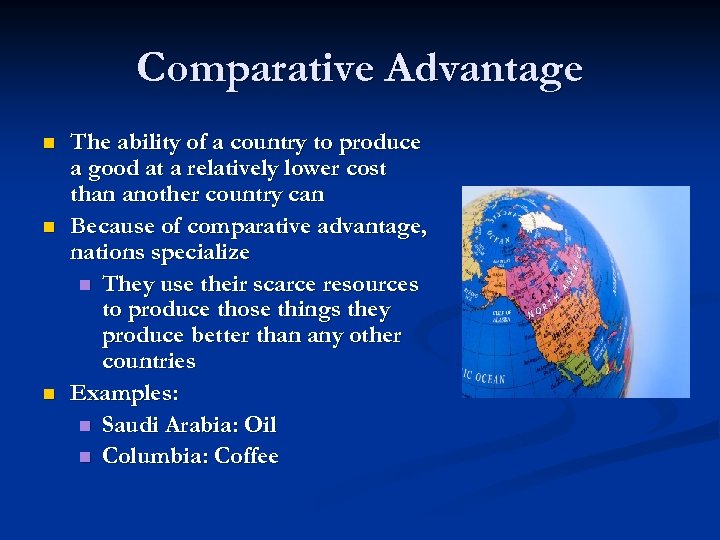 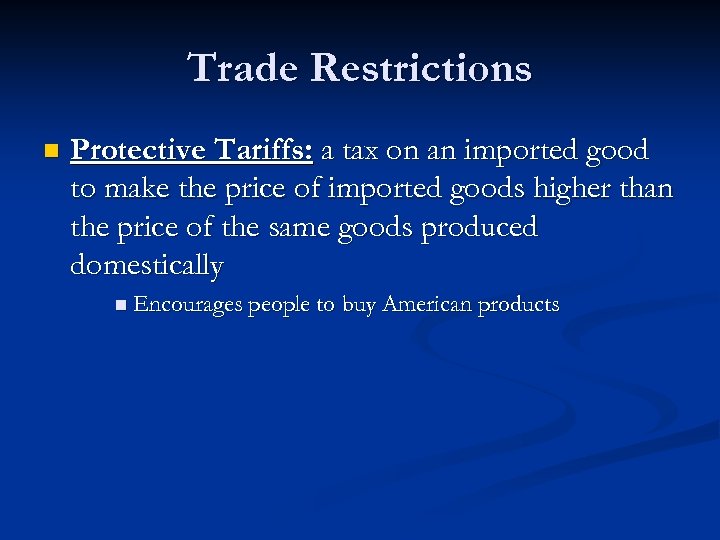 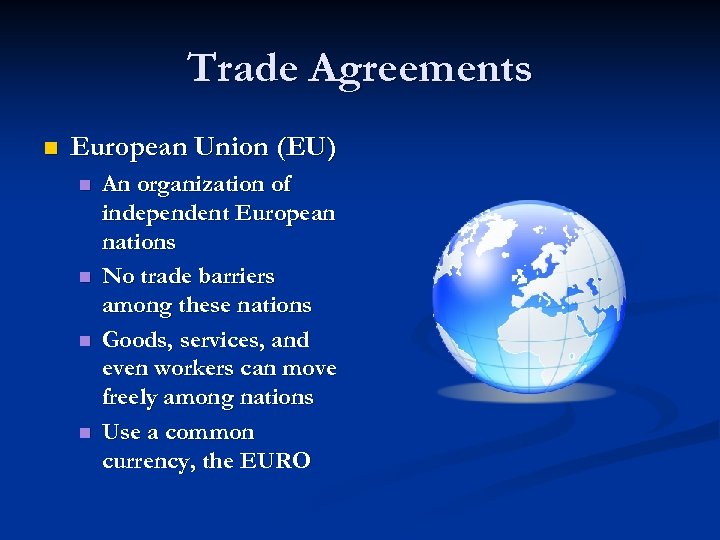 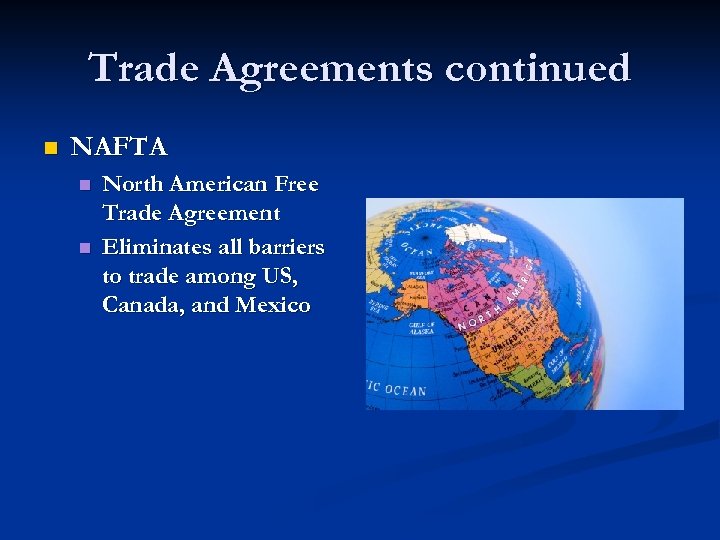 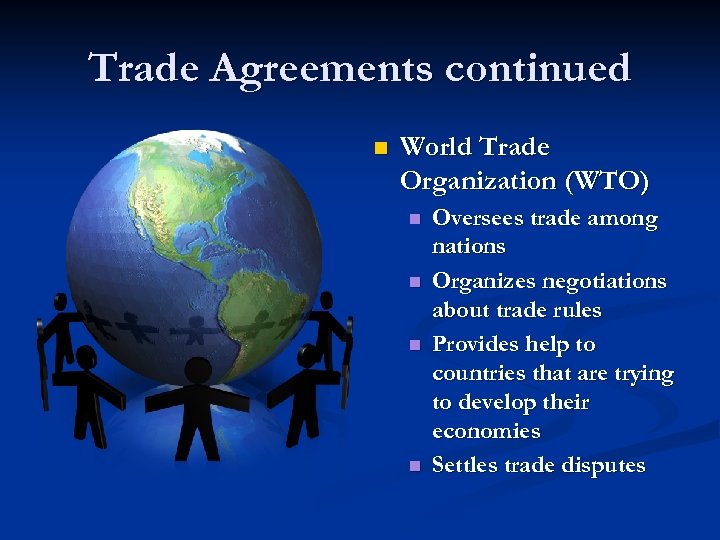 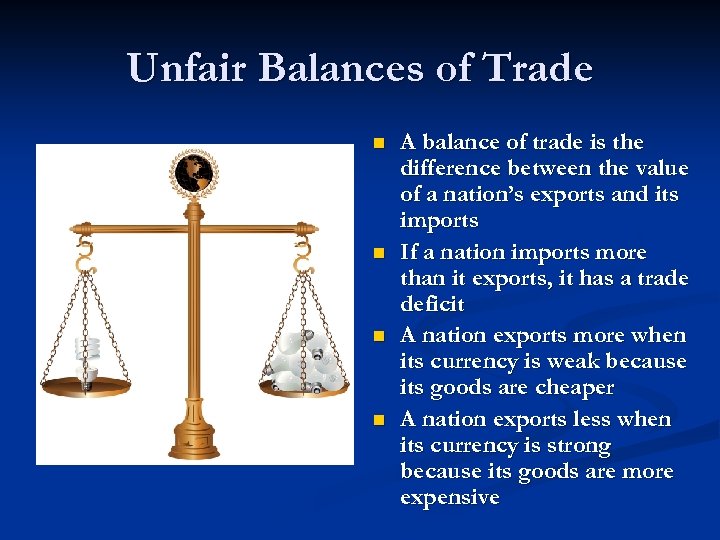 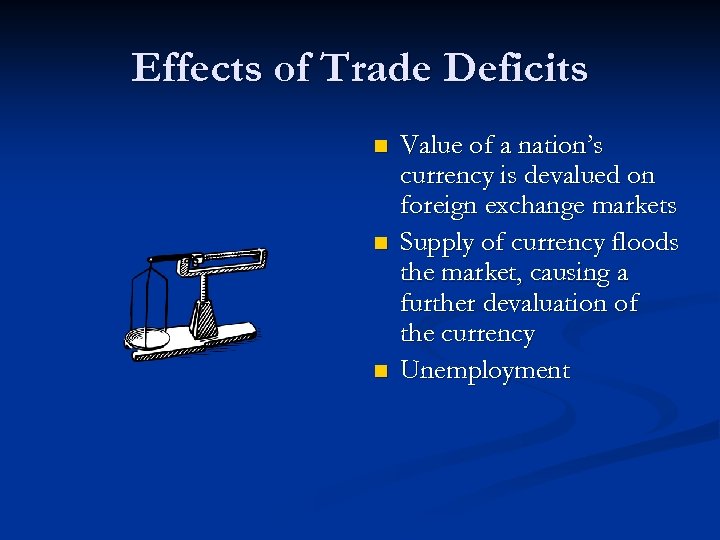 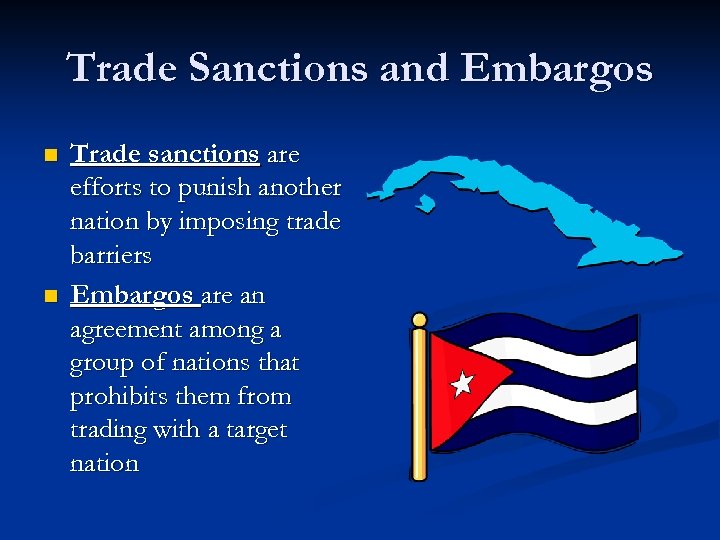 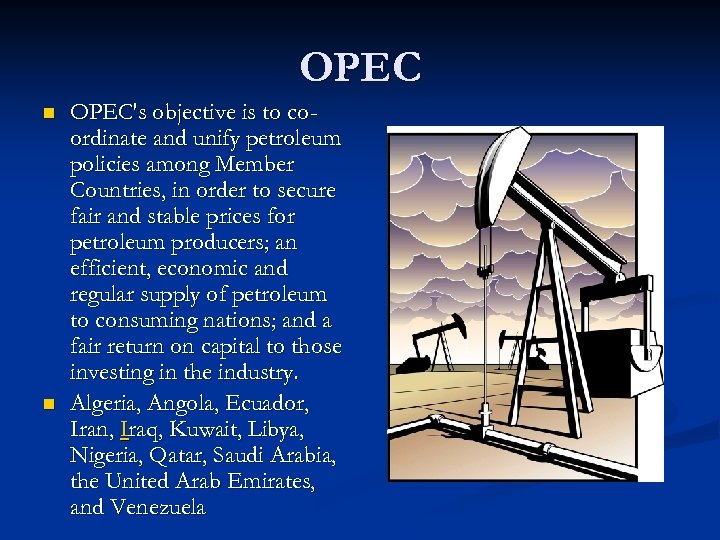 Comparative Advantage n n n The ability of a country to produce a good at a relatively lower cost than another country can Because of comparative advantage, nations specialize n They use their scarce resources to produce those things they produce better than any other countries Examples: n Saudi Arabia: Oil n Columbia: Coffee

Trade Restrictions n Protective Tariffs: a tax on an imported good to make the price of imported goods higher than the price of the same goods produced domestically n Encourages people to buy American products

Trade Agreements n European Union (EU) n n An organization of independent European nations No trade barriers among these nations Goods, services, and even workers can move freely among nations Use a common currency, the EURO

Unfair Balances of Trade n n A balance of trade is the difference between the value of a nation’s exports and its imports If a nation imports more than it exports, it has a trade deficit A nation exports more when its currency is weak because its goods are cheaper A nation exports less when its currency is strong because its goods are more expensive

Effects of Trade Deficits n n n Value of a nation’s currency is devalued on foreign exchange markets Supply of currency floods the market, causing a further devaluation of the currency Unemployment

OPEC n n OPEC's objective is to coordinate and unify petroleum policies among Member Countries, in order to secure fair and stable prices for petroleum producers; an efficient, economic and regular supply of petroleum to consuming nations; and a fair return on capital to those investing in the industry. Algeria, Angola, Ecuador, Iran, Iraq, Kuwait, Libya, Nigeria, Qatar, Saudi Arabia, the United Arab Emirates, and Venezuela