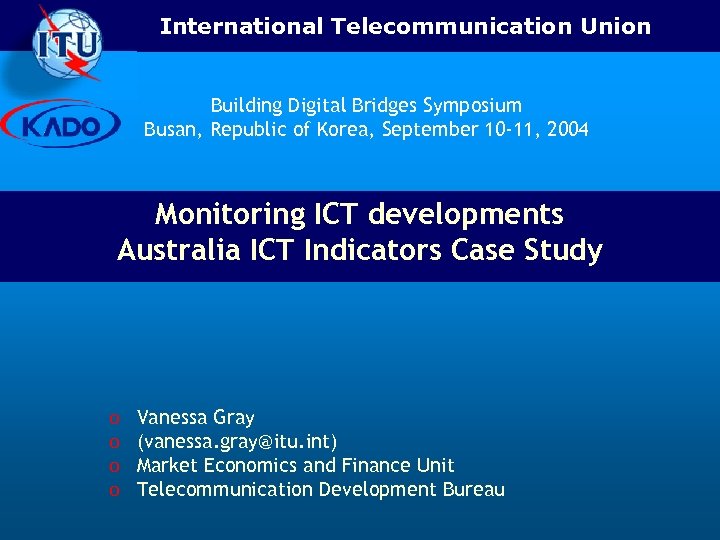 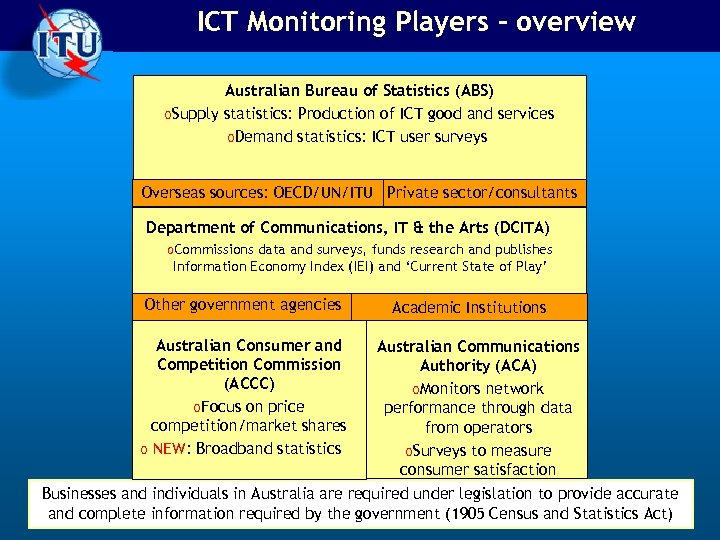 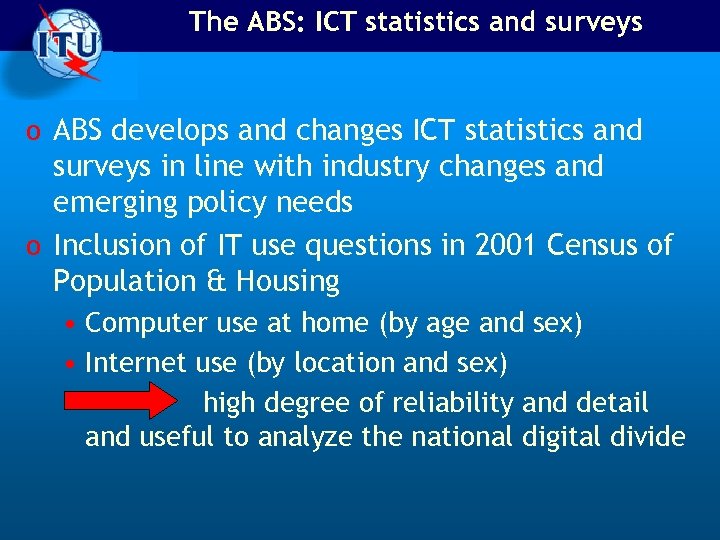 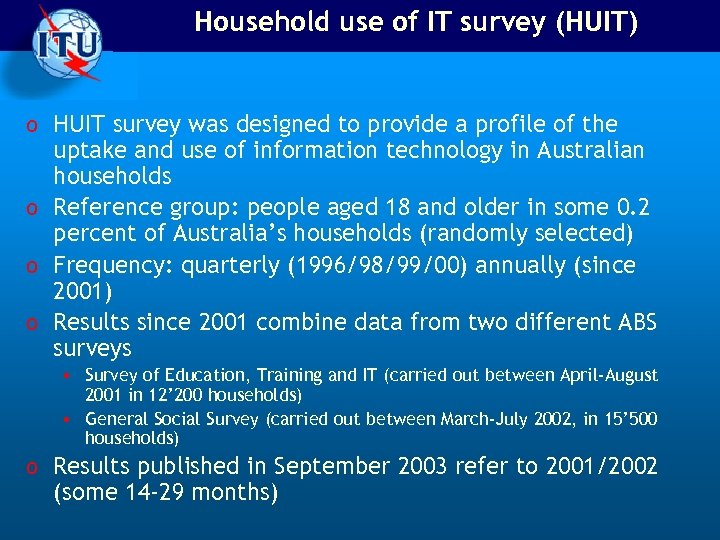 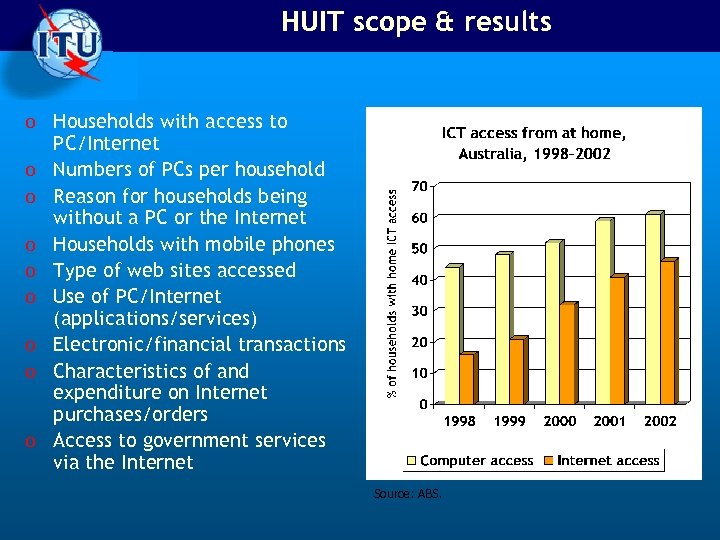 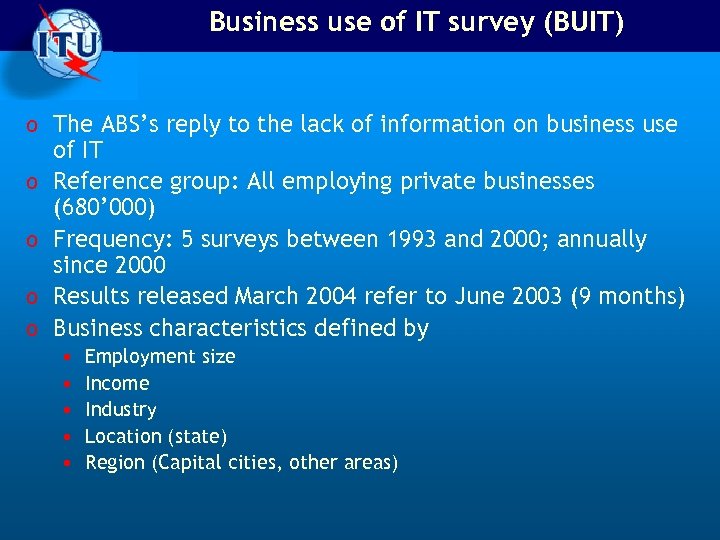 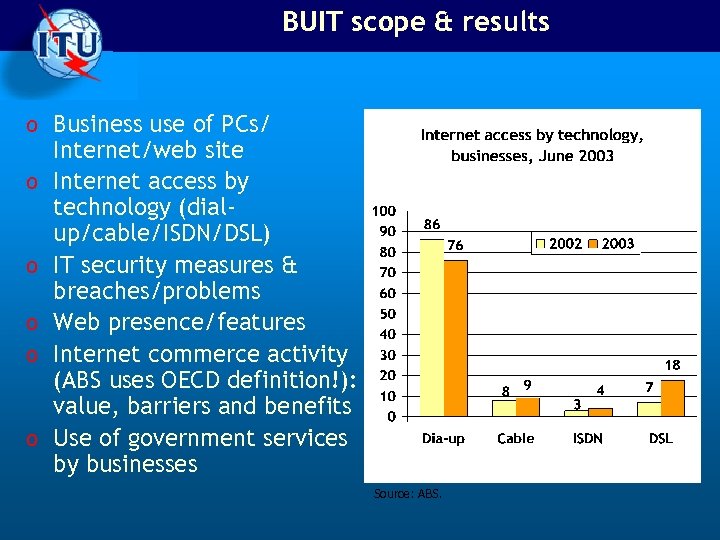 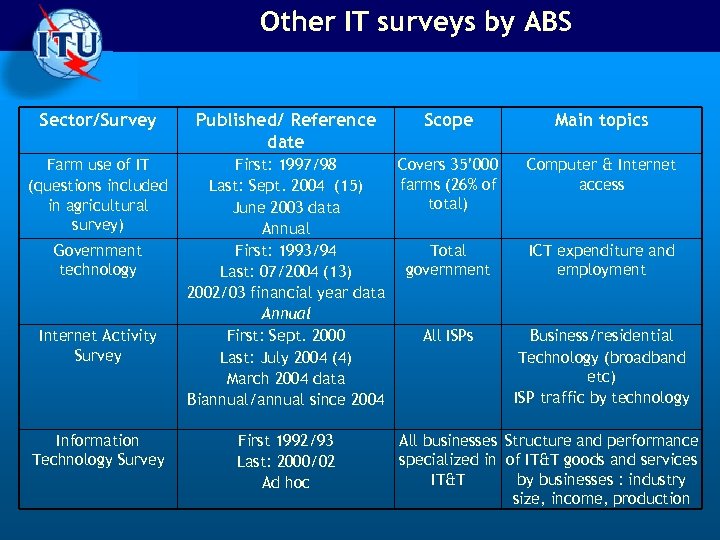 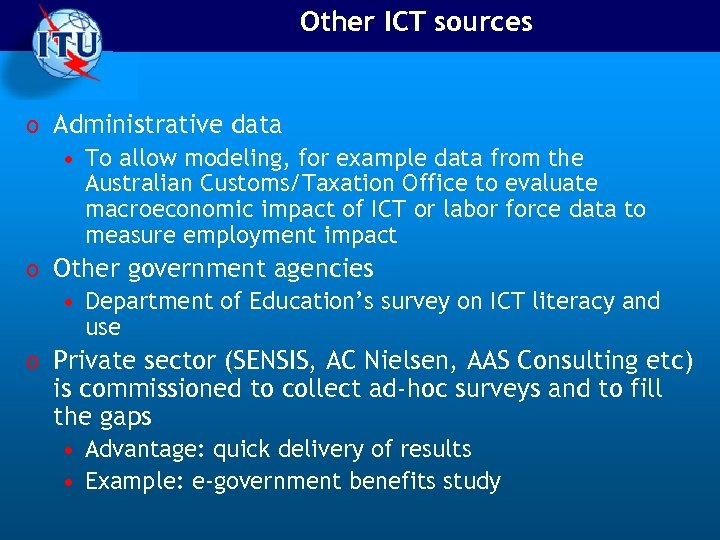 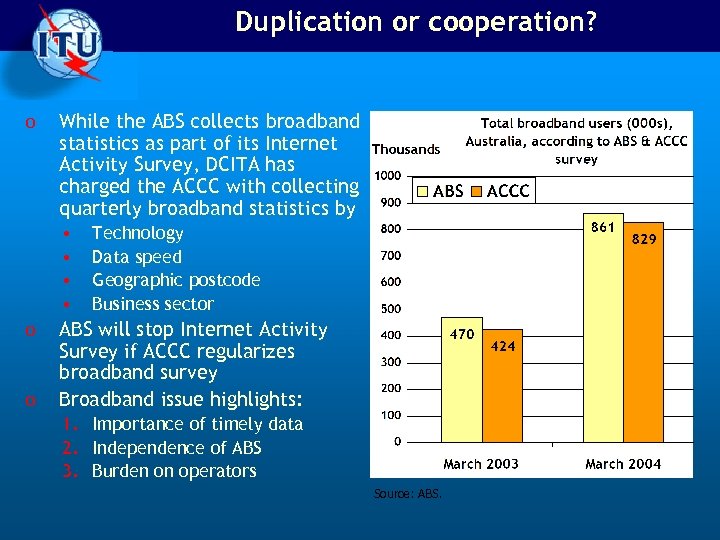 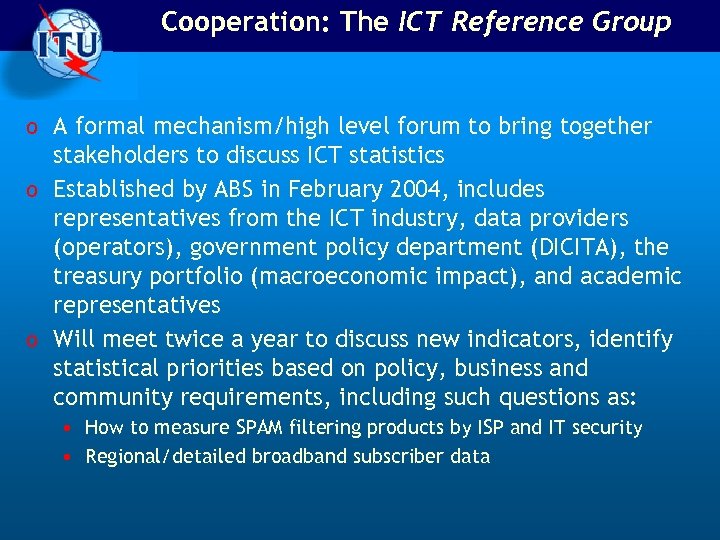 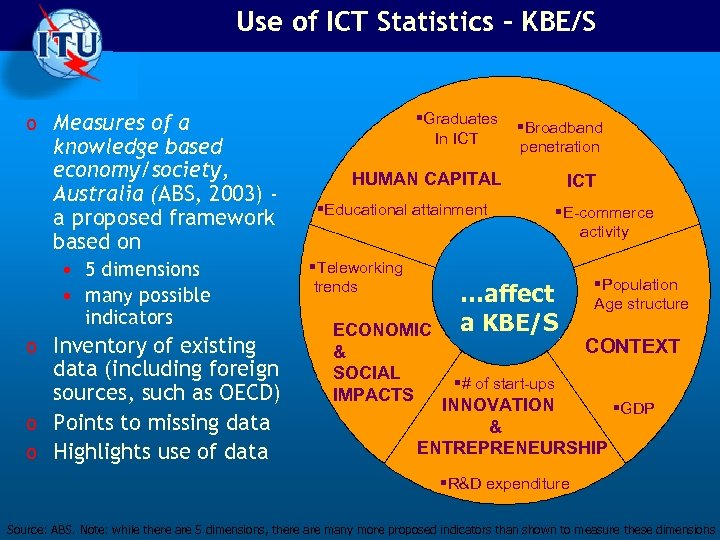 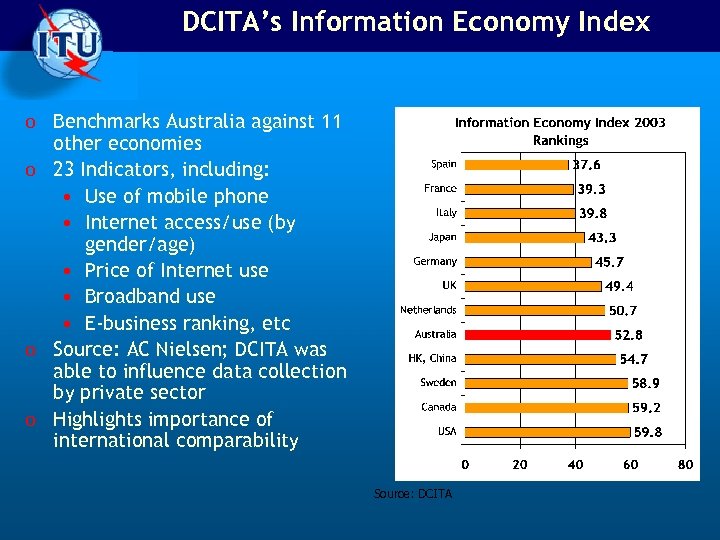 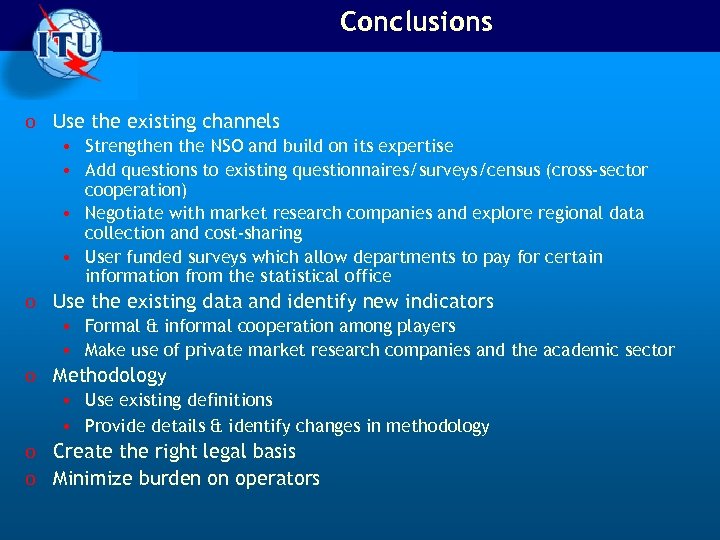 The ABS: ICT statistics and surveys o ABS develops and changes ICT statistics and surveys in line with industry changes and emerging policy needs o Inclusion of IT use questions in 2001 Census of Population & Housing • Computer use at home (by age and sex) • Internet use (by location and sex) • high degree of reliability and detail and useful to analyze the national digital divide

Household use of IT survey (HUIT) o HUIT survey was designed to provide a profile of the uptake and use of information technology in Australian households o Reference group: people aged 18 and older in some 0. 2 percent of Australia’s households (randomly selected) o Frequency: quarterly (1996/98/99/00) annually (since 2001) o Results since 2001 combine data from two different ABS surveys • Survey of Education, Training and IT (carried out between April-August 2001 in 12’ 200 households) • General Social Survey (carried out between March-July 2002, in 15’ 500 households) o Results published in September 2003 refer to 2001/2002 (some 14 -29 months)

HUIT scope & results o Households with access to o o o o PC/Internet Numbers of PCs per household Reason for households being without a PC or the Internet Households with mobile phones Type of web sites accessed Use of PC/Internet (applications/services) Electronic/financial transactions Characteristics of and expenditure on Internet purchases/orders Access to government services via the Internet Source: ABS.

Business use of IT survey (BUIT) o The ABS’s reply to the lack of information on business use o o of IT Reference group: All employing private businesses (680’ 000) Frequency: 5 surveys between 1993 and 2000; annually since 2000 Results released March 2004 refer to June 2003 (9 months) Business characteristics defined by • • • Employment size Income Industry Location (state) Region (Capital cities, other areas)