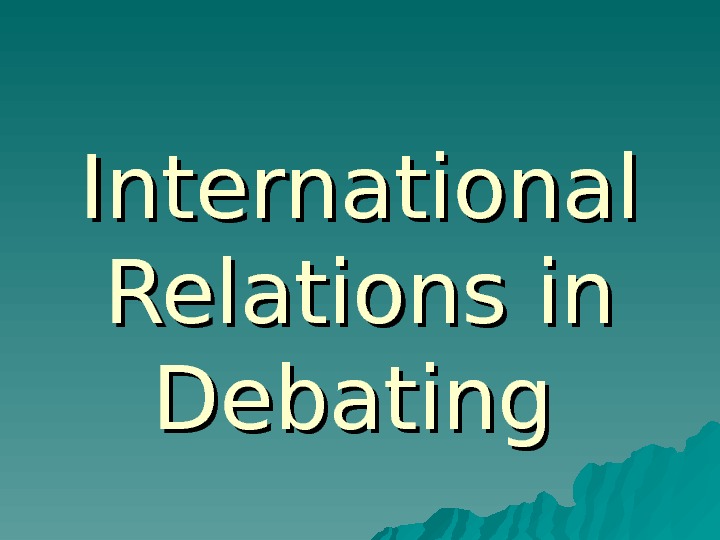 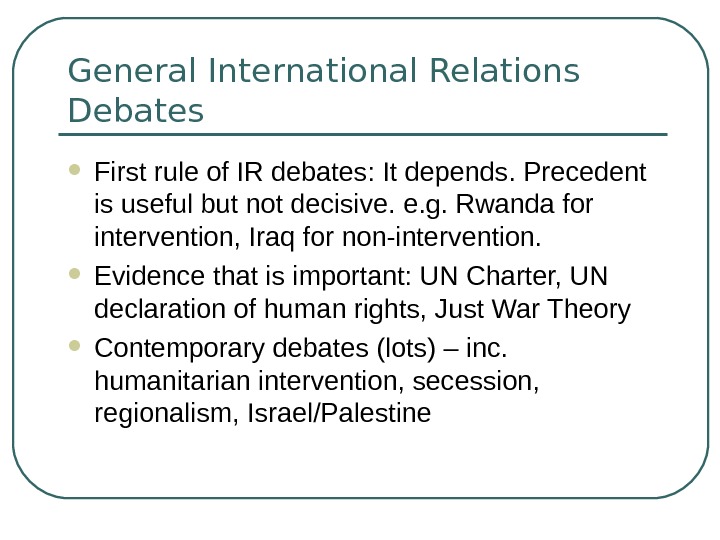 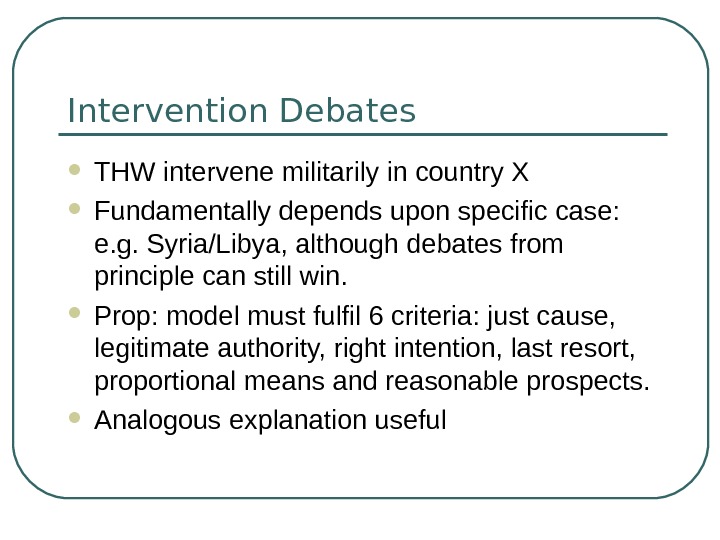 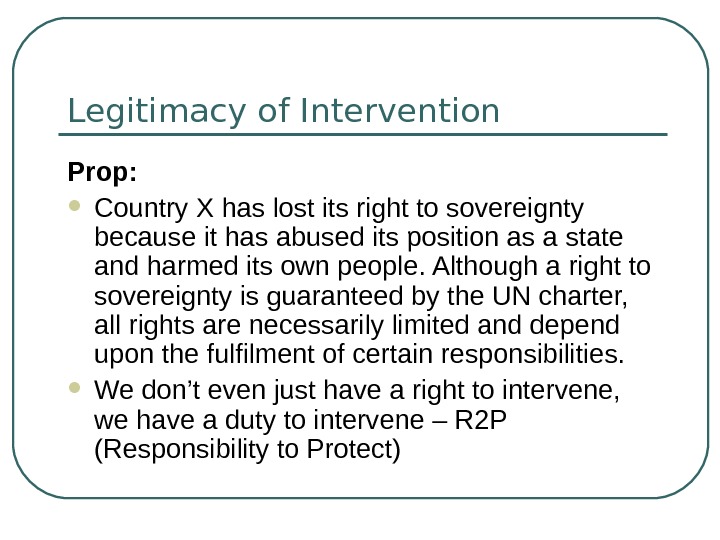 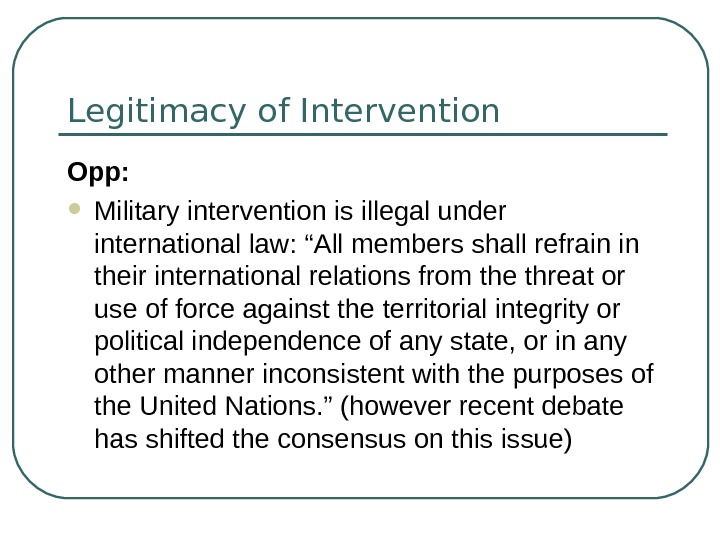 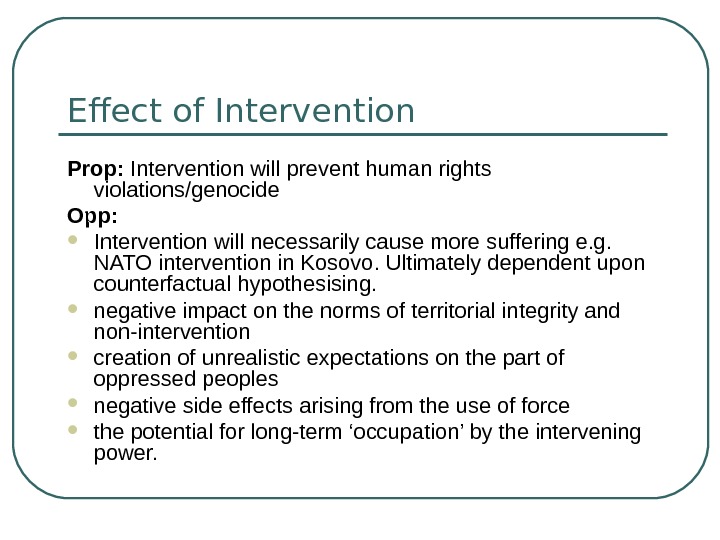 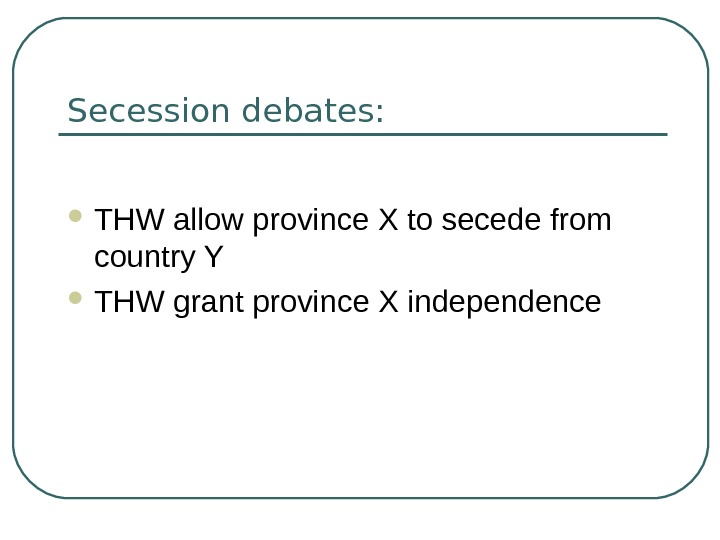 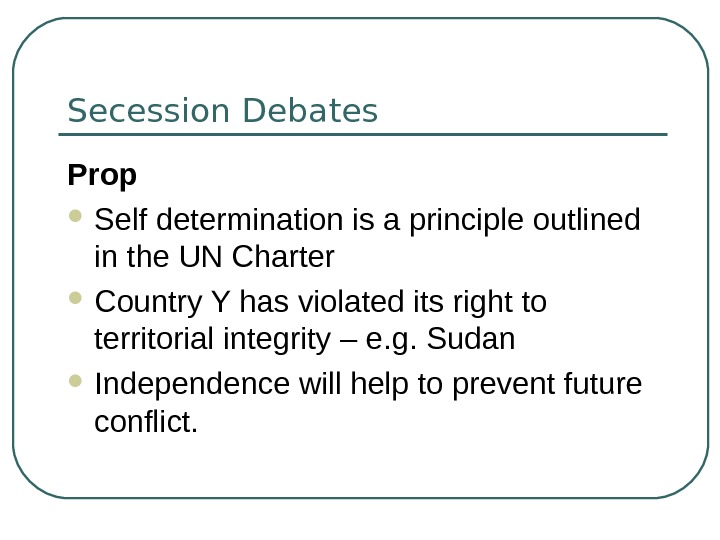 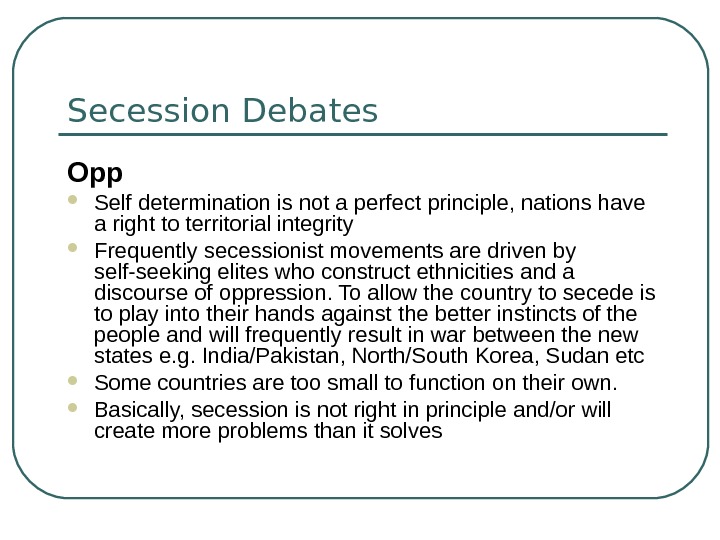 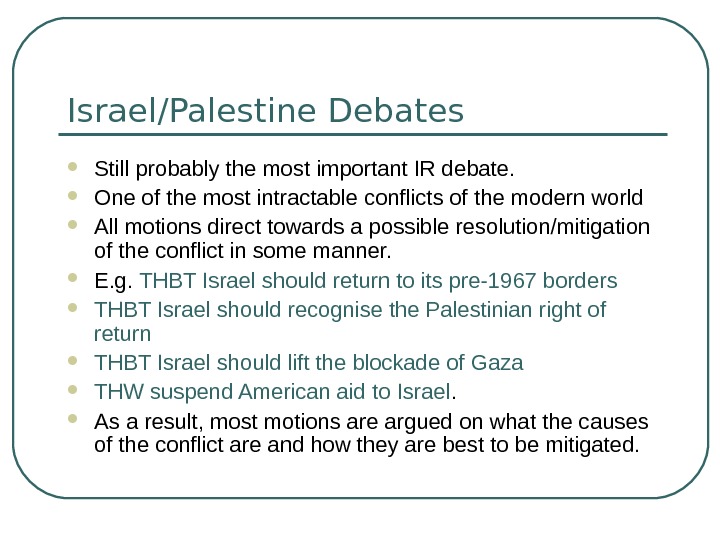 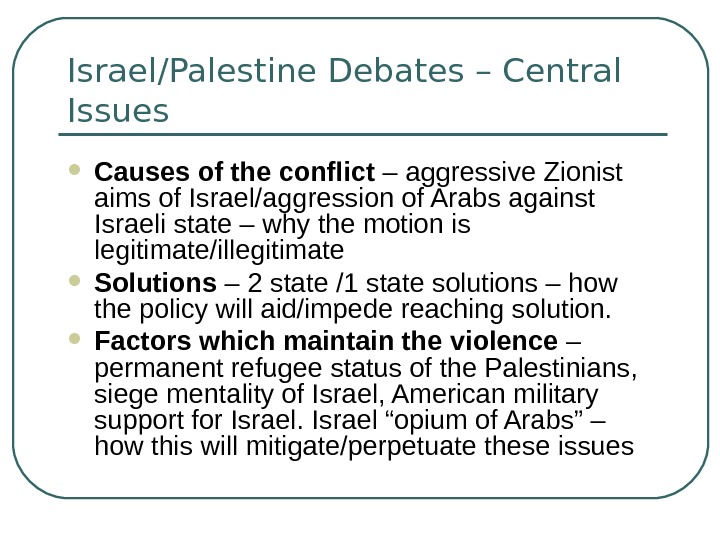 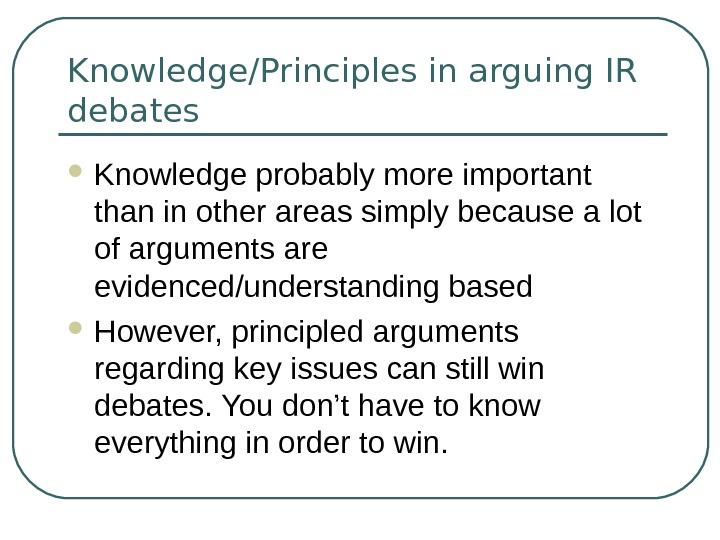 Legitimacy of Intervention Prop: Country X has lost its right to sovereignty because it has abused its position as a state and harmed its own people. Although a right to sovereignty is guaranteed by the UN charter, all rights are necessarily limited and depend upon the fulfilment of certain responsibilities. We don’t even just have a right to intervene, we have a duty to intervene – R 2 P (Responsibility to Protect)

Legitimacy of Intervention Opp: Military intervention is illegal under international law: “All members shall refrain in their international relations from the threat or use of force against the territorial integrity or political independence of any state, or in any other manner inconsistent with the purposes of the United Nations. ” (however recent debate has shifted the consensus on this issue)

Effect of Intervention Prop: Intervention will prevent human rights violations/genocide Opp: Intervention will necessarily cause more suffering e. g. NATO intervention in Kosovo. Ultimately dependent upon counterfactual hypothesising. negative impact on the norms of territorial integrity and non-intervention creation of unrealistic expectations on the part of oppressed peoples negative side effects arising from the use of force the potential for long-term ‘occupation’ by the intervening power.

Secession Debates Prop Self determination is a principle outlined in the UN Charter Country Y has violated its right to territorial integrity – e. g. Sudan Independence will help to prevent future conflict.

Secession Debates Opp Self determination is not a perfect principle, nations have a right to territorial integrity Frequently secessionist movements are driven by self-seeking elites who construct ethnicities and a discourse of oppression. To allow the country to secede is to play into their hands against the better instincts of the people and will frequently result in war between the new states e. g. India/Pakistan, North/South Korea, Sudan etc Some countries are too small to function on their own. Basically, secession is not right in principle and/or will create more problems than it solves

Israel/Palestine Debates – Central Issues Causes of the conflict – aggressive Zionist aims of Israel/aggression of Arabs against Israeli state – why the motion is legitimate/illegitimate Solutions – 2 state /1 state solutions – how the policy will aid/impede reaching solution. Factors which maintain the violence – permanent refugee status of the Palestinians, siege mentality of Israel, American military support for Israel “opium of Arabs” – how this will mitigate/perpetuate these issues

Knowledge/Principles in arguing IR debates Knowledge probably more important than in other areas simply because a lot of arguments are evidenced/understanding based However, principled arguments regarding key issues can still win debates. You don’t have to know everything in order to win.