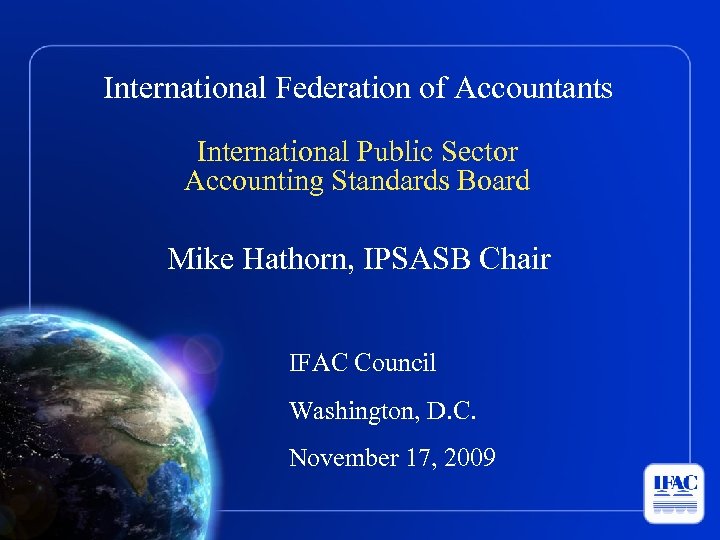 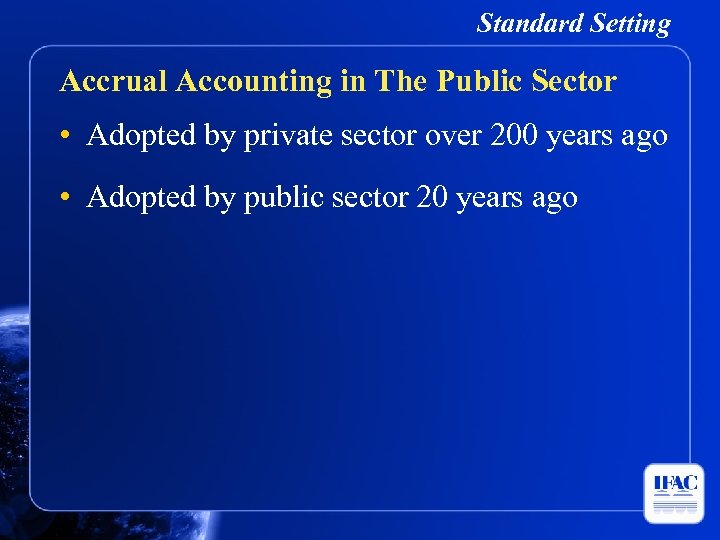 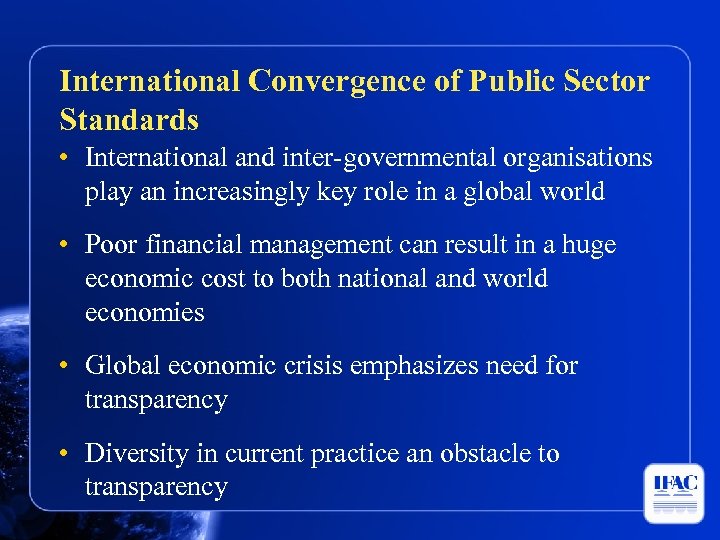 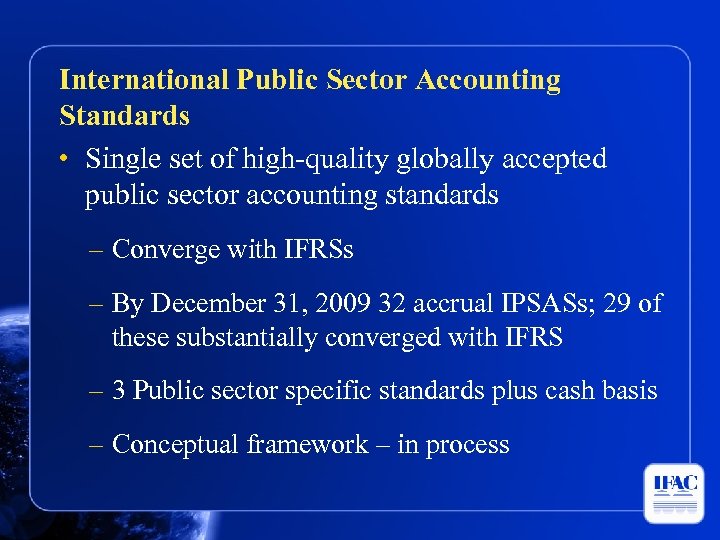 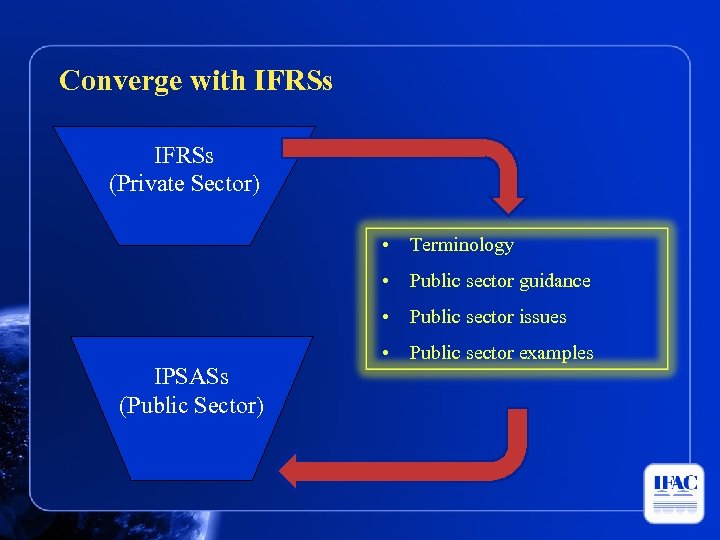 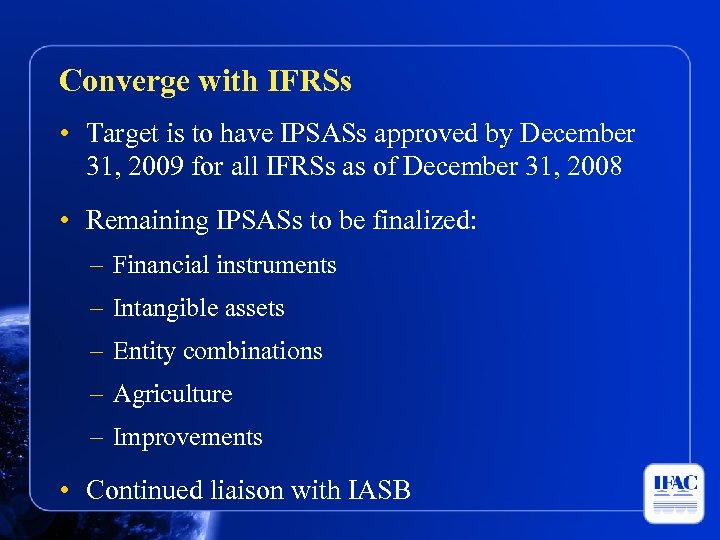 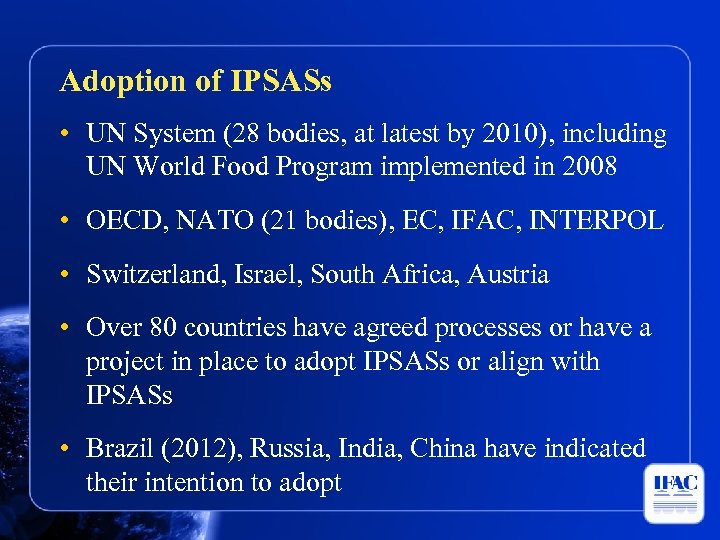 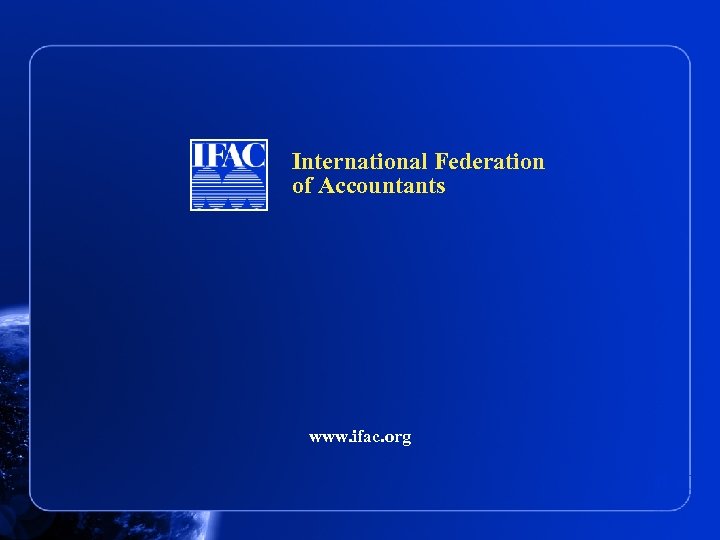 Converge with IFRSs • Target is to have IPSASs approved by December 31, 2009 for all IFRSs as of December 31, 2008 • Remaining IPSASs to be finalized: – Financial instruments – Intangible assets – Entity combinations – Agriculture – Improvements • Continued liaison with IASB

Adoption of IPSASs • UN System (28 bodies, at latest by 2010), including UN World Food Program implemented in 2008 • OECD, NATO (21 bodies), EC, IFAC, INTERPOL • Switzerland, Israel, South Africa, Austria • Over 80 countries have agreed processes or have a project in place to adopt IPSASs or align with IPSASs • Brazil (2012), Russia, India, China have indicated their intention to adopt