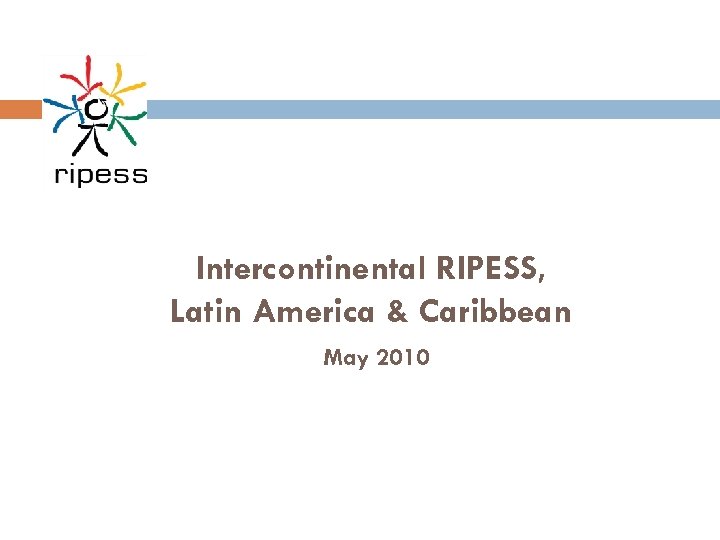 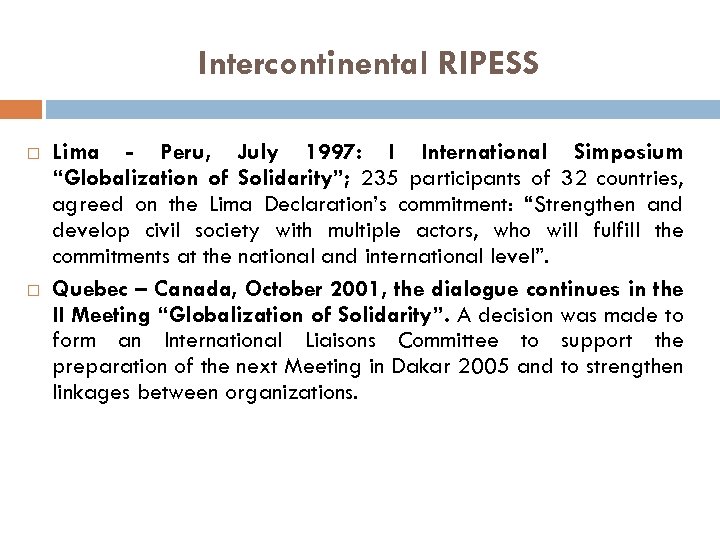 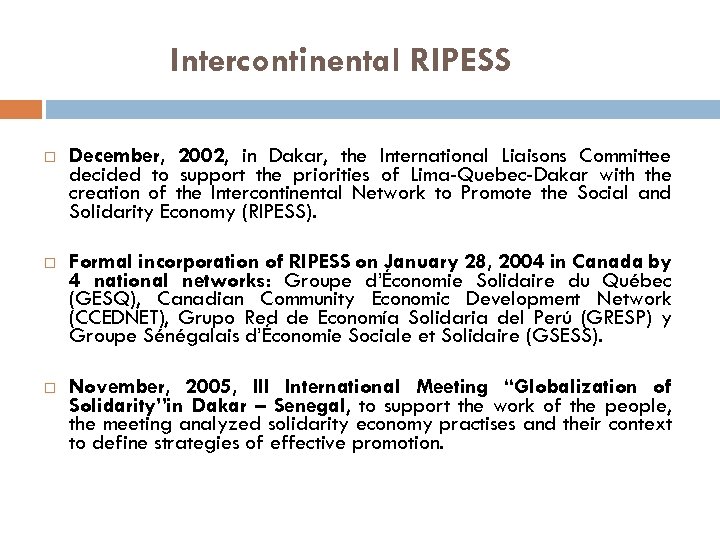 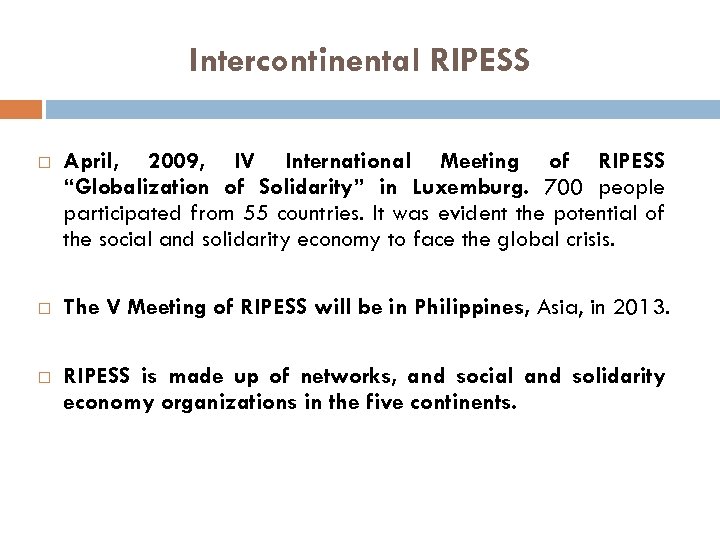 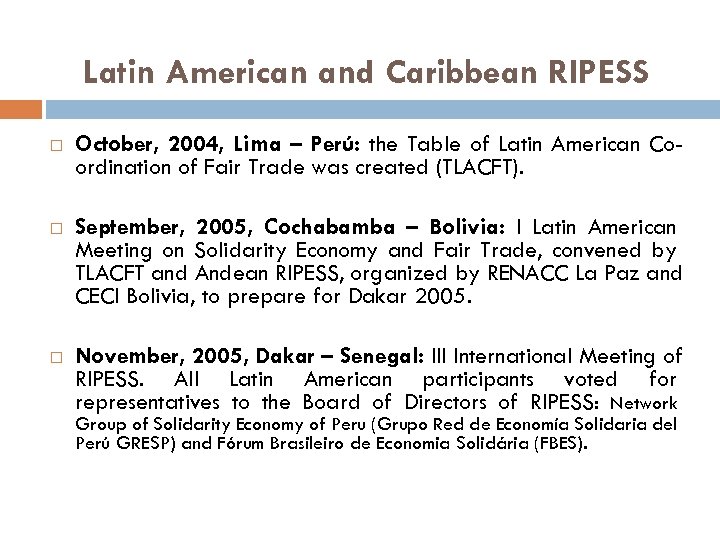 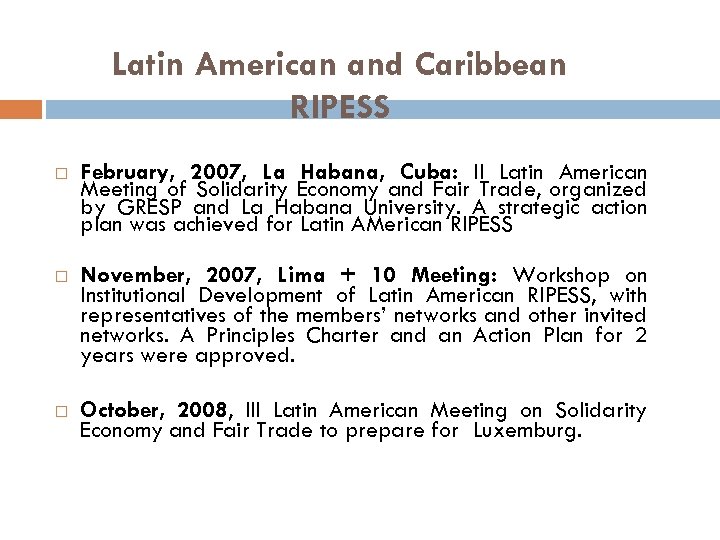 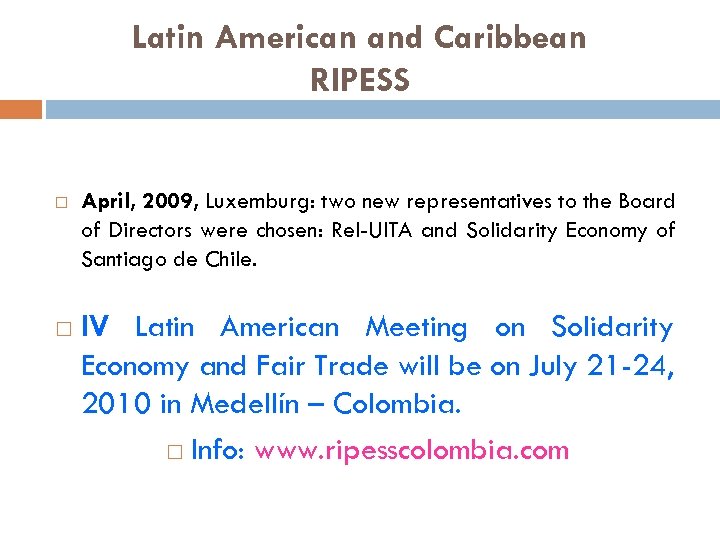 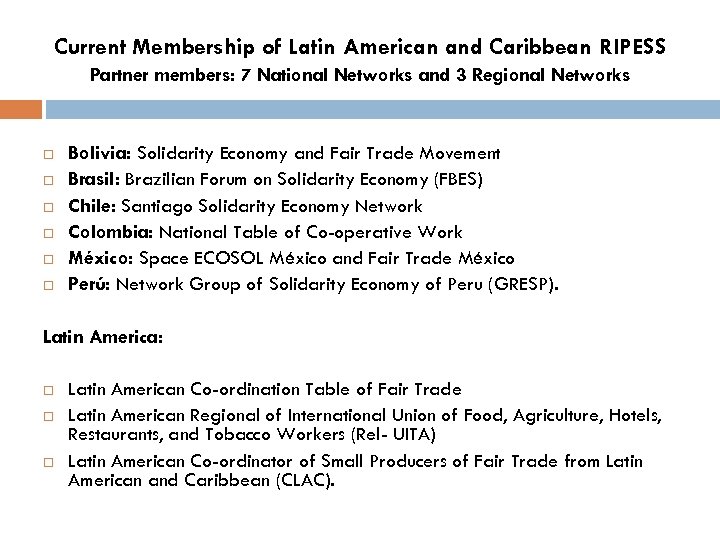 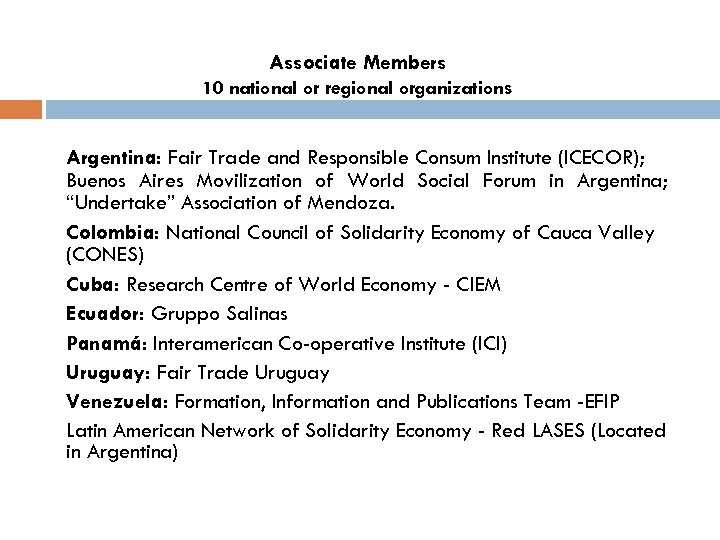 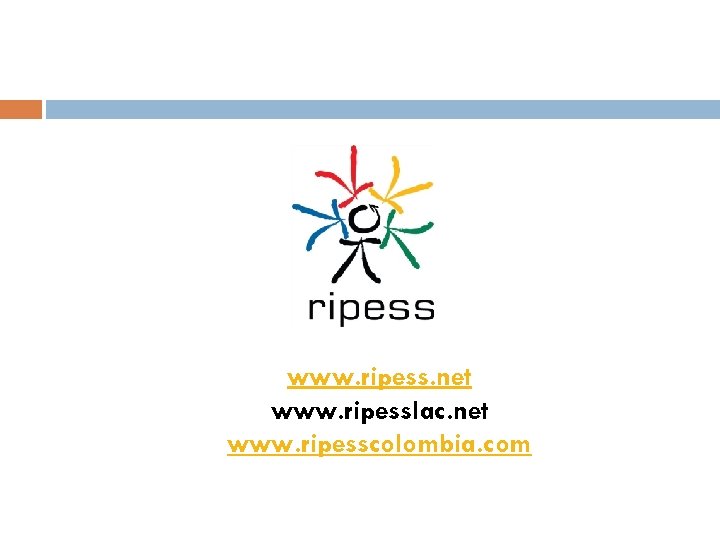 Intercontinental RIPESS Lima - Peru, July 1997: I International Simposium “Globalization of Solidarity”; 235 participants of 32 countries, agreed on the Lima Declaration’s commitment: “Strengthen and develop civil society with multiple actors, who will fulfill the commitments at the national and international level”. Quebec – Canada, October 2001, the dialogue continues in the II Meeting “Globalization of Solidarity”. A decision was made to form an International Liaisons Committee to support the preparation of the next Meeting in Dakar 2005 and to strengthen linkages between organizations.

Intercontinental RIPESS April, 2009, IV International Meeting of RIPESS “Globalization of Solidarity” in Luxemburg. 700 people participated from 55 countries. It was evident the potential of the social and solidarity economy to face the global crisis. The V Meeting of RIPESS will be in Philippines, Asia, in 2013. RIPESS is made up of networks, and social and solidarity economy organizations in the five continents.