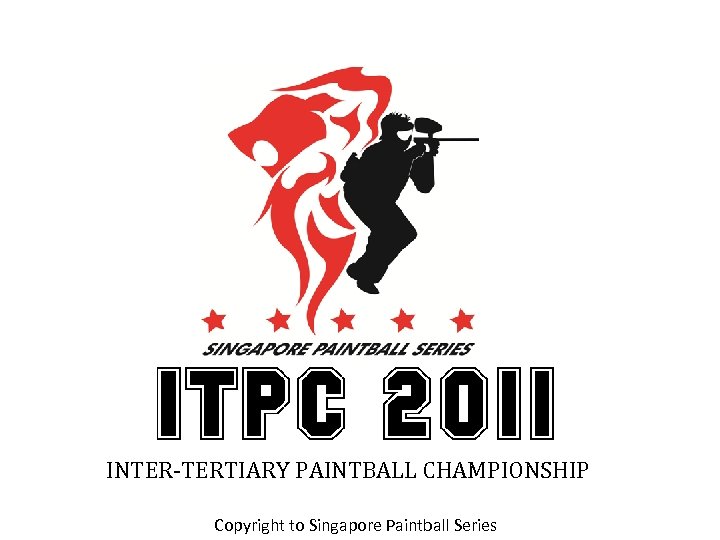 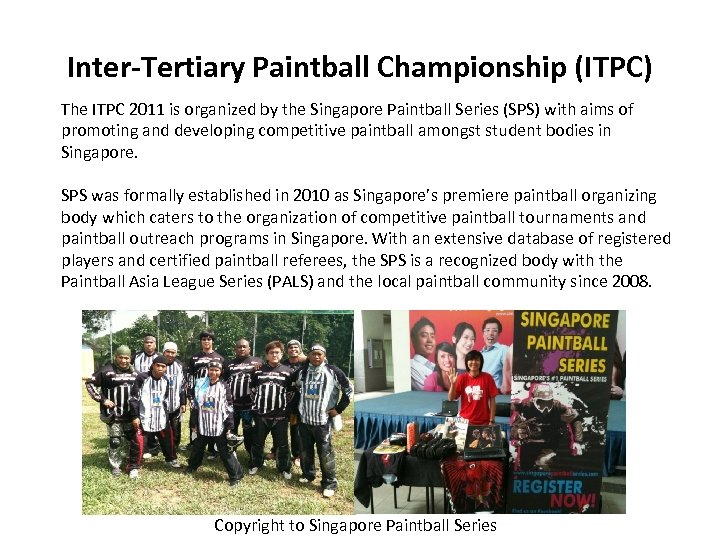 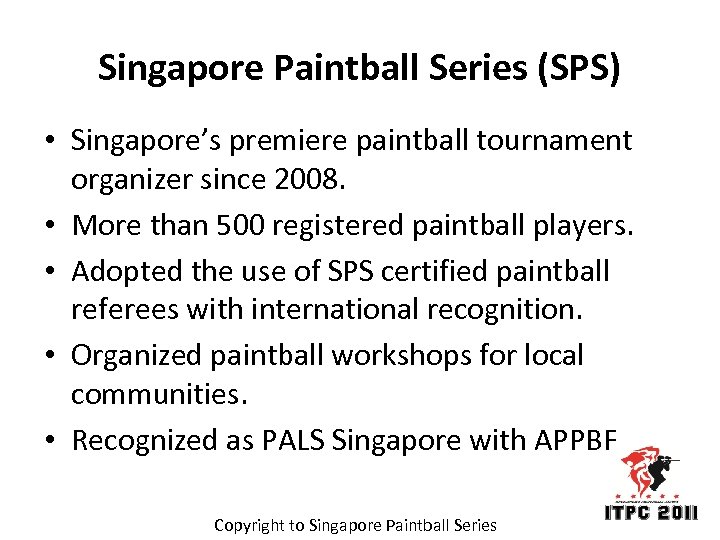 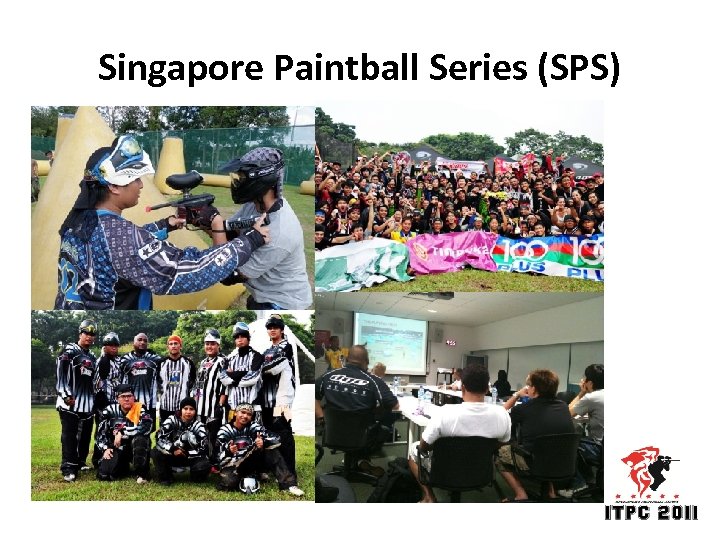 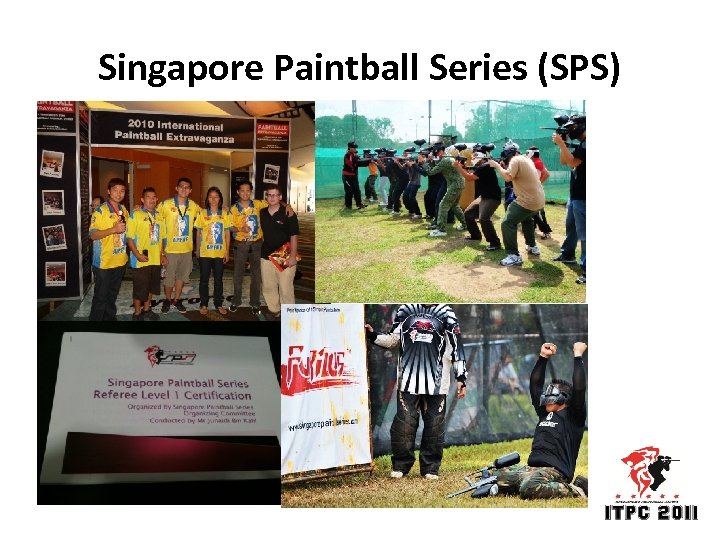 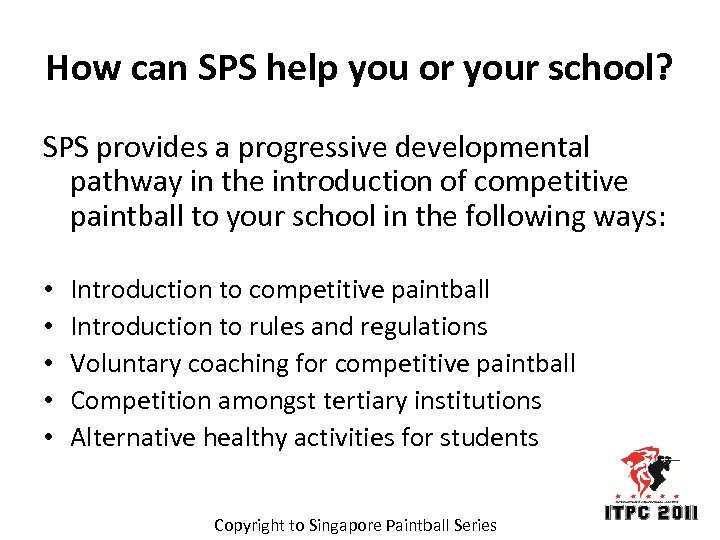 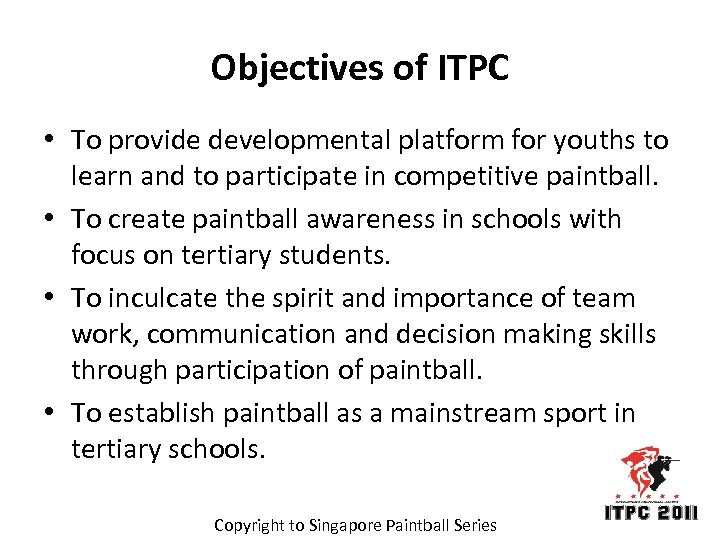 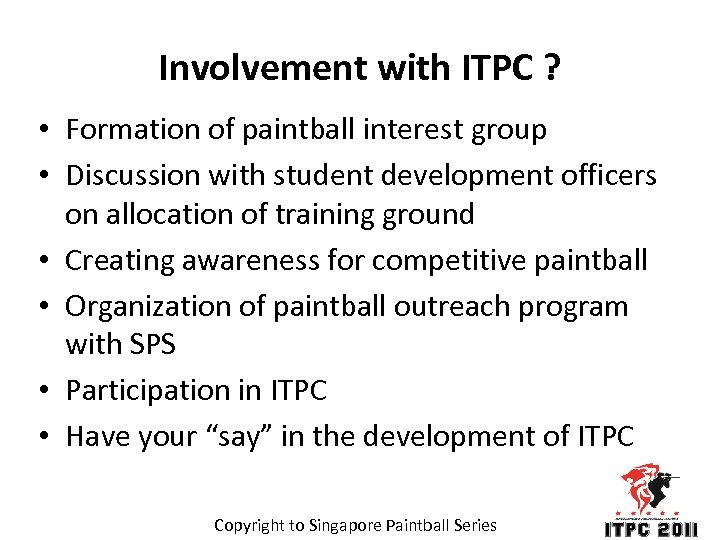 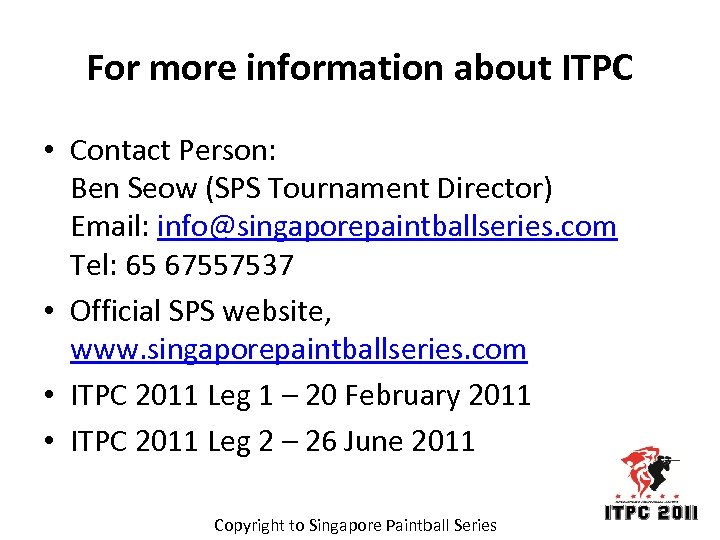 Objectives of ITPC • To provide developmental platform for youths to learn and to participate in competitive paintball. • To create paintball awareness in schools with focus on tertiary students. • To inculcate the spirit and importance of team work, communication and decision making skills through participation of paintball. • To establish paintball as a mainstream sport in tertiary schools. Copyright to Singapore Paintball Series

Involvement with ITPC ? • Formation of paintball interest group • Discussion with student development officers on allocation of training ground • Creating awareness for competitive paintball • Organization of paintball outreach program with SPS • Participation in ITPC • Have your “say” in the development of ITPC Copyright to Singapore Paintball Series