Initial Speech for the Round Table at the 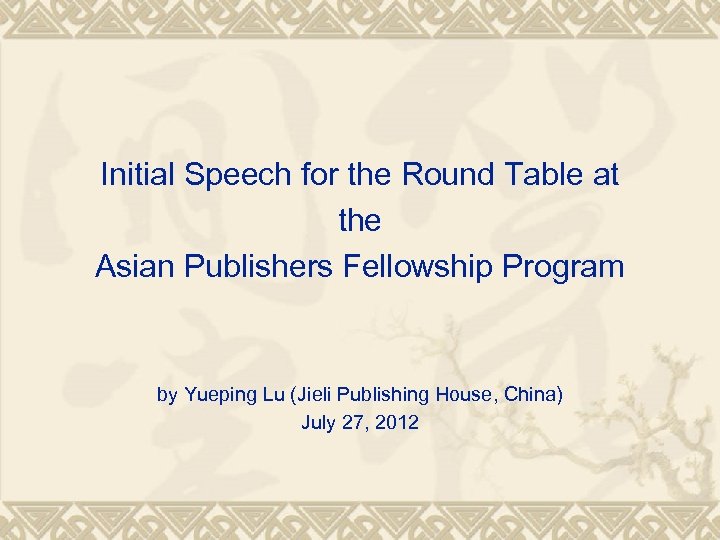 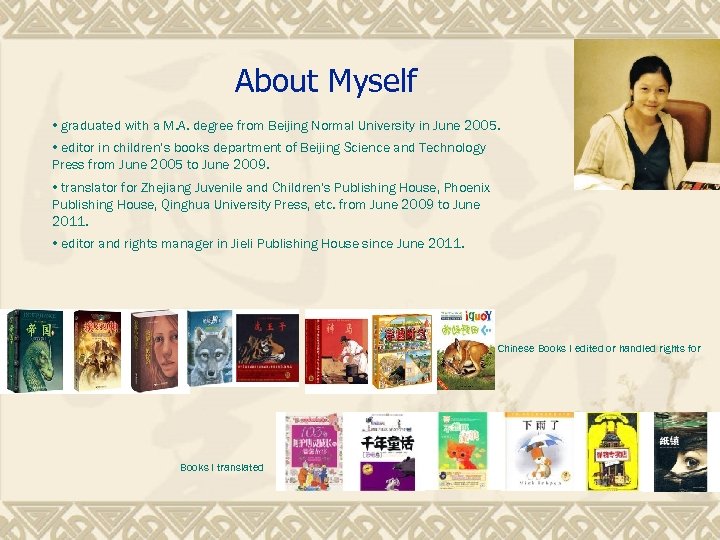 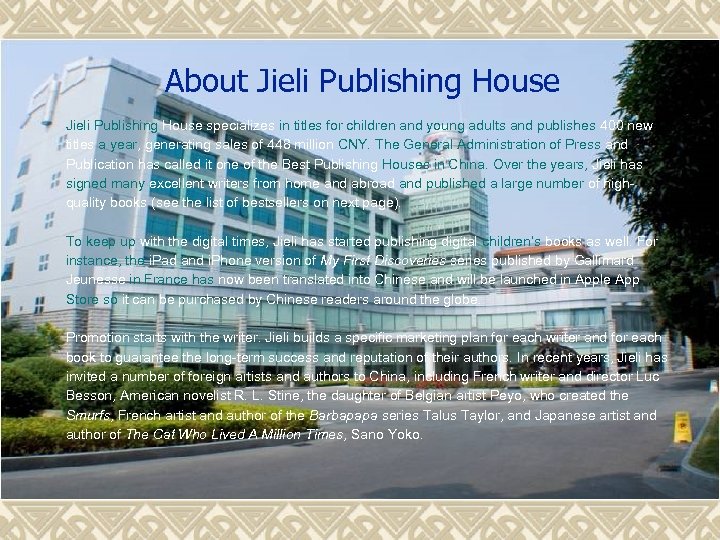 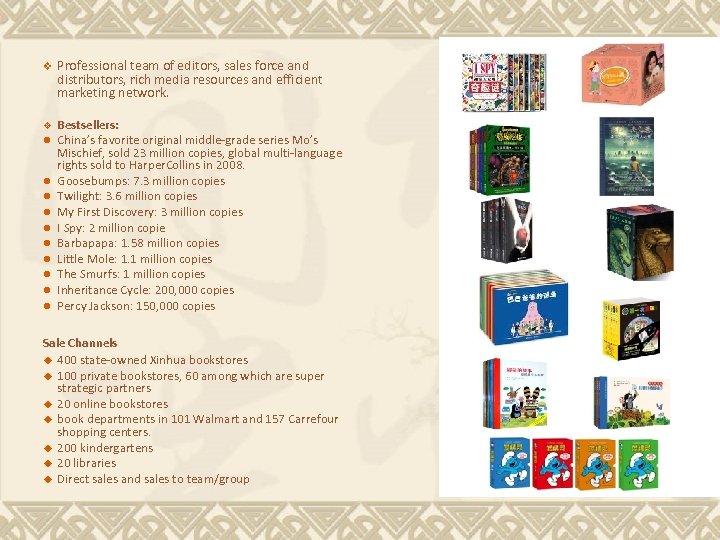 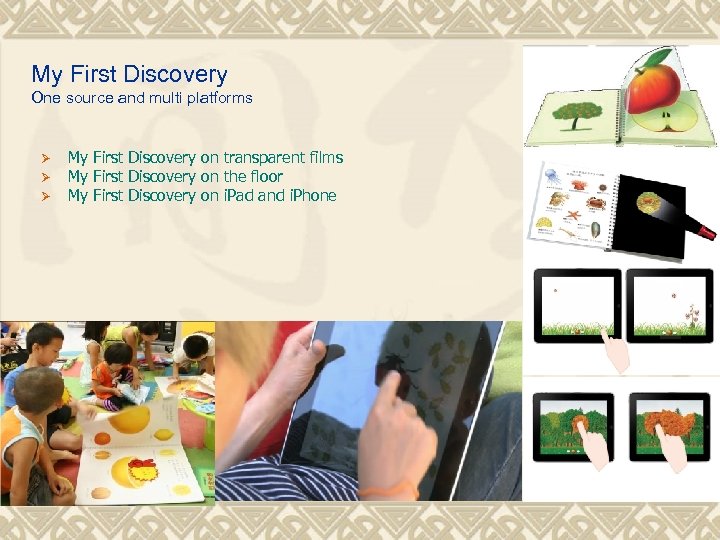 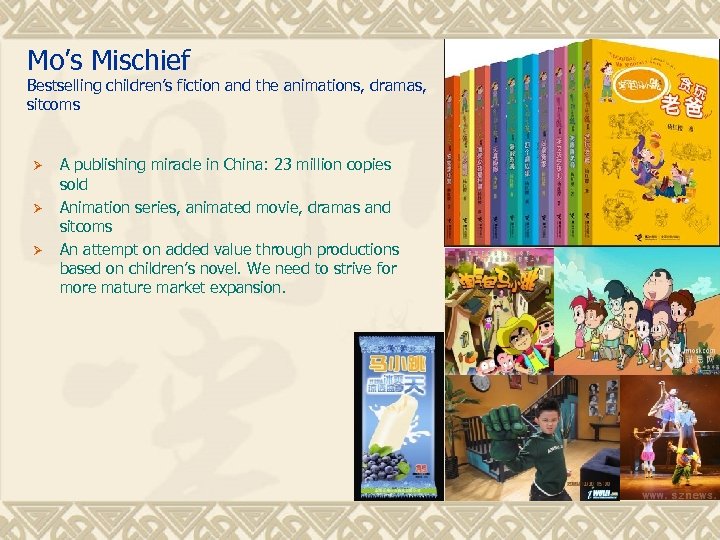 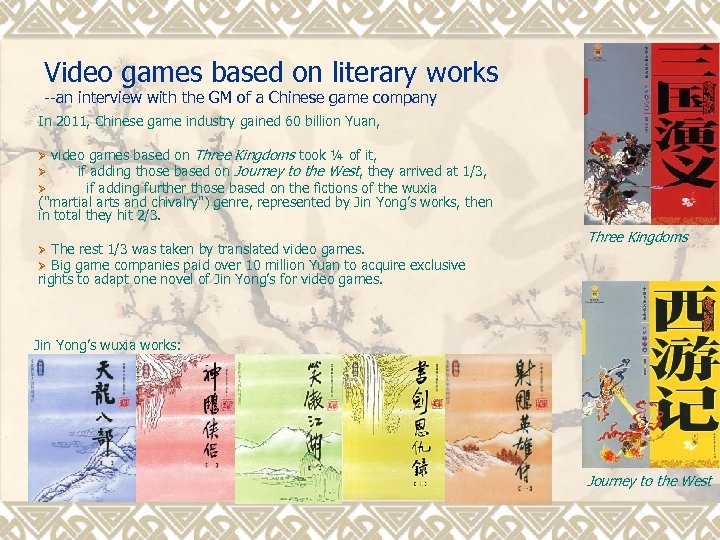 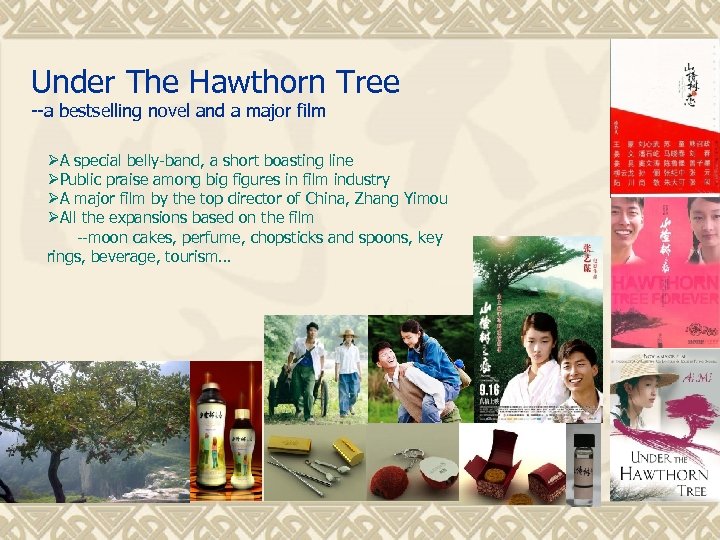 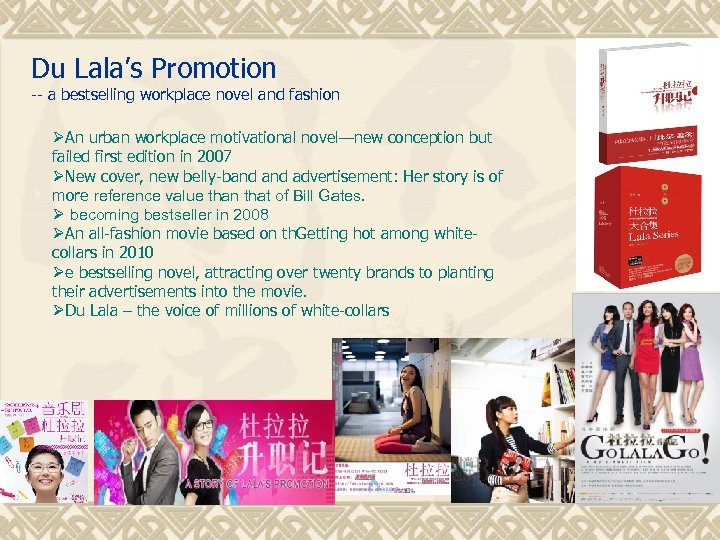 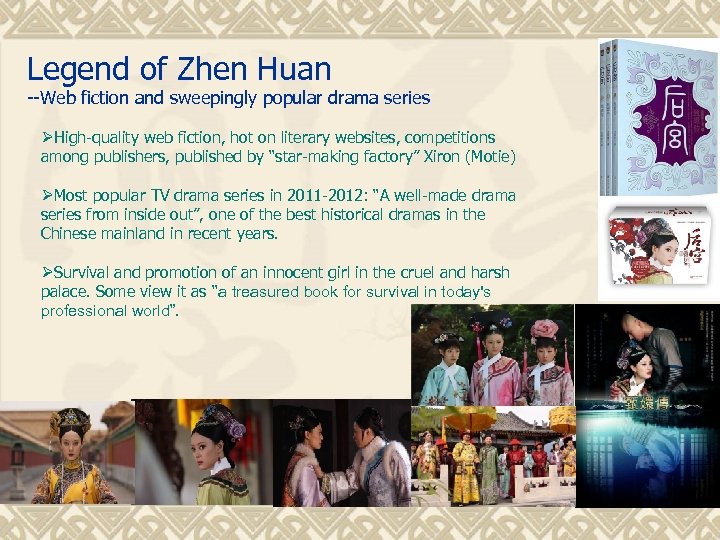 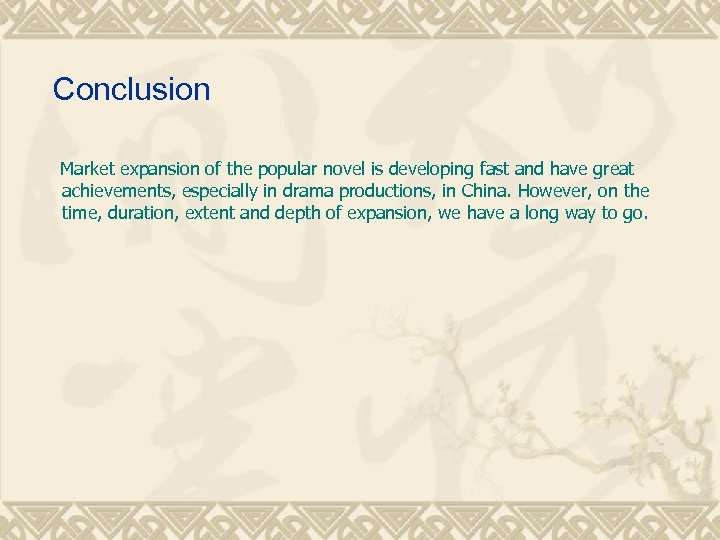 Скачать презентацию Initial Speech for the Round Table at the

Initial Speech for the Round Table at the Asian Publishers Fellowship Program by Yueping Lu (Jieli Publishing House, China) July 27, 2012

About Jieli Publishing House specializes in titles for children and young adults and publishes 400 new titles a year, generating sales of 448 million CNY. The General Administration of Press and Publication has called it one of the Best Publishing Houses in China. Over the years, Jieli has signed many excellent writers from home and abroad and published a large number of highquality books (see the list of bestsellers on next page). To keep up with the digital times, Jieli has started publishing digital children’s books as well. For instance, the i. Pad and i. Phone version of My First Discoveries series published by Gallimard Jeunesse in France has now been translated into Chinese and will be launched in Apple App Store so it can be purchased by Chinese readers around the globe. Promotion starts with the writer. Jieli builds a specific marketing plan for each writer and for each book to guarantee the long-term success and reputation of their authors. In recent years, Jieli has invited a number of foreign artists and authors to China, including French writer and director Luc Besson, American novelist R. L. Stine, the daughter of Belgian artist Peyo, who created the Smurfs, French artist and author of the Barbapapa series Talus Taylor, and Japanese artist and author of The Cat Who Lived A Million Times, Sano Yoko.

Video games based on literary works --an interview with the GM of a Chinese game company In 2011, Chinese game industry gained 60 billion Yuan, Ø video games based on Three Kingdoms took ¼ of it, Ø if adding those based on Journey to the West, they arrived at 1/3, Ø if adding further those based on the fictions of the wuxia ("martial arts and chivalry") genre, represented by Jin Yong’s works, then in total they hit 2/3. Ø The rest 1/3 was taken by translated video games. Three Kingdoms Ø Big game companies paid over 10 million Yuan to acquire exclusive rights to adapt one novel of Jin Yong’s for video games. Jin Yong’s wuxia works: Journey to the West

Under The Hawthorn Tree --a bestselling novel and a major film ØA special belly-band, a short boasting line ØPublic praise among big figures in film industry ØA major film by the top director of China, Zhang Yimou ØAll the expansions based on the film --moon cakes, perfume, chopsticks and spoons, key rings, beverage, tourism…

Du Lala’s Promotion -- a bestselling workplace novel and fashion ØAn urban workplace motivational novel—new conception but failed first edition in 2007 ØNew cover, new belly-band advertisement: Her story is of more reference value than that of Bill Gates. Ø becoming bestseller in 2008 ØAn all-fashion movie based on th. Getting hot among whitecollars in 2010 Øe bestselling novel, attracting over twenty brands to planting their advertisements into the movie. ØDu Lala – the voice of millions of white-collars

Legend of Zhen Huan --Web fiction and sweepingly popular drama series ØHigh-quality web fiction, hot on literary websites, competitions among publishers, published by “star-making factory” Xiron (Motie) ØMost popular TV drama series in 2011 -2012: “A well-made drama series from inside out”, one of the best historical dramas in the Chinese mainland in recent years. ØSurvival and promotion of an innocent girl in the cruel and harsh palace. Some view it as “a treasured book for survival in today's professional world”.

Conclusion Market expansion of the popular novel is developing fast and have great achievements, especially in drama productions, in China. However, on the time, duration, extent and depth of expansion, we have a long way to go.