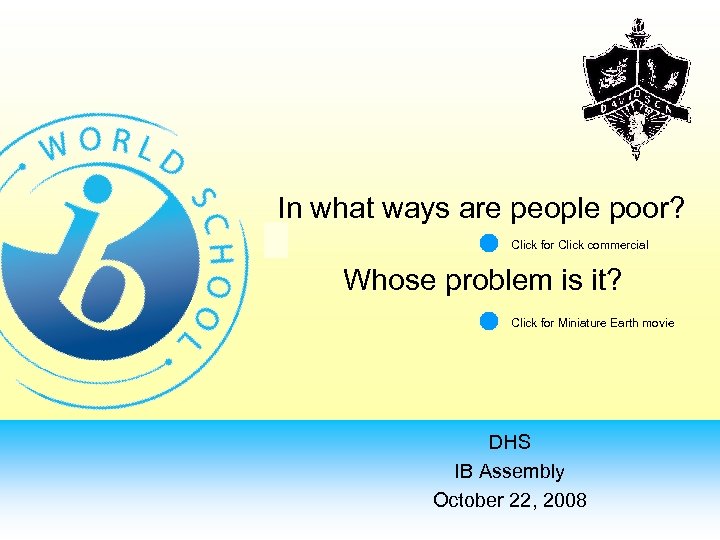 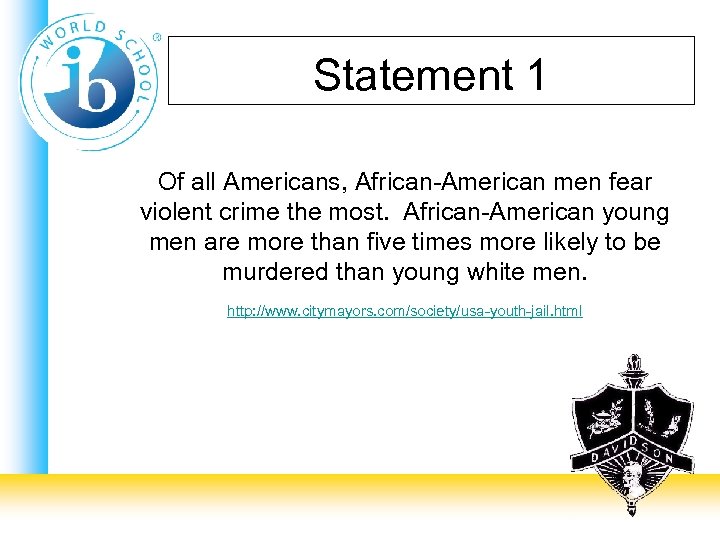 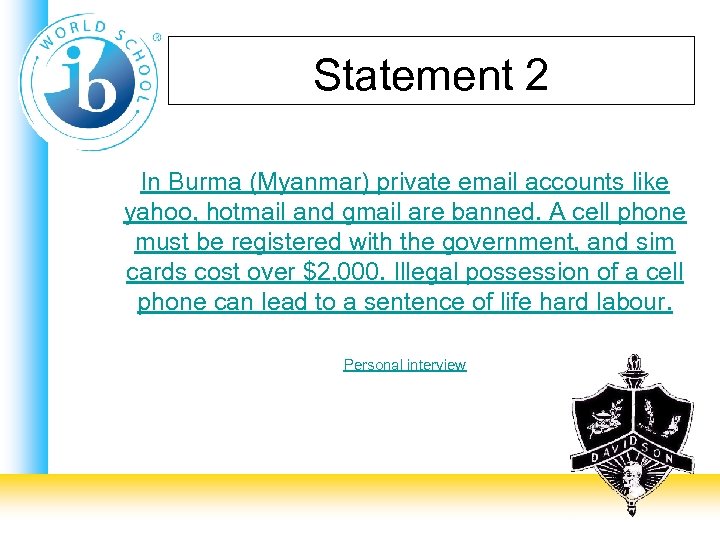 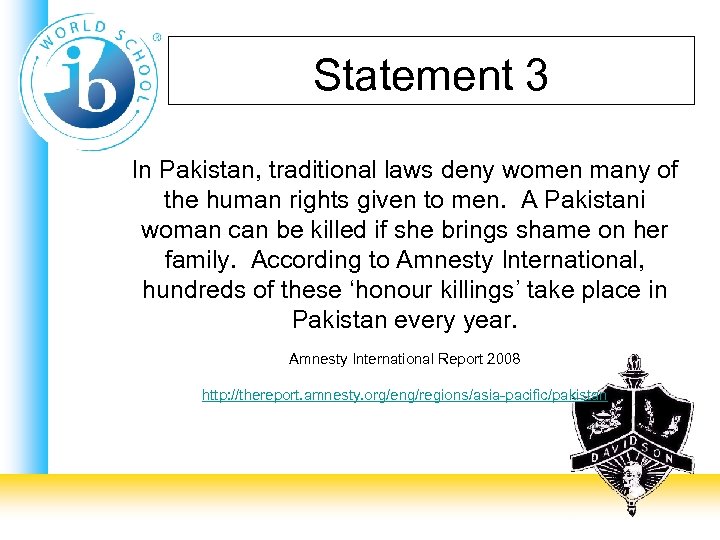 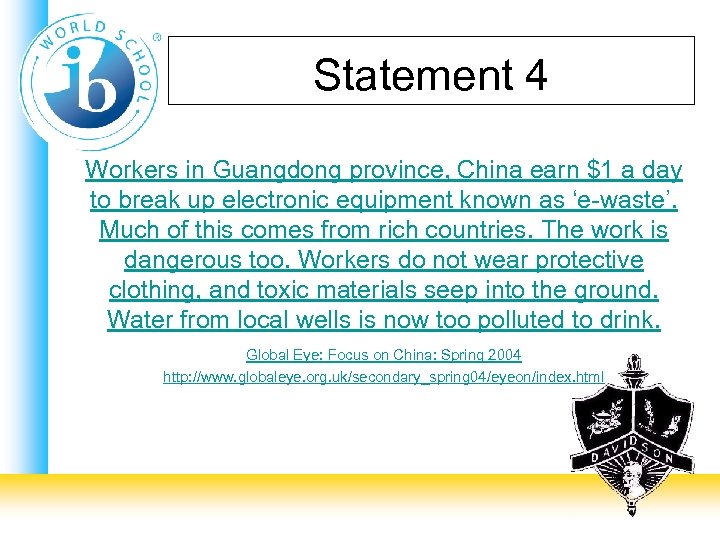 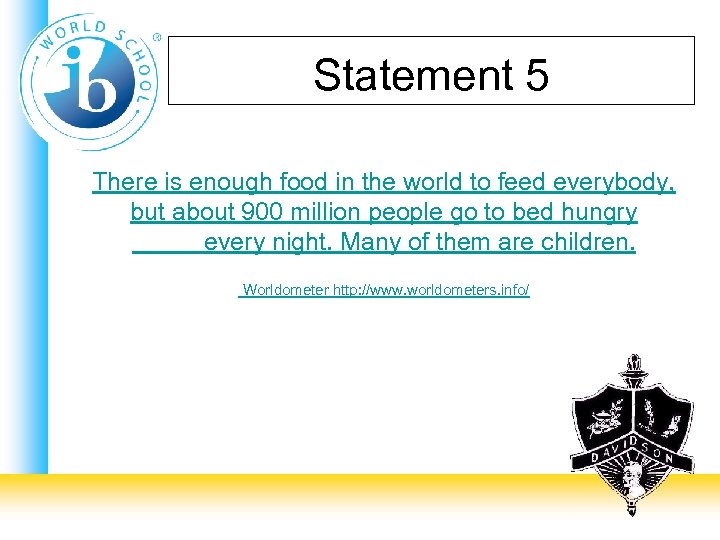 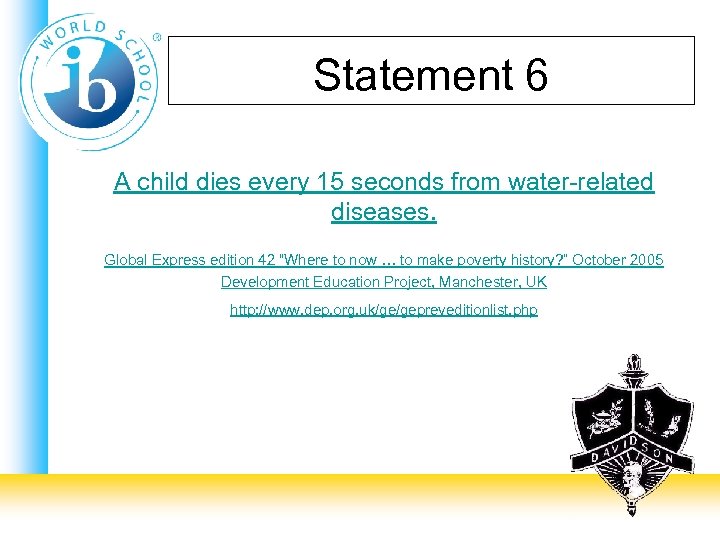 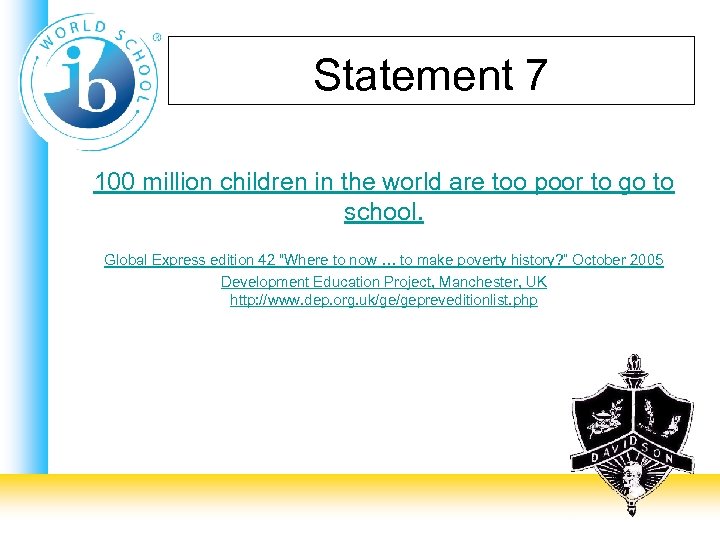 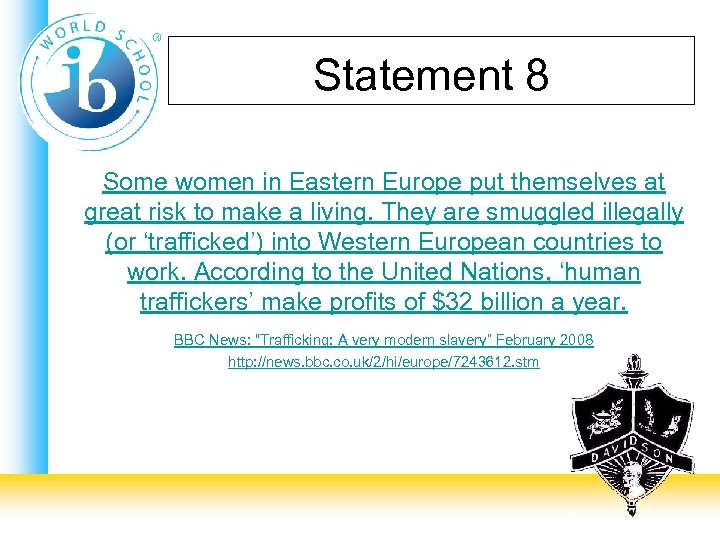 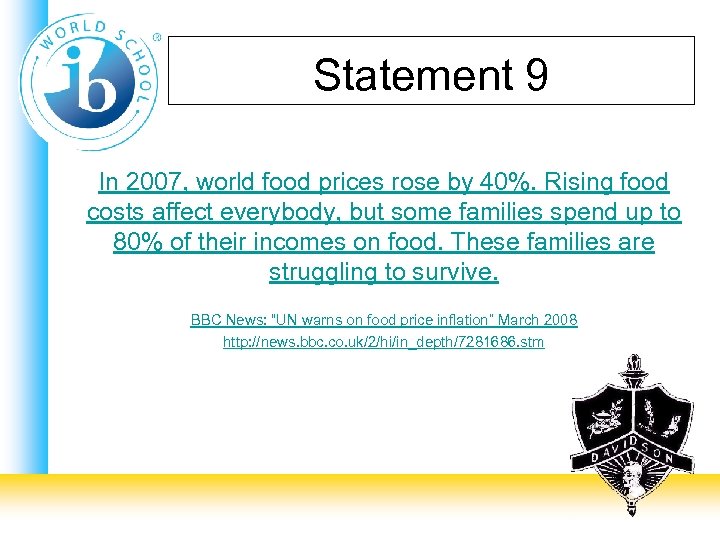 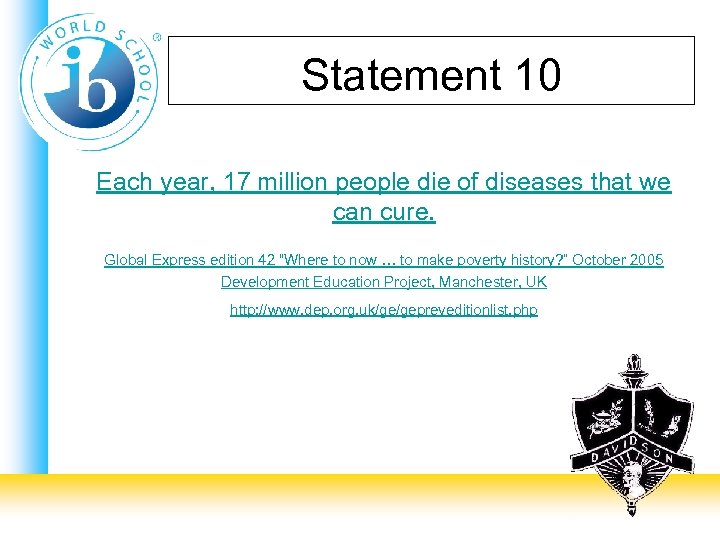 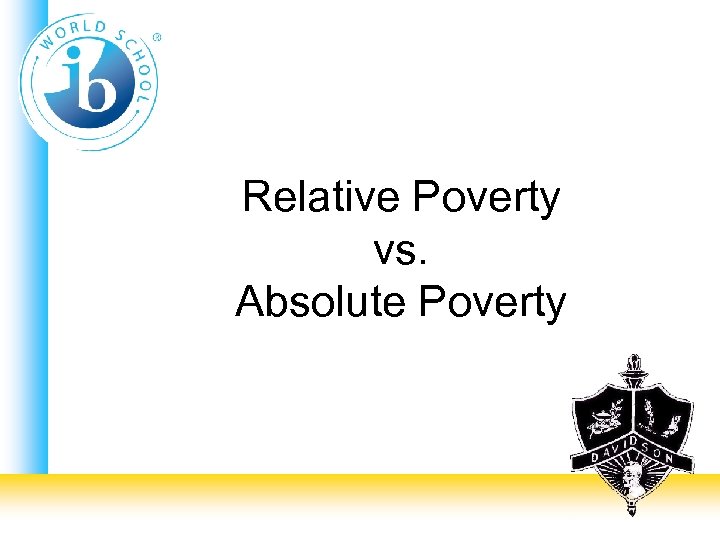 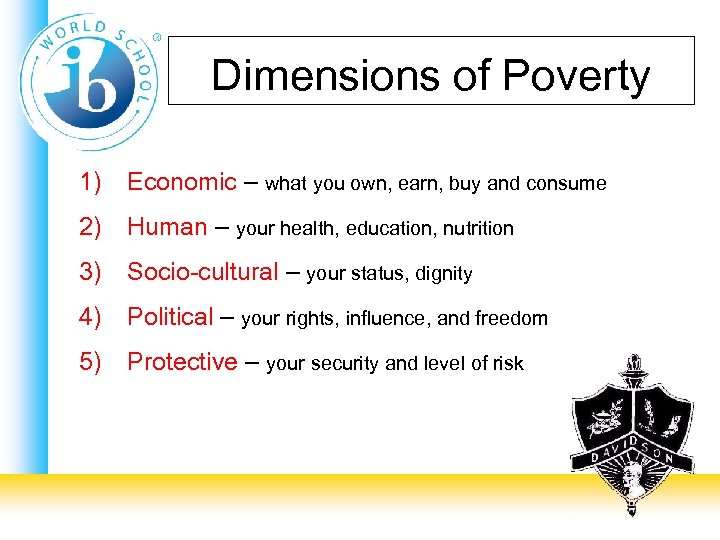 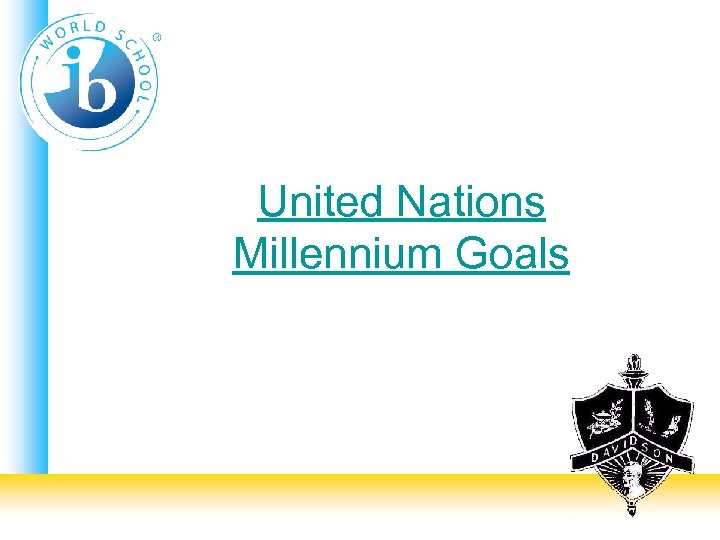 Скачать презентацию In what ways are people poor Click for

Statement 2 In Burma (Myanmar) private email accounts like yahoo, hotmail and gmail are banned. A cell phone must be registered with the government, and sim cards cost over $2, 000. Illegal possession of a cell phone can lead to a sentence of life hard labour. Personal interview

Statement 3 In Pakistan, traditional laws deny women many of the human rights given to men. A Pakistani woman can be killed if she brings shame on her family. According to Amnesty International, hundreds of these ‘honour killings’ take place in Pakistan every year. Amnesty International Report 2008 http: //thereport. amnesty. org/eng/regions/asia-pacific/pakistan

Statement 4 Workers in Guangdong province, China earn $1 a day to break up electronic equipment known as ‘e-waste’. Much of this comes from rich countries. The work is dangerous too. Workers do not wear protective clothing, and toxic materials seep into the ground. Water from local wells is now too polluted to drink. Global Eye: Focus on China: Spring 2004 http: //www. globaleye. org. uk/secondary_spring 04/eyeon/index. html

Statement 5 There is enough food in the world to feed everybody, but about 900 million people go to bed hungry every night. Many of them are children. Worldometer http: //www. worldometers. info/

Statement 8 Some women in Eastern Europe put themselves at great risk to make a living. They are smuggled illegally (or ‘trafficked’) into Western European countries to work. According to the United Nations, ‘human traffickers’ make profits of $32 billion a year. BBC News: “Trafficking: A very modern slavery” February 2008 http: //news. bbc. co. uk/2/hi/europe/7243612. stm

Dimensions of Poverty 1) Economic – what you own, earn, buy and consume 2) Human – your health, education, nutrition 3) Socio-cultural – your status, dignity 4) Political – your rights, influence, and freedom 5) Protective – your security and level of risk