In the beginning When God 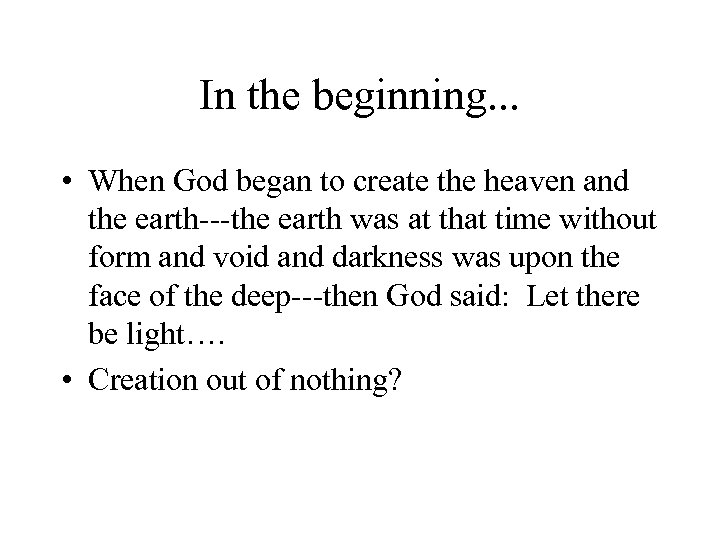 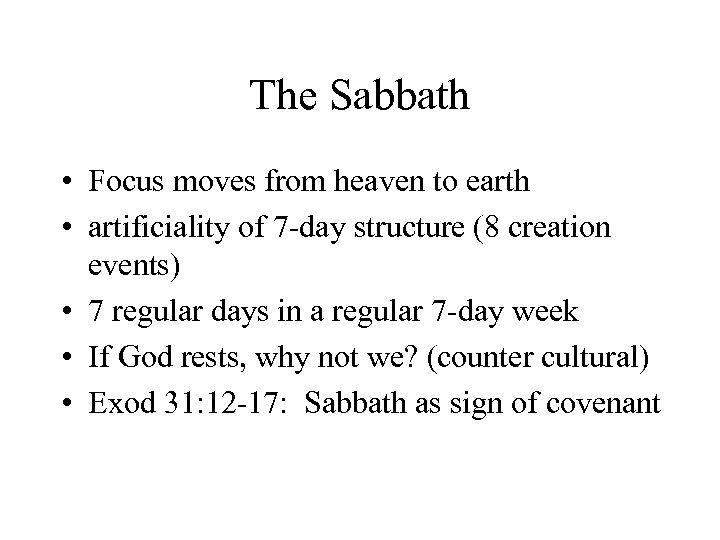 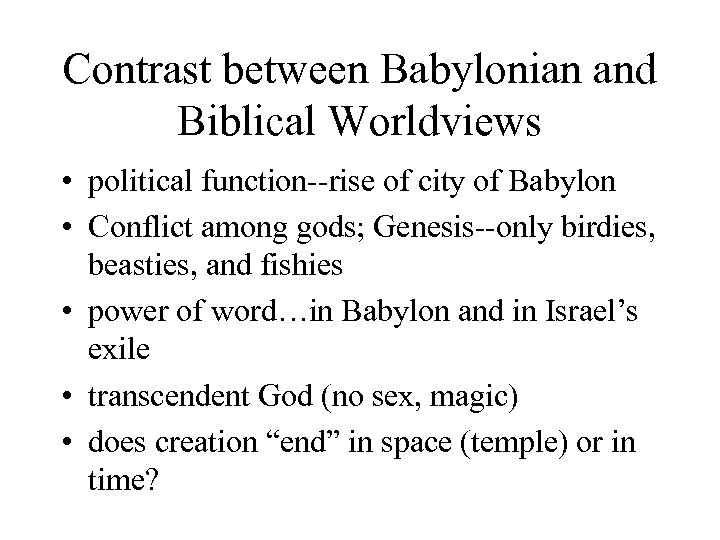 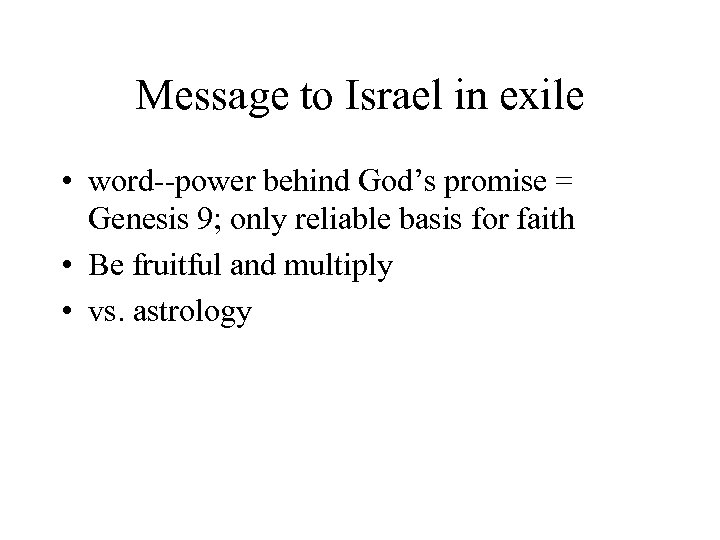 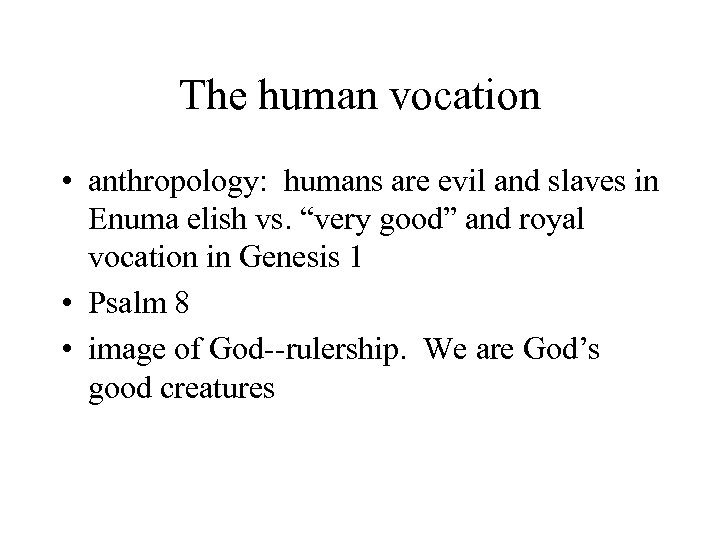 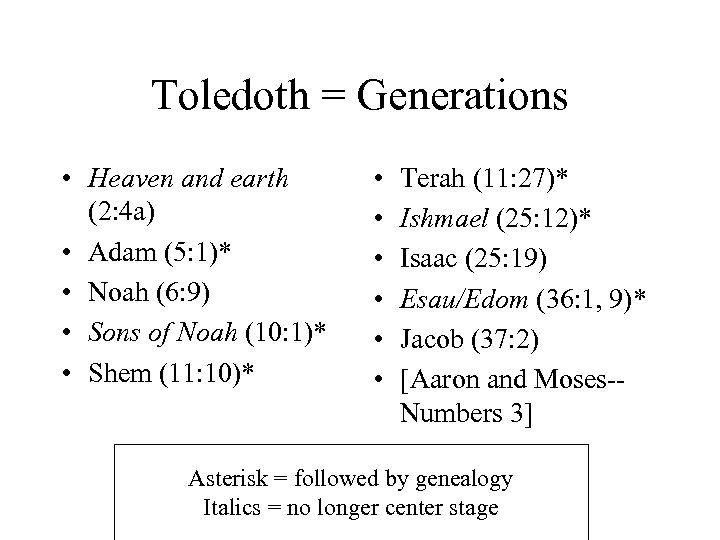 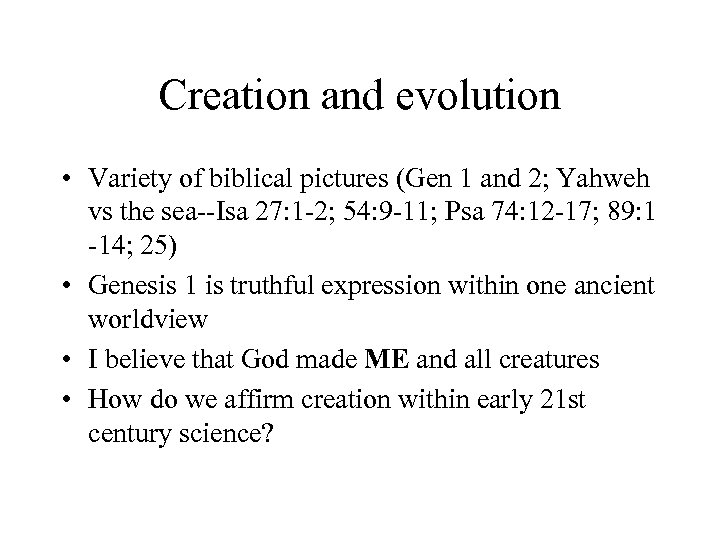 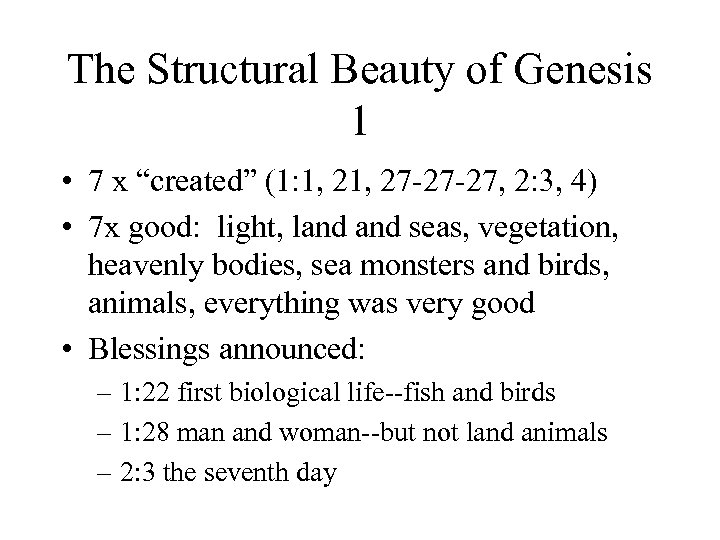 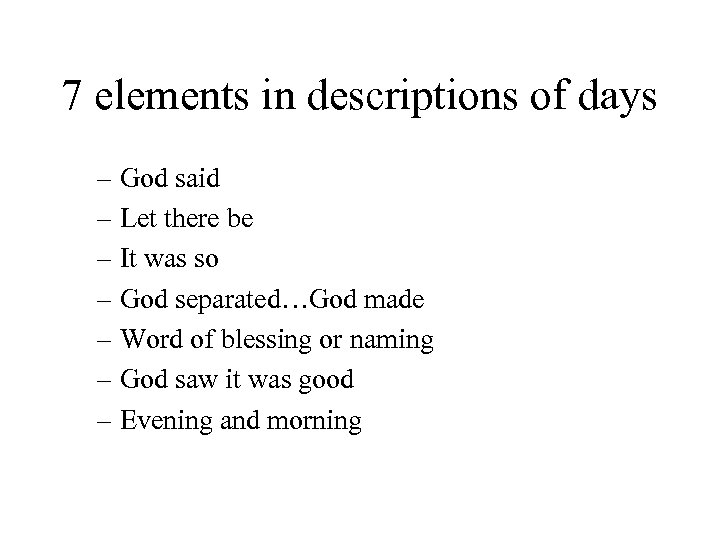 Скачать презентацию In the beginning When God

In the beginning. . . • When God began to create the heaven and the earth---the earth was at that time without form and void and darkness was upon the face of the deep---then God said: Let there be light…. • Creation out of nothing?

Signs of the Priestly Writer • • • God Six days/seven days (God keeps sabbath) Be fruitful and multiply--9: 1 Vegetarian diet; 9: 3 Elleh toledoth Remoteness of God vs. immanence of Yahweh in chaps 23 • “Creates” vs acts, forms, breathes, plants • male and female vs. the man and his wife • Wild animals of the earth; animals of the field (2: 19)

Enuma elish (when on high…) • • • Ti’amat and Kingu challenge divine council Marduk elected king of the gods (word) Defeats Ti’amat; Kingu imprisoned creation of earth and sky from Ti’amat gods complain about work; Marduk creates humans out of blood of Kingu to work in place of gods; city of Babylon and temple of Marduk

Contrast between Babylonian and Biblical Worldviews • political function--rise of city of Babylon • Conflict among gods; Genesis--only birdies, beasties, and fishies • power of word…in Babylon and in Israel’s exile • transcendent God (no sex, magic) • does creation “end” in space (temple) or in time?

Message to Israel in exile • word--power behind God’s promise = Genesis 9; only reliable basis for faith • Be fruitful and multiply • vs. astrology

The human vocation • anthropology: humans are evil and slaves in Enuma elish vs. “very good” and royal vocation in Genesis 1 • Psalm 8 • image of God--rulership. We are God’s good creatures