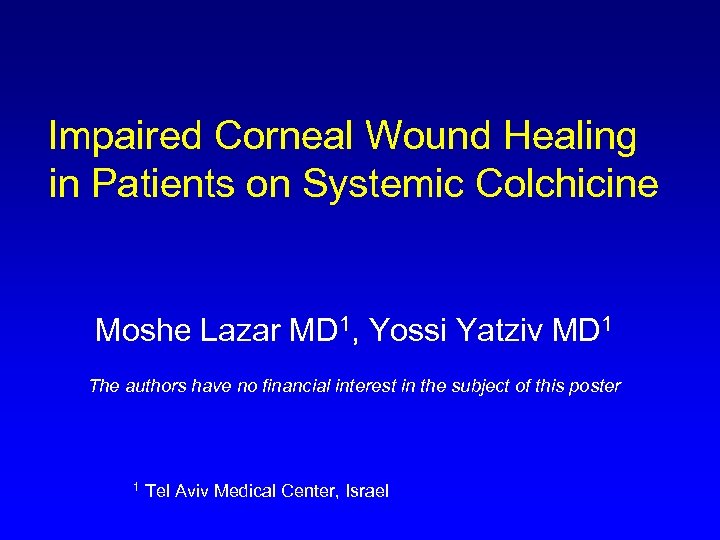 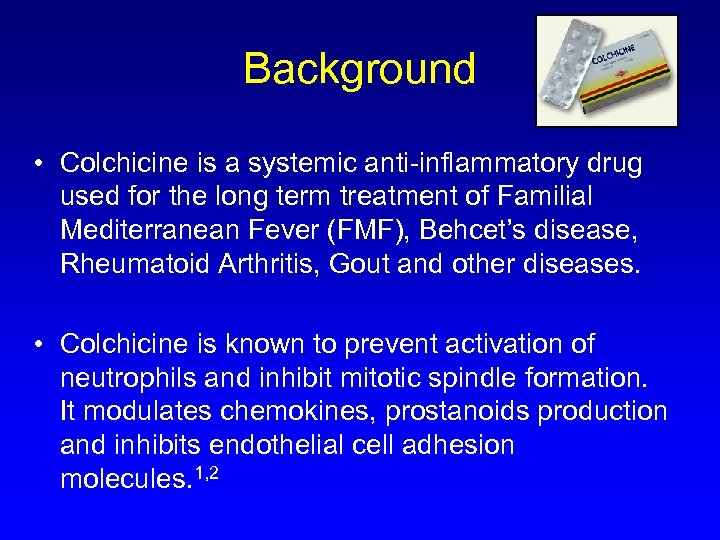 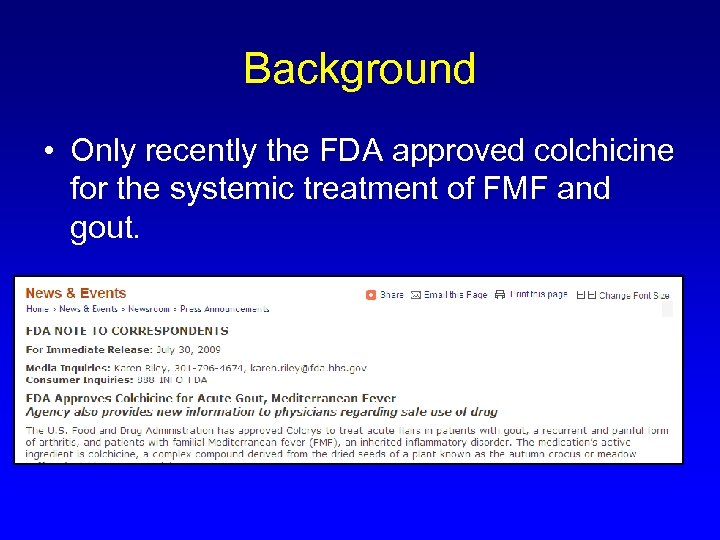 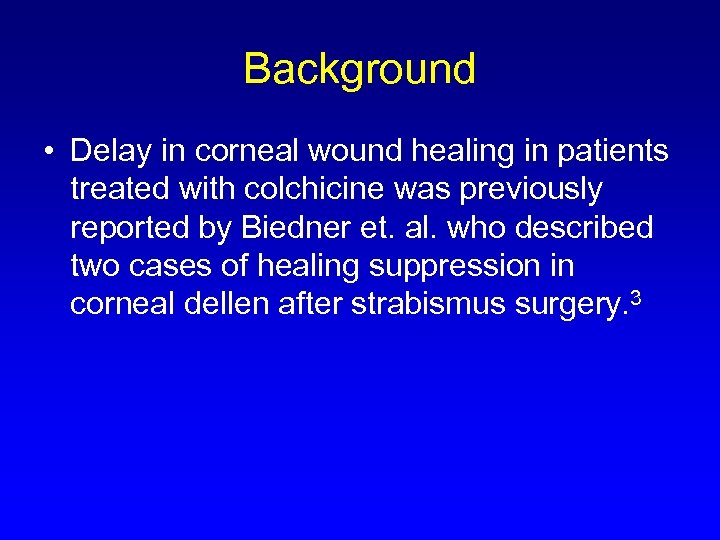 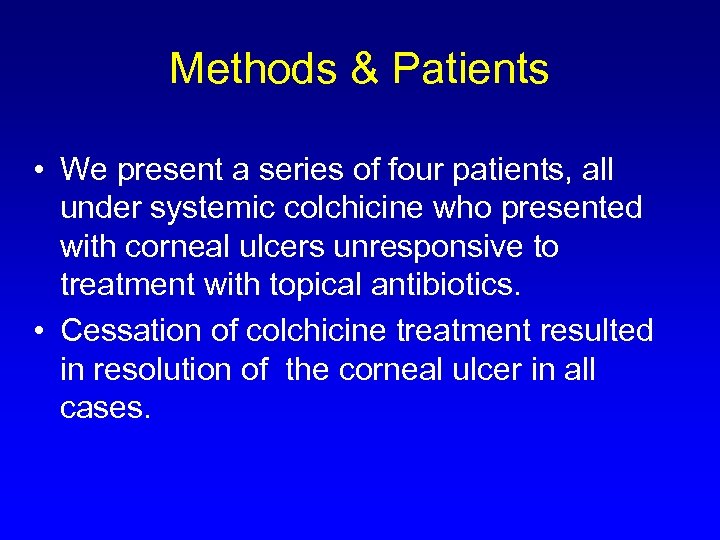 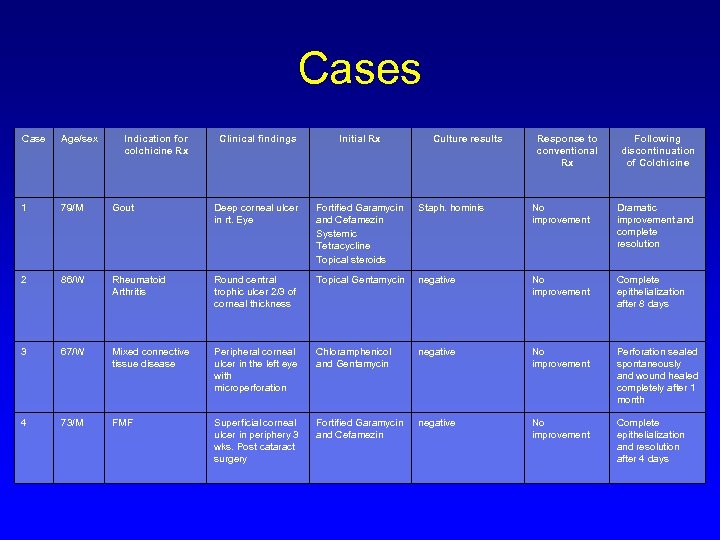 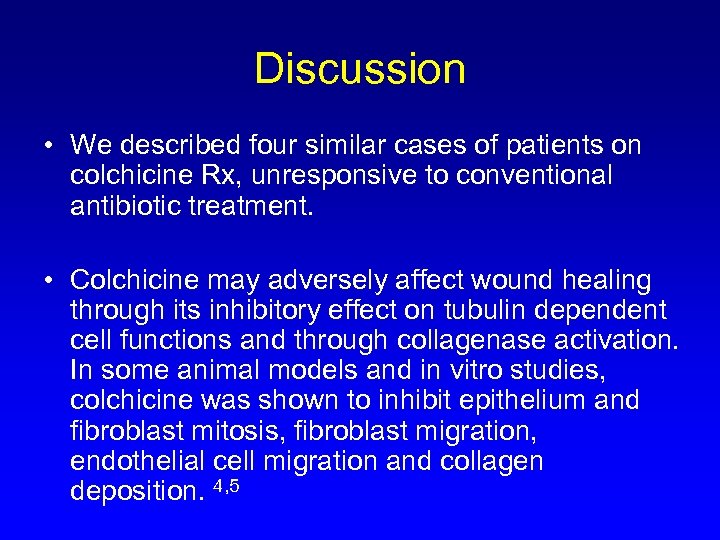 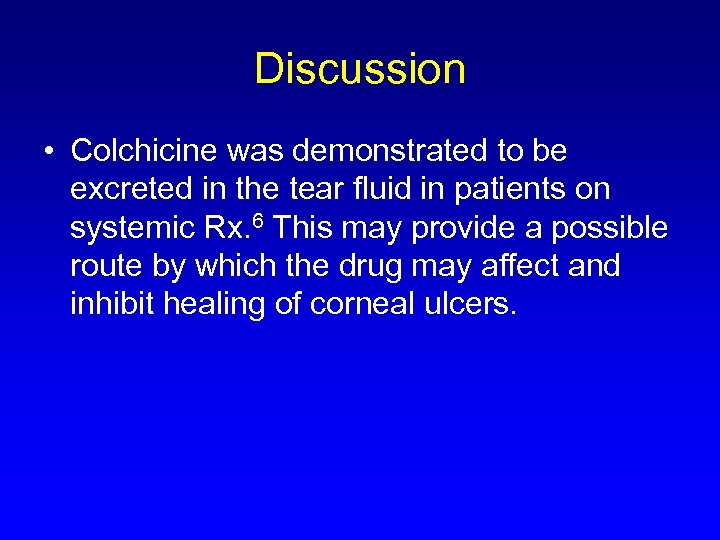 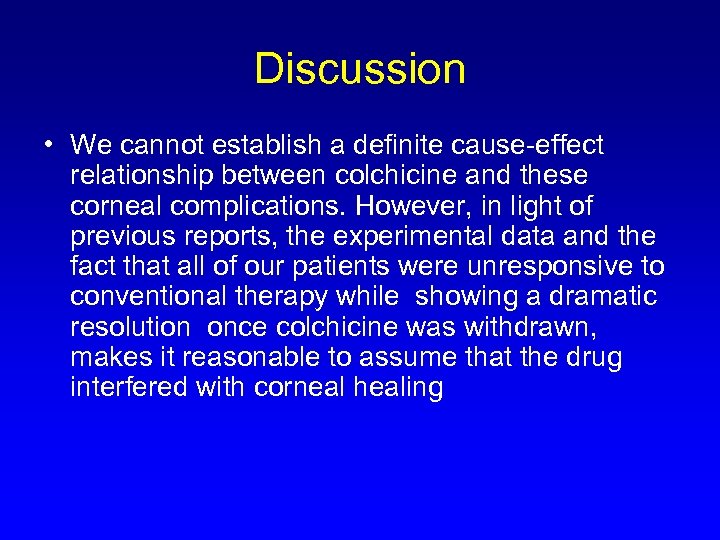 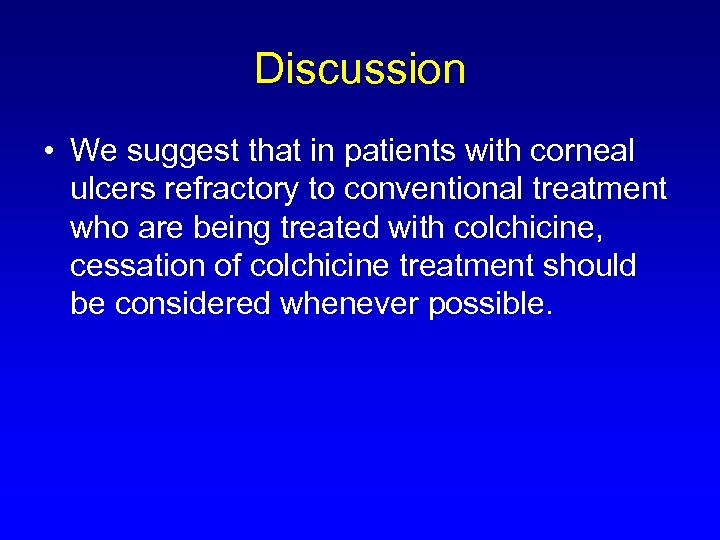 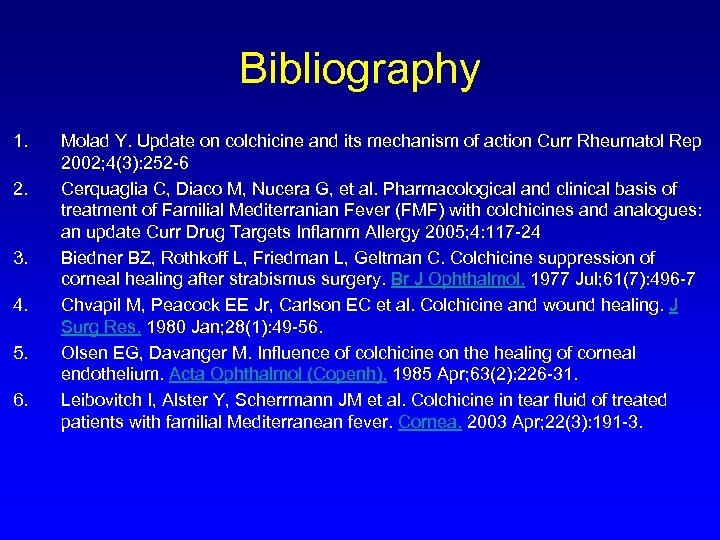 Background • Only recently the FDA approved colchicine for the systemic treatment of FMF and gout.

Methods & Patients • We present a series of four patients, all under systemic colchicine who presented with corneal ulcers unresponsive to treatment with topical antibiotics. • Cessation of colchicine treatment resulted in resolution of the corneal ulcer in all cases.

Discussion • We described four similar cases of patients on colchicine Rx, unresponsive to conventional antibiotic treatment. • Colchicine may adversely affect wound healing through its inhibitory effect on tubulin dependent cell functions and through collagenase activation. In some animal models and in vitro studies, colchicine was shown to inhibit epithelium and fibroblast mitosis, fibroblast migration, endothelial cell migration and collagen deposition. 4, 5

Discussion • Colchicine was demonstrated to be excreted in the tear fluid in patients on systemic Rx. 6 This may provide a possible route by which the drug may affect and inhibit healing of corneal ulcers.

Discussion • We cannot establish a definite cause-effect relationship between colchicine and these corneal complications. However, in light of previous reports, the experimental data and the fact that all of our patients were unresponsive to conventional therapy while showing a dramatic resolution once colchicine was withdrawn, makes it reasonable to assume that the drug interfered with corneal healing

Discussion • We suggest that in patients with corneal ulcers refractory to conventional treatment who are being treated with colchicine, cessation of colchicine treatment should be considered whenever possible.