Impact of maternal malaria during pregnancy on Infant 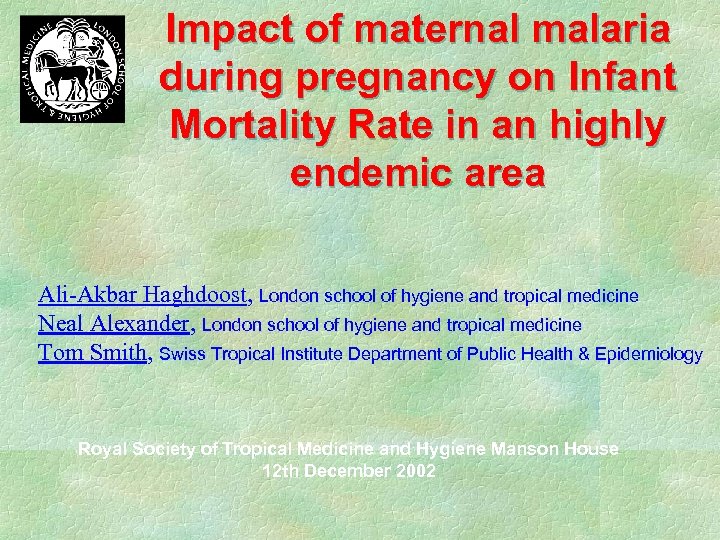 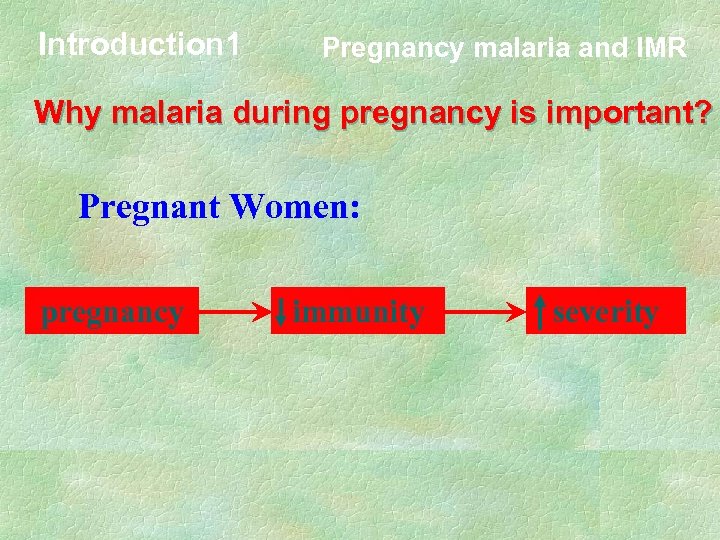 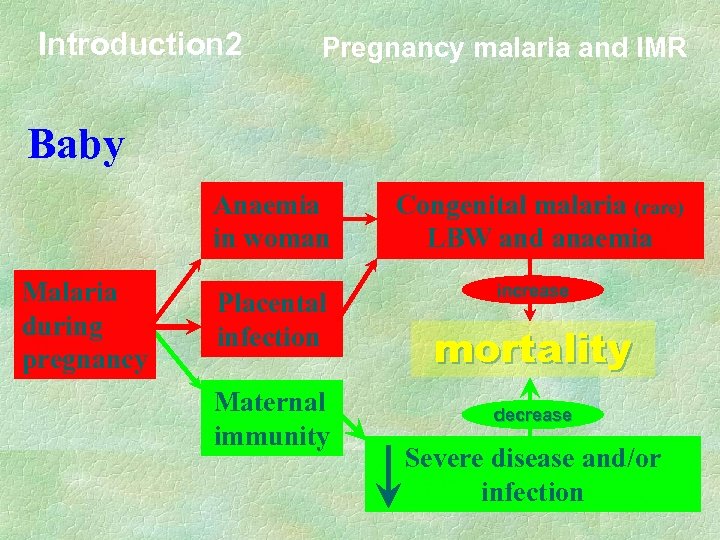 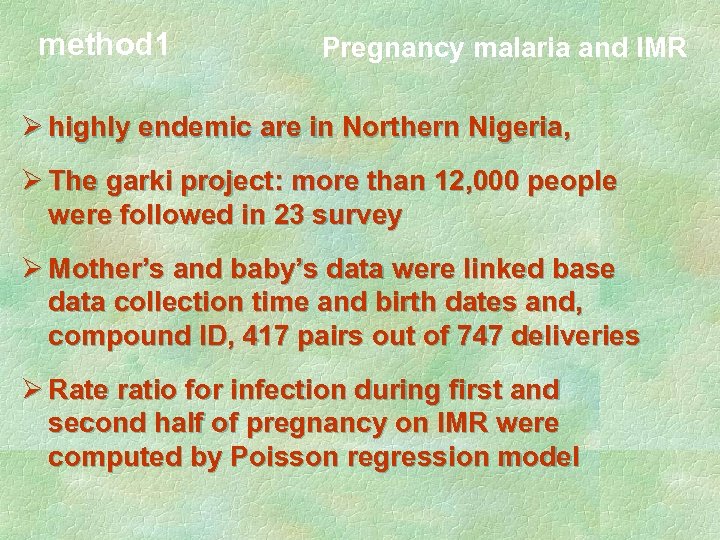 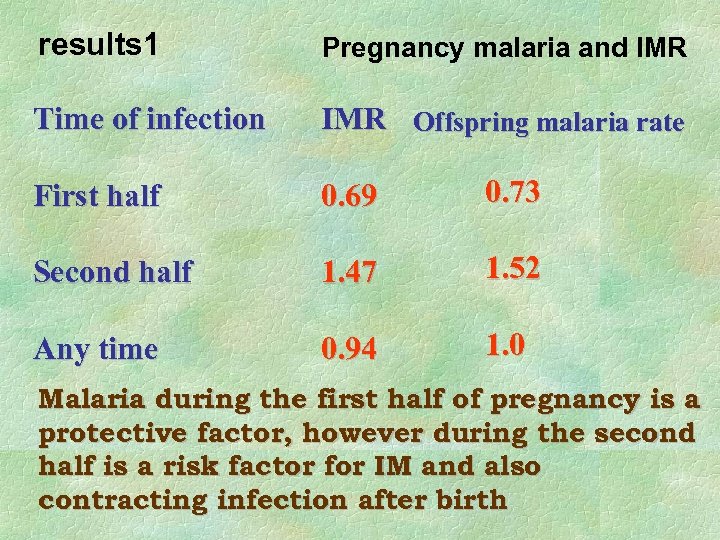 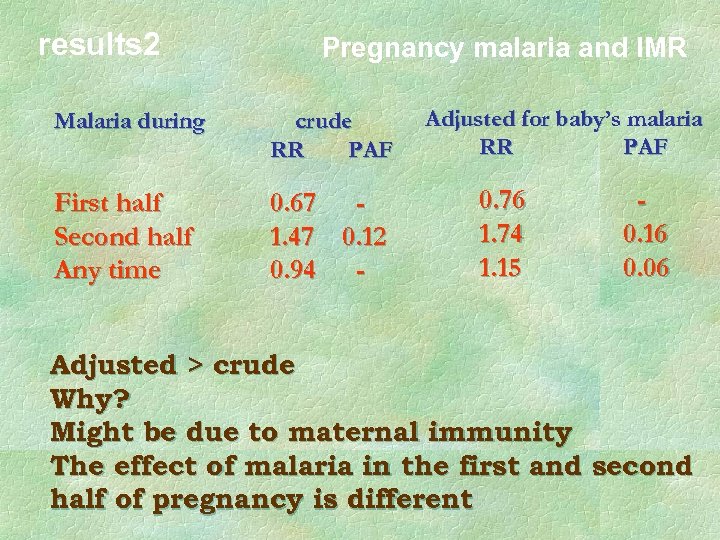 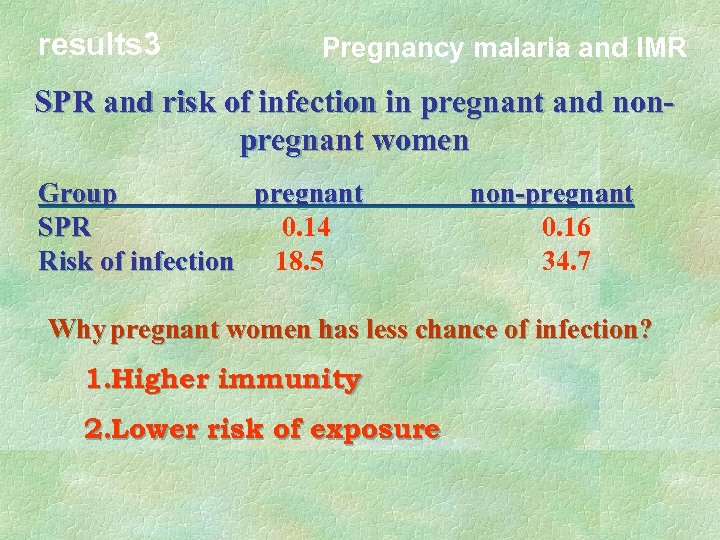 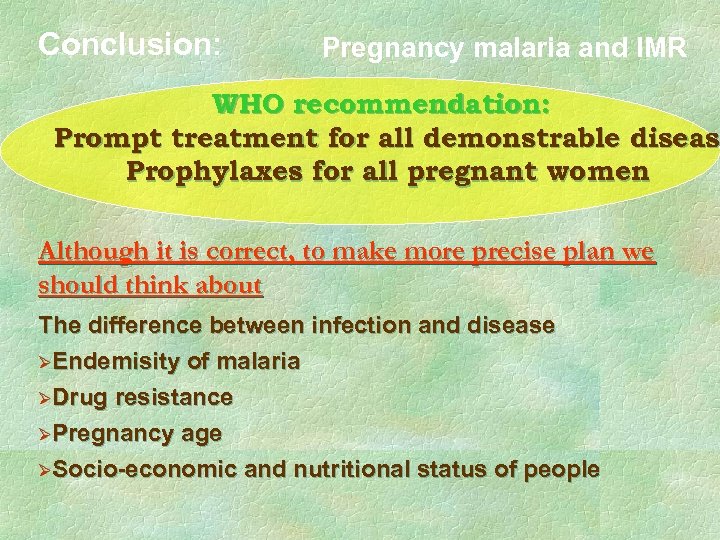 Скачать презентацию Impact of maternal malaria during pregnancy on Infant

method 1 Pregnancy malaria and IMR Ø highly endemic are in Northern Nigeria, Ø The garki project: more than 12, 000 people were followed in 23 survey Ø Mother’s and baby’s data were linked base data collection time and birth dates and, compound ID, 417 pairs out of 747 deliveries Ø Rate ratio for infection during first and second half of pregnancy on IMR were computed by Poisson regression model

results 1 Pregnancy malaria and IMR Time of infection IMR Offspring malaria rate First half 0. 69 0. 73 Second half 1. 47 1. 52 Any time 0. 94 1. 0 Malaria during the first half of pregnancy is a protective factor, however during the second half is a risk factor for IM and also contracting infection after birth

Conclusion: Pregnancy malaria and IMR WHO recommendation: Prompt treatment for all demonstrable diseas Prophylaxes for all pregnant women Although it is correct, to make more precise plan we should think about The difference between infection and disease ØEndemisity of malaria ØDrug resistance ØPregnancy age ØSocio-economic and nutritional status of people