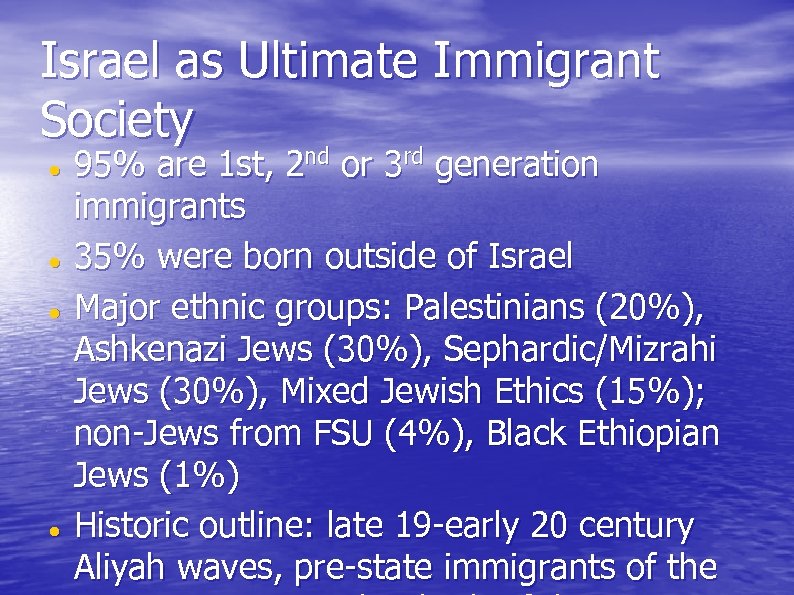 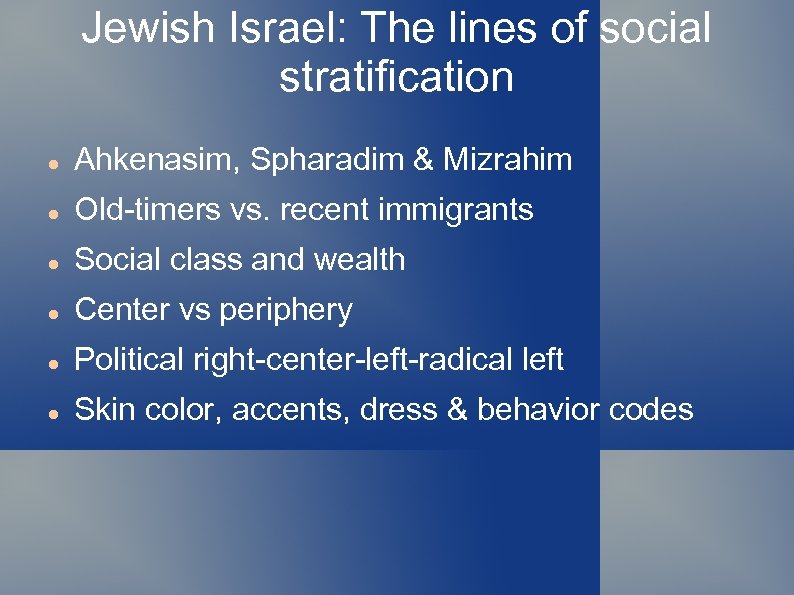 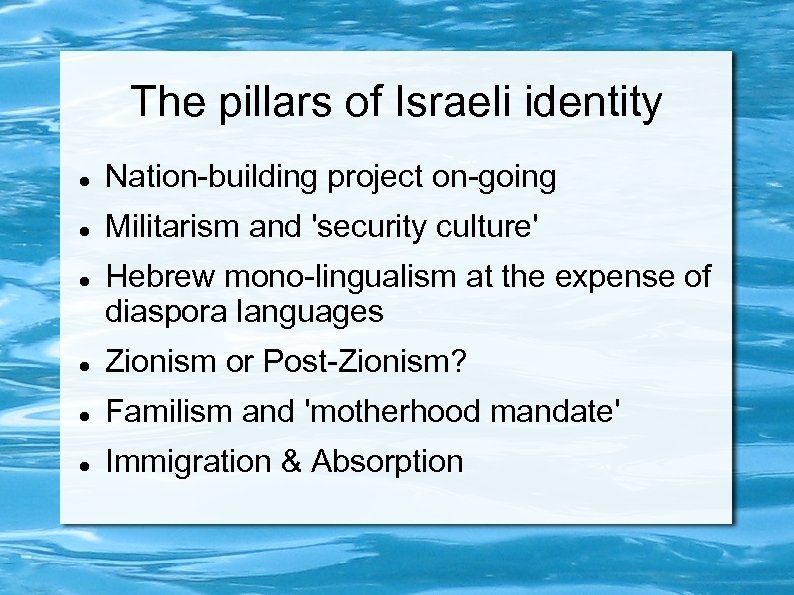 Israel as Ethnic Democracy The Law of Return (1950/1970) regulates immigration to Israel. 'Jew' for the purposes of Aliyah& citizenship is defined broadly similarly to the Nazi anti-Jewish laws of the 1930 s The gap between a civic and Halachic definitions of Jewishness as source of discrimination of non-Jews Lack of separation between state and

Ethnic democracy (continued) Lack of Constitution and system of Basic Laws The Law of Return does not include Arabs Minority rights – political representation, freedom of occupation, non-discrimination by sex, age, ethnicity or religion The problem of occupied territories and status of Palestinians beyond the Green Line (including East Jerusalem)

The Great Russian Aliyah of the 1990 s Driven by push factors – demise of the USSR Other destination countries closing their doors About 1, 000 immigrants between 1989 -2004, among them half just between 1990&1993 High on human capital but low on Jewish identity High % of mixed families and non-Jews Multiple integration challenges