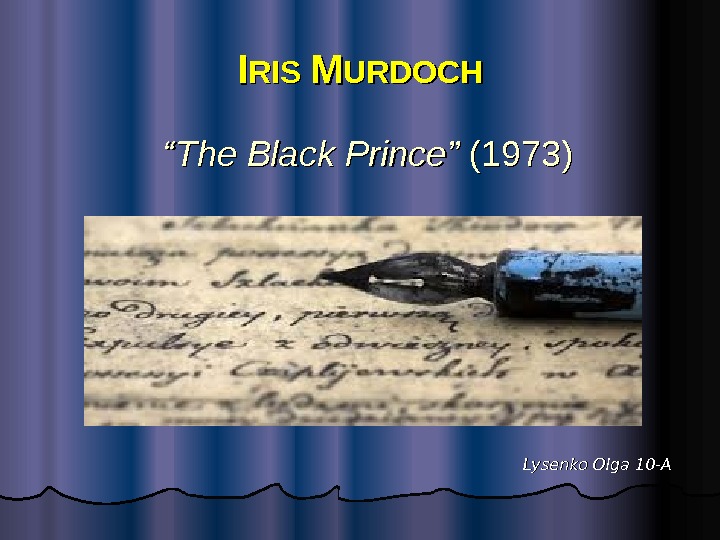 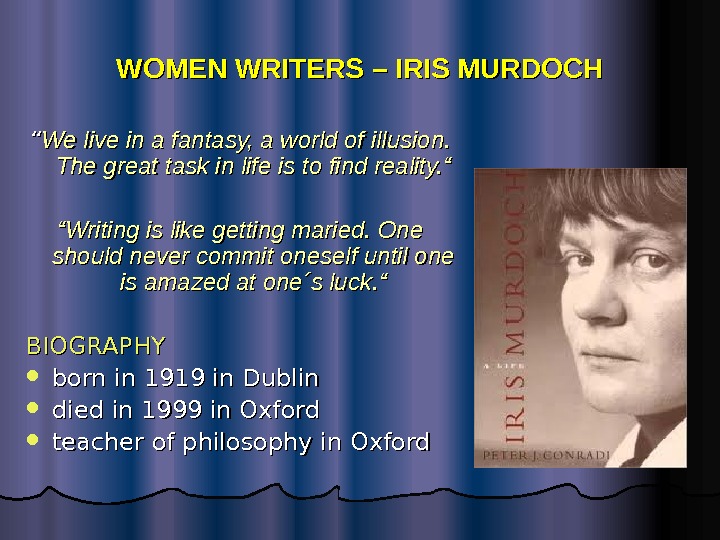 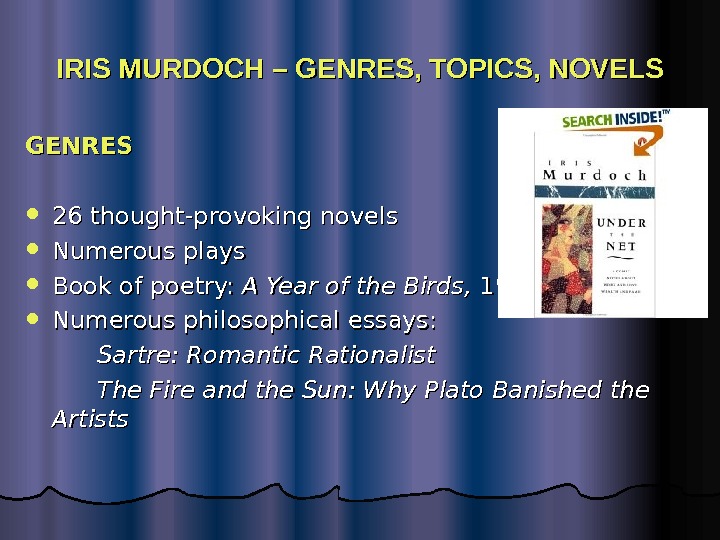 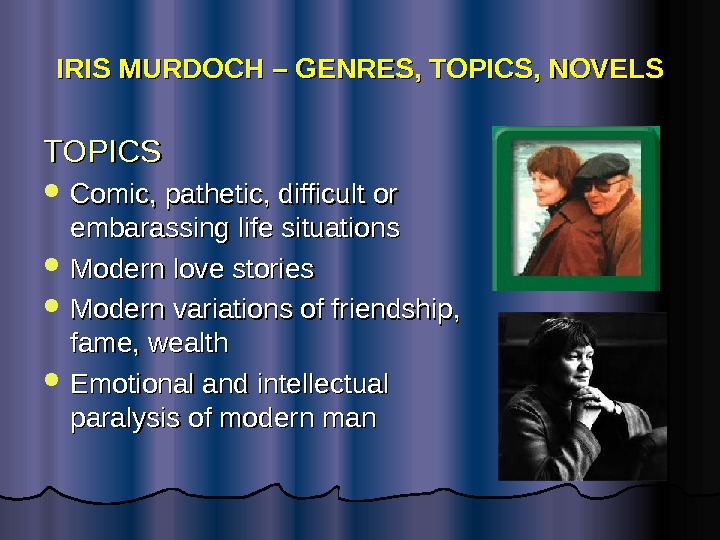 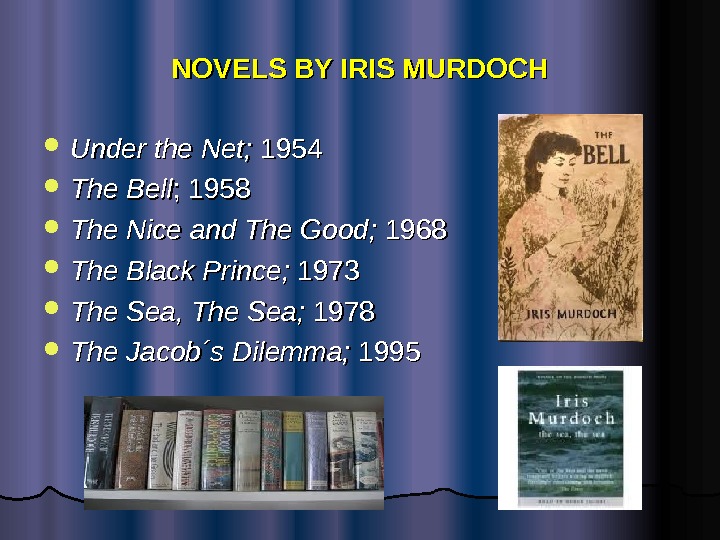 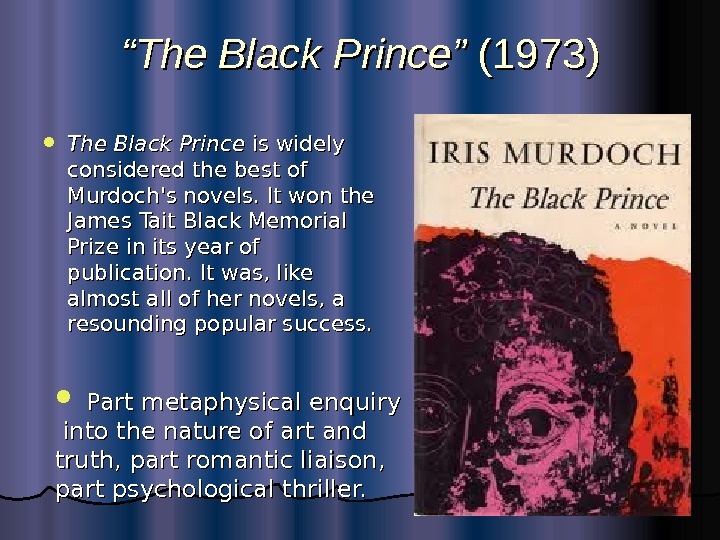 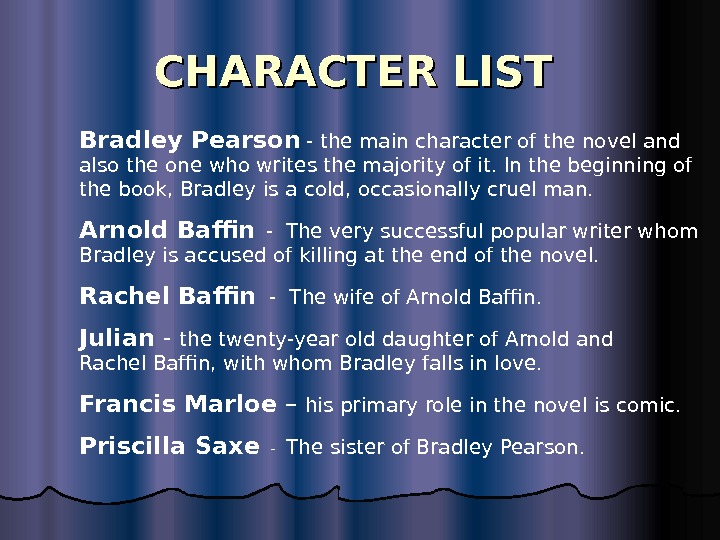 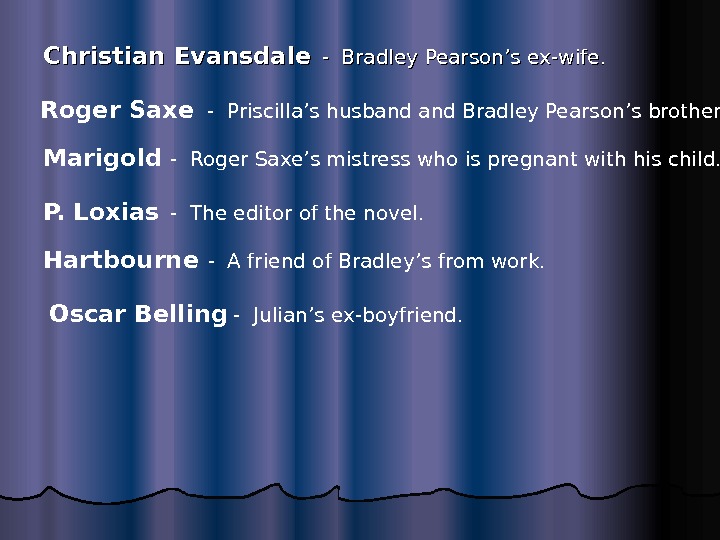 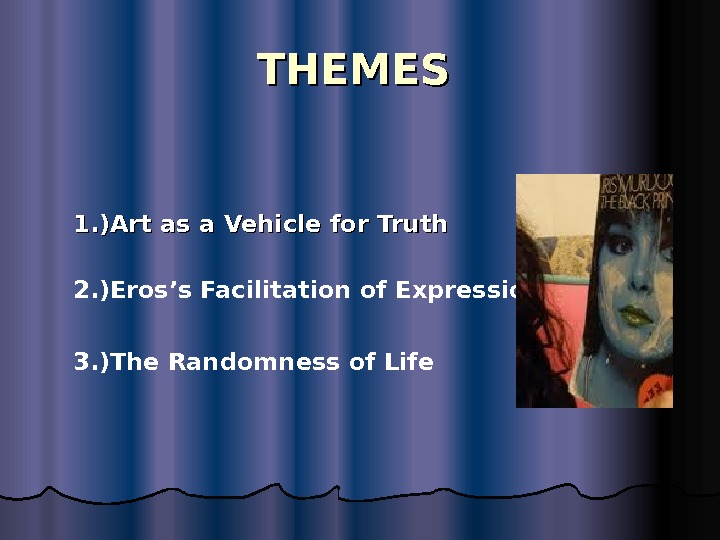 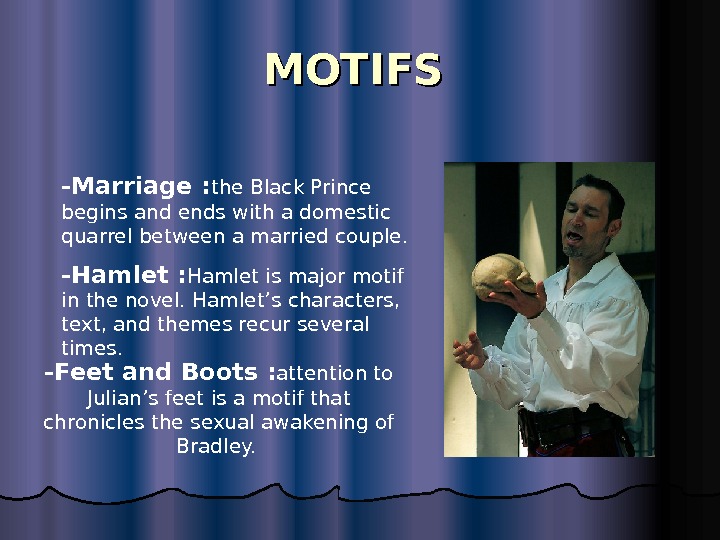 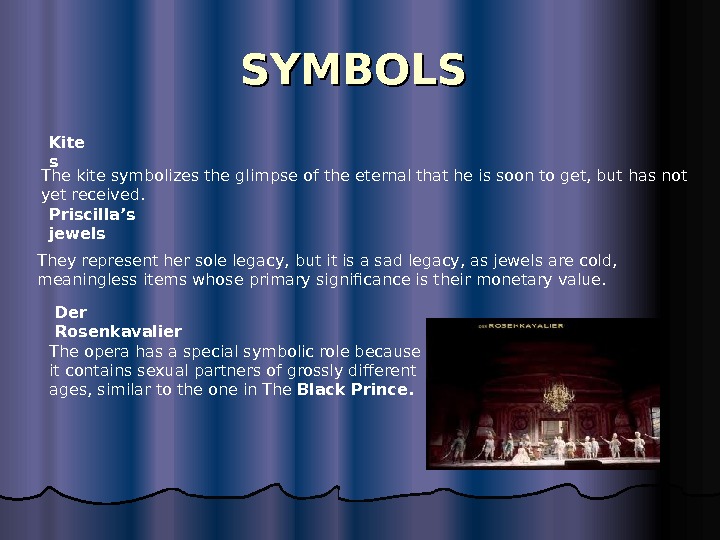 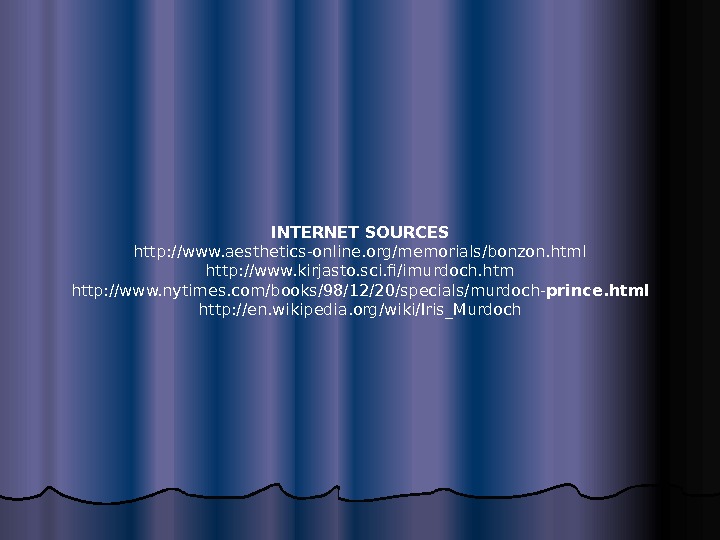 WOMEN WRITERS – IRIS MURDOCH ““ We live in a fantasy, a world of illusion. The great task in life is to find reality. “ ““ Writing is like getting maried. One should never commit oneself until one is amazed at one´s luck. “ BIOGRAPHY born in 1919 in Dublin died in 1999 in Oxford teacher of philosophy in Oxford

““ The Black Prince ”” (( 1973 )) The Black Prince is widely considered the best of Murdoch’s novels. It won the James Tait Black Memorial Prize in its year of publication. It was, like almost all of her novels, a resounding popular success. Part metaphysical enquiry into the nature of art and truth, part romantic liaison, part psychological thriller.

CHARACTER LIST Arnold Baffin — The very successful popular writer whom Bradley is accused of killing at the end of the novel. Rachel Baffin — The wife of Arnold Baffin. Julian — the twenty-year old daughter of Arnold and Rachel Baffin, with whom Bradley falls in love. Priscilla Saxe — The sister of Bradley Pearson — the main character of the novel and also the one who writes the majority of it. In the beginning of the book, Bradley is a cold, occasionally cruel man. Francis Marloe – his primary role in the novel is comic.

THEMES 2. ) Eros’s Facilitation of Expression 1. ) Art as a Vehicle for Truth 3. ) The Randomness of Life

MOTIFS — Marriage : t he Black Prince begins and ends with a domestic quarrel between a married couple. — Hamlet : H amlet is major motif in the novel. Hamlet’s characters, text, and themes recur several times. — Feet and Boots : a ttention to Julian’s feet is a motif that chronicles the sexual awakening of Bradley.

SYMBOLS The kite symbolizes the glimpse of the eternal that he is soon to get, but has not yet received. Kite s Priscilla’s jewels T hey represent her sole legacy, b ut it is a sad legacy, as jewels are cold, meaningless items whose primary significance is their monetary value. Der Rosenkavalier The opera has a special symbolic role because it contains sexual partners of grossly different ages, similar to the one in The Black Prince.