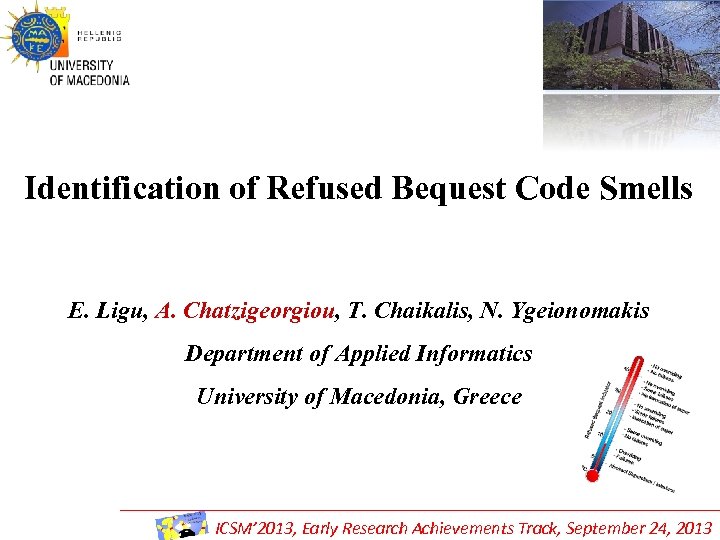 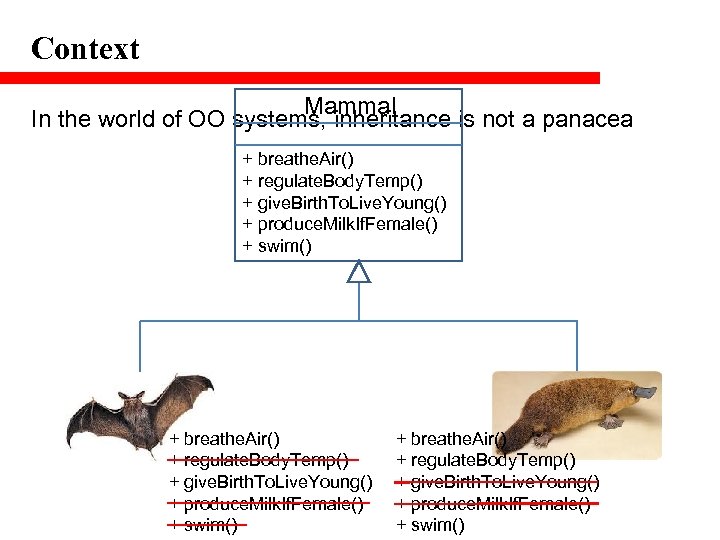 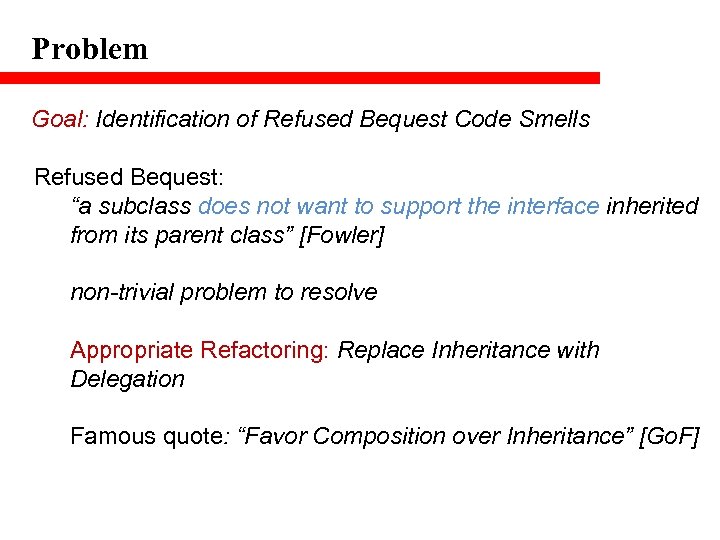 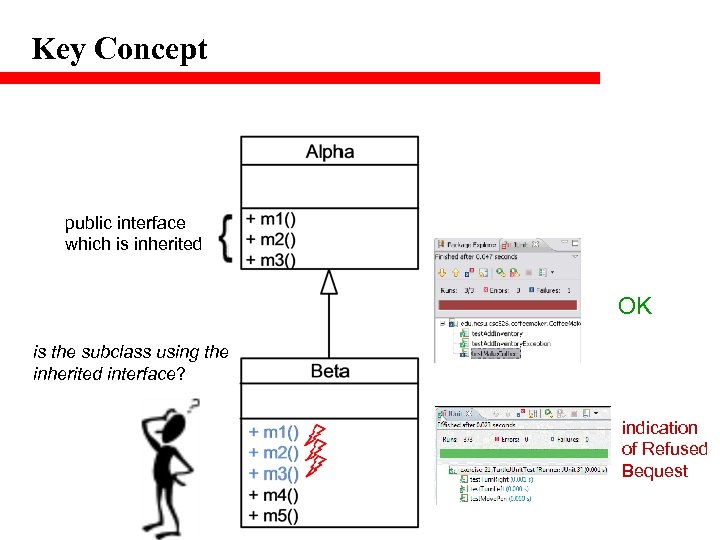 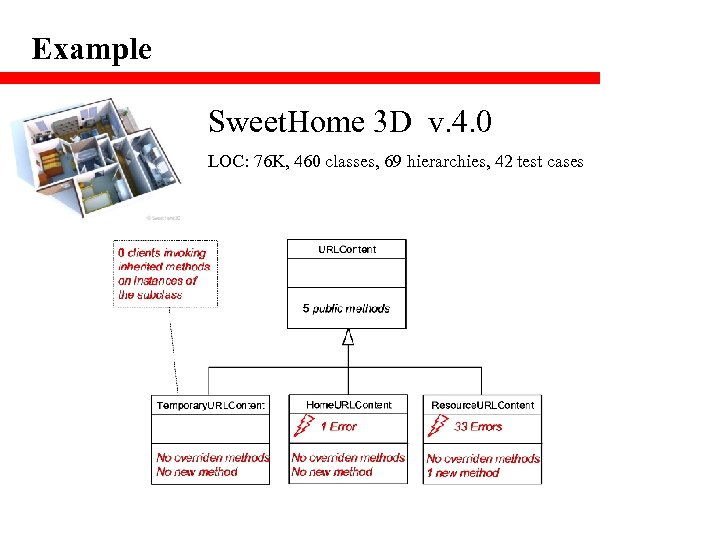 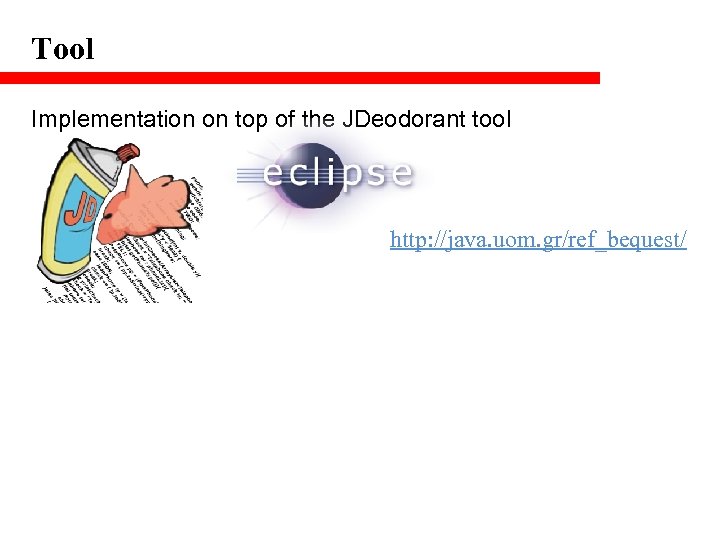 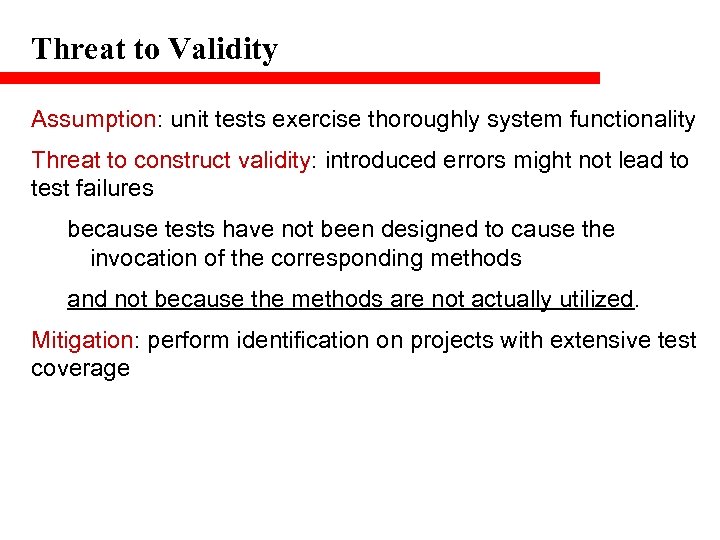 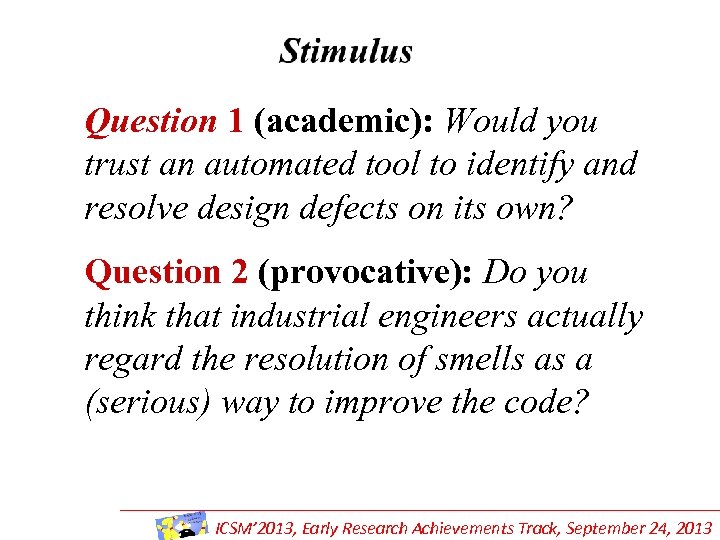 Key Concept public interface which is inherited OK is the subclass using the inherited interface? indication of Refused Bequest

Smell Thermometer Signs of Refused Bequest : - no superclass method is overridden - no inherited method is invoked on subclass instances - no super class method invocations No argument in favor of inheritance Refused Bequest is highly improbable: - inherited methods have been reimplemented to provide functionality that is specific to the subclass -> goal is to enable polymorphism. - the presence of errors -> inherited functionality is actually employed.

Threat to Validity Assumption: unit tests exercise thoroughly system functionality Threat to construct validity: introduced errors might not lead to test failures because tests have not been designed to cause the invocation of the corresponding methods and not because the methods are not actually utilized. Mitigation: perform identification on projects with extensive test coverage

Question 1 (academic): Would you trust an automated tool to identify and resolve design defects on its own? Question 2 (provocative): Do you think that industrial engineers actually regard the resolution of smells as a (serious) way to improve the code? ICSM’ 2013, Early Research Achievements Track, September 24, 2013