Hyperpower and War on Terror 1990 to Present 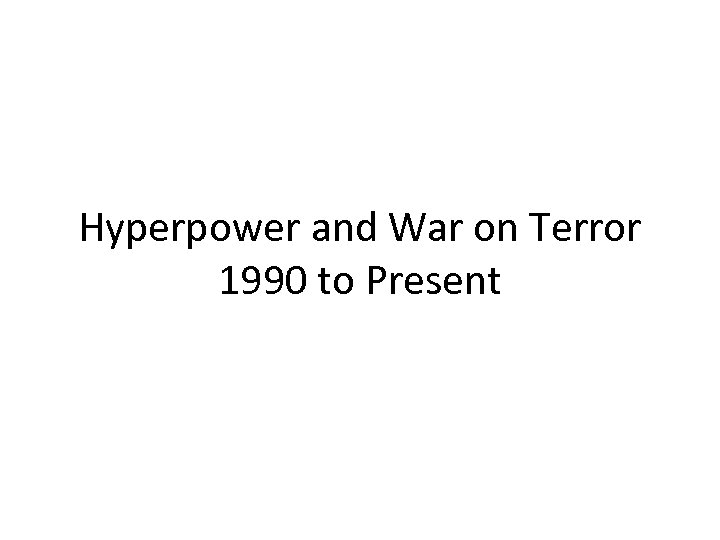 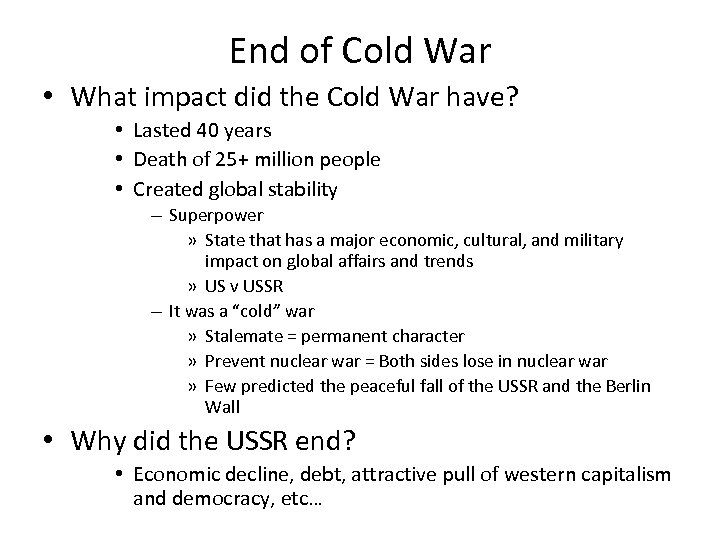 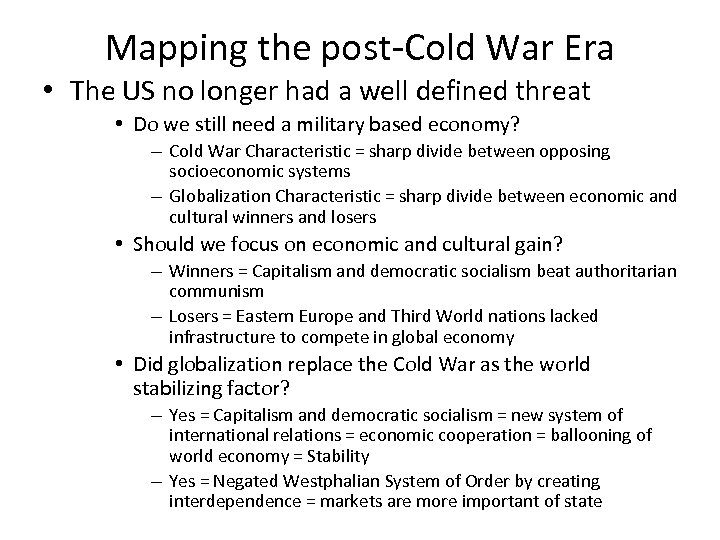 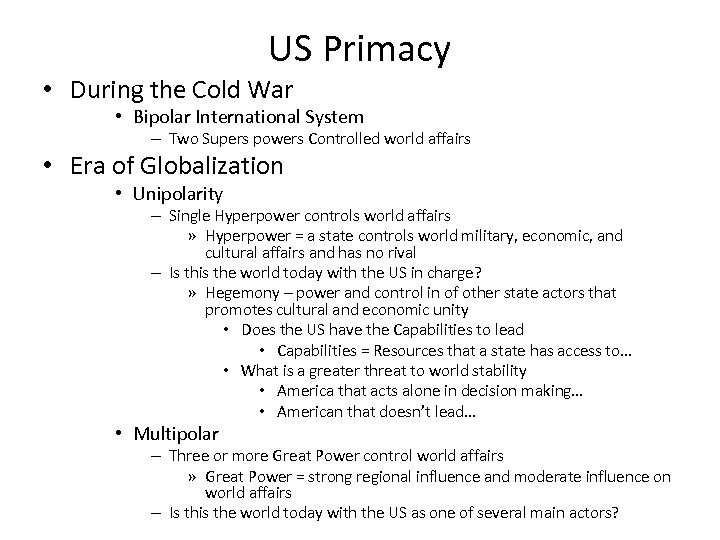 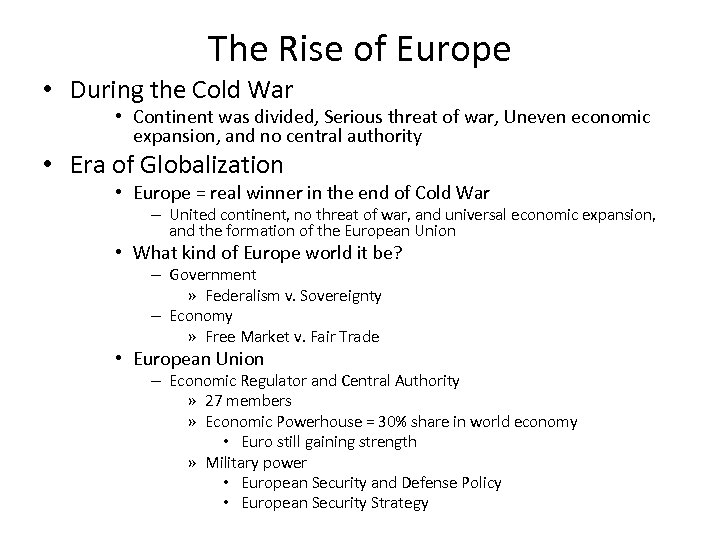 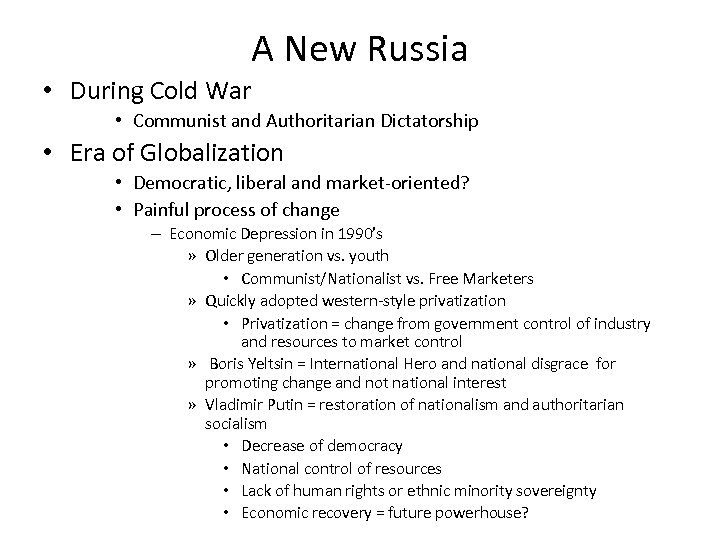 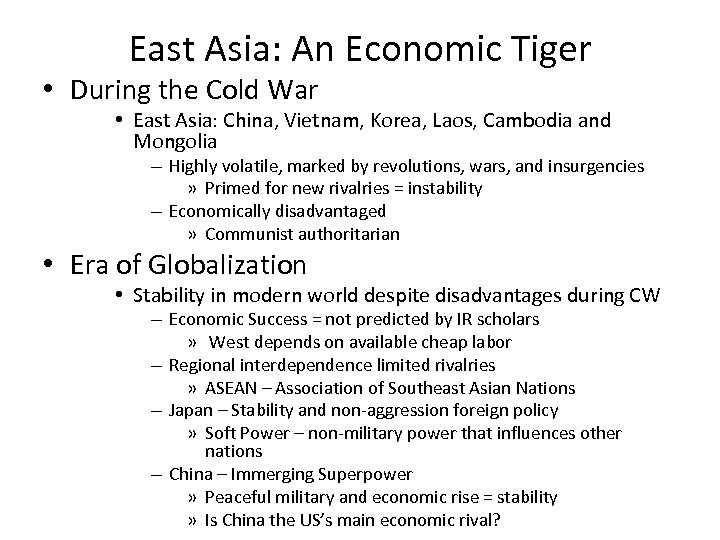 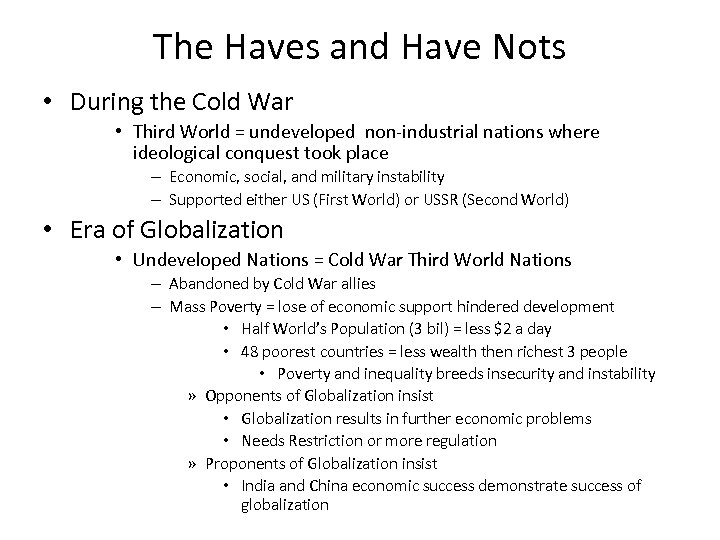 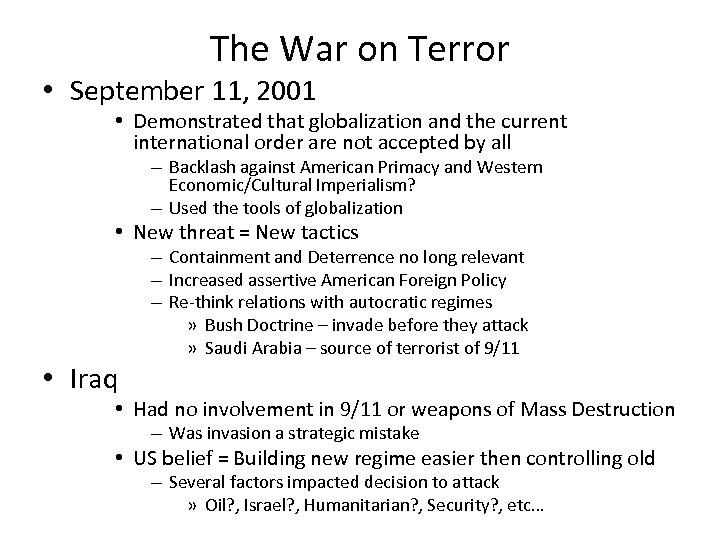 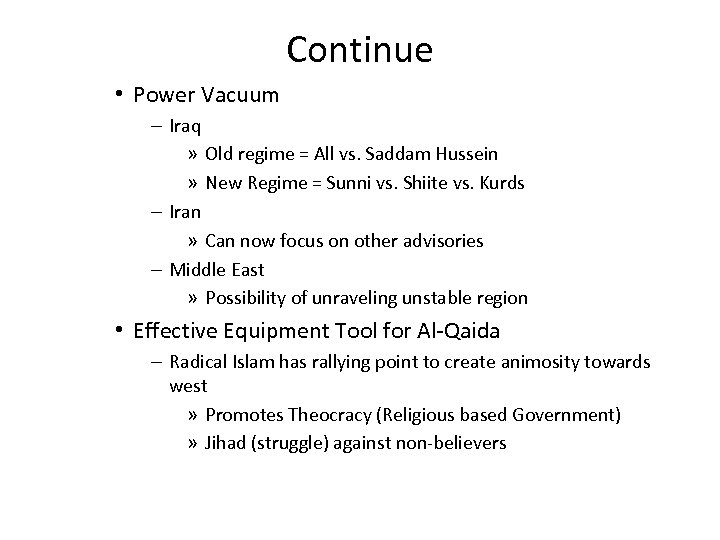 Скачать презентацию Hyperpower and War on Terror 1990 to Present

Hyperpower and War on Terror 1990 to Present

End of Cold War • What impact did the Cold War have? • Lasted 40 years • Death of 25+ million people • Created global stability – Superpower » State that has a major economic, cultural, and military impact on global affairs and trends » US v USSR – It was a “cold” war » Stalemate = permanent character » Prevent nuclear war = Both sides lose in nuclear war » Few predicted the peaceful fall of the USSR and the Berlin Wall • Why did the USSR end? • Economic decline, debt, attractive pull of western capitalism and democracy, etc…

US Primacy • During the Cold War • Bipolar International System – Two Supers powers Controlled world affairs • Era of Globalization • Unipolarity – Single Hyperpower controls world affairs » Hyperpower = a state controls world military, economic, and cultural affairs and has no rival – Is this the world today with the US in charge? » Hegemony – power and control in of other state actors that promotes cultural and economic unity • Does the US have the Capabilities to lead • Capabilities = Resources that a state has access to… • What is a greater threat to world stability • America that acts alone in decision making… • American that doesn’t lead… • Multipolar – Three or more Great Power control world affairs » Great Power = strong regional influence and moderate influence on world affairs – Is this the world today with the US as one of several main actors?

The War on Terror • September 11, 2001 • Demonstrated that globalization and the current international order are not accepted by all – Backlash against American Primacy and Western Economic/Cultural Imperialism? – Used the tools of globalization • New threat = New tactics – Containment and Deterrence no long relevant – Increased assertive American Foreign Policy – Re-think relations with autocratic regimes » Bush Doctrine – invade before they attack » Saudi Arabia – source of terrorist of 9/11 • Iraq • Had no involvement in 9/11 or weapons of Mass Destruction – Was invasion a strategic mistake • US belief = Building new regime easier then controlling old – Several factors impacted decision to attack » Oil? , Israel? , Humanitarian? , Security? , etc…