Hydro Power the history and the future 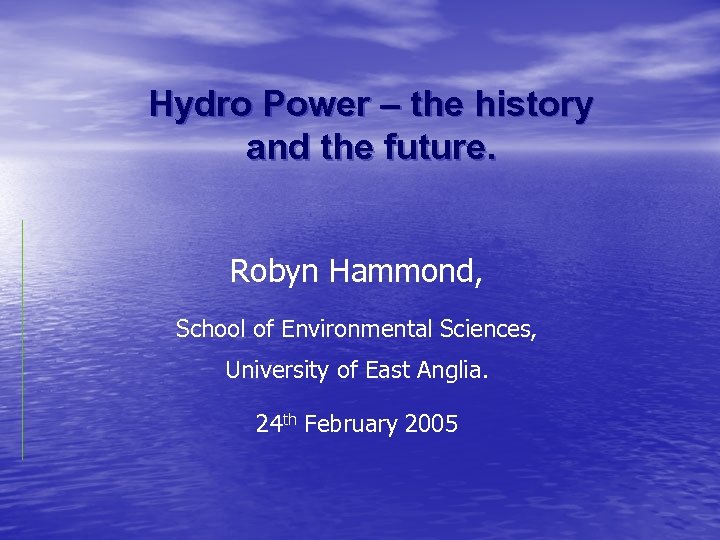 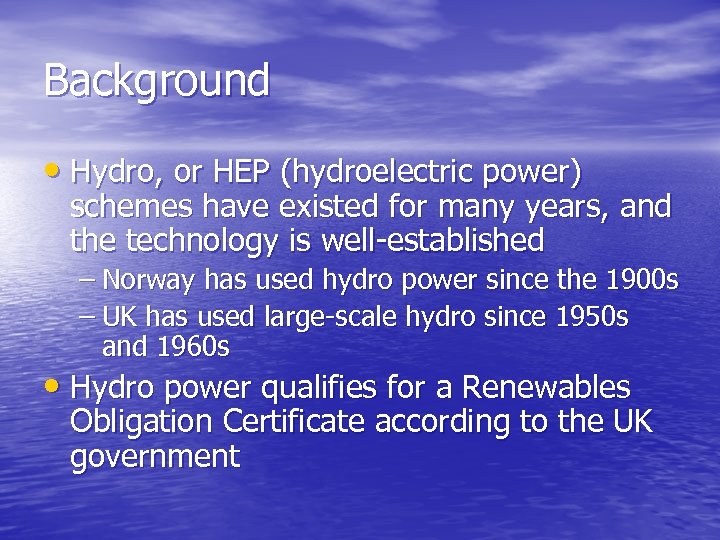 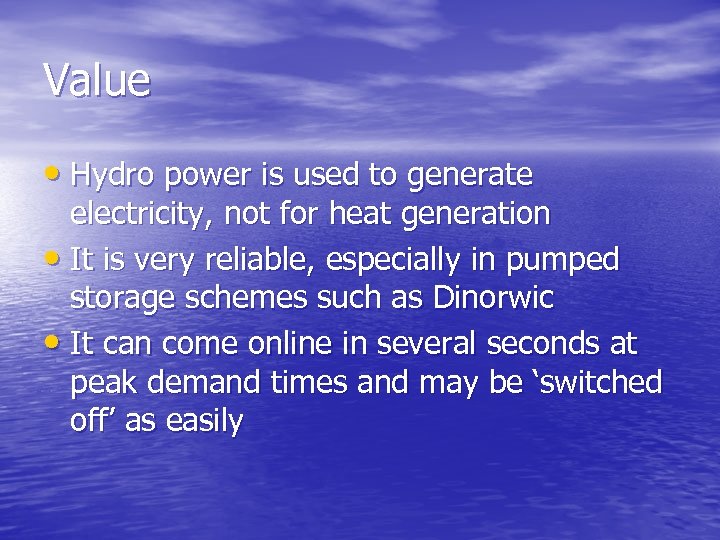 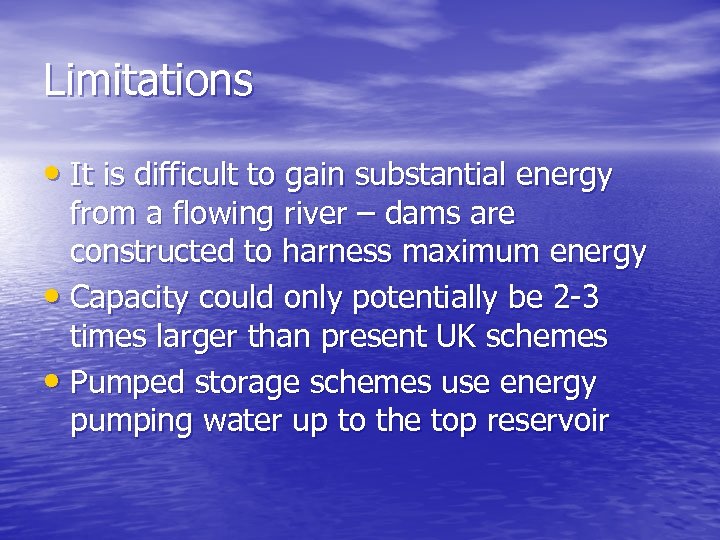 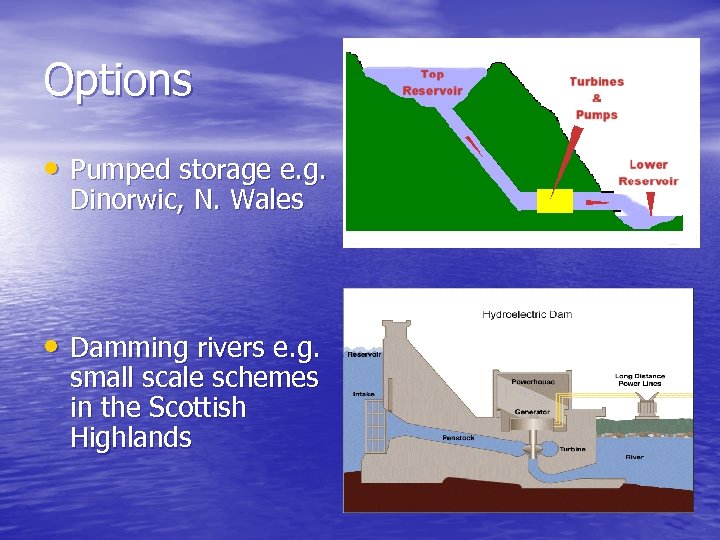 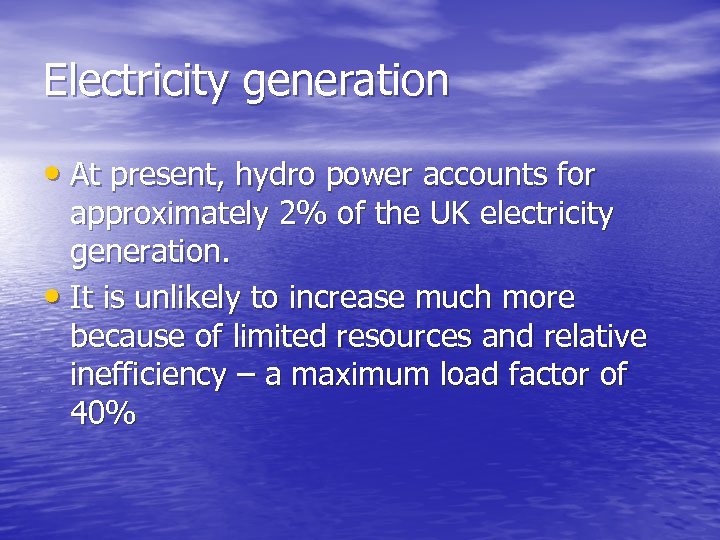 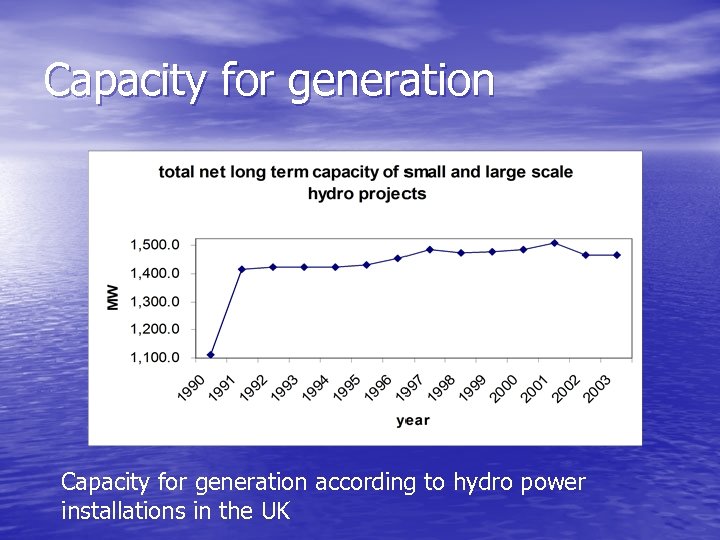 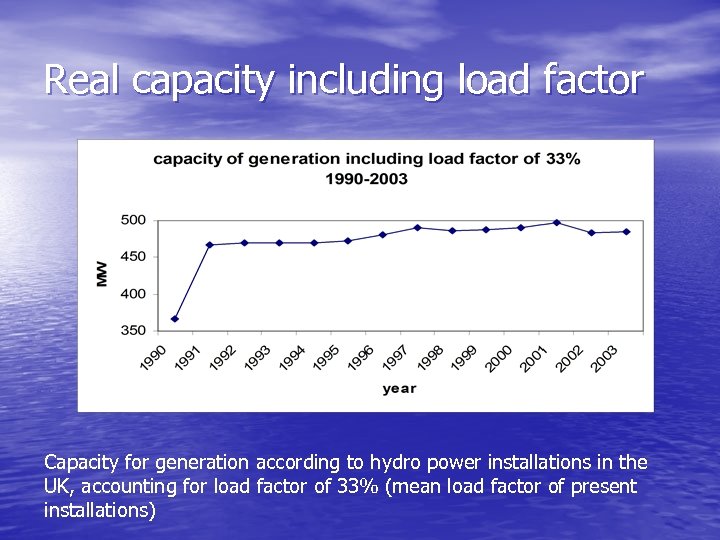 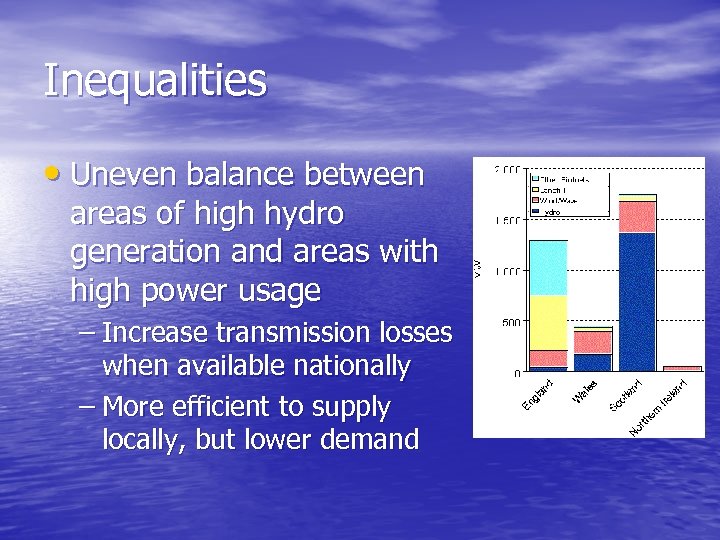 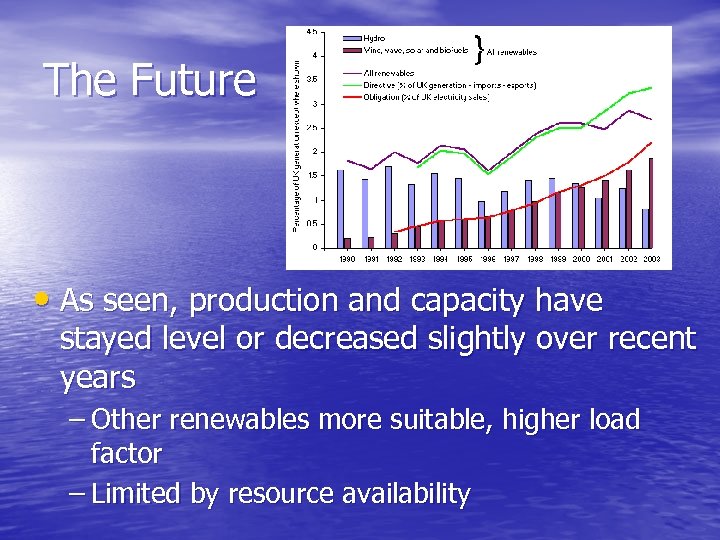 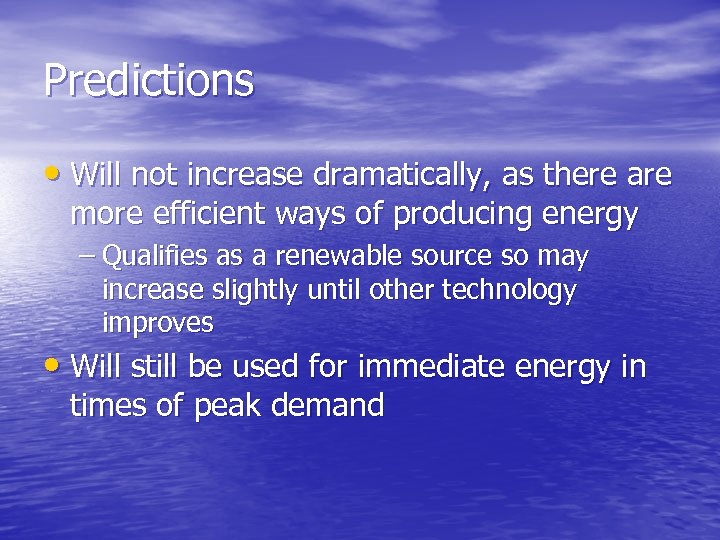 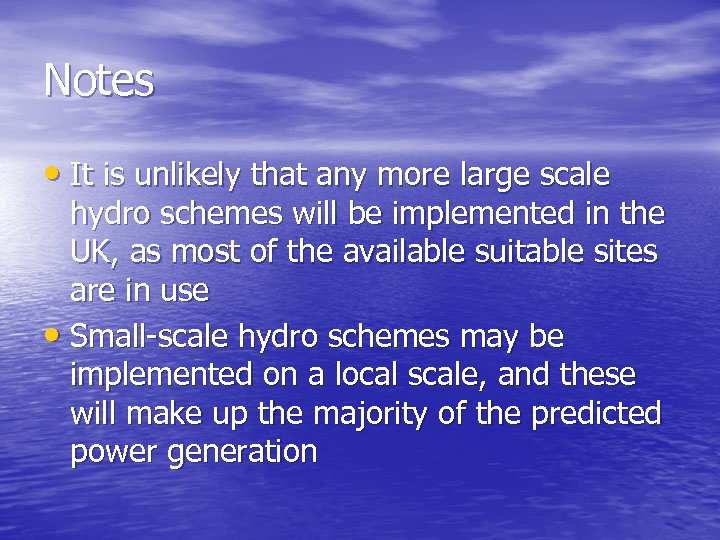 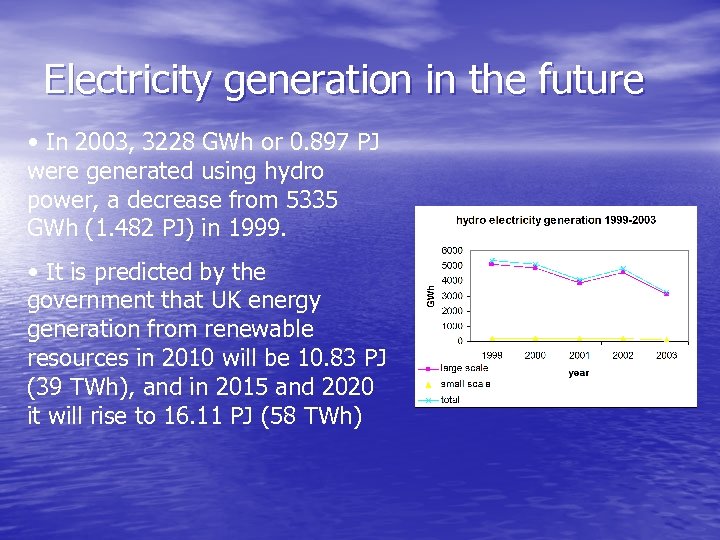 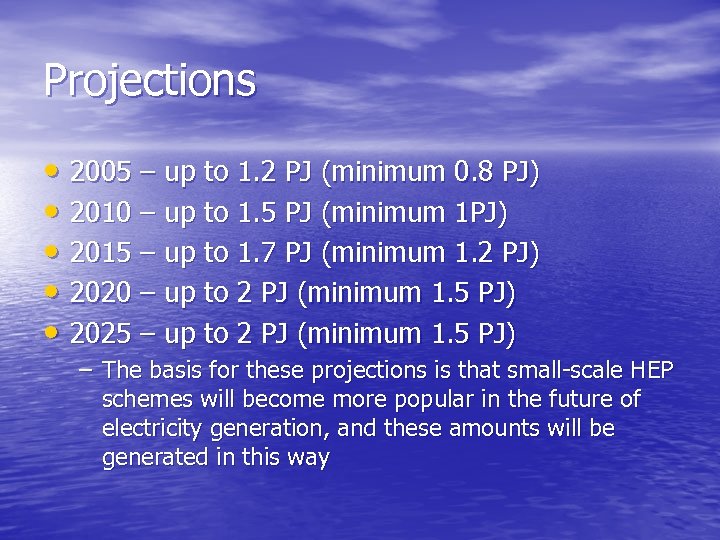 Скачать презентацию Hydro Power the history and the future

Background • Hydro, or HEP (hydroelectric power) schemes have existed for many years, and the technology is well-established – Norway has used hydro power since the 1900 s – UK has used large-scale hydro since 1950 s and 1960 s • Hydro power qualifies for a Renewables Obligation Certificate according to the UK government

Value • Hydro power is used to generate electricity, not for heat generation • It is very reliable, especially in pumped storage schemes such as Dinorwic • It can come online in several seconds at peak demand times and may be ‘switched off’ as easily

Capacity for generation according to hydro power installations in the UK

Predictions • Will not increase dramatically, as there are more efficient ways of producing energy – Qualifies as a renewable source so may increase slightly until other technology improves • Will still be used for immediate energy in times of peak demand