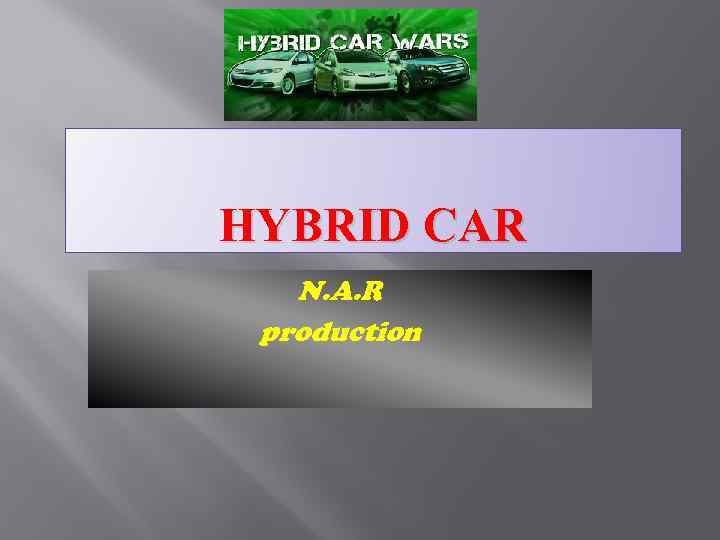 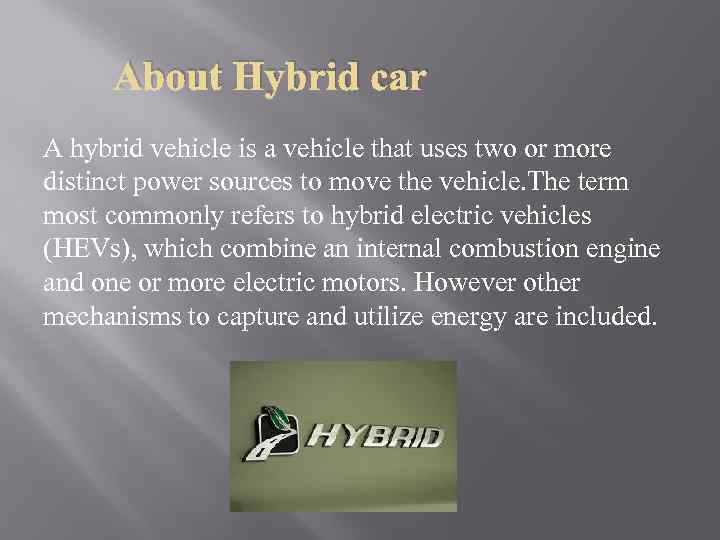 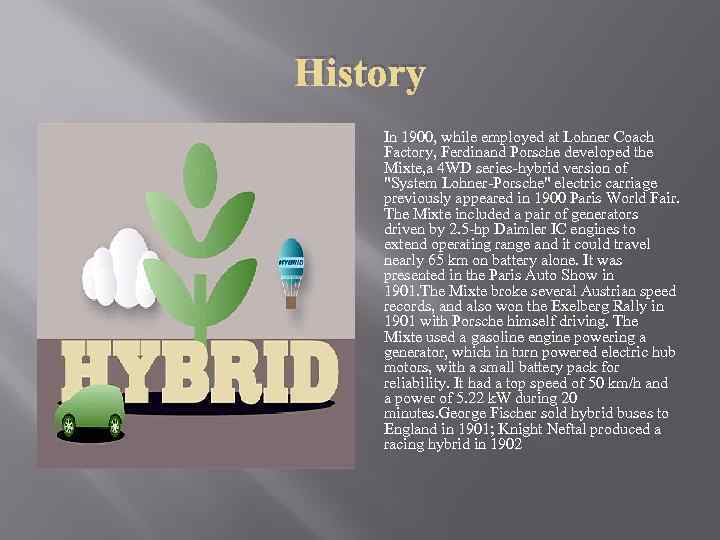 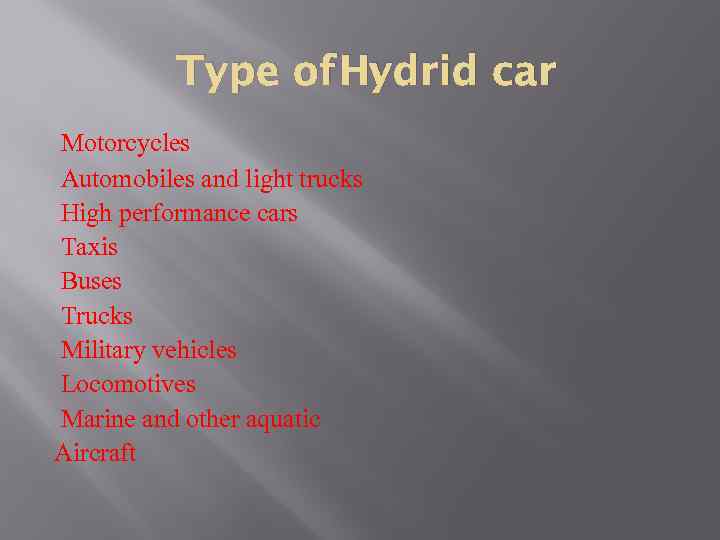 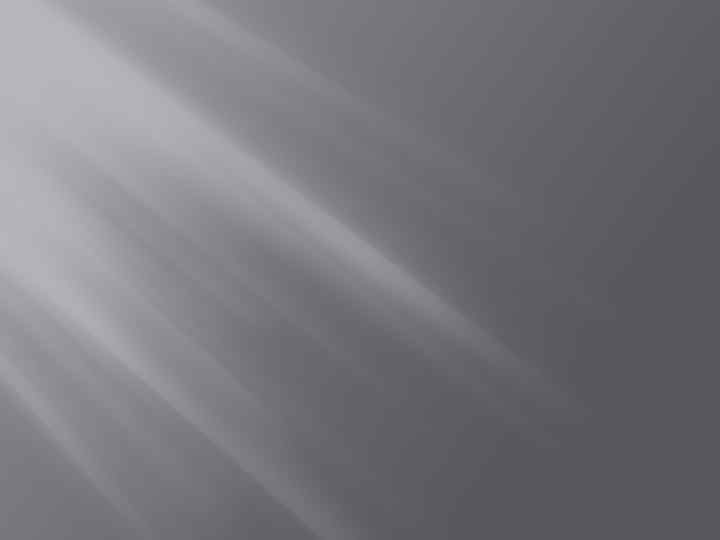 About Hybrid car A hybrid vehicle is a vehicle that uses two or more distinct power sources to move the vehicle. The term most commonly refers to hybrid electric vehicles (HEVs), which combine an internal combustion engine and one or more electric motors. However other mechanisms to capture and utilize energy are included.

History In 1900, while employed at Lohner Coach Factory, Ferdinand Porsche developed the Mixte, a 4 WD series-hybrid version of "System Lohner-Porsche" electric carriage previously appeared in 1900 Paris World Fair. The Mixte included a pair of generators driven by 2. 5 -hp Daimler IC engines to extend operating range and it could travel nearly 65 km on battery alone. It was presented in the Paris Auto Show in 1901. The Mixte broke several Austrian speed records, and also won the Exelberg Rally in 1901 with Porsche himself driving. The Mixte used a gasoline engine powering a generator, which in turn powered electric hub motors, with a small battery pack for reliability. It had a top speed of 50 km/h and a power of 5. 22 k. W during 20 minutes. George Fischer sold hybrid buses to England in 1901; Knight Neftal produced a racing hybrid in 1902