House of Lords Bicameral n In the 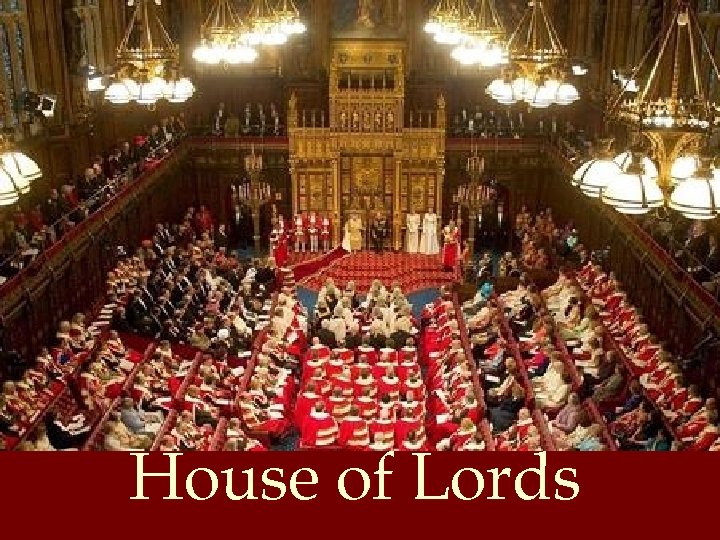 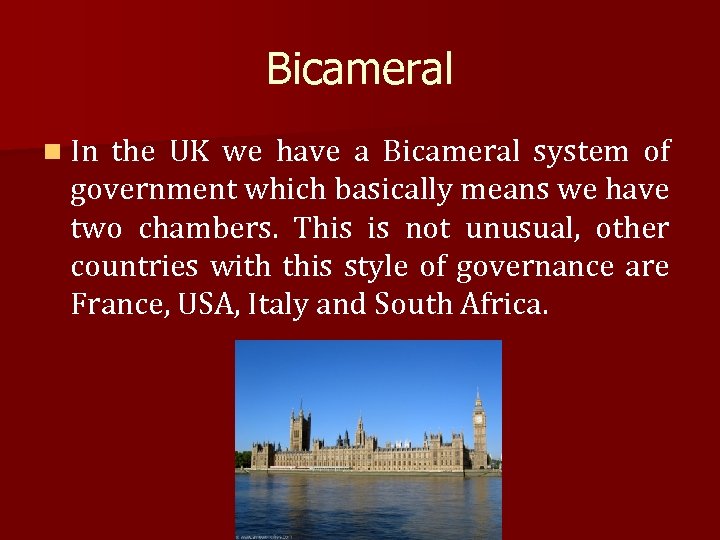 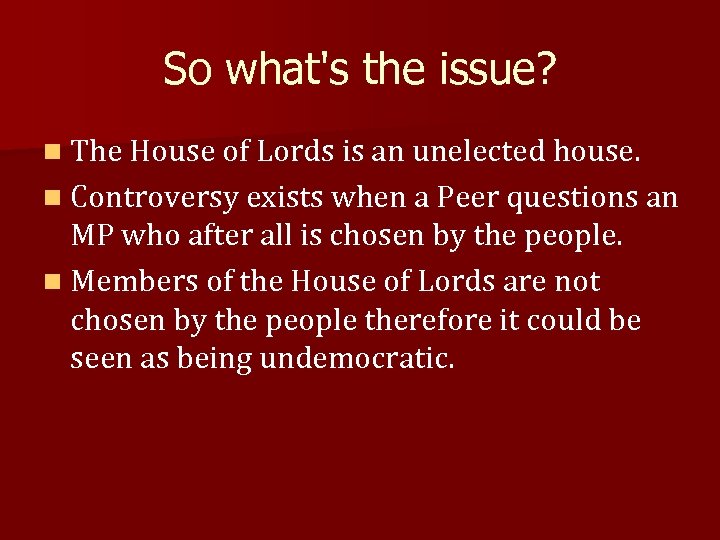 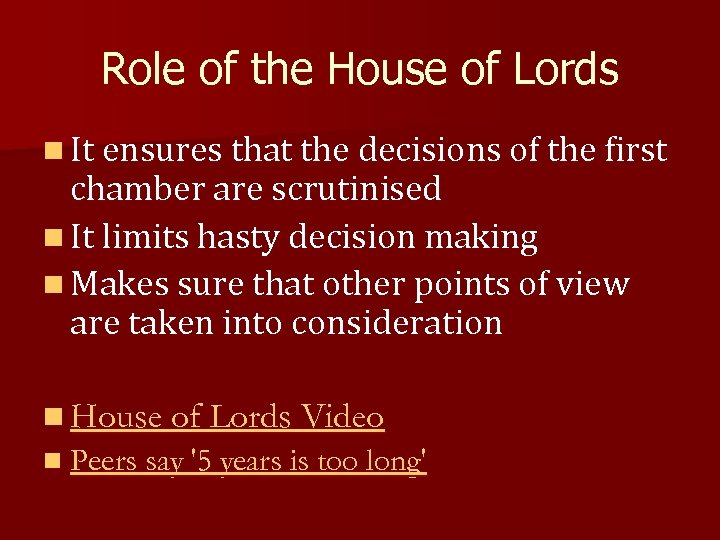 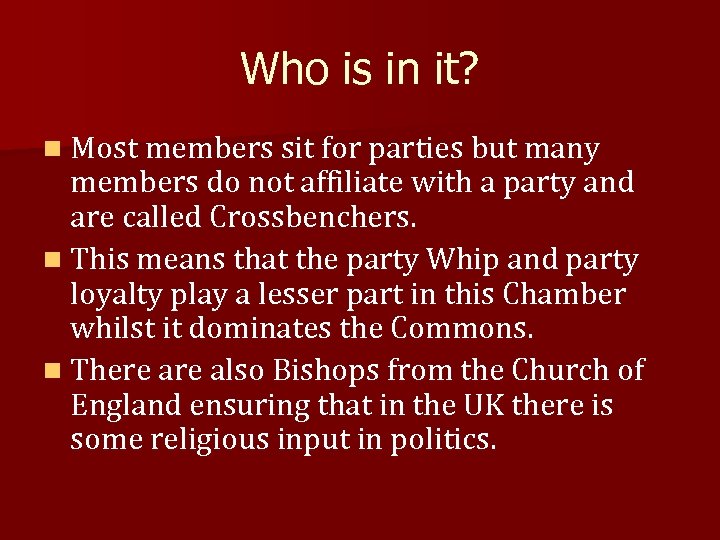 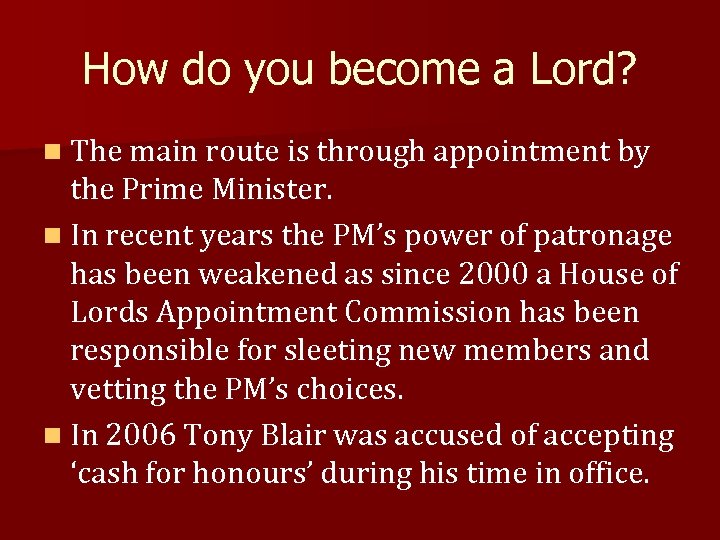 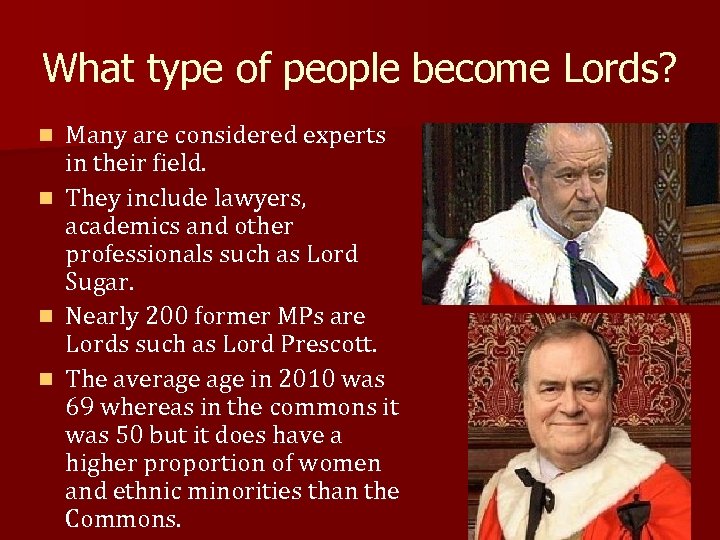 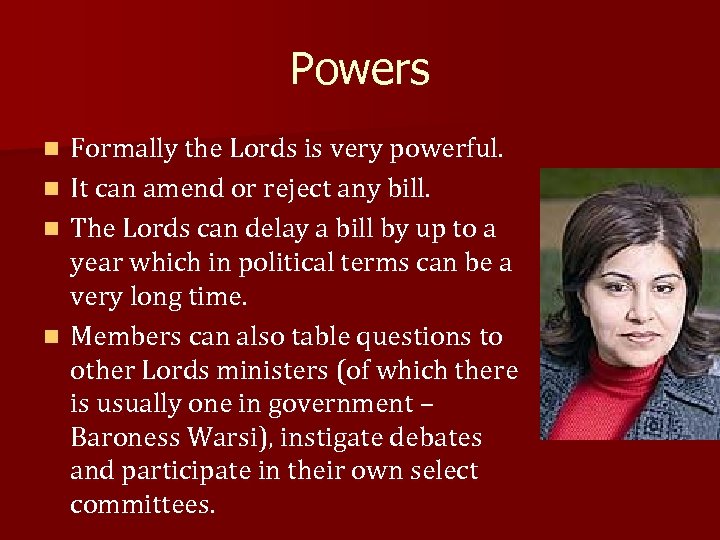 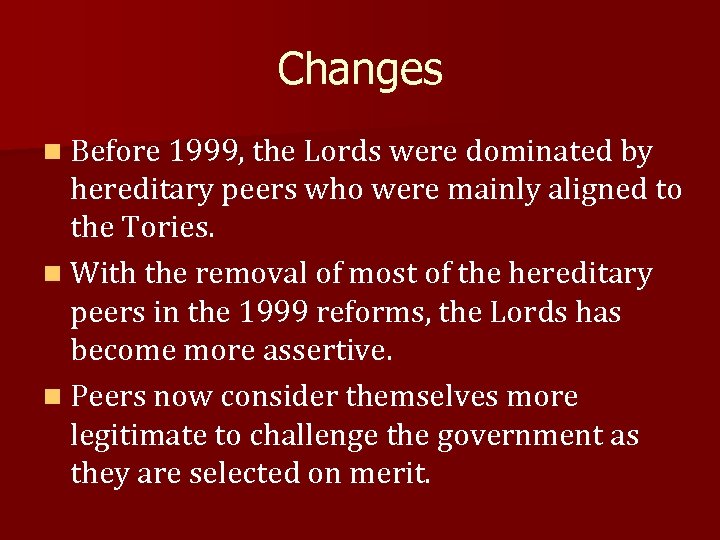 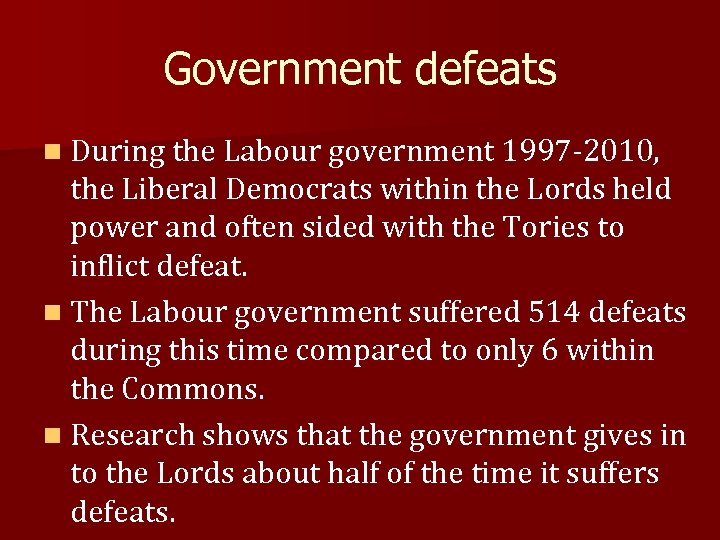 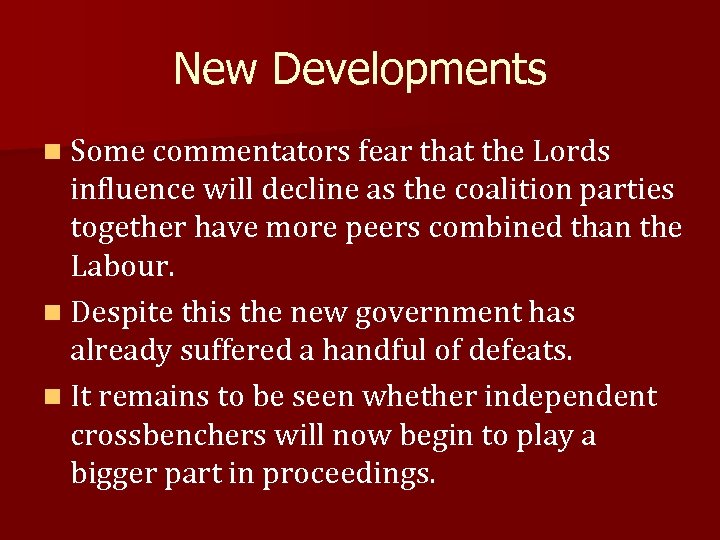 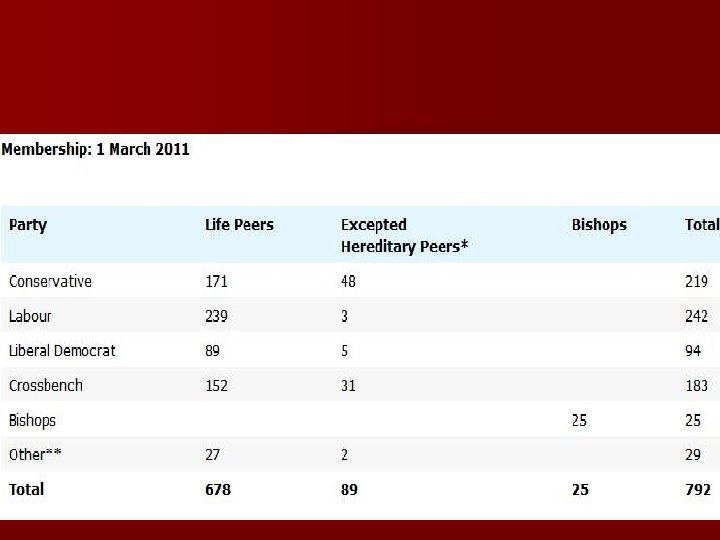 Скачать презентацию House of Lords Bicameral n In the

Bicameral n In the UK we have a Bicameral system of government which basically means we have two chambers. This is not unusual, other countries with this style of governance are France, USA, Italy and South Africa.

Who is in it? n Most members sit for parties but many members do not affiliate with a party and are called Crossbenchers. n This means that the party Whip and party loyalty play a lesser part in this Chamber whilst it dominates the Commons. n There also Bishops from the Church of England ensuring that in the UK there is some religious input in politics.

How do you become a Lord? n The main route is through appointment by the Prime Minister. n In recent years the PM’s power of patronage has been weakened as since 2000 a House of Lords Appointment Commission has been responsible for sleeting new members and vetting the PM’s choices. n In 2006 Tony Blair was accused of accepting ‘cash for honours’ during his time in office.

What type of people become Lords? Many are considered experts in their field. n They include lawyers, academics and other professionals such as Lord Sugar. n Nearly 200 former MPs are Lords such as Lord Prescott. n The average in 2010 was 69 whereas in the commons it was 50 but it does have a higher proportion of women and ethnic minorities than the Commons. n

Powers Formally the Lords is very powerful. n It can amend or reject any bill. n The Lords can delay a bill by up to a year which in political terms can be a very long time. n Members can also table questions to other Lords ministers (of which there is usually one in government – Baroness Warsi), instigate debates and participate in their own select committees. n

Changes n Before 1999, the Lords were dominated by hereditary peers who were mainly aligned to the Tories. n With the removal of most of the hereditary peers in the 1999 reforms, the Lords has become more assertive. n Peers now consider themselves more legitimate to challenge the government as they are selected on merit.

New Developments n Some commentators fear that the Lords influence will decline as the coalition parties together have more peers combined than the Labour. n Despite this the new government has already suffered a handful of defeats. n It remains to be seen whether independent crossbenchers will now begin to play a bigger part in proceedings.

Structure of the Central Government of the UK