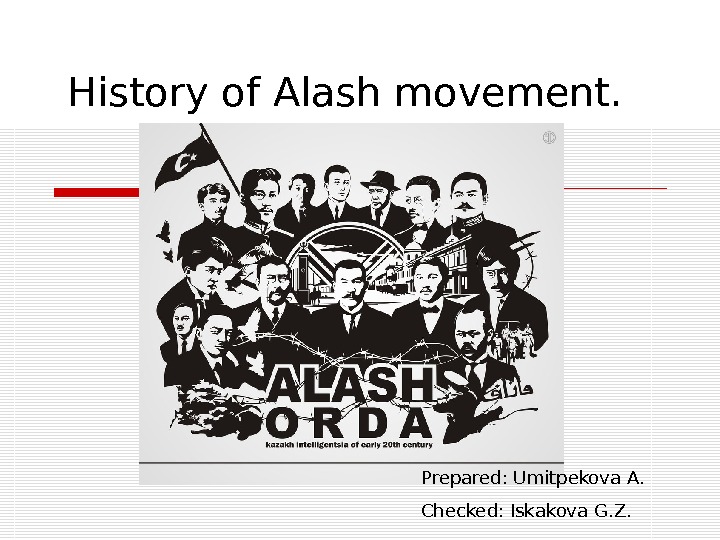 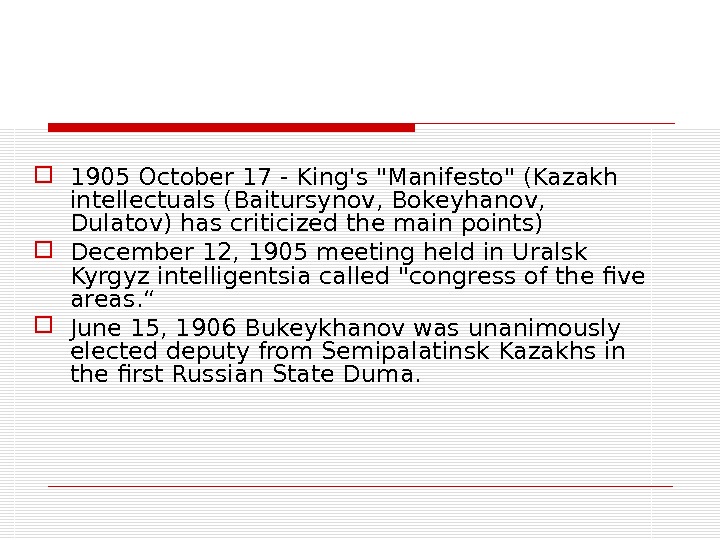 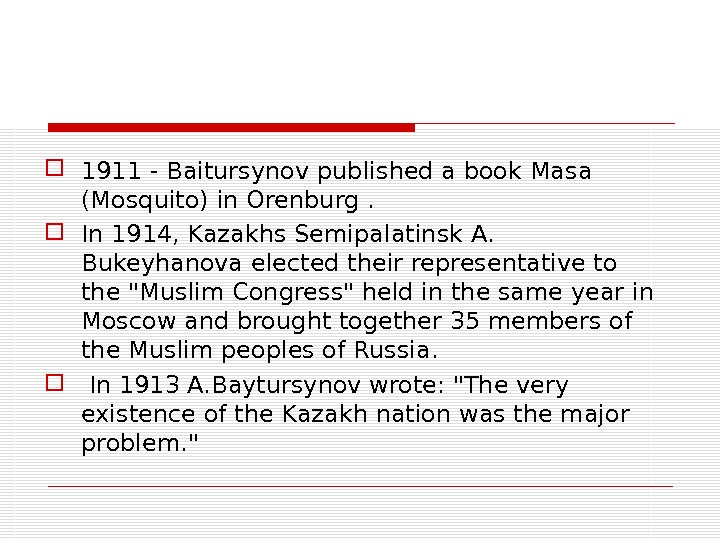 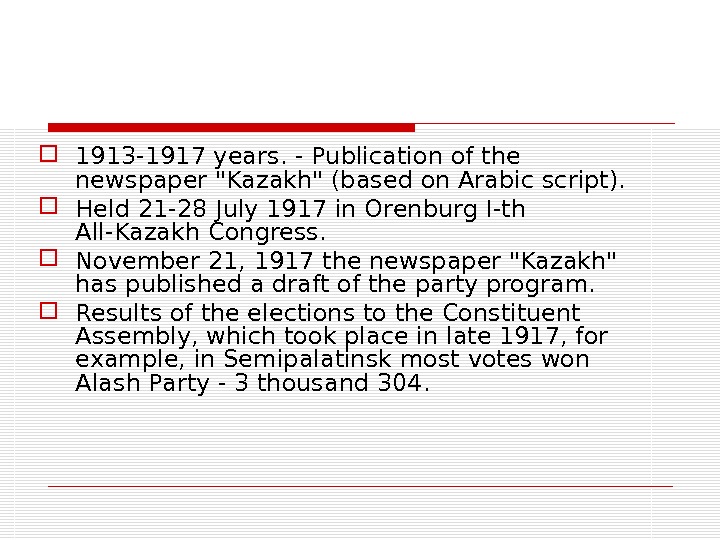 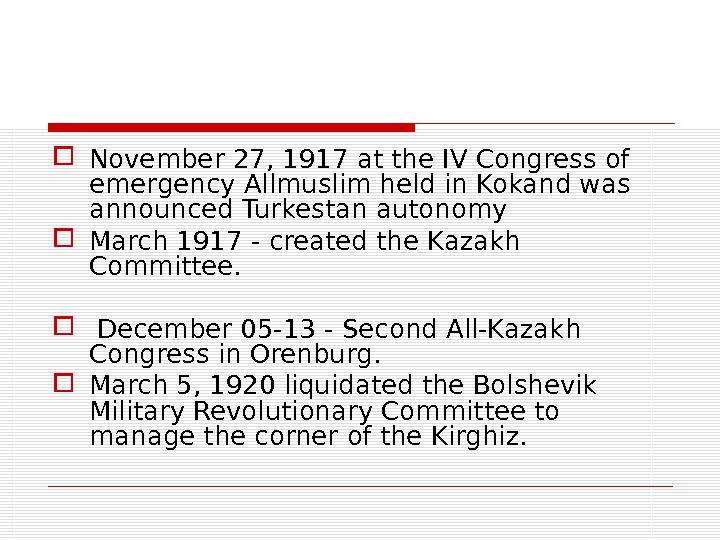 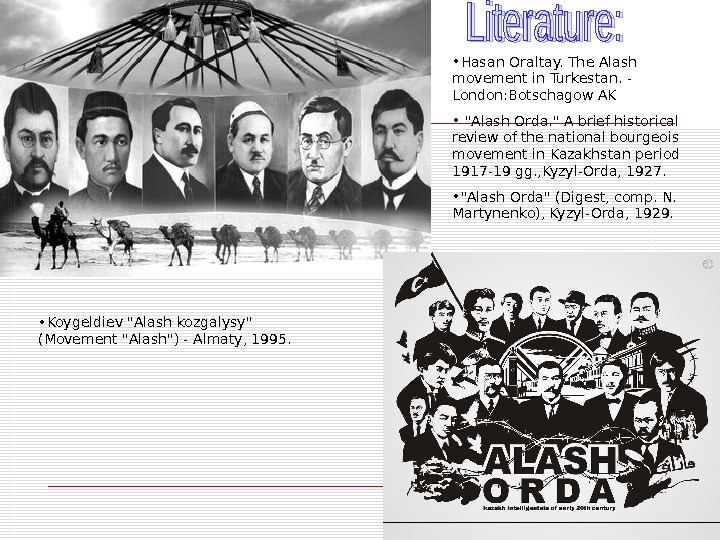 1911 — Baitursynov published a book Masa (Mosquito) in Orenburg. In 1914, Kazakhs Semipalatinsk A. Bukeyhanova elected their representative to the «Muslim Congress» held in the same year in Moscow and brought together 35 members of the Muslim peoples of Russia. In 1913 A. Baytursynov wrote: «The very existence of the Kazakh nation was the major problem. «

1913 -1917 years. — Publication of the newspaper «Kazakh» (based on Arabic script). Held 21 -28 July 1917 in Orenburg I-th All-Kazakh Congress. November 21, 1917 the newspaper «Kazakh» has published a draft of the party program. Results of the elections to the Constituent Assembly, which took place in late 1917, for example, in Semipalatinsk most votes won Alash Party — 3 thousand 304.

November 27, 1917 at the IV Congress of emergency Allmuslim held in Kokand was announced Turkestan autonomy March 1917 — created the Kazakh Committee. December 05 -13 — Second All-Kazakh Congress in Orenburg. March 5, 1920 liquidated the Bolshevik Military Revolutionary Committee to manage the corner of the Kirghiz.