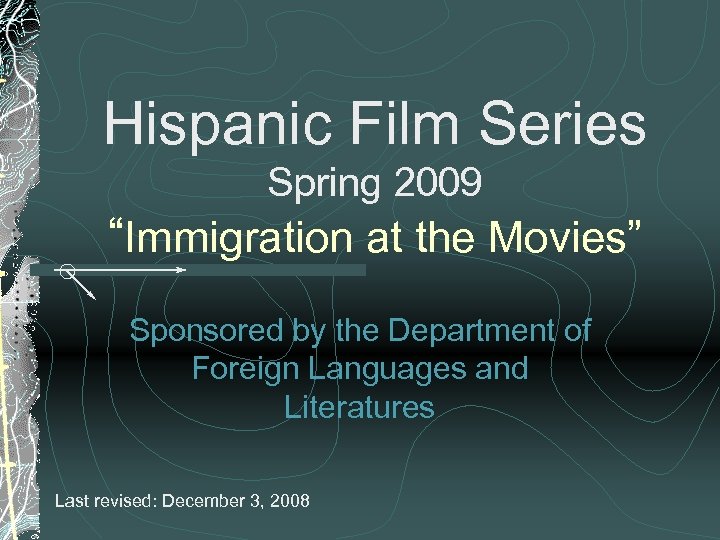 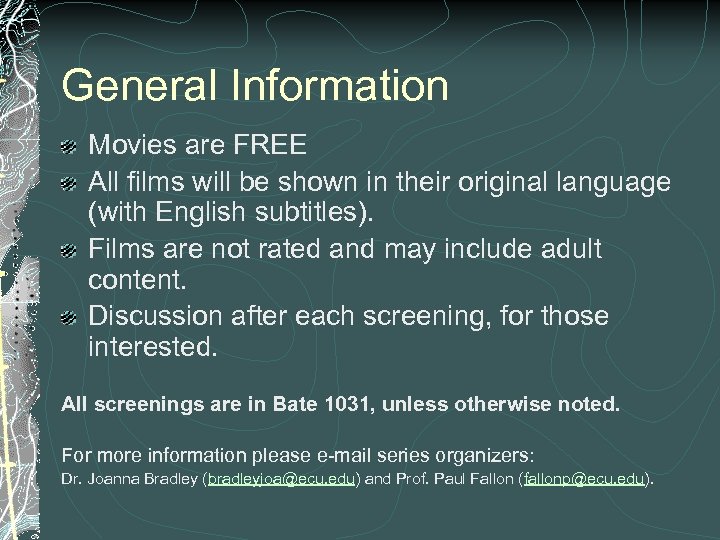 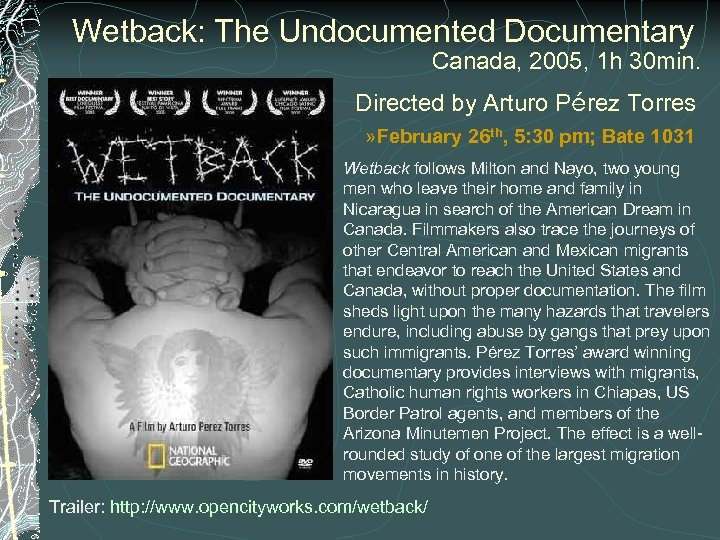 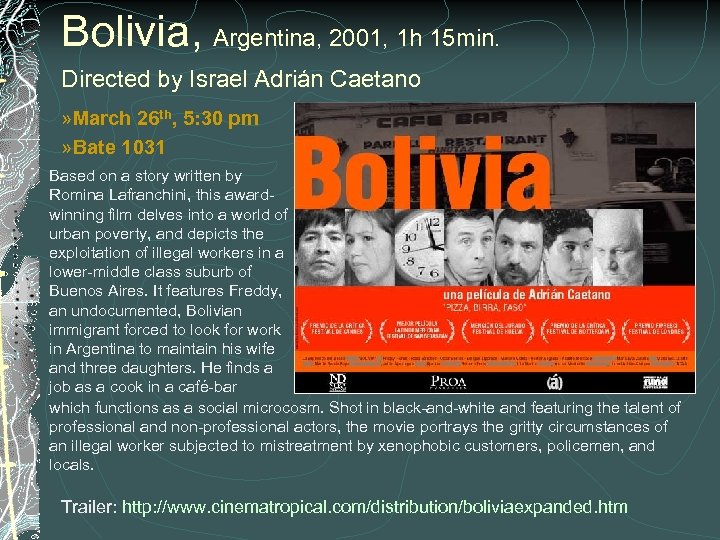 Hispanic Film Series Spring 2009 “Immigration at the Movies” Sponsored by the Department of Foreign Languages and Literatures Last revised: December 3, 2008

General Information Movies are FREE All films will be shown in their original language (with English subtitles). Films are not rated and may include adult content. Discussion after each screening, for those interested. All screenings are in Bate 1031, unless otherwise noted. For more information please e-mail series organizers: Dr. Joanna Bradley ([email protected] edu) and Prof. Paul Fallon ([email protected] edu).

Wetback: The Undocumented Documentary Canada, 2005, 1 h 30 min. Directed by Arturo Pérez Torres » February 26 th, 5: 30 pm; Bate 1031 Wetback follows Milton and Nayo, two young men who leave their home and family in Nicaragua in search of the American Dream in Canada. Filmmakers also trace the journeys of other Central American and Mexican migrants that endeavor to reach the United States and Canada, without proper documentation. The film sheds light upon the many hazards that travelers endure, including abuse by gangs that prey upon such immigrants. Pérez Torres’ award winning documentary provides interviews with migrants, Catholic human rights workers in Chiapas, US Border Patrol agents, and members of the Arizona Minutemen Project. The effect is a wellrounded study of one of the largest migration movements in history. Trailer: http: //www. opencityworks. com/wetback/

Bolivia, Argentina, 2001, 1 h 15 min. Directed by Israel Adrián Caetano » March 26 th, 5: 30 pm » Bate 1031 Based on a story written by Romina Lafranchini, this awardwinning film delves into a world of urban poverty, and depicts the exploitation of illegal workers in a lower-middle class suburb of Buenos Aires. It features Freddy, an undocumented, Bolivian immigrant forced to look for work in Argentina to maintain his wife and three daughters. He finds a job as a cook in a café-bar which functions as a social microcosm. Shot in black-and-white and featuring the talent of professional and non-professional actors, the movie portrays the gritty circumstances of an illegal worker subjected to mistreatment by xenophobic customers, policemen, and locals. Trailer: http: //www. cinematropical. com/distribution/boliviaexpanded. htm