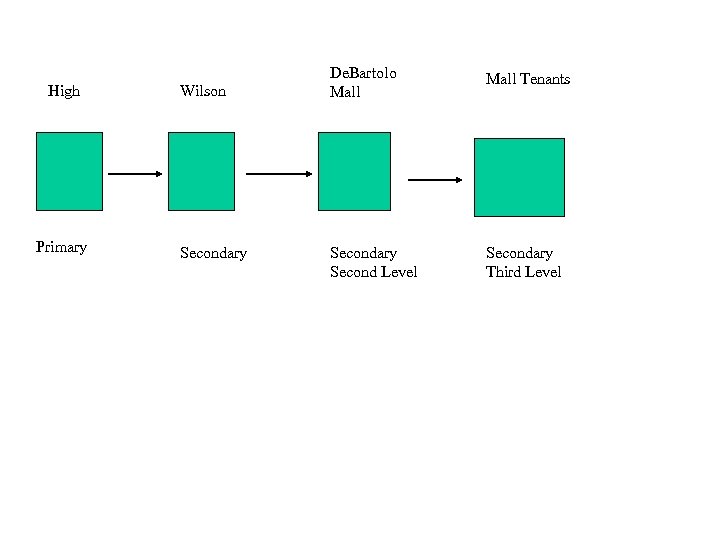 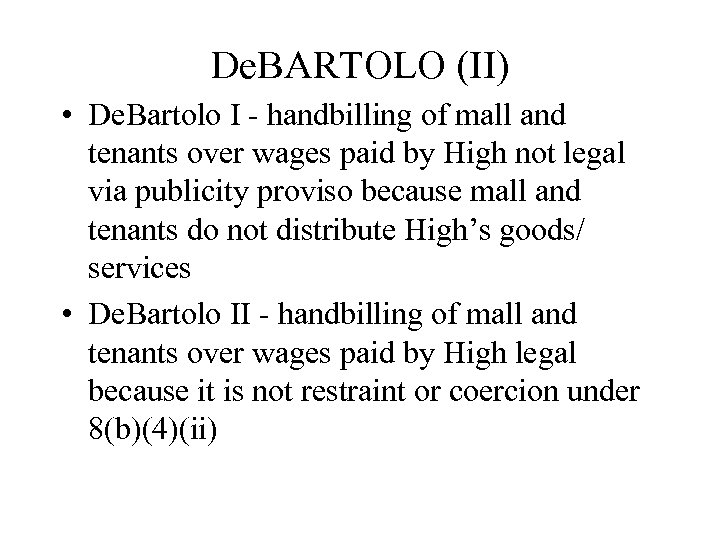 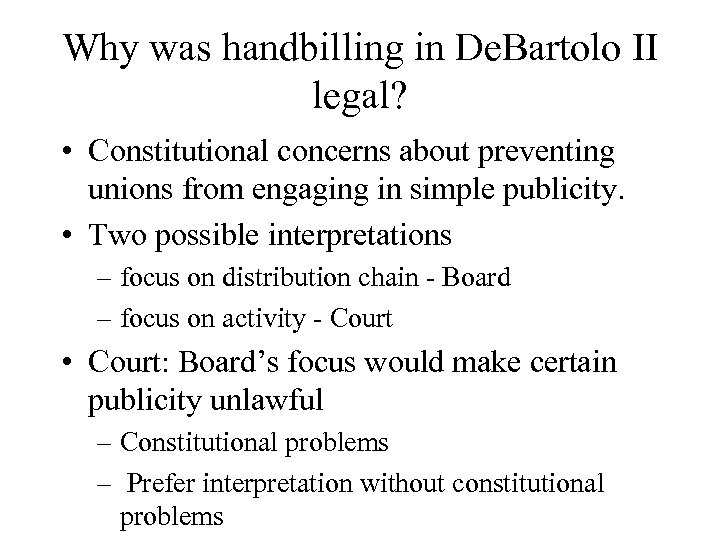 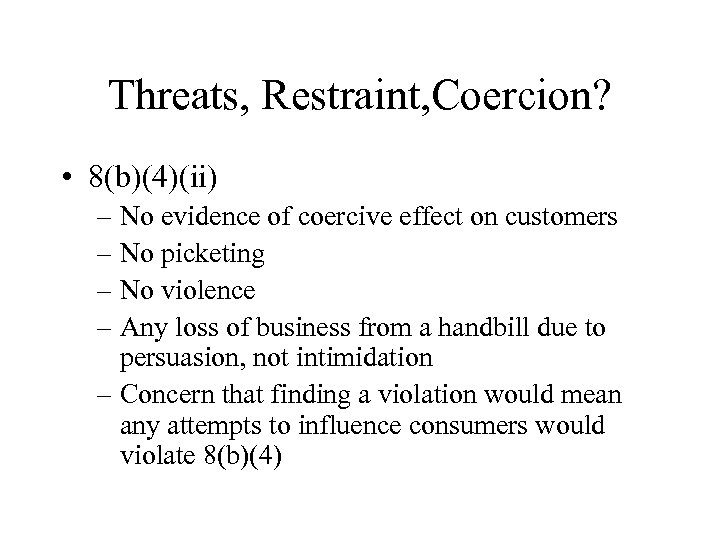 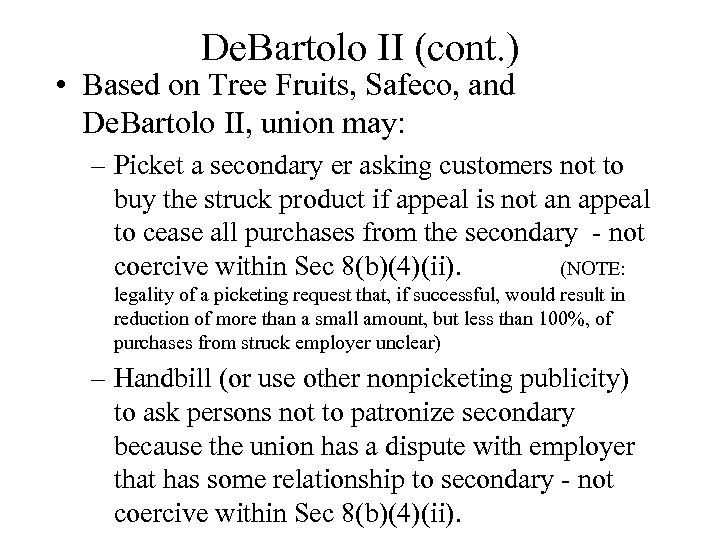 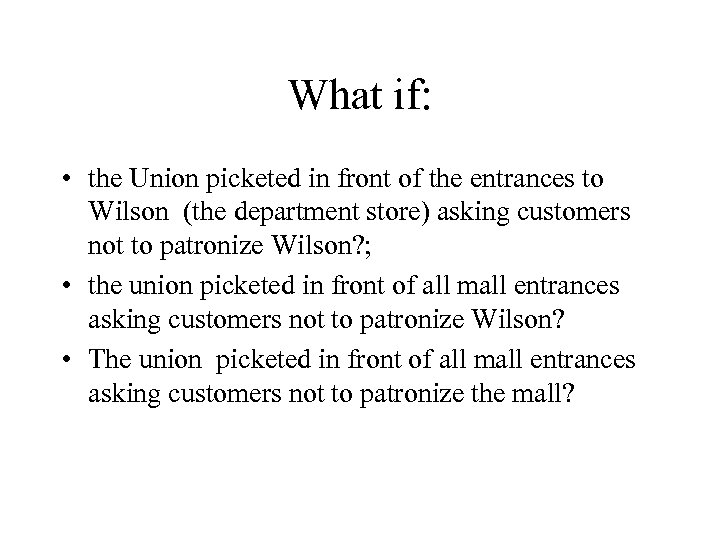 Threats, Restraint, Coercion? • 8(b)(4)(ii) – No evidence of coercive effect on customers – No picketing – No violence – Any loss of business from a handbill due to persuasion, not intimidation – Concern that finding a violation would mean any attempts to influence consumers would violate 8(b)(4)

De. Bartolo II (cont. ) • Based on Tree Fruits, Safeco, and De. Bartolo II, union may: – Picket a secondary er asking customers not to buy the struck product if appeal is not an appeal to cease all purchases from the secondary - not coercive within Sec 8(b)(4)(ii). (NOTE: legality of a picketing request that, if successful, would result in reduction of more than a small amount, but less than 100%, of purchases from struck employer unclear) – Handbill (or use other nonpicketing publicity) to ask persons not to patronize secondary because the union has a dispute with employer that has some relationship to secondary - not coercive within Sec 8(b)(4)(ii).