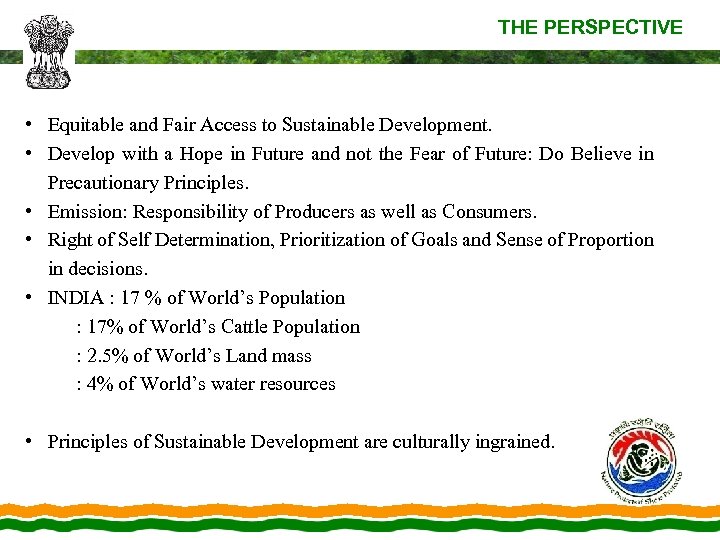 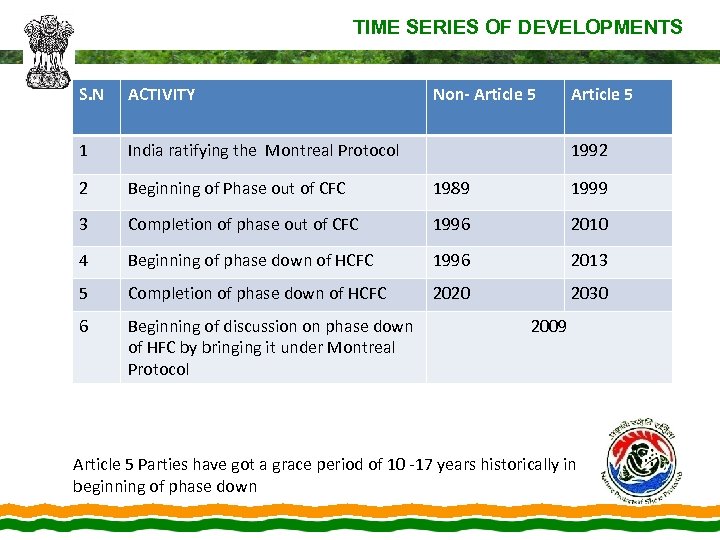 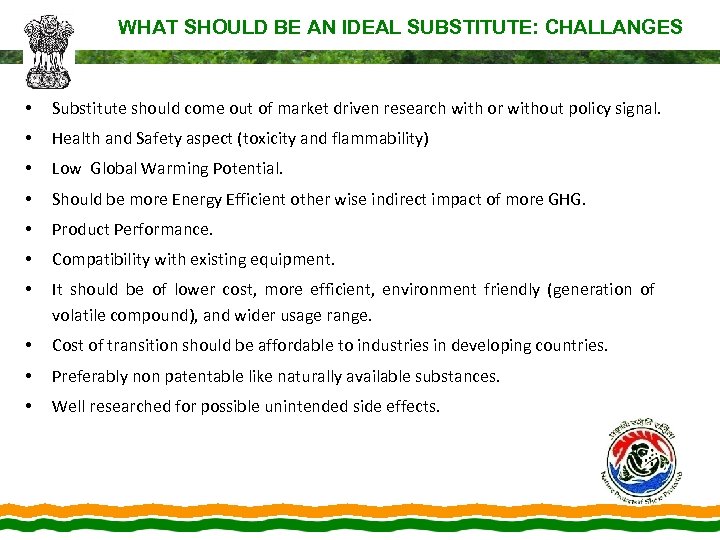 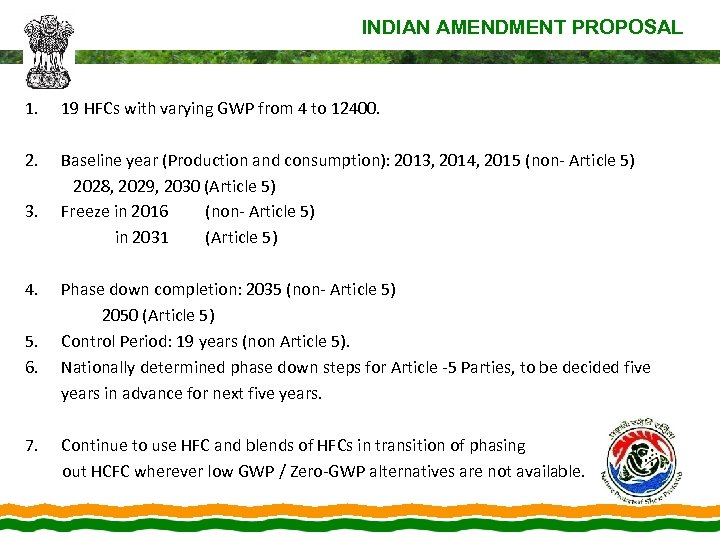 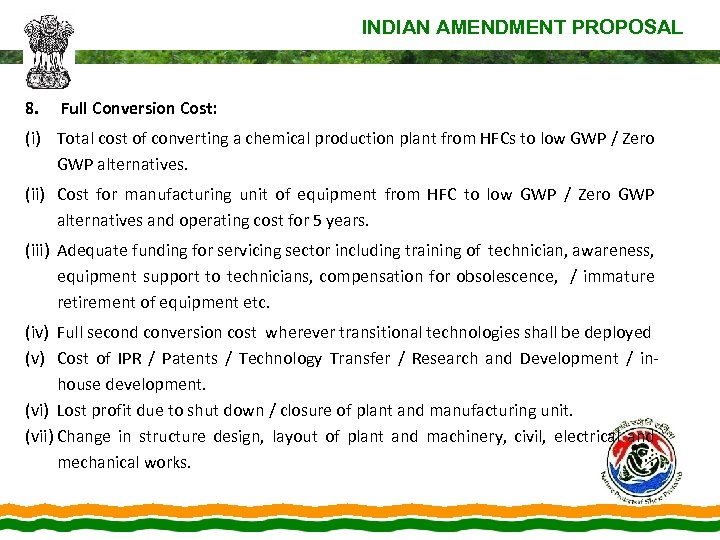 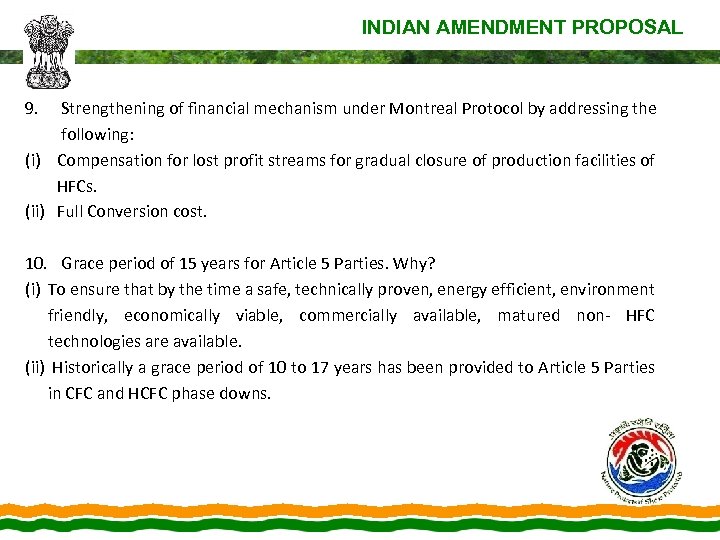 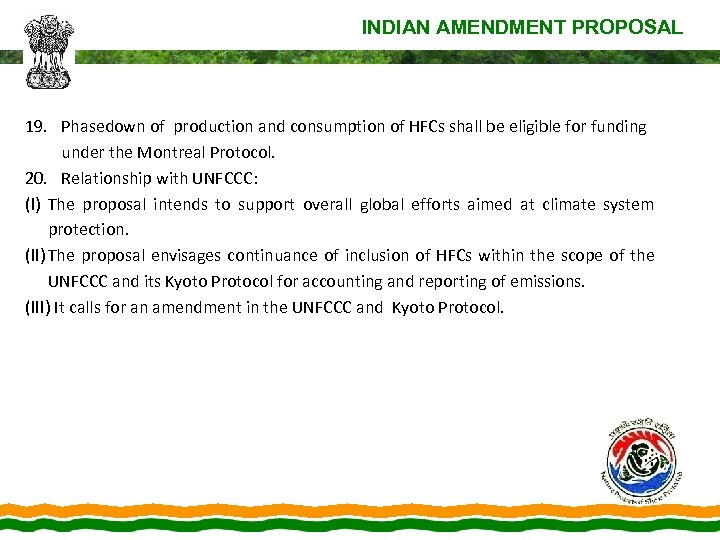 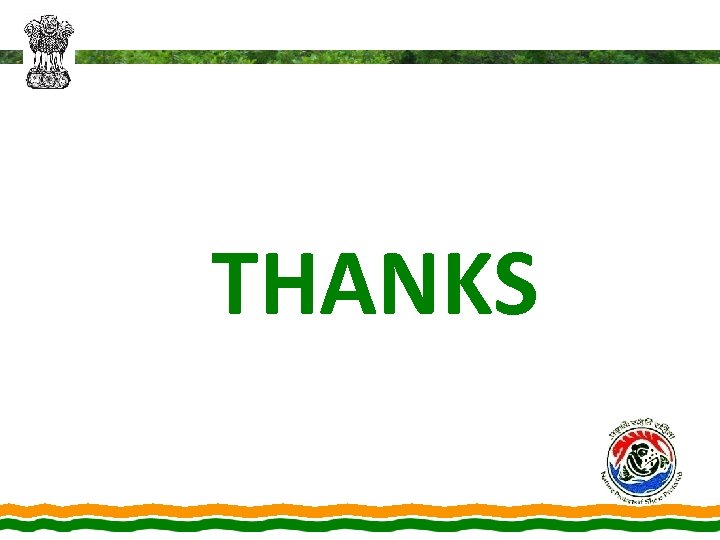 THE PERSPECTIVE • Equitable and Fair Access to Sustainable Development. • Develop with a Hope in Future and not the Fear of Future: Do Believe in Precautionary Principles. • Emission: Responsibility of Producers as well as Consumers. • Right of Self Determination, Prioritization of Goals and Sense of Proportion in decisions. • INDIA : 17 % of World’s Population : 17% of World’s Cattle Population : 2. 5% of World’s Land mass : 4% of World’s water resources • Principles of Sustainable Development are culturally ingrained.

INDIAN PERSPECTIVE • High Growth Rate of GDP (more than 7% annual) – Rising Income and Aspirations. • 70 % of buildings which will exist in India in 2050, there construction is yet to begin. • High rate of urbanization; High growth rate in residential, office and commercial space. • Low penetration of cars: India- 15 per 1000 population, China – 60 per 1000, Brazil is 200 per 1000, and USA is 800 per 1000. Indian car industry to touch 4 m units in 2016. • Steep increase envisaged in food processing, refrigeration, storage and transportation in refer vans of agricultural produce. • HFC s is 1% of GHG emission (though growing at rate of 8 to 9% per year).

WHY TO BRING HFC UNDER MONTREAL PROTOCOL ? • Largest, Fastest and most Cost Effective mitigation option currently available (potential to prevent 87 to 146 Gton Co 2 e) by 2050. • HFC have high GWP (4 to 12400). • Montreal Protocol adopted phase out of CFC and HCFC (ODS) and HFC came as substitute for CFCs and HCFCs. • HFC-23 is bi-product of HCFC-22 production, which is controlled by Montreal Protocol. • HCFC users will normally switch over to HFC: Increasing demand for AC / Refrigeration in developing world has potential for tremendous increase of HFC sin atmosphere – significant impact on radiative forcing. • Complementarity in objectives of Montreal Protocol and UNFCCC. • The HCFC phase-out has just begun, so scope of leap frogging to non- HFC options.

WHAT SHOULD BE AN IDEAL SUBSTITUTE: CHALLANGES • Substitute should come out of market driven research with or without policy signal. • Health and Safety aspect (toxicity and flammability) • Low Global Warming Potential. • Should be more Energy Efficient other wise indirect impact of more GHG. • Product Performance. • Compatibility with existing equipment. • It should be of lower cost, more efficient, environment friendly (generation of volatile compound), and wider usage range. • Cost of transition should be affordable to industries in developing countries. • Preferably non patentable like naturally available substances. • Well researched for possible unintended side effects.

INDIAN AMENDMENT PROPOSAL 9. Strengthening of financial mechanism under Montreal Protocol by addressing the following: (i) Compensation for lost profit streams for gradual closure of production facilities of HFCs. (ii) Full Conversion cost. 10. Grace period of 15 years for Article 5 Parties. Why? (i) To ensure that by the time a safe, technically proven, energy efficient, environment friendly, economically viable, commercially available, matured non- HFC technologies are available. (ii) Historically a grace period of 10 to 17 years has been provided to Article 5 Parties in CFC and HCFC phase downs.

INDIAN AMENDMENT PROPOSAL ANNEX G • HFC -23 Comprehensive R&D to be taken to make use of HFC-23 for converting it in a useful product. 13. Use of GWP weightage for HFCs in Montreal Protocol. 14. Exemption for production and consumption of HFCs for manufacturing of Metered Dose Inhalers and other medical appliances. 15. Provisions of Essential Use Nomination for both non- Article 5 and Article 5 Parties. 16. No control on feedstock applications of HFCs. 17. Requirement of licensing of HFC imports and exports and bans imports and exports to non-Parties. 18. Requirement of Reporting of production, imports and exports of HFCs.

INDIAN AMENDMENT PROPOSAL 19. Phasedown of production and consumption of HFCs shall be eligible for funding under the Montreal Protocol. 20. Relationship with UNFCCC: (I) The proposal intends to support overall global efforts aimed at climate system protection. (II) The proposal envisages continuance of inclusion of HFCs within the scope of the UNFCCC and its Kyoto Protocol for accounting and reporting of emissions. (III) It calls for an amendment in the UNFCCC and Kyoto Protocol.