Her Mother by Anjana Appachana A Native Mother s 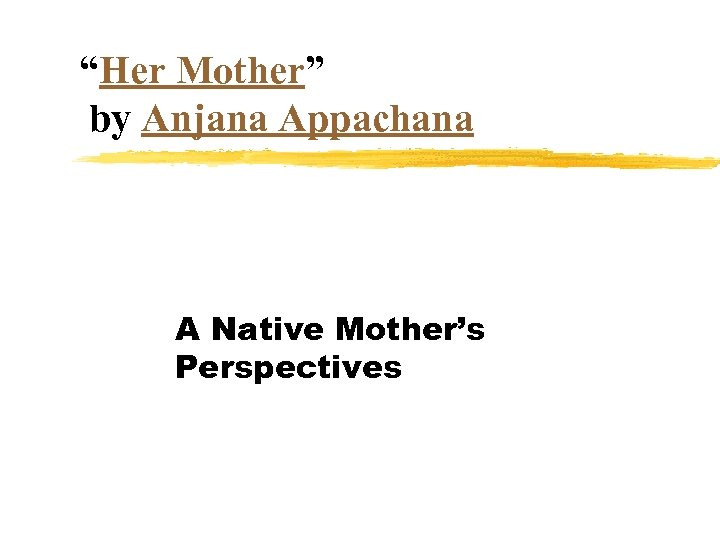 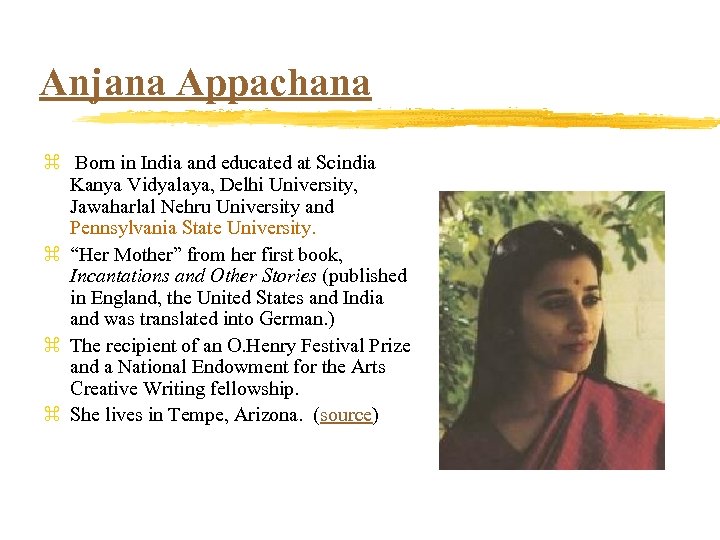 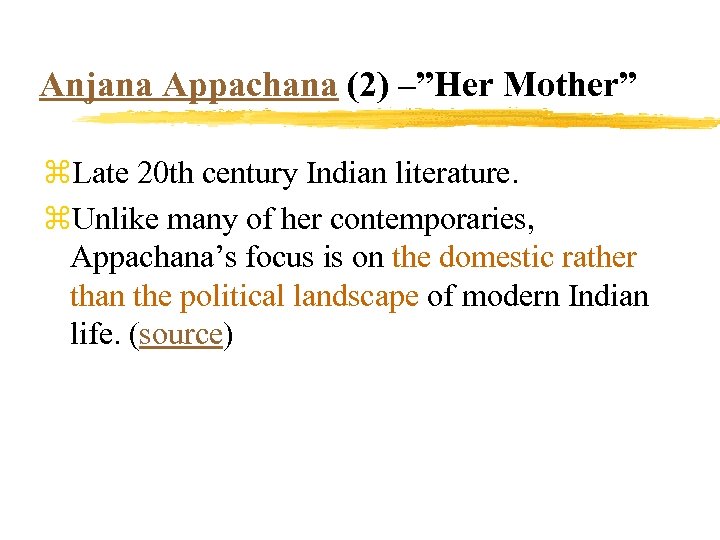 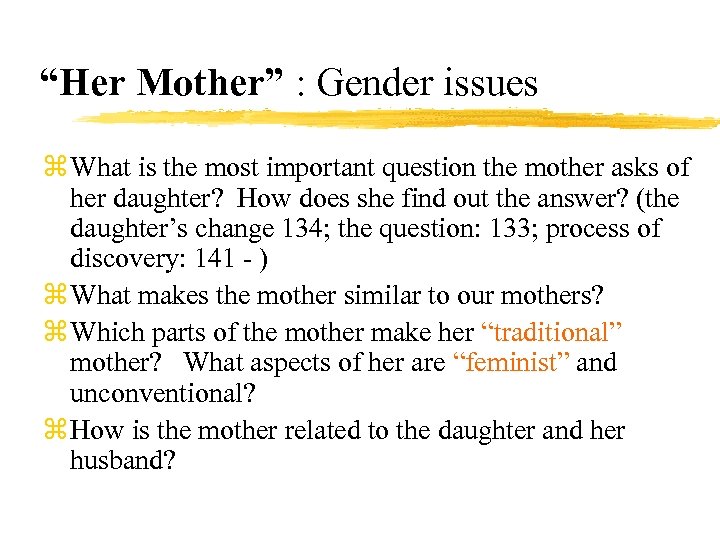 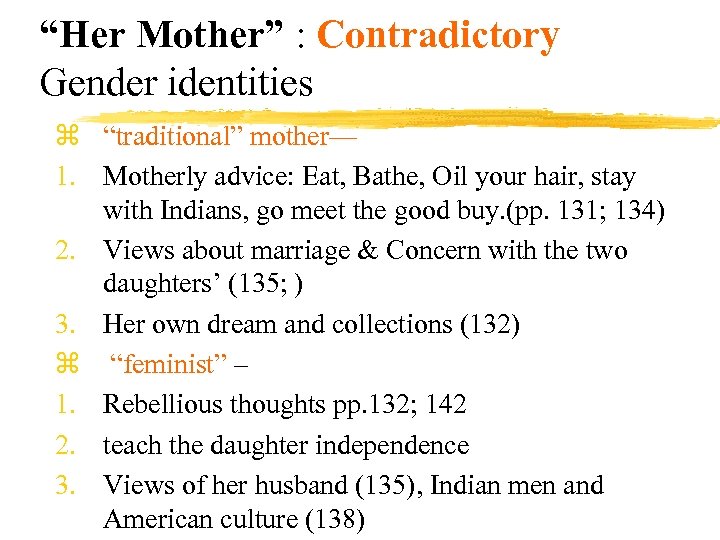 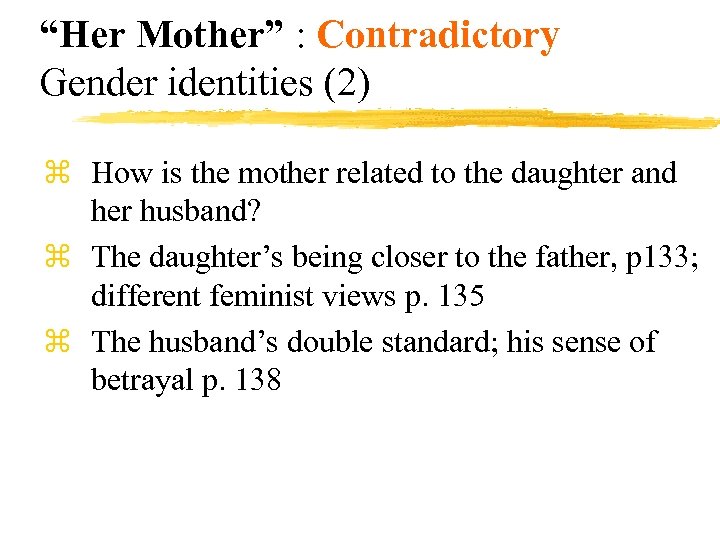 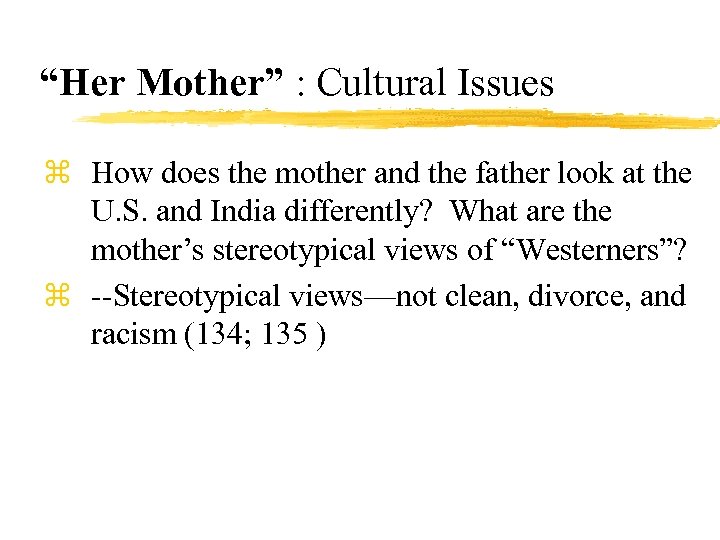 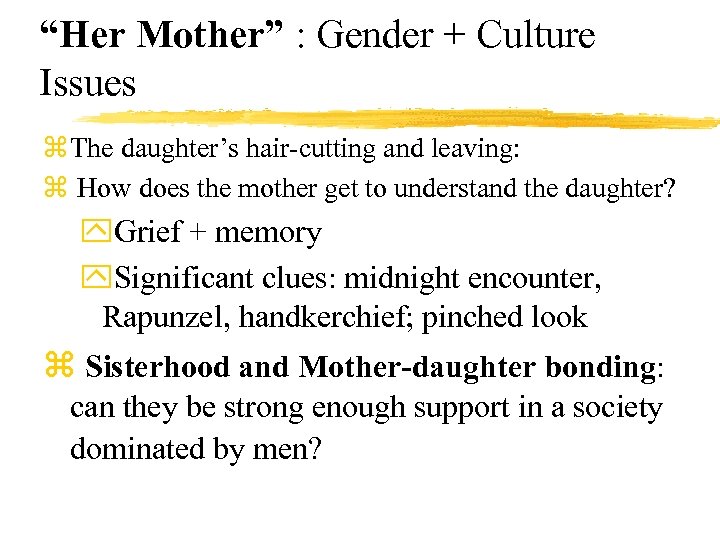 “Her Mother” by Anjana Appachana A Native Mother’s Perspectives

Anjana Appachana z Born in India and educated at Scindia Kanya Vidyalaya, Delhi University, Jawaharlal Nehru University and Pennsylvania State University. z “Her Mother” from her first book, Incantations and Other Stories (published in England, the United States and India and was translated into German. ) z The recipient of an O. Henry Festival Prize and a National Endowment for the Arts Creative Writing fellowship. z She lives in Tempe, Arizona. (source)

Anjana Appachana (2) –”Her Mother” z. Late 20 th century Indian literature. z. Unlike many of her contemporaries, Appachana’s focus is on the domestic rather than the political landscape of modern Indian life. (source)

“Her Mother” : Gender issues z What is the most important question the mother asks of her daughter? How does she find out the answer? (the daughter’s change 134; the question: 133; process of discovery: 141 - ) z What makes the mother similar to our mothers? z Which parts of the mother make her “traditional” mother? What aspects of her are “feminist” and unconventional? z How is the mother related to the daughter and her husband?

“Her Mother” : Contradictory Gender identities (2) z How is the mother related to the daughter and her husband? z The daughter’s being closer to the father, p 133; different feminist views p. 135 z The husband’s double standard; his sense of betrayal p. 138

“Her Mother” : Cultural Issues z How does the mother and the father look at the U. S. and India differently? What are the mother’s stereotypical views of “Westerners”? z --Stereotypical views—not clean, divorce, and racism (134; 135 )

“Her Mother” : Gender + Culture Issues z The daughter’s hair-cutting and leaving: z How does the mother get to understand the daughter? y. Grief + memory y. Significant clues: midnight encounter, Rapunzel, handkerchief; pinched look z Sisterhood and Mother-daughter bonding: can they be strong enough support in a society dominated by men?

The phrase Her Majesty’s Government is a