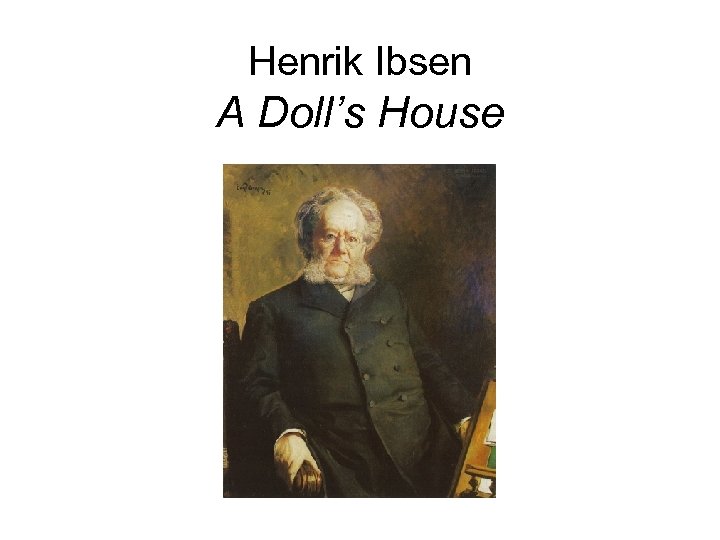 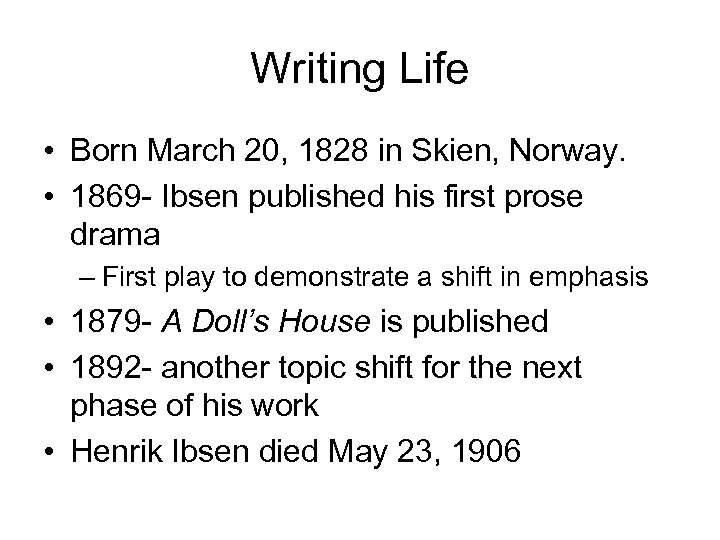 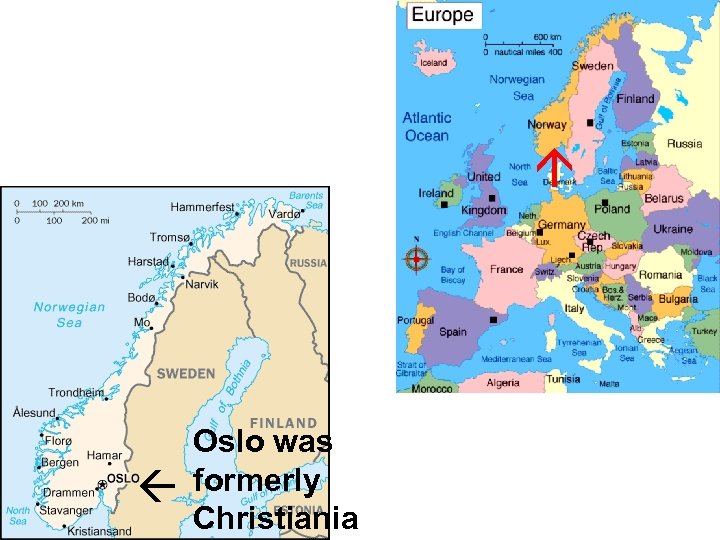 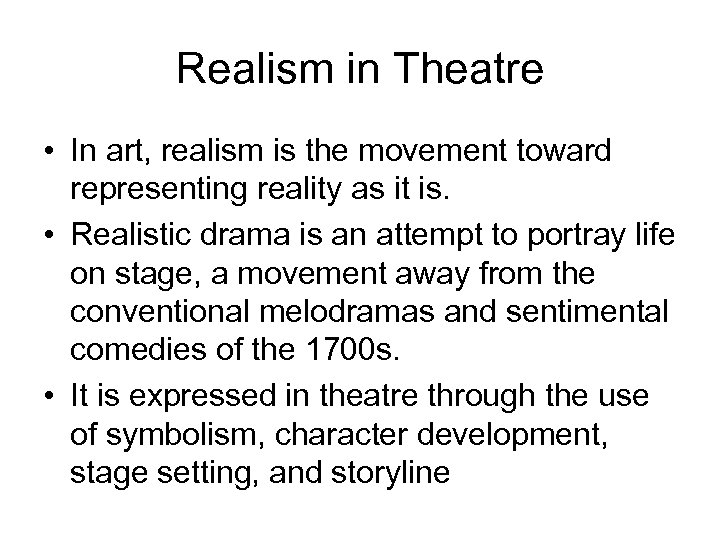 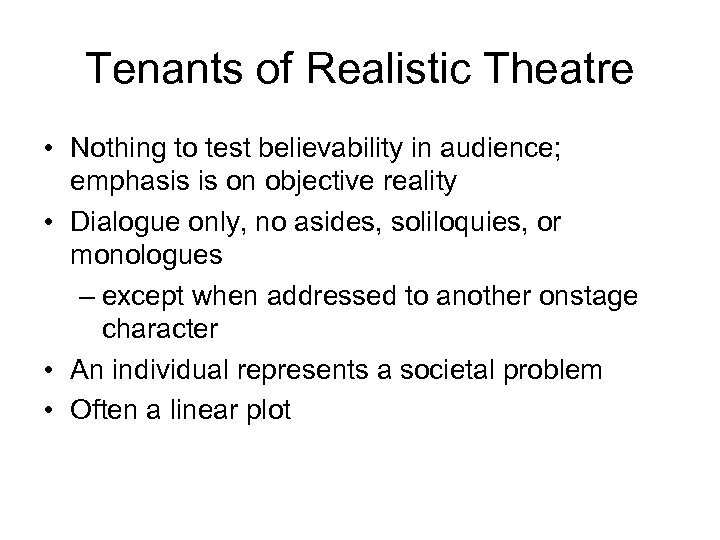 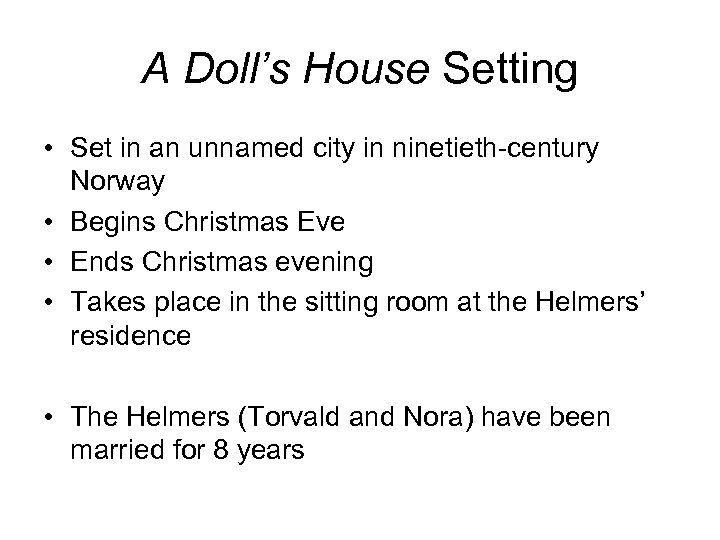 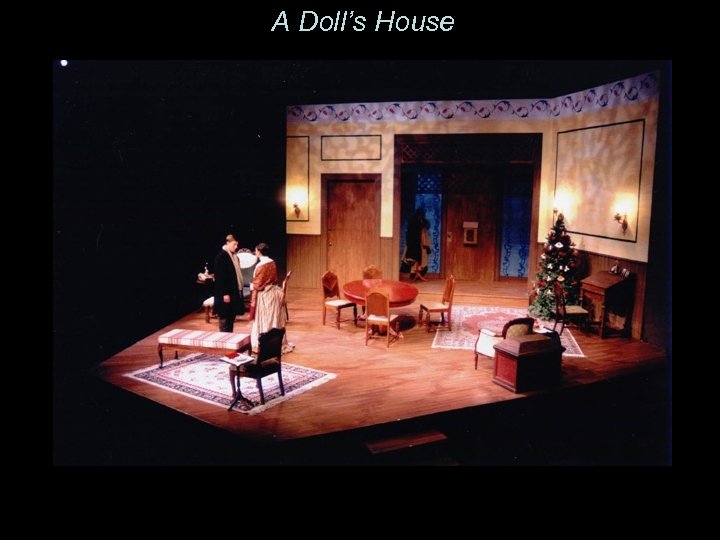 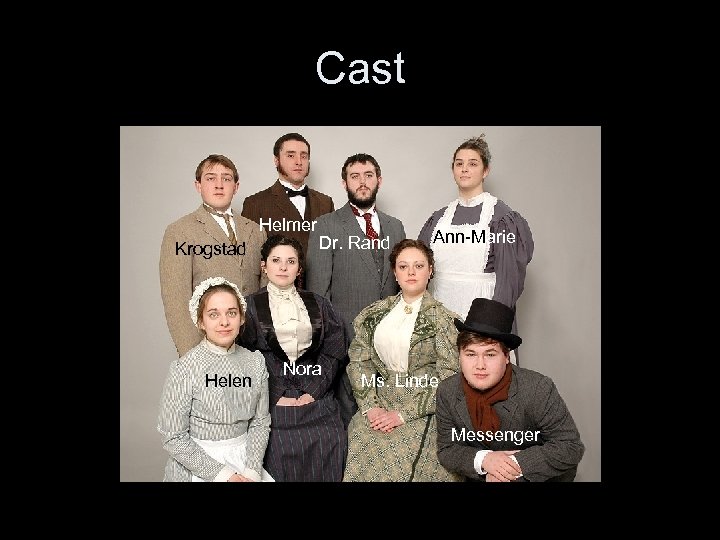 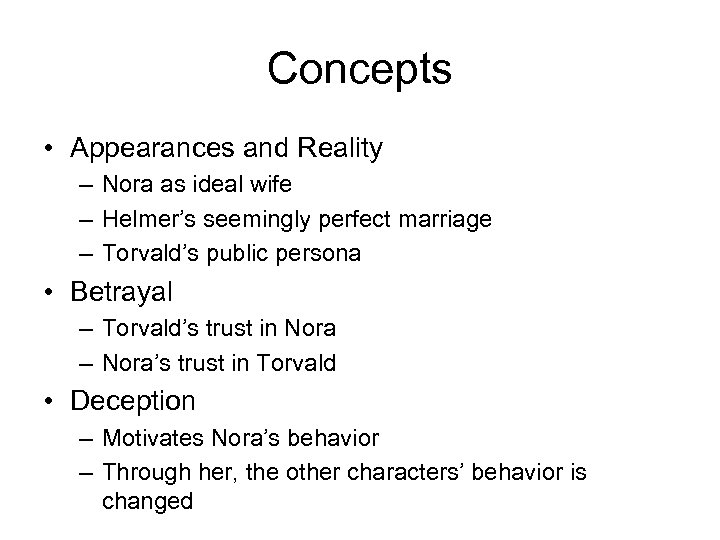 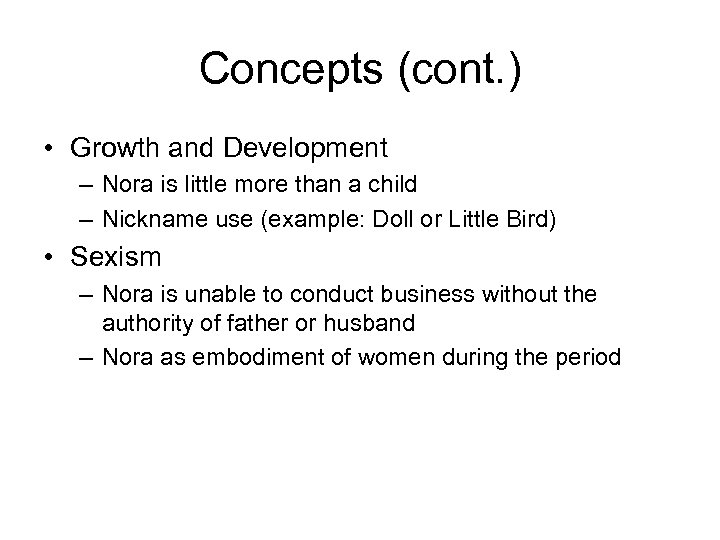 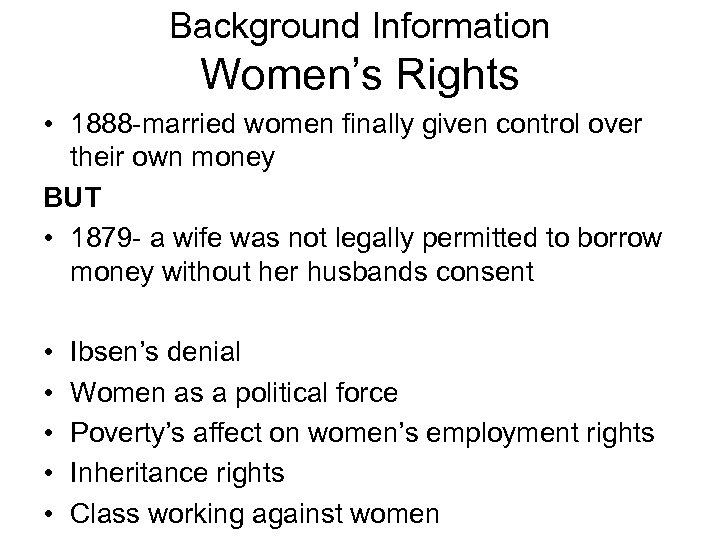 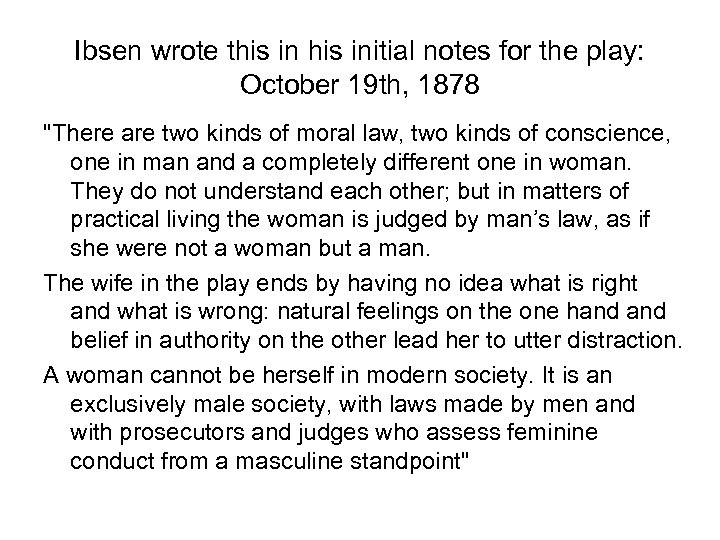 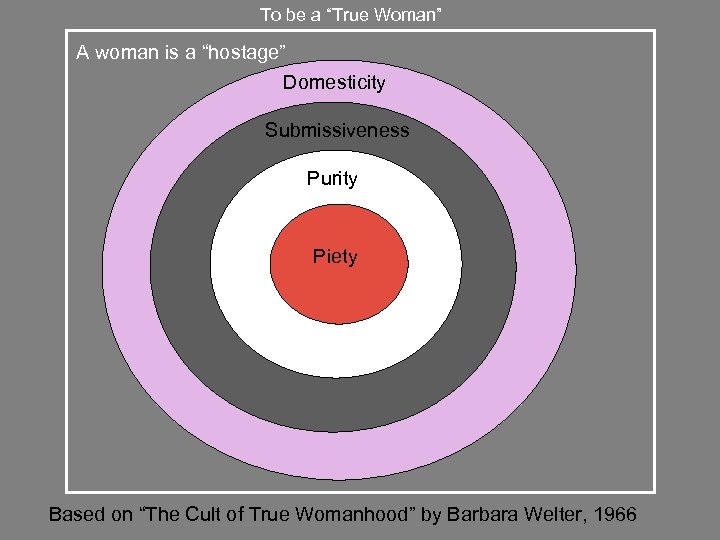 Realism in Theatre • In art, realism is the movement toward representing reality as it is. • Realistic drama is an attempt to portray life on stage, a movement away from the conventional melodramas and sentimental comedies of the 1700 s. • It is expressed in theatre through the use of symbolism, character development, stage setting, and storyline

Tenants of Realistic Theatre • Nothing to test believability in audience; emphasis is on objective reality • Dialogue only, no asides, soliloquies, or monologues – except when addressed to another onstage character • An individual represents a societal problem • Often a linear plot

Ibsen & A Doll’s House • • Published December 4, 1879 First performed in Copenhagen December 21 st Initial printing of 8, 000 sold out Controversy lead to a second ending – Ibsen called it “a barbaric outrage” • Ibsen’s beliefs on women • New genre of modern drama – Previously historical romances or contrived comedy of manners. Because of this… • Ibsen is known as the “father of modern drama”

Concepts (cont. ) • Growth and Development – Nora is little more than a child – Nickname use (example: Doll or Little Bird) • Sexism – Nora is unable to conduct business without the authority of father or husband – Nora as embodiment of women during the period

Ibsen wrote this initial notes for the play: October 19 th, 1878 "There are two kinds of moral law, two kinds of conscience, one in man and a completely different one in woman. They do not understand each other; but in matters of practical living the woman is judged by man’s law, as if she were not a woman but a man. The wife in the play ends by having no idea what is right and what is wrong: natural feelings on the one hand belief in authority on the other lead her to utter distraction. A woman cannot be herself in modern society. It is an exclusively male society, with laws made by men and with prosecutors and judges who assess feminine conduct from a masculine standpoint"

To be a “True Woman” A woman is a “hostage” Domesticity Submissiveness Purity Piety Based on “The Cult of True Womanhood” by Barbara Welter, 1966