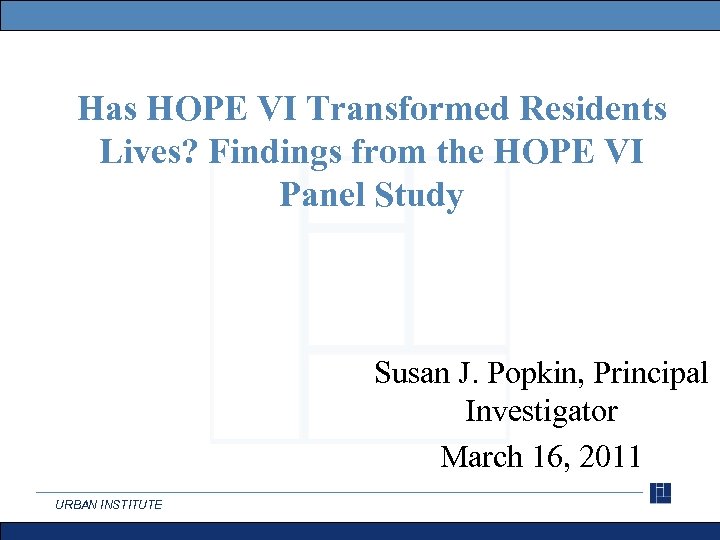 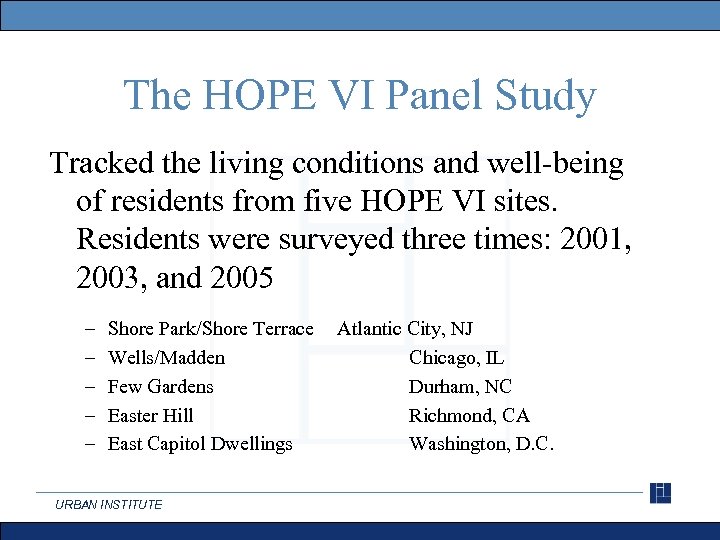 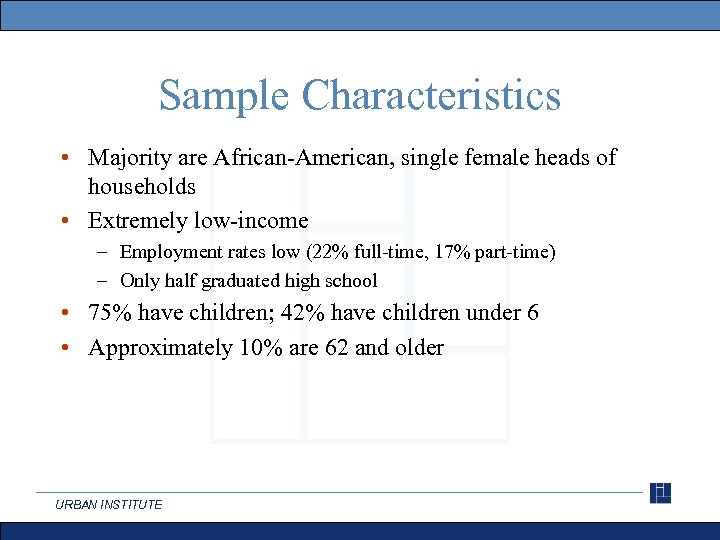 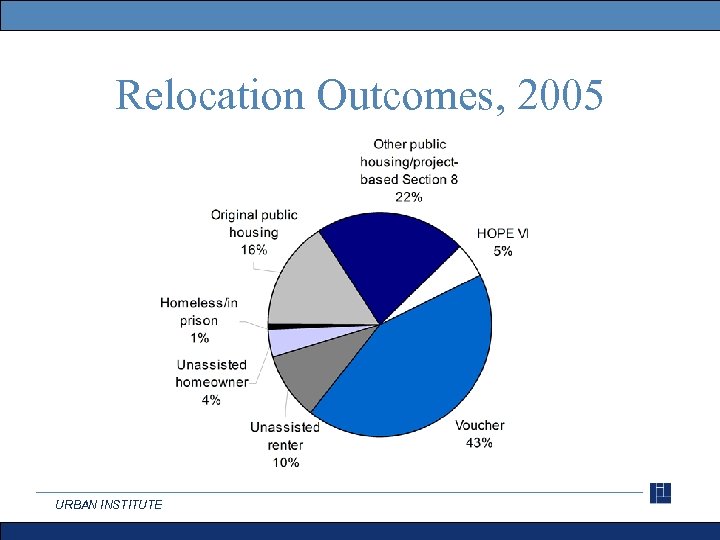 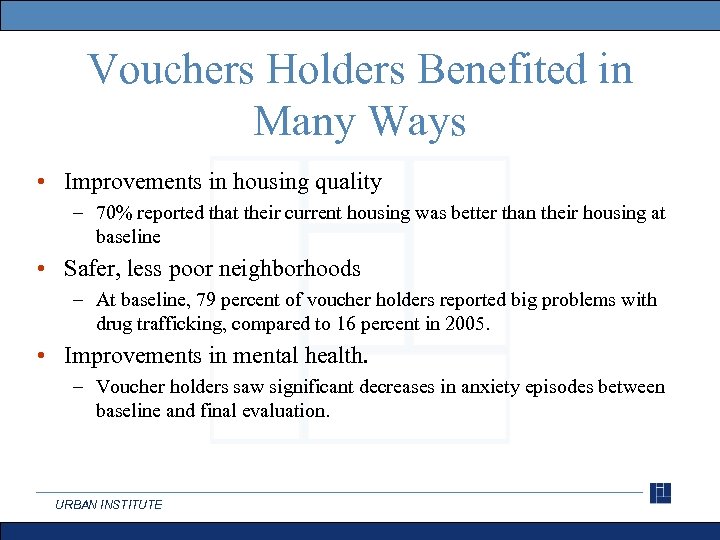 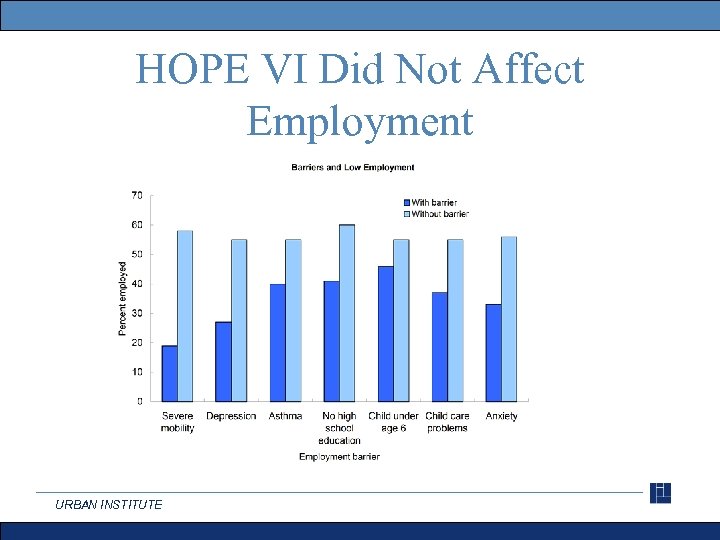 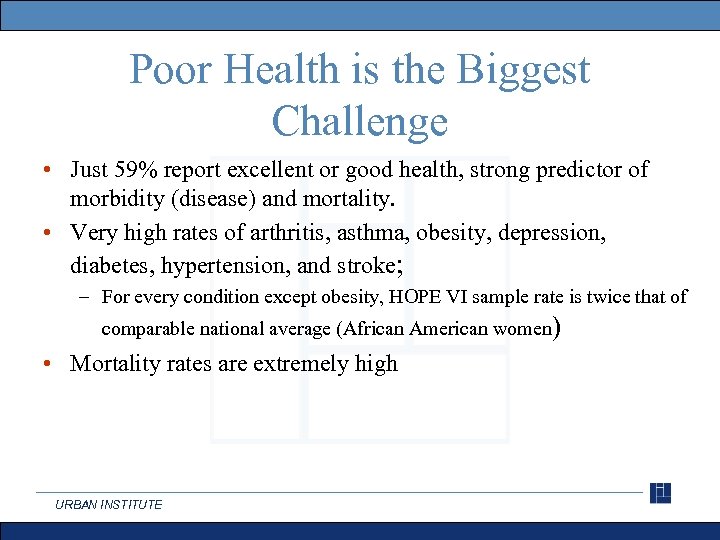 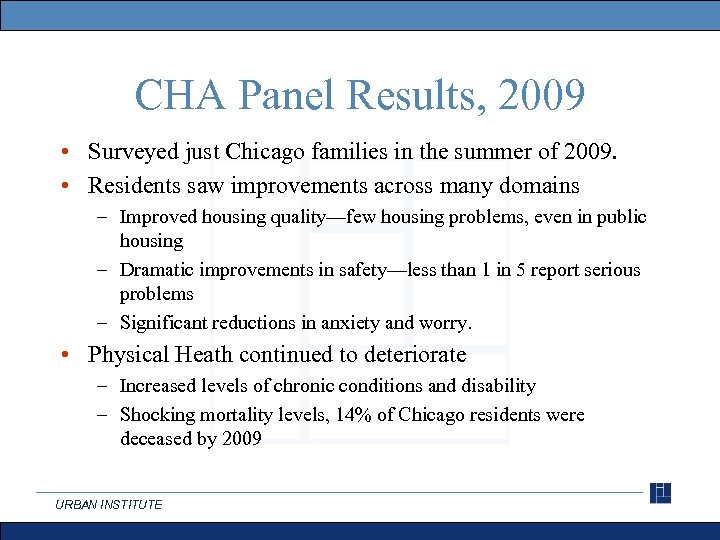 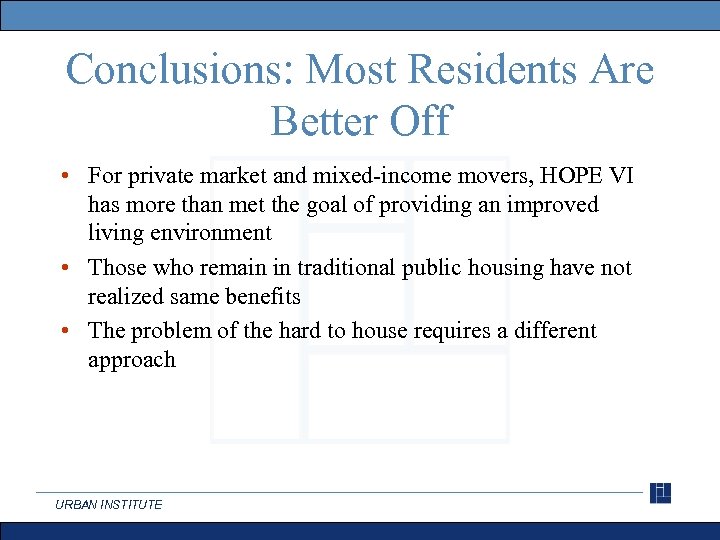 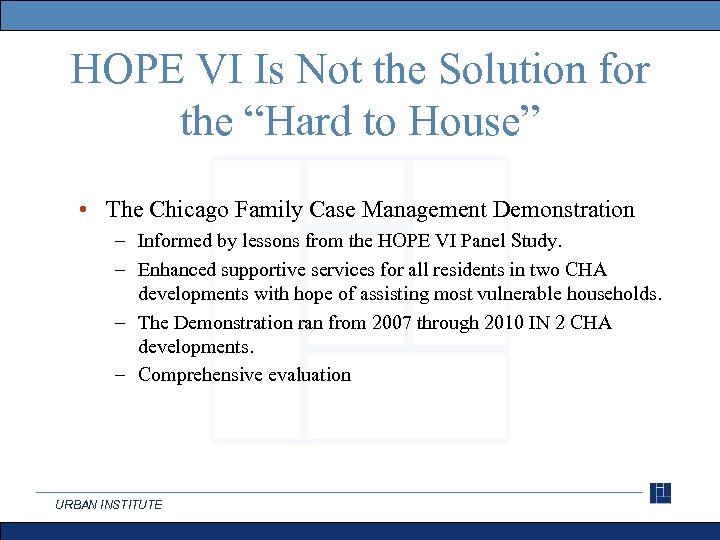 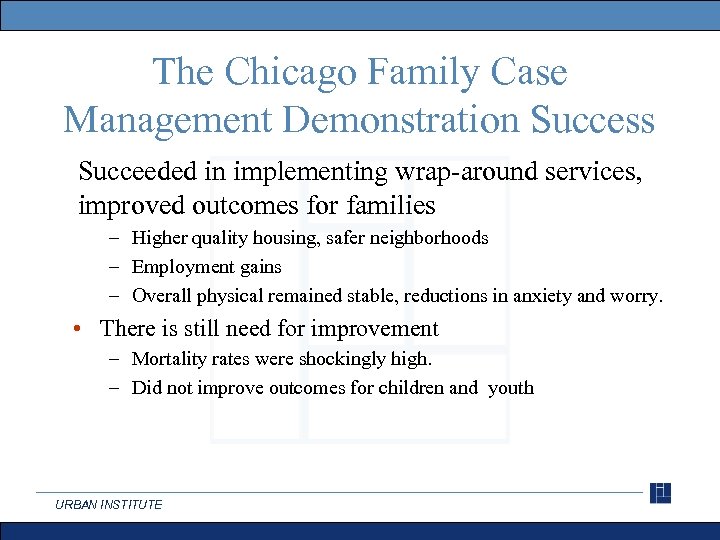 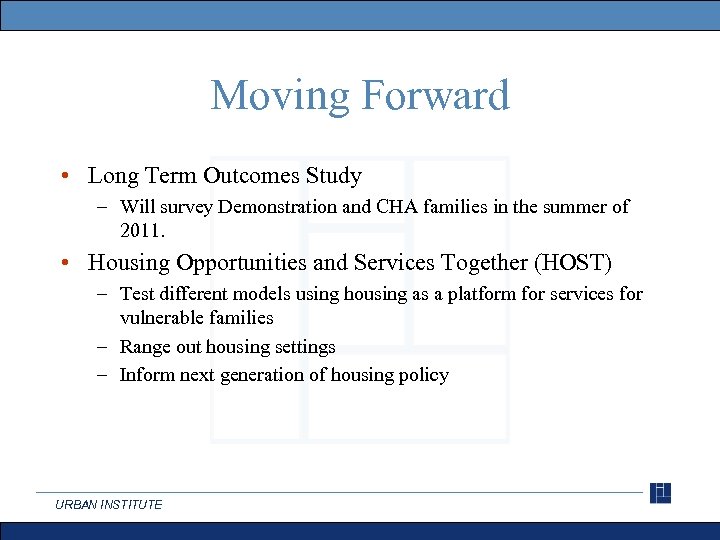 Conclusions: Most Residents Are Better Off • For private market and mixed-income movers, HOPE VI has more than met the goal of providing an improved living environment • Those who remain in traditional public housing have not realized same benefits • The problem of the hard to house requires a different approach URBAN INSTITUTE

HOPE VI Is Not the Solution for the “Hard to House” • The Chicago Family Case Management Demonstration – Informed by lessons from the HOPE VI Panel Study. – Enhanced supportive services for all residents in two CHA developments with hope of assisting most vulnerable households. – The Demonstration ran from 2007 through 2010 IN 2 CHA developments. – Comprehensive evaluation URBAN INSTITUTE