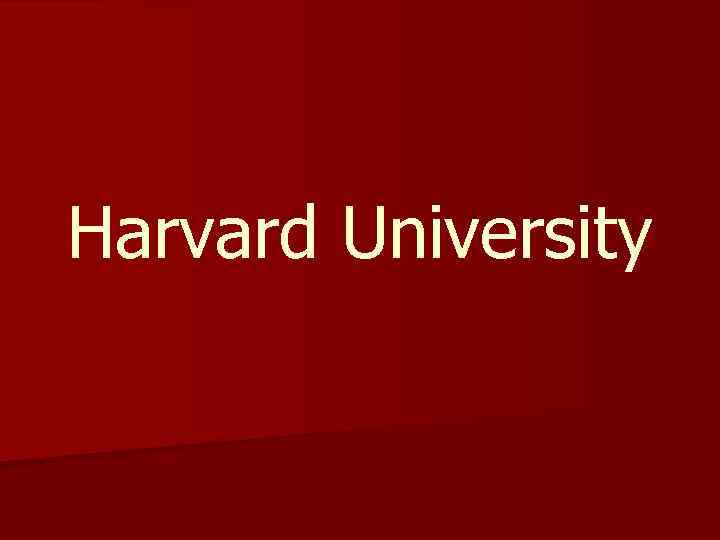 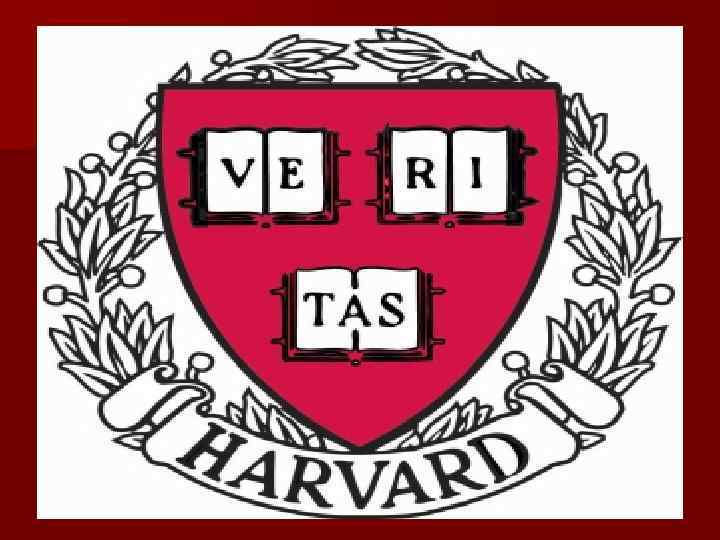 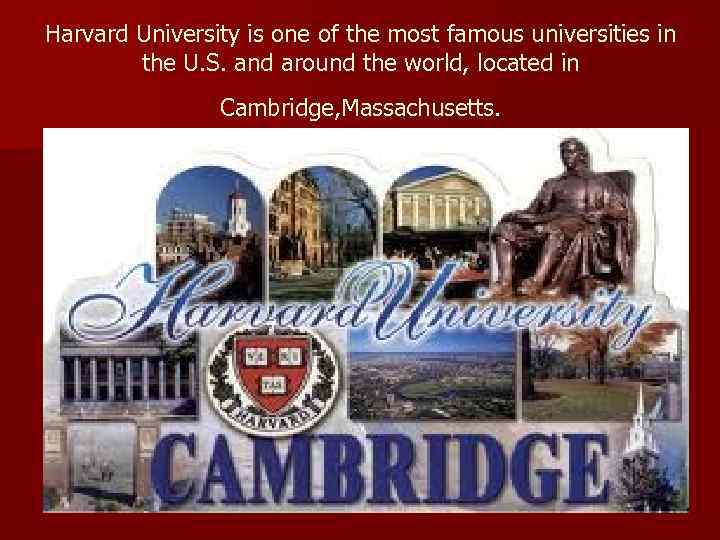 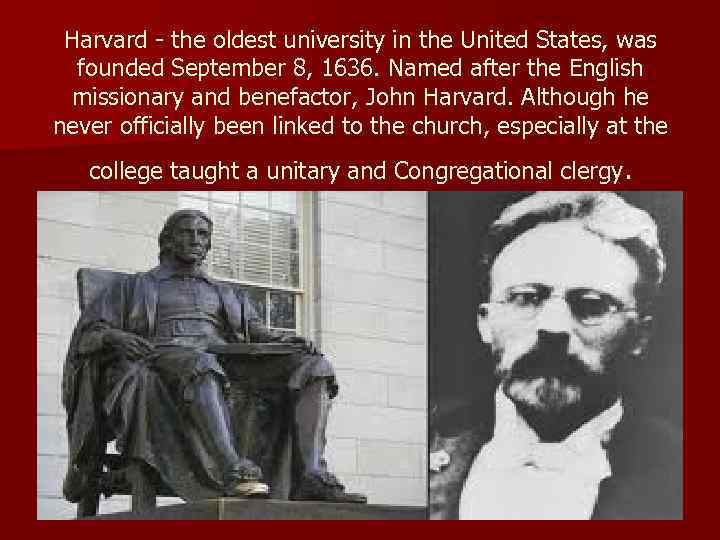 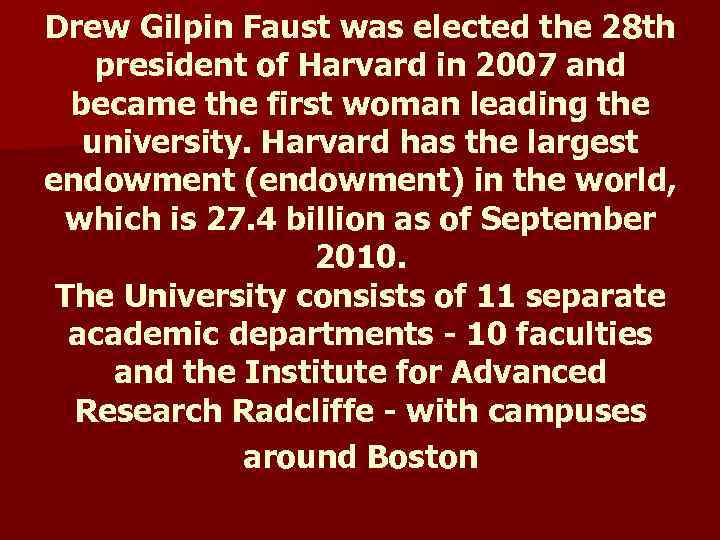 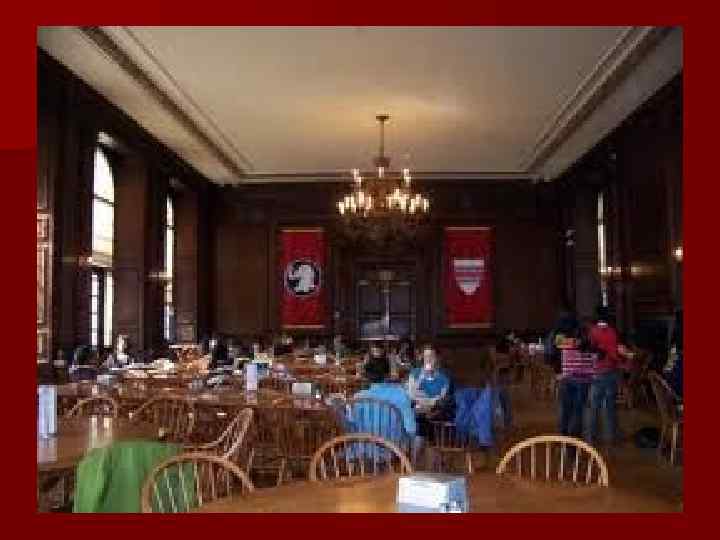 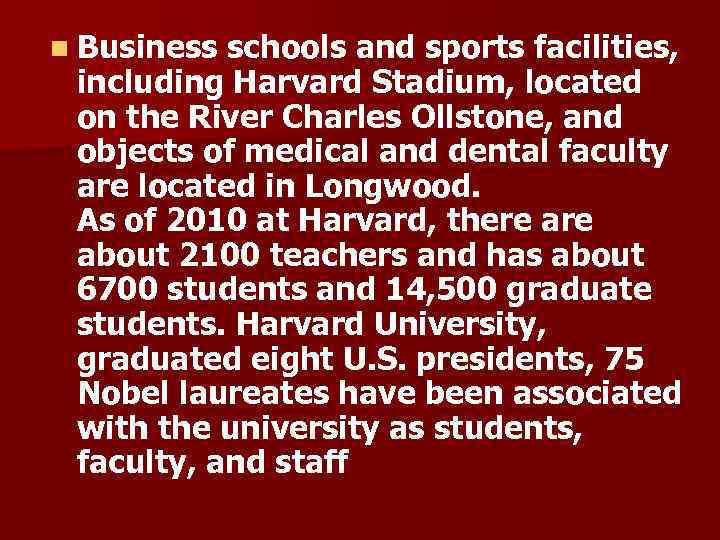 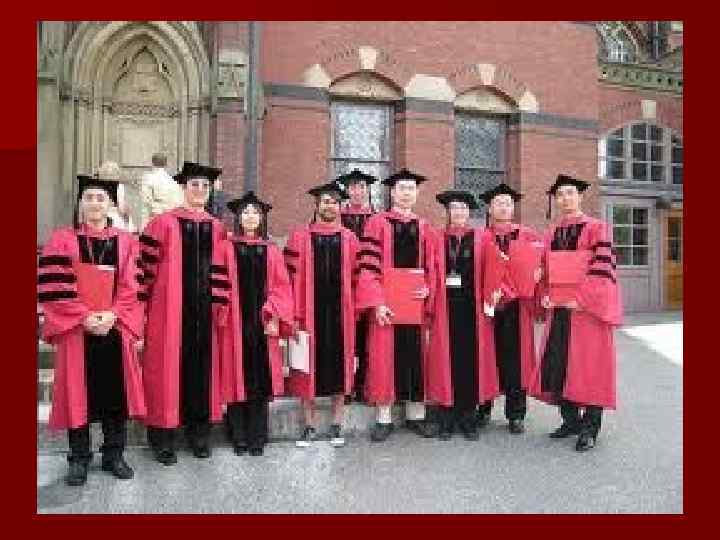 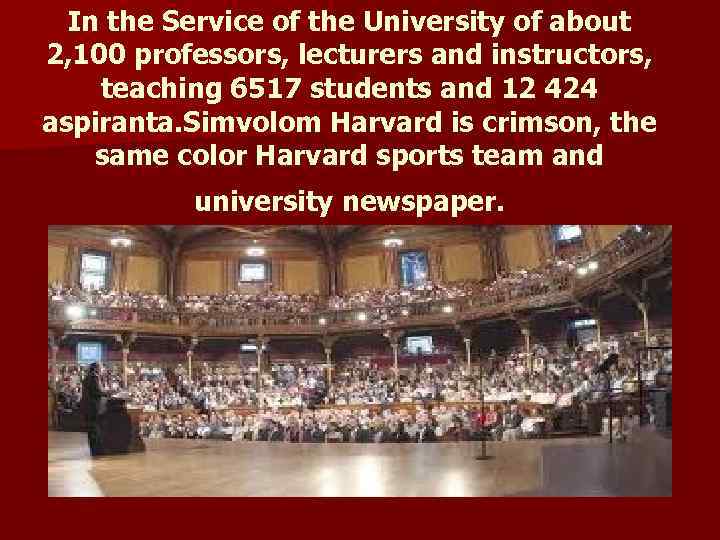 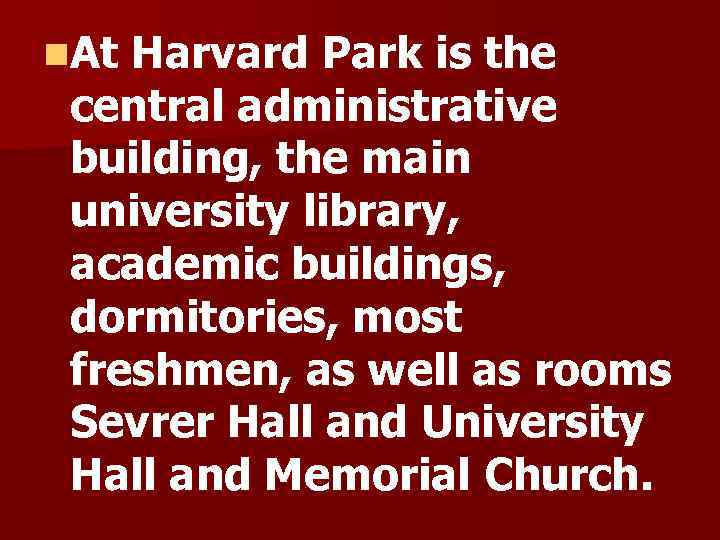 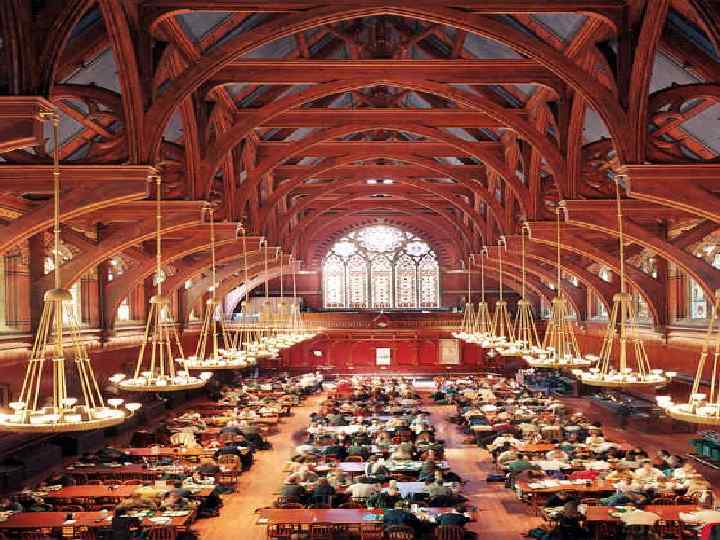 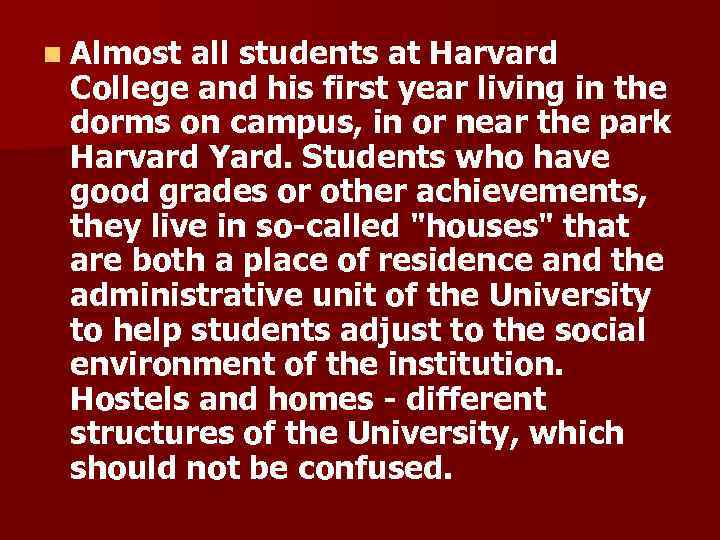 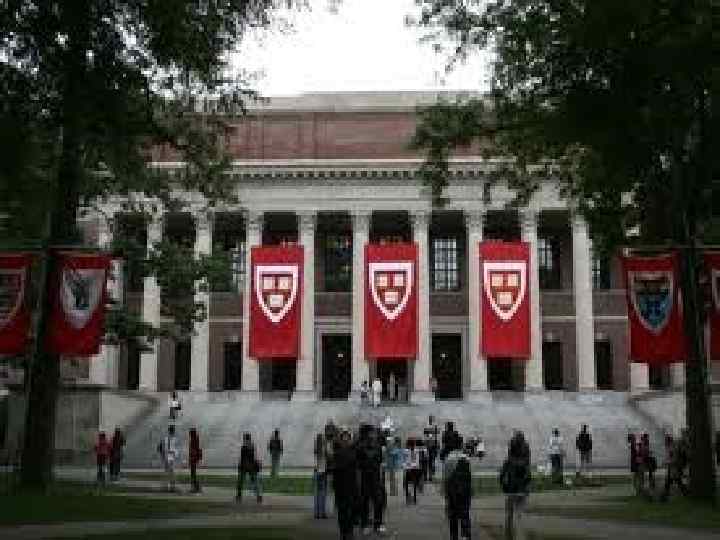 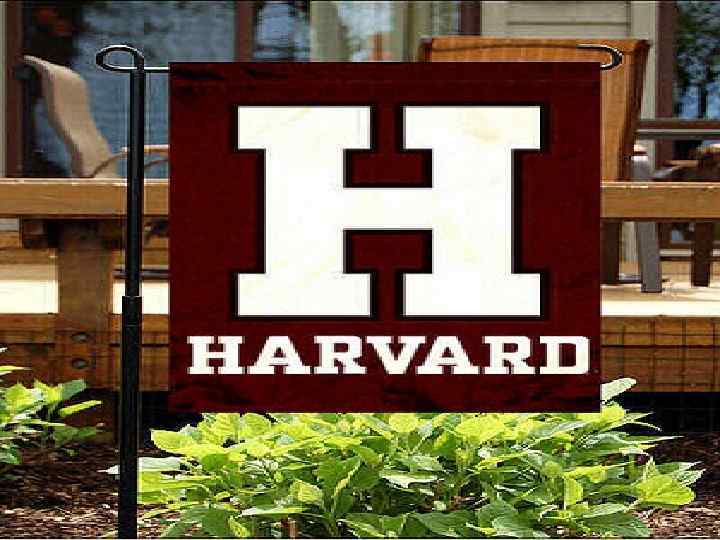 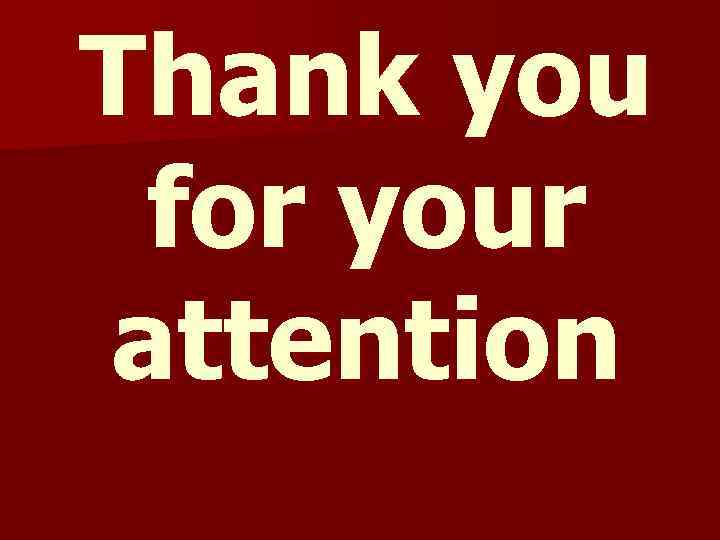 Harvard University is one of the most famous universities in the U. S. and around the world, located in Cambridge, Massachusetts.

Harvard - the oldest university in the United States, was founded September 8, 1636. Named after the English missionary and benefactor, John Harvard. Although he never officially been linked to the church, especially at the college taught a unitary and Congregational clergy.

Drew Gilpin Faust was elected the 28 th president of Harvard in 2007 and became the first woman leading the university. Harvard has the largest endowment (endowment) in the world, which is 27. 4 billion as of September 2010. The University consists of 11 separate academic departments - 10 faculties and the Institute for Advanced Research Radcliffe - with campuses around Boston

n Business schools and sports facilities, including Harvard Stadium, located on the River Charles Ollstone, and objects of medical and dental faculty are located in Longwood. As of 2010 at Harvard, there about 2100 teachers and has about 6700 students and 14, 500 graduate students. Harvard University, graduated eight U. S. presidents, 75 Nobel laureates have been associated with the university as students, faculty, and staff

In the Service of the University of about 2, 100 professors, lecturers and instructors, teaching 6517 students and 12 424 aspiranta. Simvolom Harvard is crimson, the same color Harvard sports team and university newspaper.

n. At Harvard Park is the central administrative building, the main university library, academic buildings, dormitories, most freshmen, as well as rooms Sevrer Hall and University Hall and Memorial Church.

n Almost all students at Harvard College and his first year living in the dorms on campus, in or near the park Harvard Yard. Students who have good grades or other achievements, they live in so-called "houses" that are both a place of residence and the administrative unit of the University to help students adjust to the social environment of the institution. Hostels and homes - different structures of the University, which should not be confused.