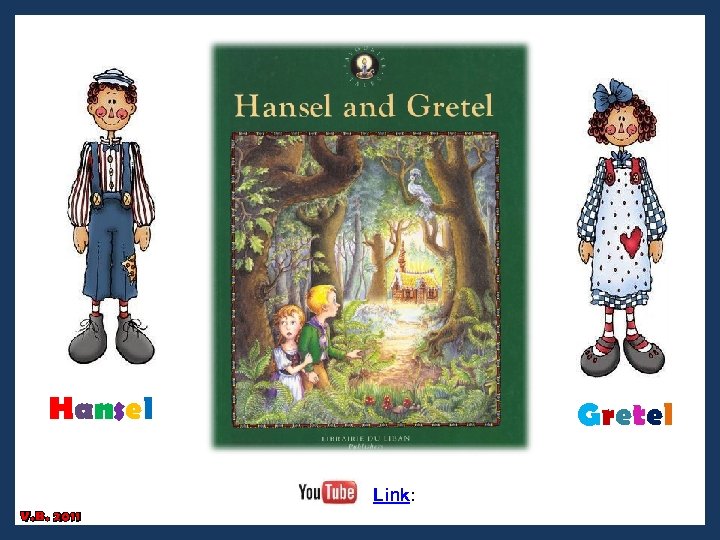 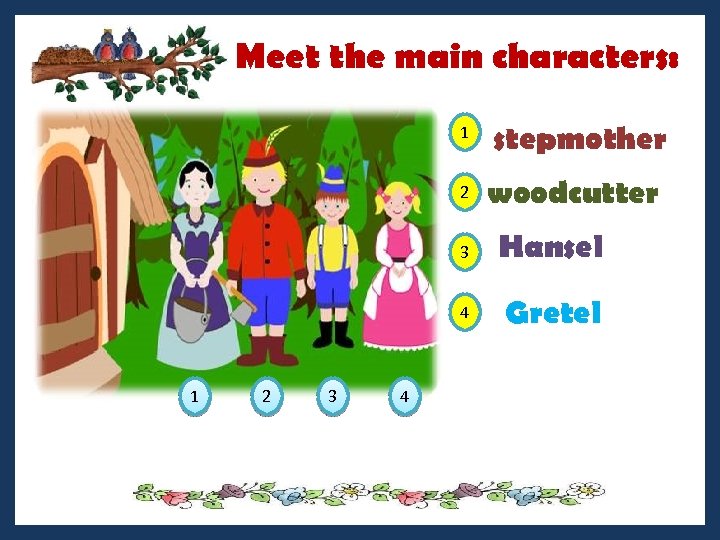 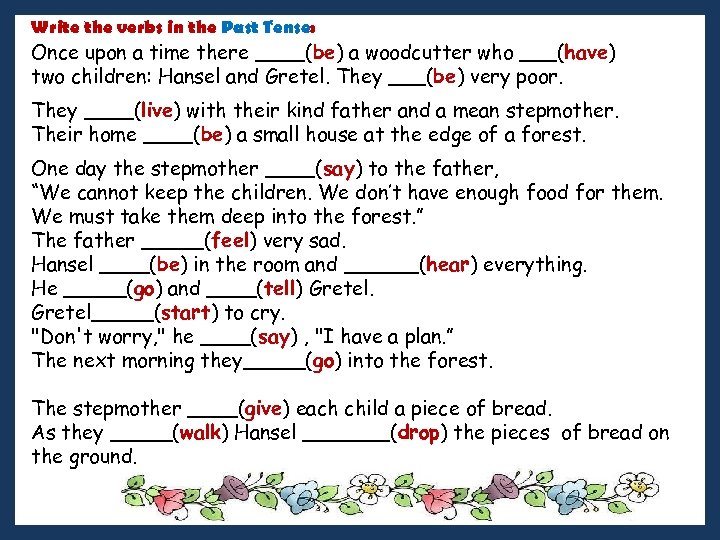 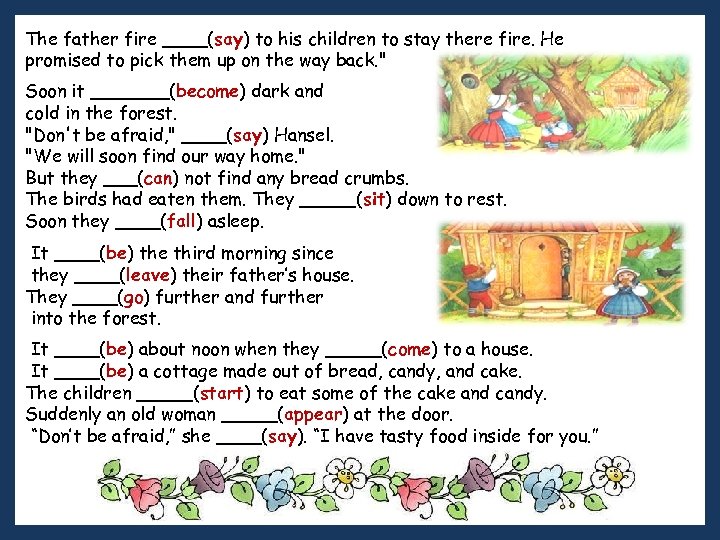 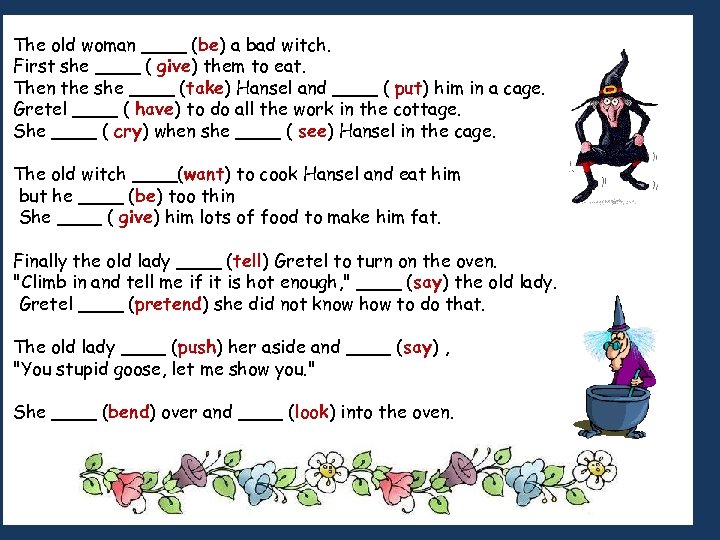 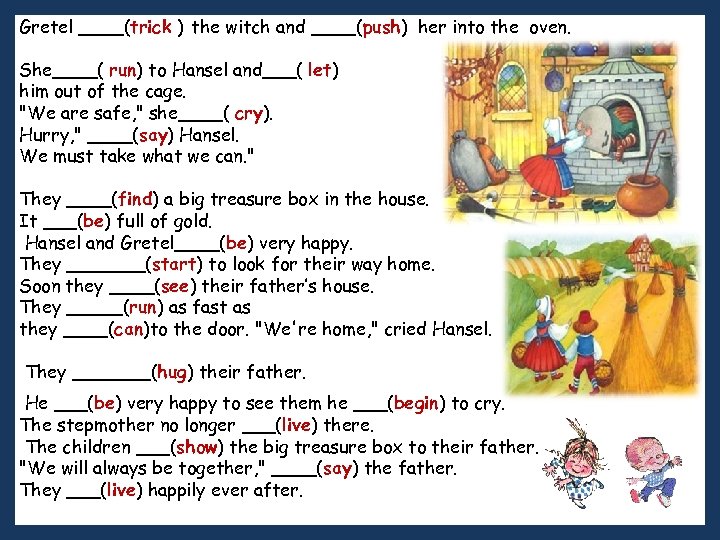 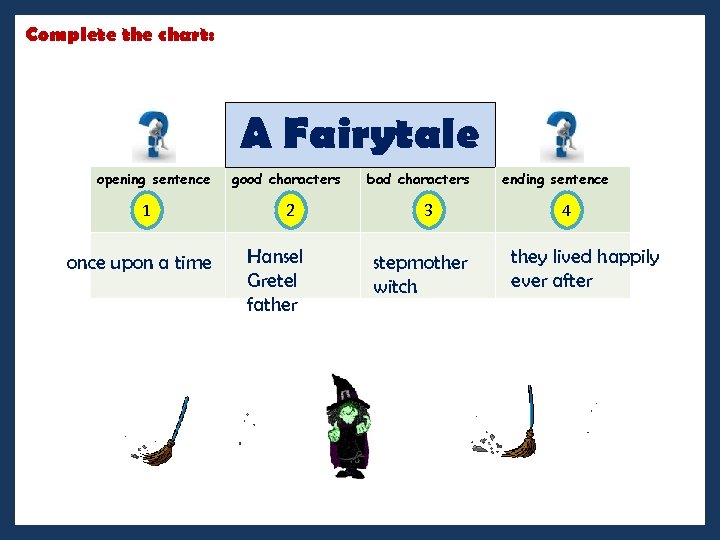 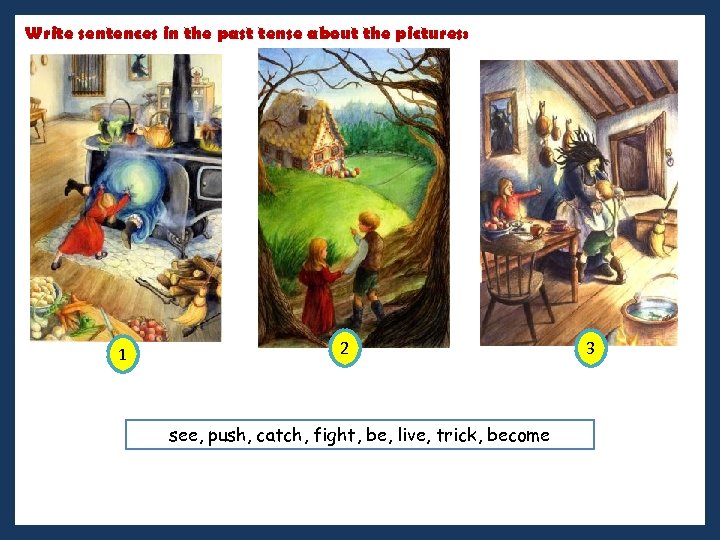 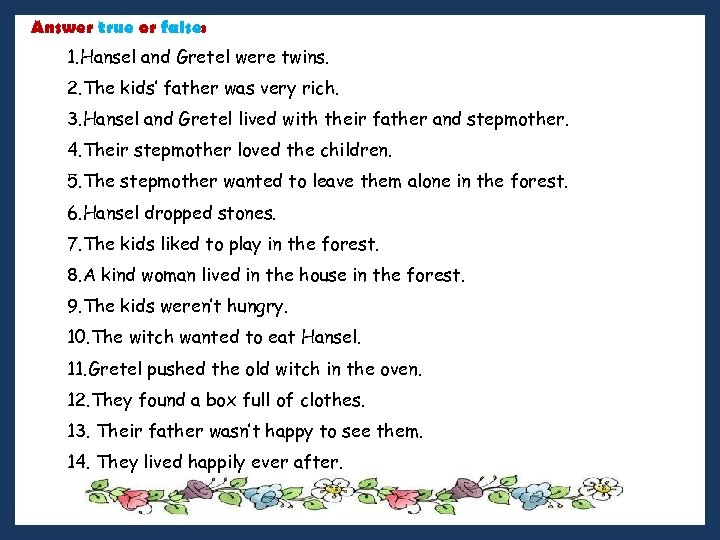 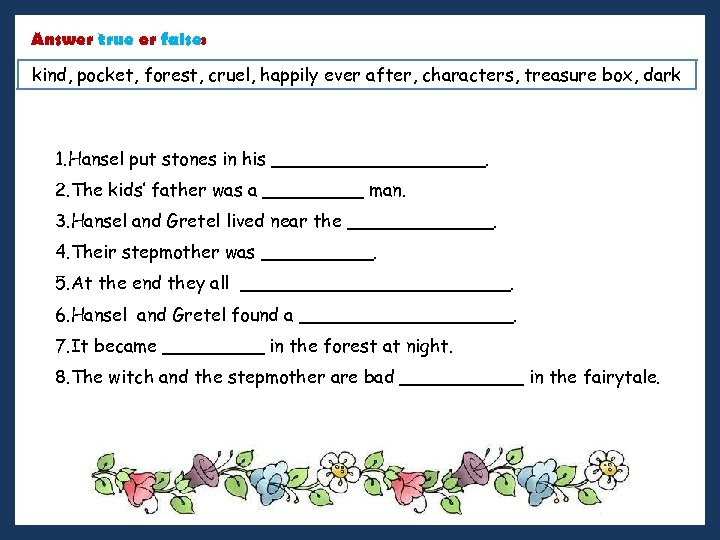 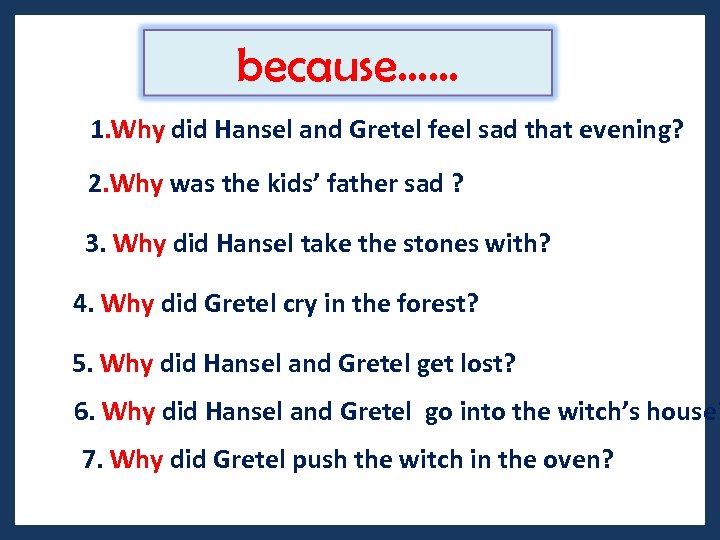 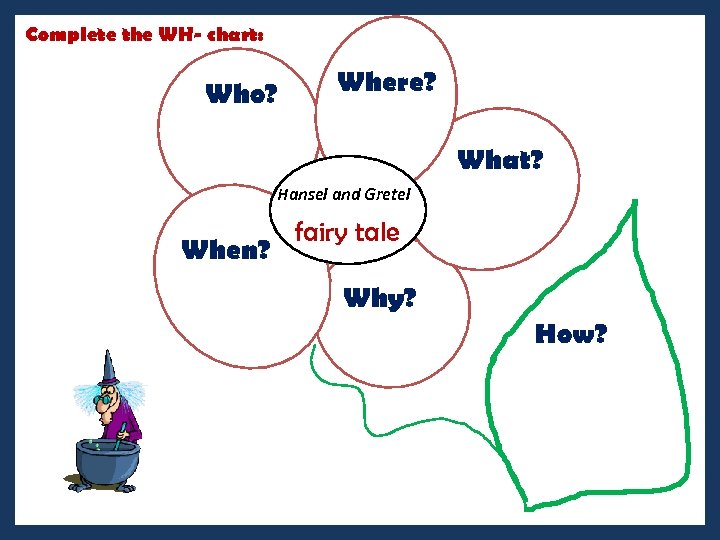 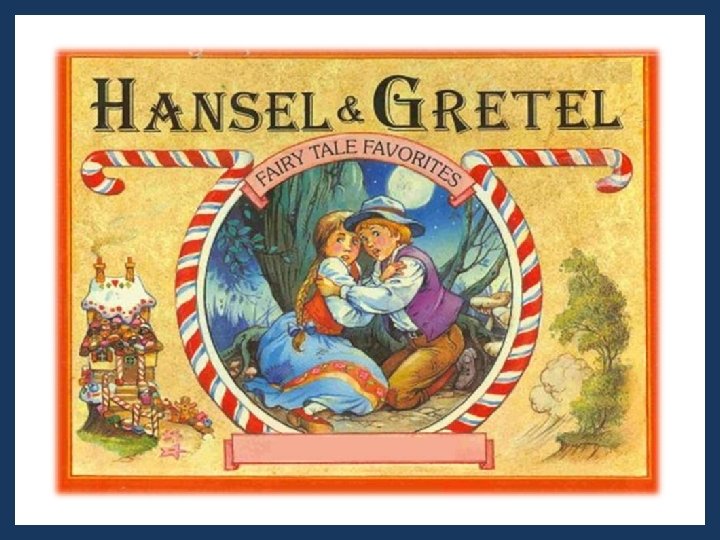 Write sentences in the past tense about the pictures: 1 2 see, push, catch, fight, be, live, trick, become 3

Answer true or false: 1. Hansel and Gretel were twins. 2. The kids’ father was very rich. 3. Hansel and Gretel lived with their father and stepmother. 4. Their stepmother loved the children. 5. The stepmother wanted to leave them alone in the forest. 6. Hansel dropped stones. 7. The kids liked to play in the forest. 8. A kind woman lived in the house in the forest. 9. The kids weren’t hungry. 10. The witch wanted to eat Hansel. 11. Gretel pushed the old witch in the oven. 12. They found a box full of clothes. 13. Their father wasn’t happy to see them. 14. They lived happily ever after.

Complete the WH- chart: Who? Where? What? Hansel and Gretel When? fairy tale Why? How?