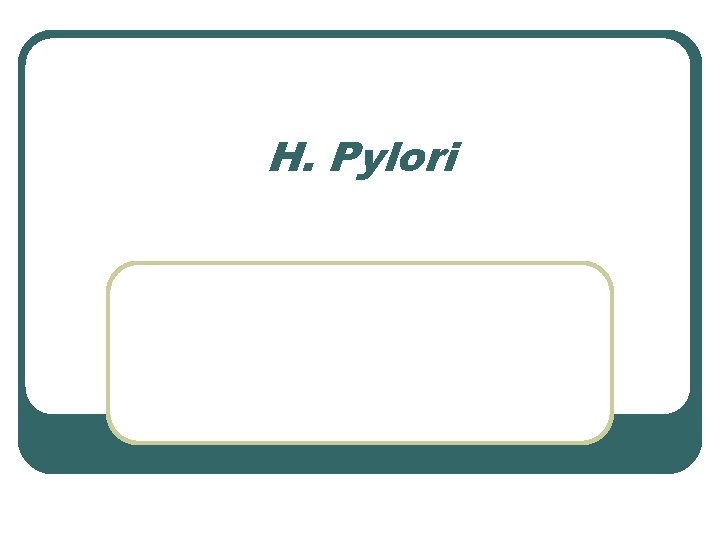 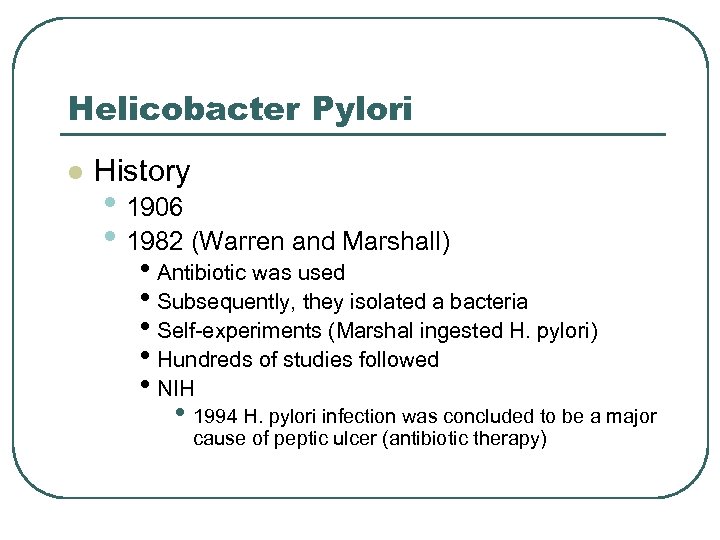 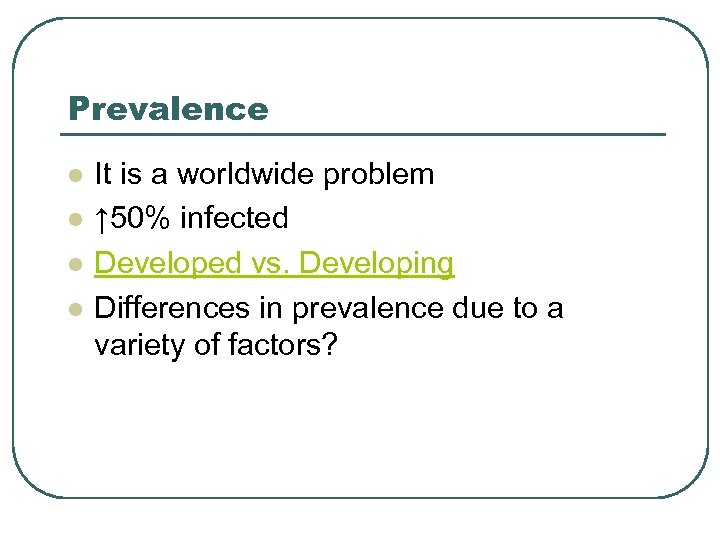 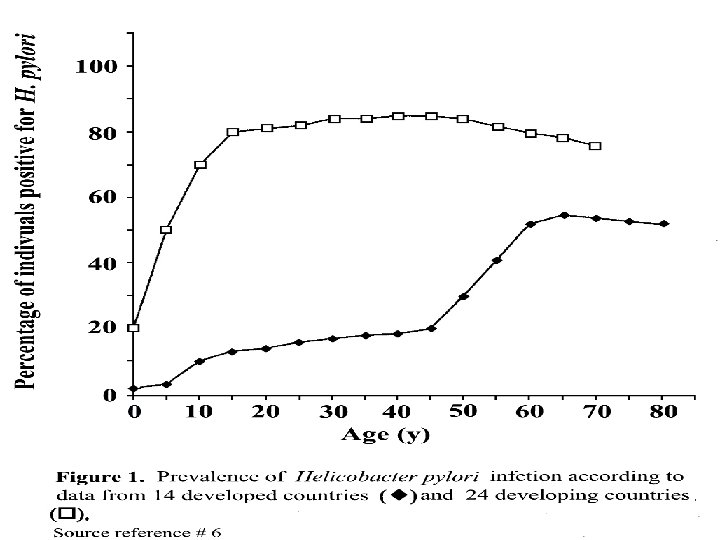 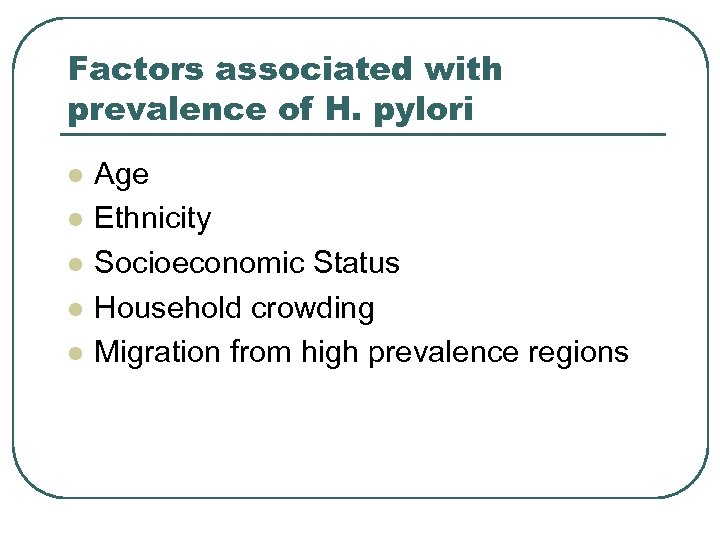 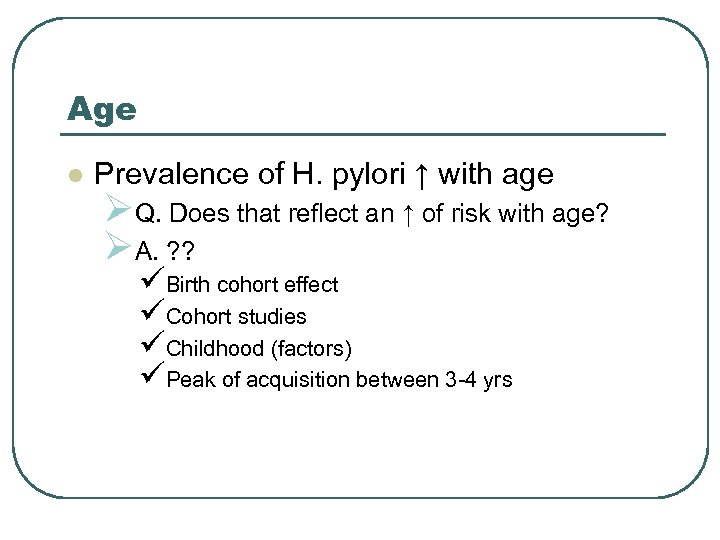 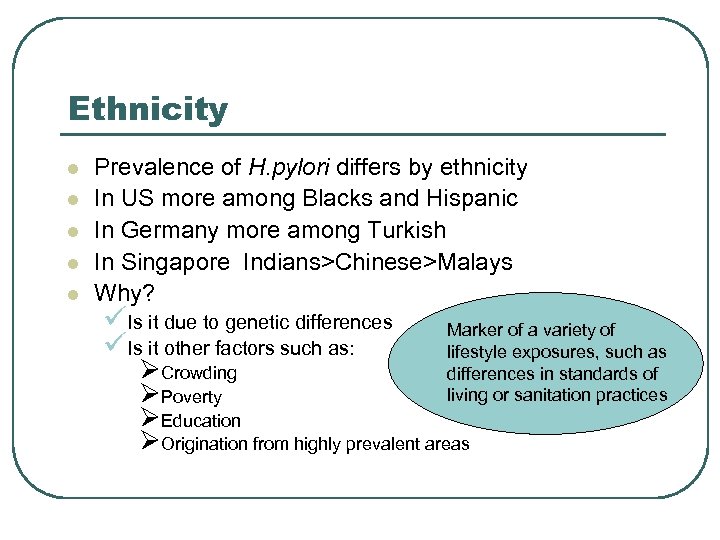 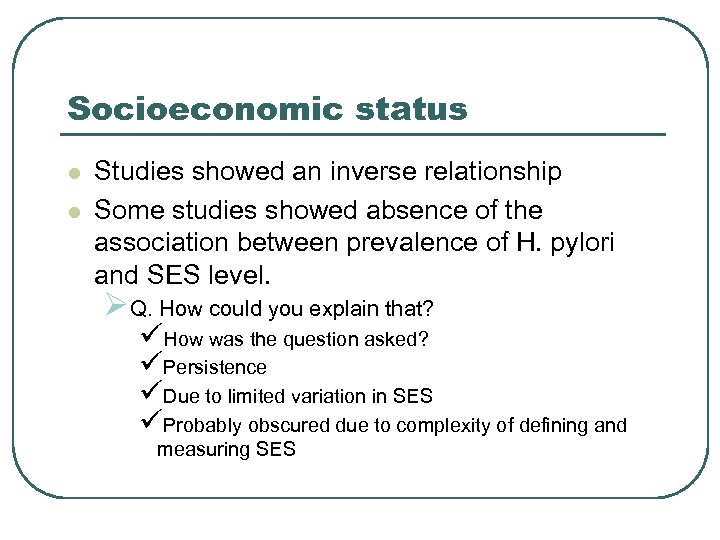 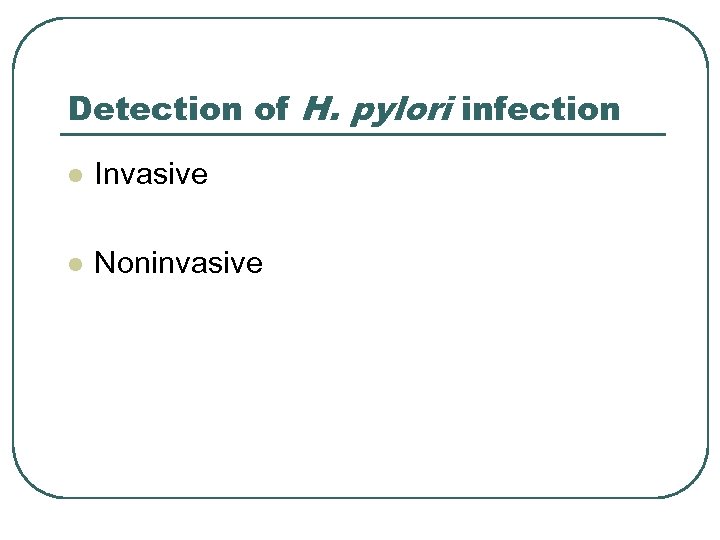 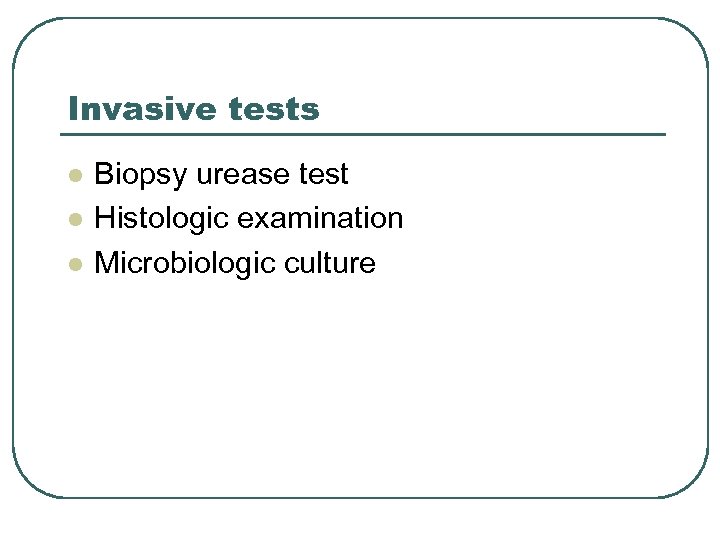 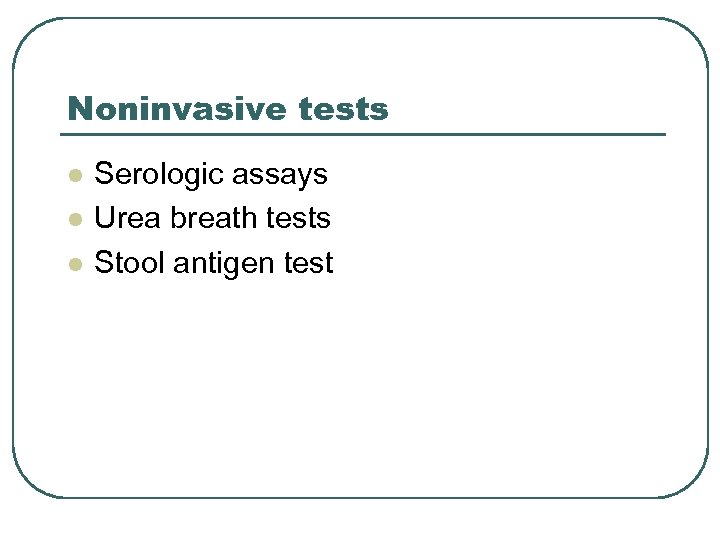 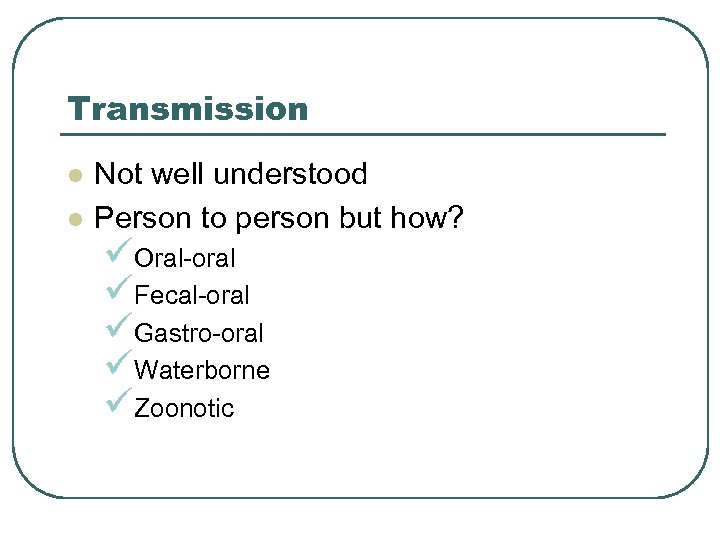 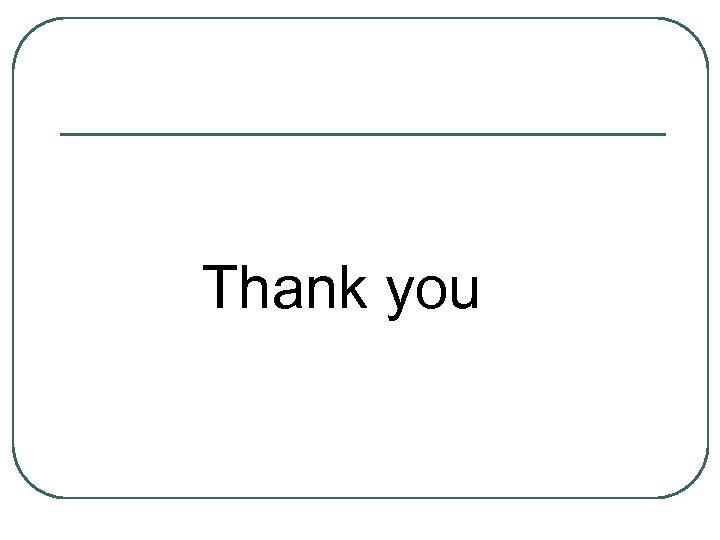 Prevalence l l It is a worldwide problem ↑ 50% infected Developed vs. Developing Differences in prevalence due to a variety of factors?

Age l Prevalence of H. pylori ↑ with age ØQ. Does that reflect an ↑ of risk with age? ØA. ? ? üBirth cohort effect üCohort studies üChildhood (factors) üPeak of acquisition between 3 -4 yrs

Ethnicity l l l Prevalence of H. pylori differs by ethnicity In US more among Blacks and Hispanic In Germany more among Turkish In Singapore Indians>Chinese>Malays Why? üIs it due to genetic differences üIs it other factors such as: Marker of a variety of lifestyle exposures, such as differences in standards of living or sanitation practices ØCrowding ØPoverty ØEducation ØOrigination from highly prevalent areas

Socioeconomic status l l Studies showed an inverse relationship Some studies showed absence of the association between prevalence of H. pylori and SES level. ØQ. How could you explain that? üHow was the question asked? üPersistence üDue to limited variation in SES üProbably obscured due to complexity of defining and measuring SES