GROWTH OR A FIXED MINDSET WHAT DIFFERENCE DOES 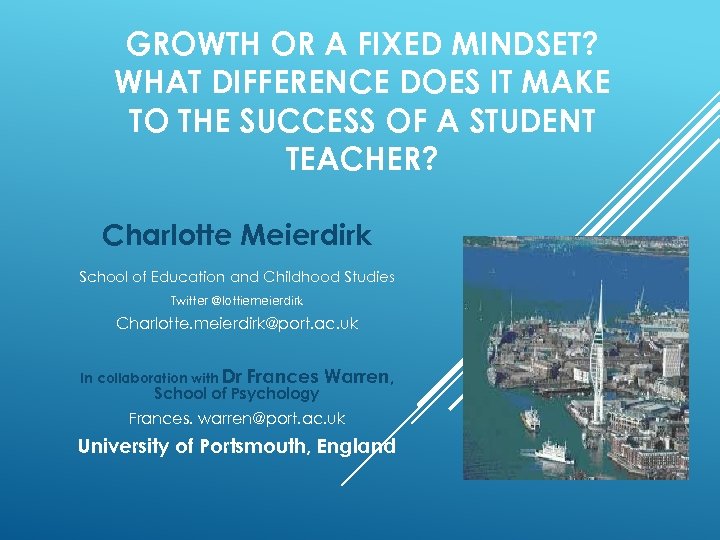 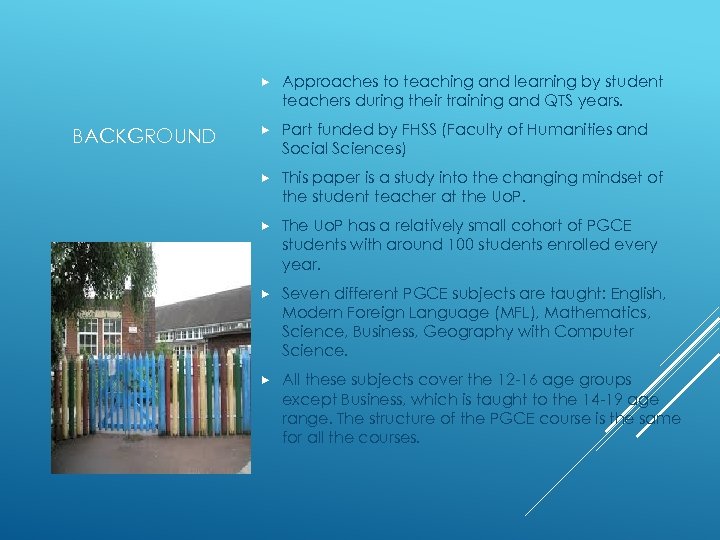 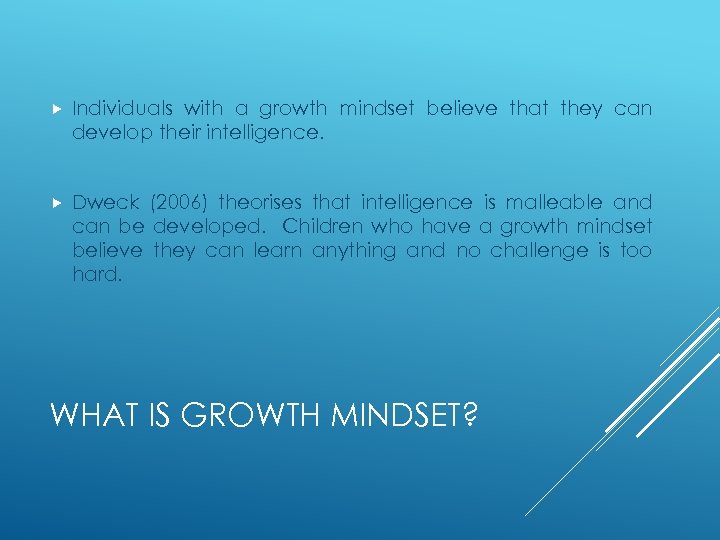 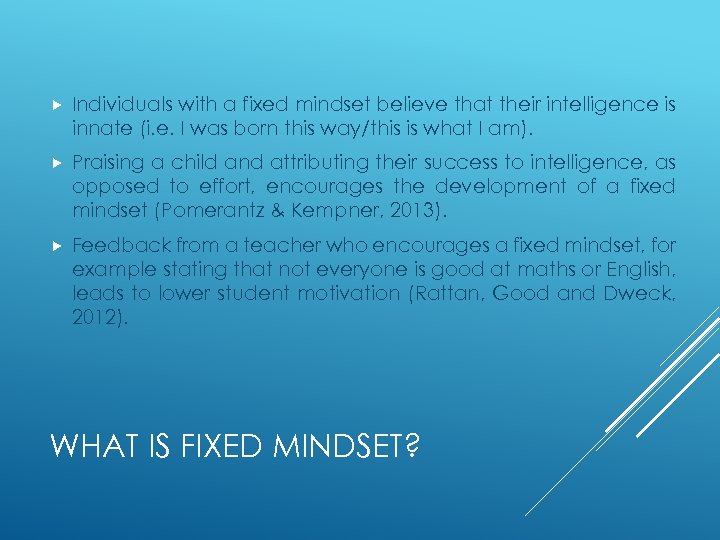 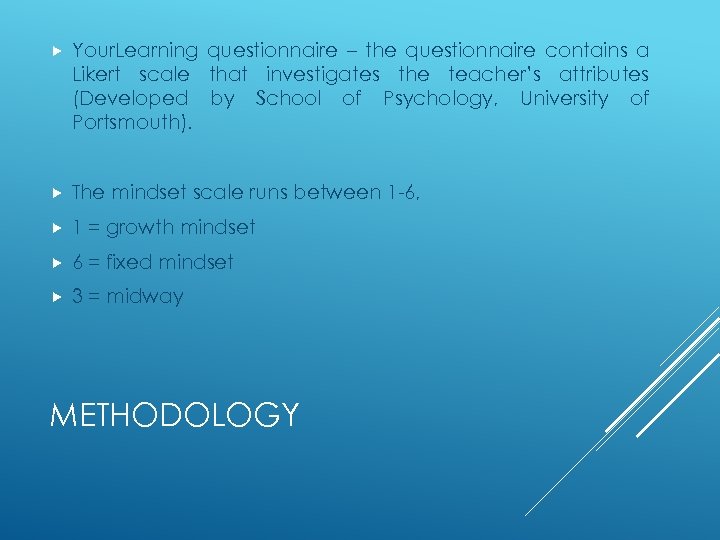 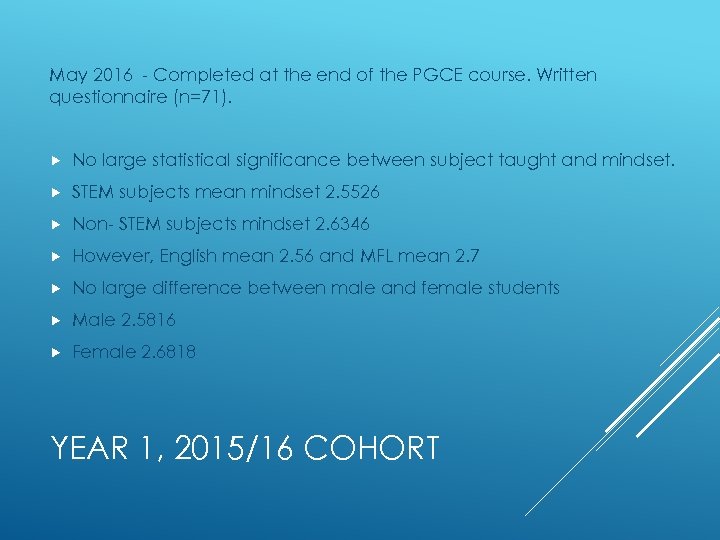 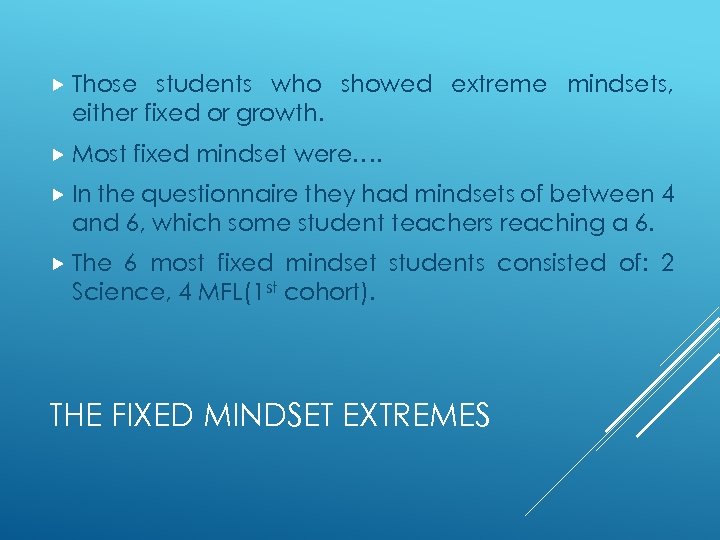 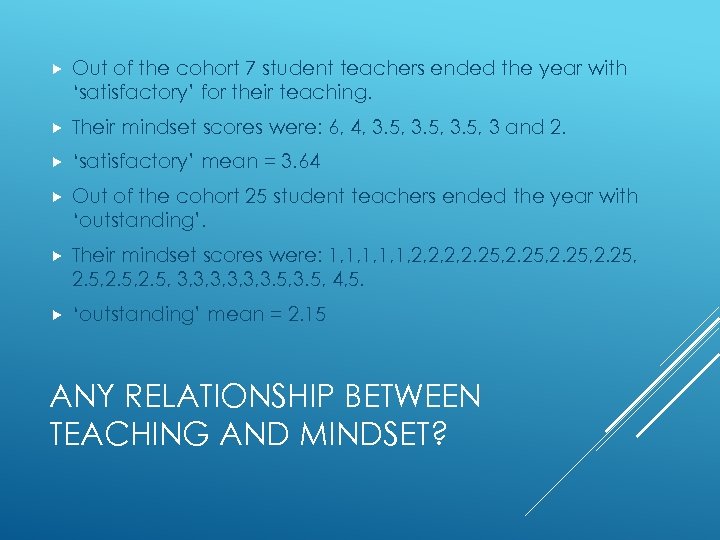 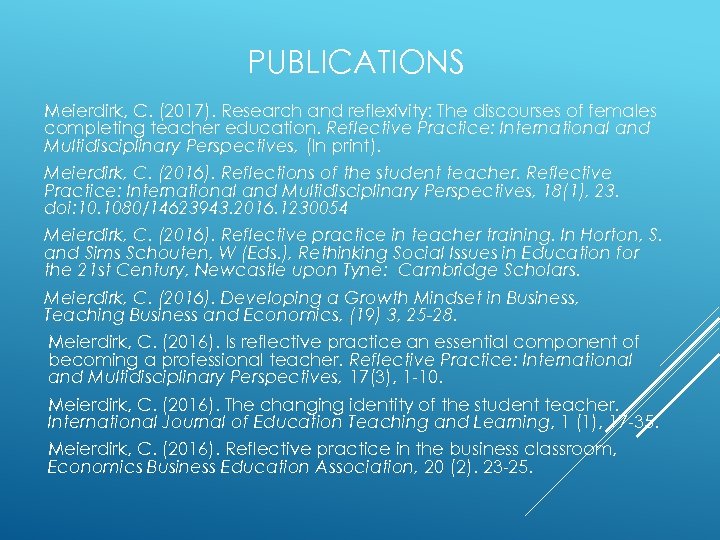 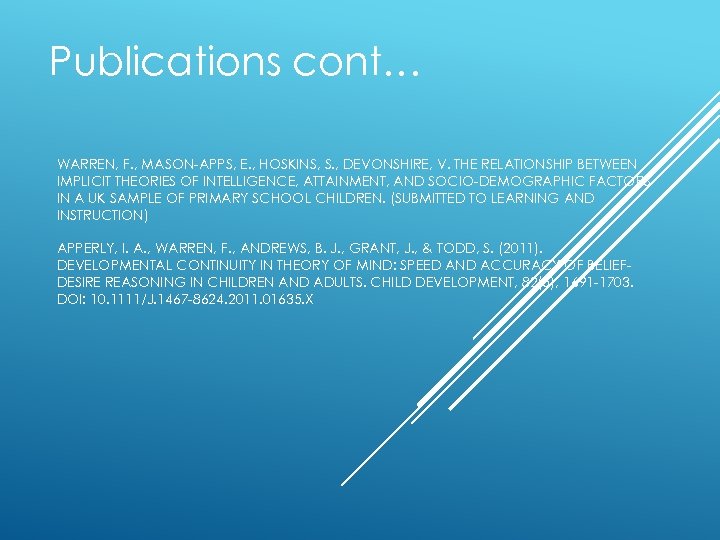 Скачать презентацию GROWTH OR A FIXED MINDSET WHAT DIFFERENCE DOES

BACKGROUND Approaches to teaching and learning by student teachers during their training and QTS years. Part funded by FHSS (Faculty of Humanities and Social Sciences) This paper is a study into the changing mindset of the student teacher at the Uo. P. The Uo. P has a relatively small cohort of PGCE students with around 100 students enrolled every year. Seven different PGCE subjects are taught: English, Modern Foreign Language (MFL), Mathematics, Science, Business, Geography with Computer Science. All these subjects cover the 12 -16 age groups except Business, which is taught to the 14 -19 age range. The structure of the PGCE course is the same for all the courses.

Research is ongoing This study will investigate student teacher’s learning and teaching beliefs and the changes in these, from their acceptance on the ITE course, during the course, at the end of the course. I will focus on the 1 st cohort (2015/16)during this presentation. . WHAT IS THE STUDY?

A common belief in our society is that people with high ability and self-belief in that ability are likely to embrace the challenges that they tackle in life with high levels of resilience, determination and thus success. However, it is not ability or belief in that ability that predicts resilience and perseverance in the face of challenge and failure (Dweck, 1999); rather it is the individual’s belief about the nature of ability (referred to as Self Theory of Intelligence also known as Mindset). Mary Cay Ricci (2013) explored the differences between an educator’s mindset and a pupil’s mindset. A pupil’s mindset directly affects how they face a challenge and an educator’s mindset directly influences how a child feels about themselves. WHAT IS MINDSET?

Individuals with a fixed mindset believe that their intelligence is innate (i. e. I was born this way/this is what I am). Praising a child and attributing their success to intelligence, as opposed to effort, encourages the development of a fixed mindset (Pomerantz & Kempner, 2013). Feedback from a teacher who encourages a fixed mindset, for example stating that not everyone is good at maths or English, leads to lower student motivation (Rattan, Good and Dweck, 2012). WHAT IS FIXED MINDSET?

Your. Learning questionnaire – the questionnaire contains a Likert scale that investigates the teacher’s attributes (Developed by School of Psychology, University of Portsmouth). The mindset scale runs between 1 -6, 1 = growth mindset 6 = fixed mindset 3 = midway METHODOLOGY

Those students who showed extreme growth mindsets. Most growth mindset were…. In the questionnaire they had mindsets of between 1 and 3, with some student teachers reaching a 1. The 10 most growth mindset students consisted of: 1 CS, 3 MFL, 3 Maths, 2 Science, 1 English (1 st cohort). THE GROWTH MINDSET EXTREMES

Those students who showed extreme mindsets, either fixed or growth. Most fixed mindset were…. In the questionnaire they had mindsets of between 4 and 6, which some student teachers reaching a 6. The 6 most fixed mindset students consisted of: 2 Science, 4 MFL(1 st cohort). THE FIXED MINDSET EXTREMES

Growth Fixed Got a job in her first placement Took feedback to heart Very reflective Questioned things Could see the good in people Fantastic at writing essays Instantly likeable Hard on herself Better with feedback A worrier Optimistic Cried during feedback Everything was black and white – couldn’t see other people’s viewpoints. Didn’t get on with people Only taught the way he wanted ANY OTHER DIFFERENCES BETWEEN A FIXED/ GROWTH MINDSET TEACHER?