Graph A diagram that exhibits a relationship often 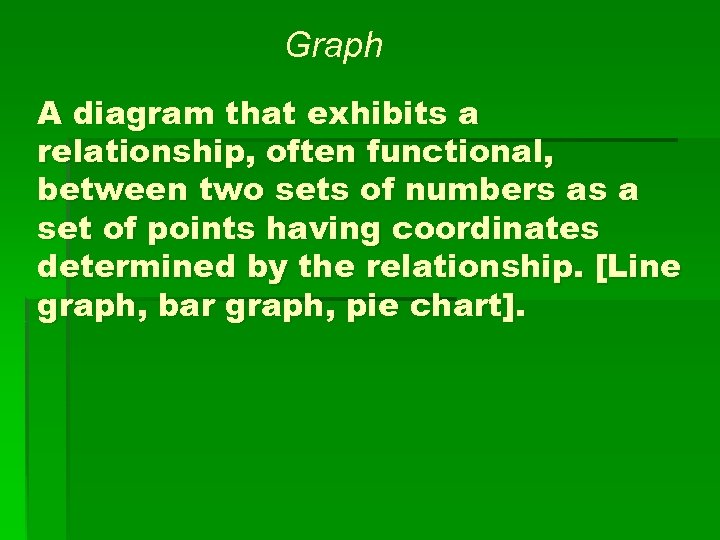 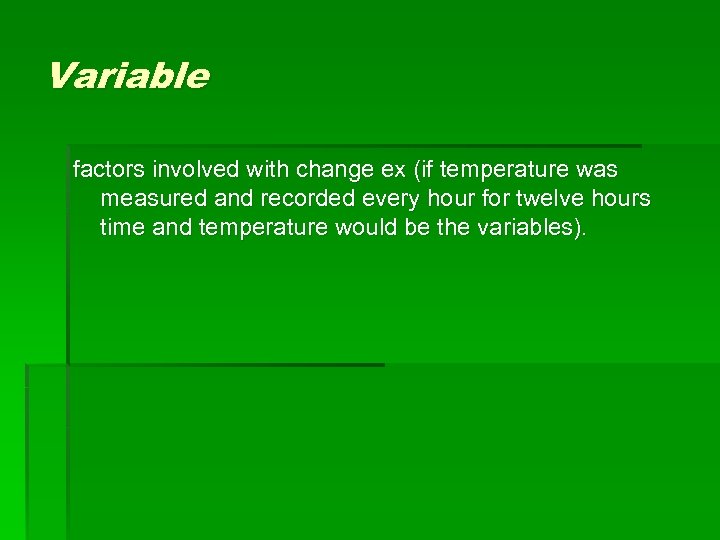 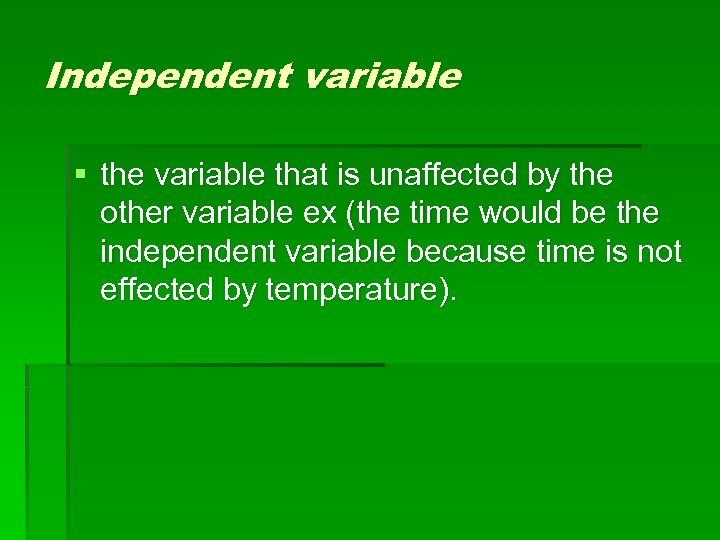 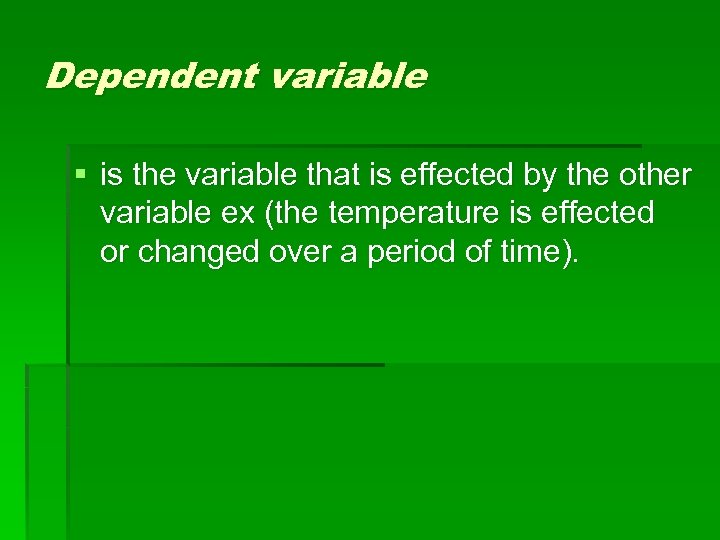 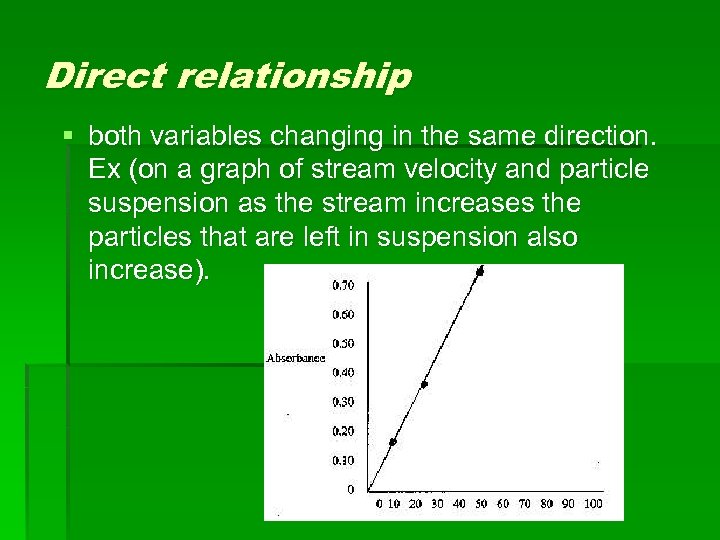 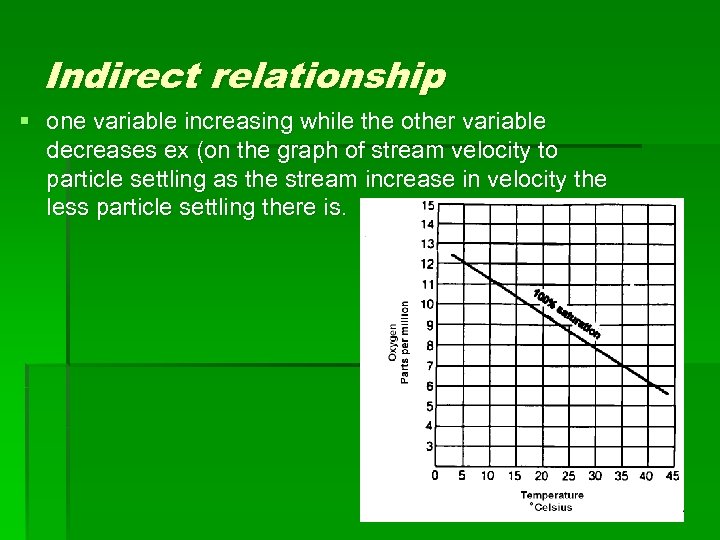 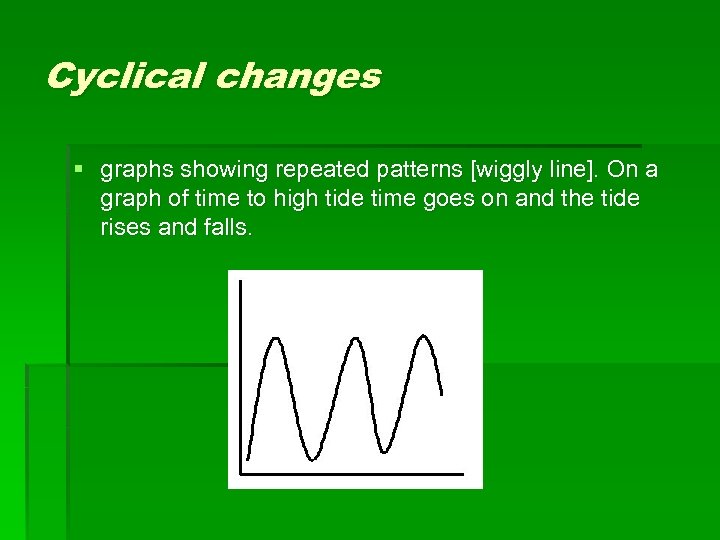 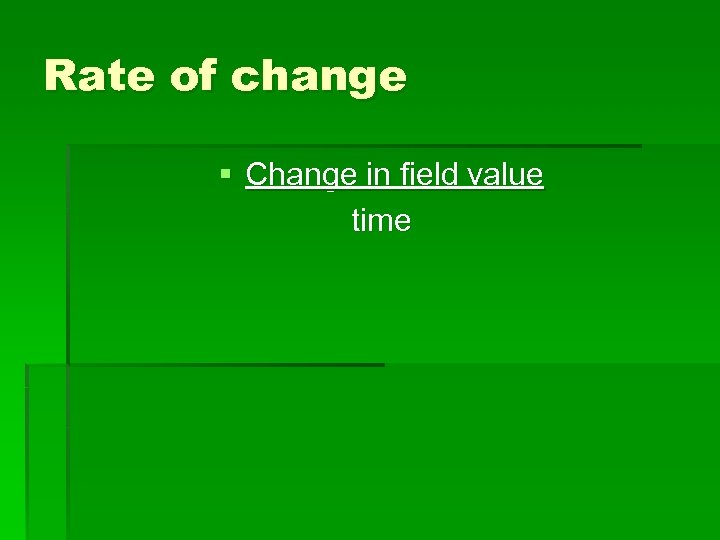 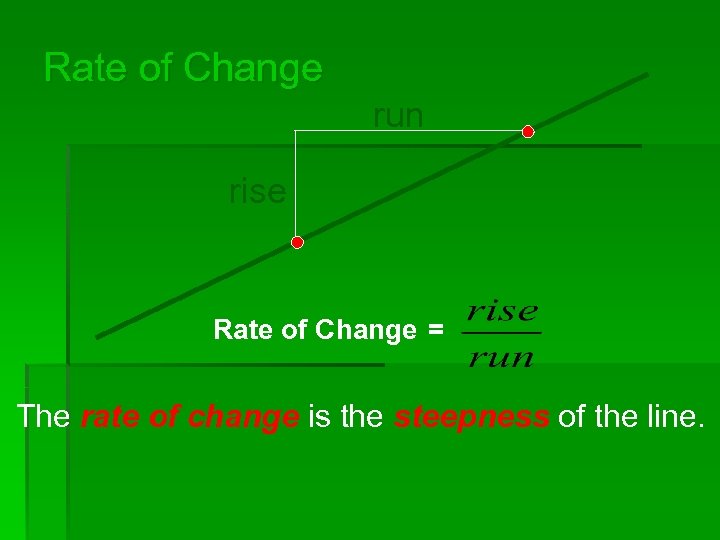 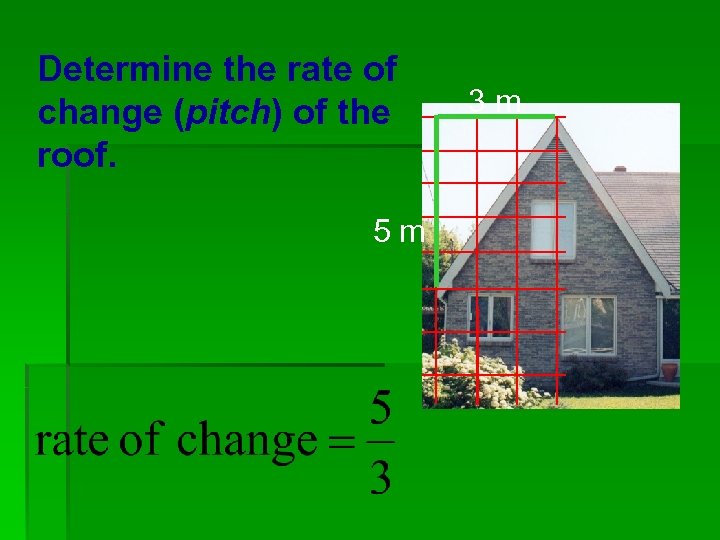 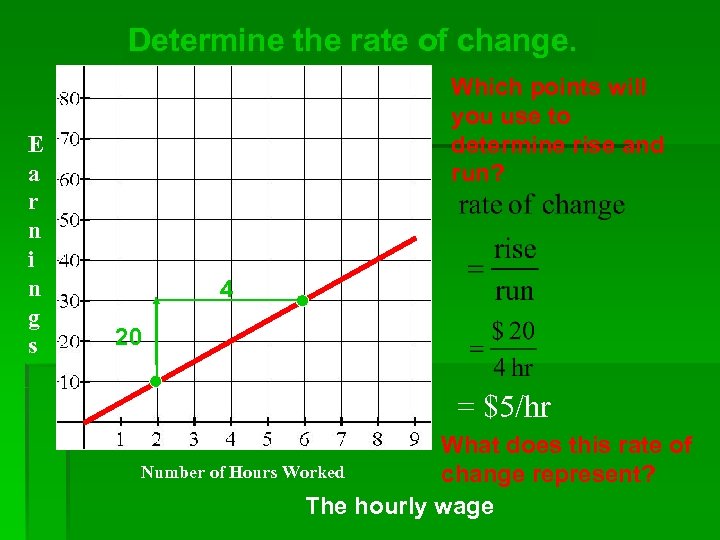 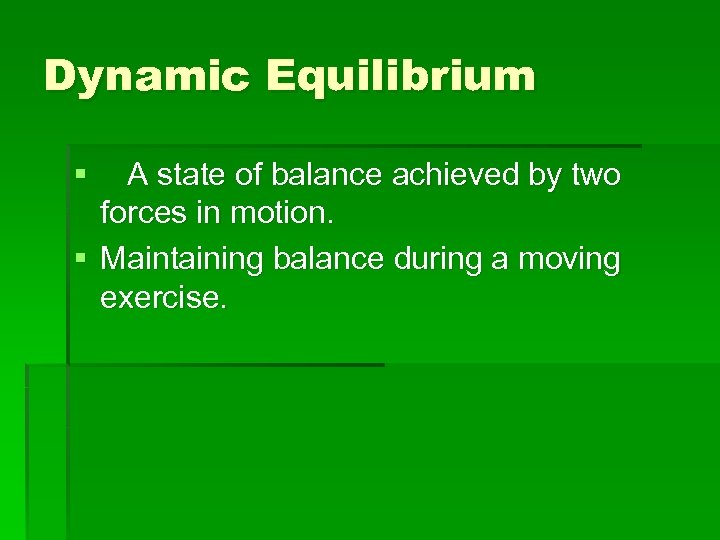 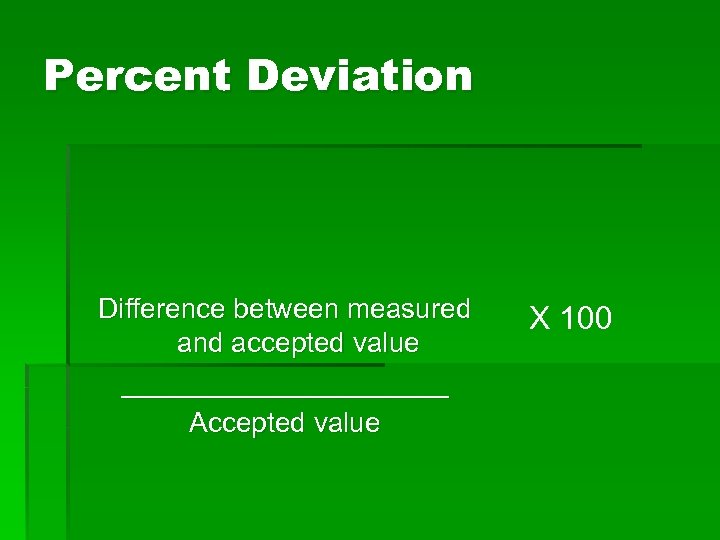 Скачать презентацию Graph A diagram that exhibits a relationship often

Graph A diagram that exhibits a relationship, often functional, between two sets of numbers as a set of points having coordinates determined by the relationship. [Line graph, bar graph, pie chart].

Variable factors involved with change ex (if temperature was measured and recorded every hour for twelve hours time and temperature would be the variables).

Dependent variable § is the variable that is effected by the other variable ex (the temperature is effected or changed over a period of time).

Direct relationship § both variables changing in the same direction. Ex (on a graph of stream velocity and particle suspension as the stream increases the particles that are left in suspension also increase).

Cyclical changes § graphs showing repeated patterns [wiggly line]. On a graph of time to high tide time goes on and the tide rises and falls.

Determine the rate of change (pitch) of the roof. 5 m 3 m

Determine the rate of change. E a r n i n g s Which points will you use to determine rise and run? 4 20 = $5/hr What does this rate of Number of Hours Worked change represent? The hourly wage

Dynamic Equilibrium § A state of balance achieved by two forces in motion. § Maintaining balance during a moving exercise.