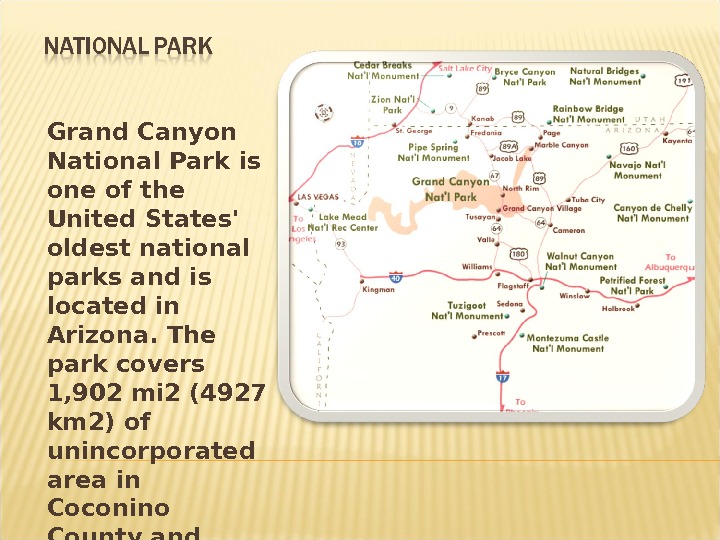 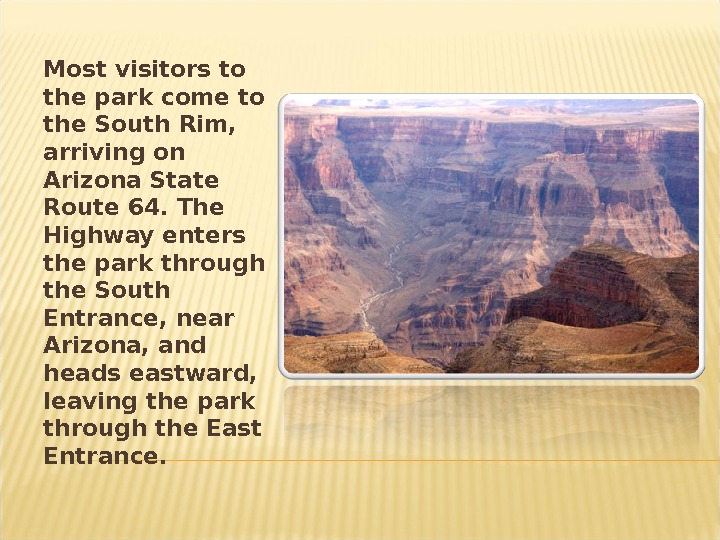 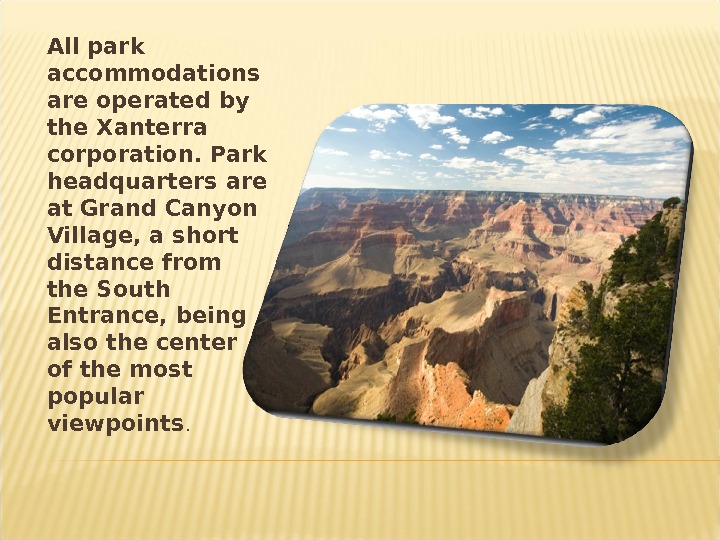 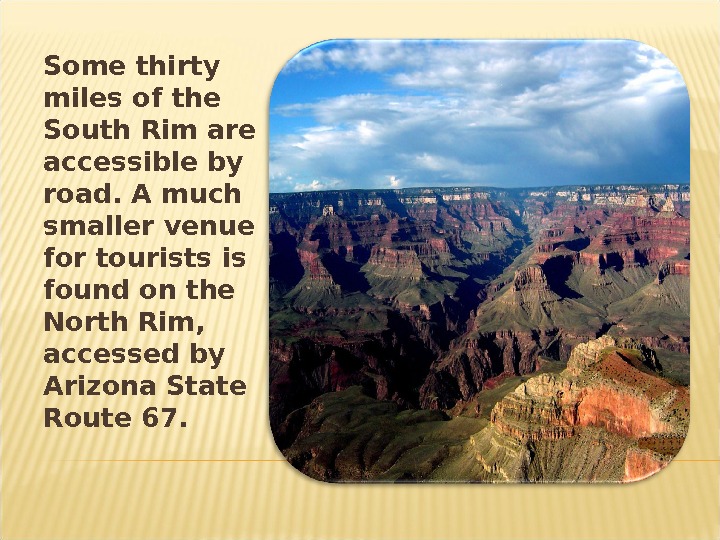 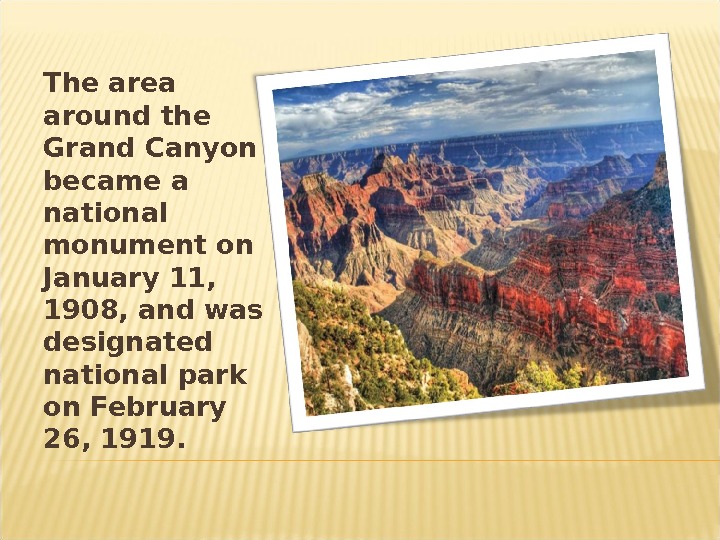 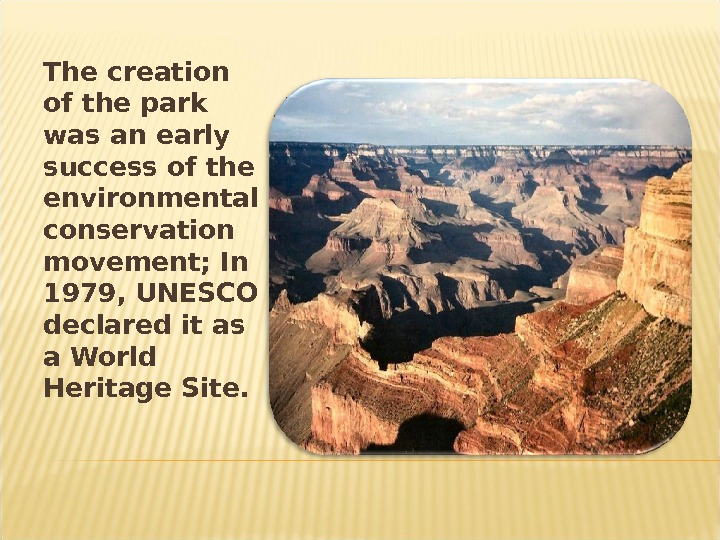 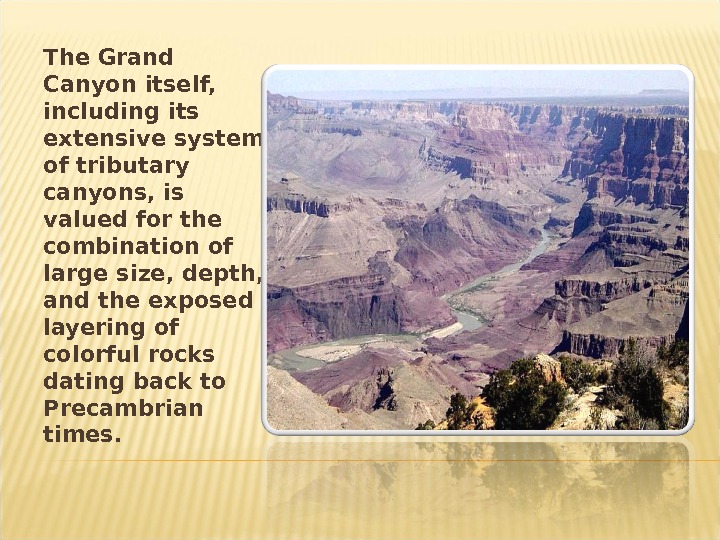 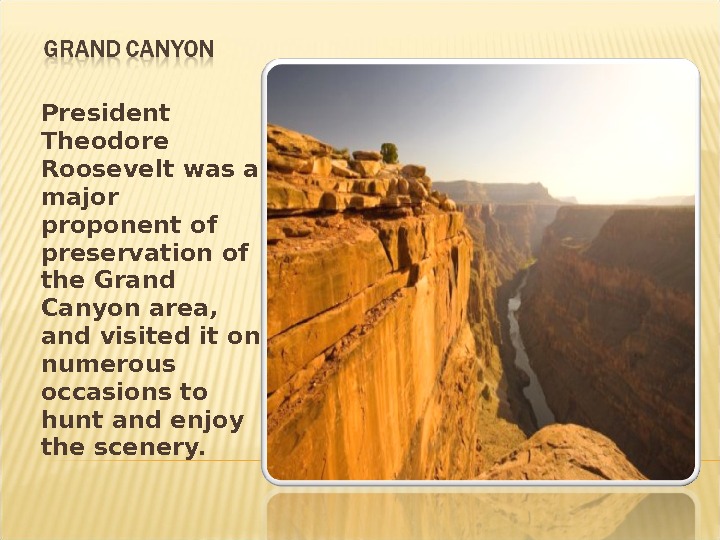 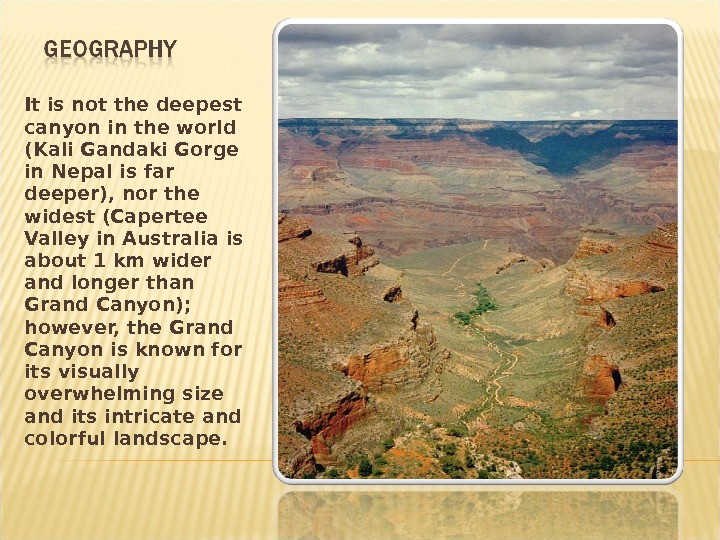 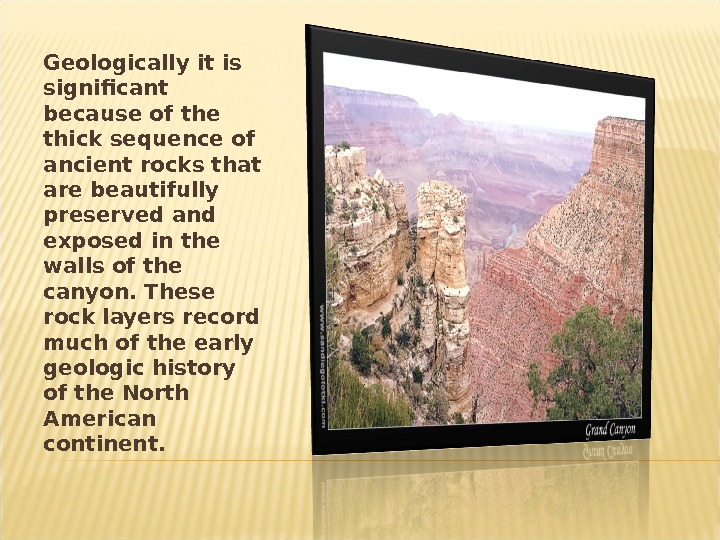 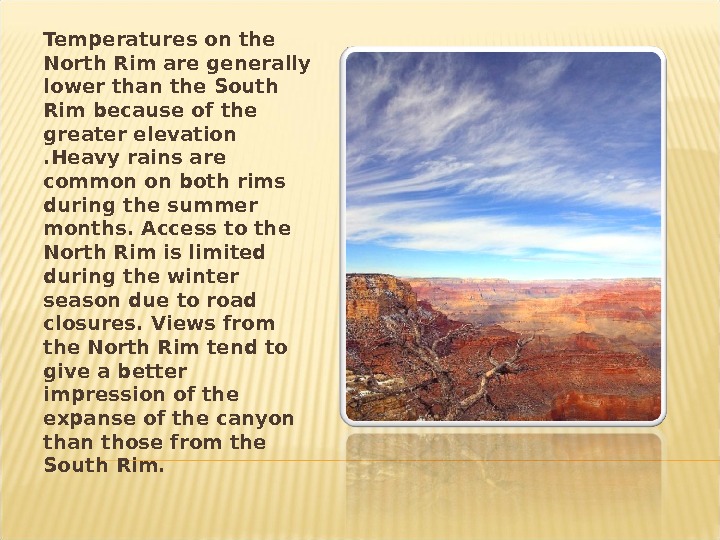 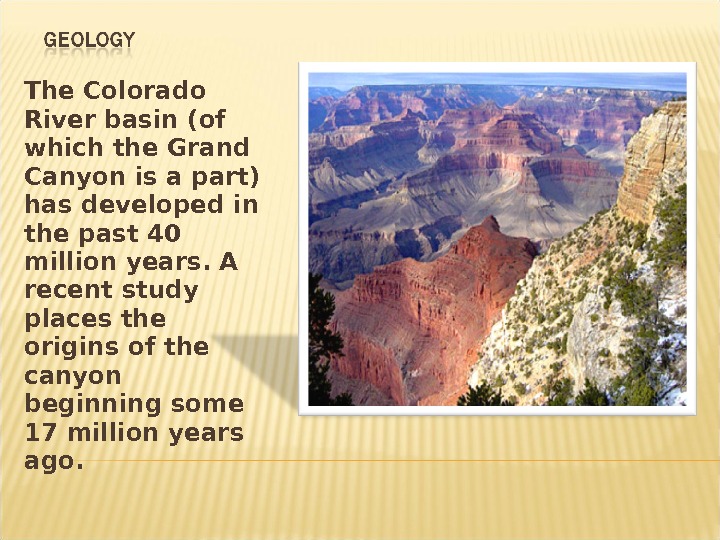 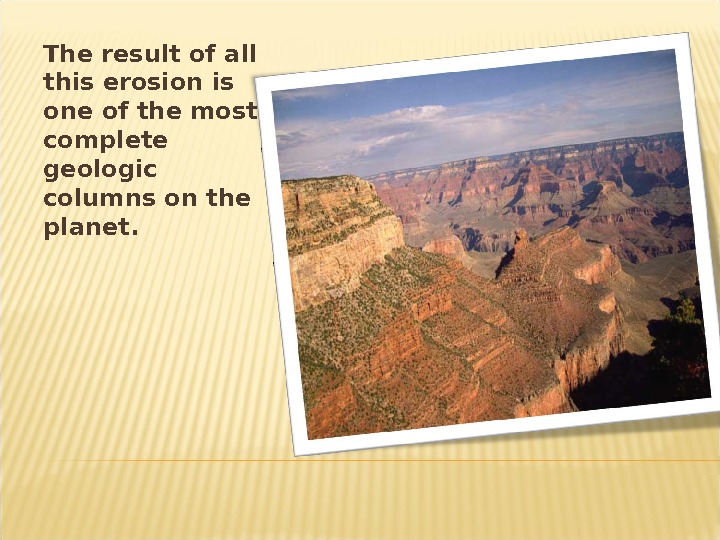 Скачать презентацию Grand Canyon National Park is one of the

Grand Canyon National Park is one of the United States’ oldest national parks and is located in Arizona. The park covers 1, 902 mi 2 (4927 km 2) of unincorporated area in Coconino County and Mohave County.

All park accommodations are operated by the Xanterra corporation. Park headquarters are at Grand Canyon Village, a short distance from the South Entrance, being also the center of the most popular viewpoints.

Some thirty miles of the South Rim are accessible by road. A much smaller venue for tourists is found on the North Rim, accessed by Arizona State Route 67.

The area around the Grand Canyon became a national monument on January 11, 1908, and was designated national park on February 26, 1919.

The creation of the park was an early success of the environmental conservation movement; In 1979, UNESCO declared it as a World Heritage Site.

The Grand Canyon itself, including its extensive system of tributary canyons, is valued for the combination of large size, depth, and the exposed layering of colorful rocks dating back to Precambrian times.

President Theodore Roosevelt was a major proponent of preservation of the Grand Canyon area, and visited it on numerous occasions to hunt and enjoy the scenery.

It is not the deepest canyon in the world (Kali Gandaki Gorge in Nepal is far deeper), nor the widest (Capertee Valley in Australia is about 1 km wider and longer than Grand Canyon); however, the Grand Canyon is known for its visually overwhelming size and its intricate and colorful landscape.

Geologically it is significant because of the thick sequence of ancient rocks that are beautifully preserved and exposed in the walls of the canyon. These rock layers record much of the early geologic history of the North American continent.

The Colorado River basin (of which the Grand Canyon is a part) has developed in the past 40 million years. A recent study places the origins of the canyon beginning some 17 million years ago.

The result of all this erosion is one of the most complete geologic columns on the planet.