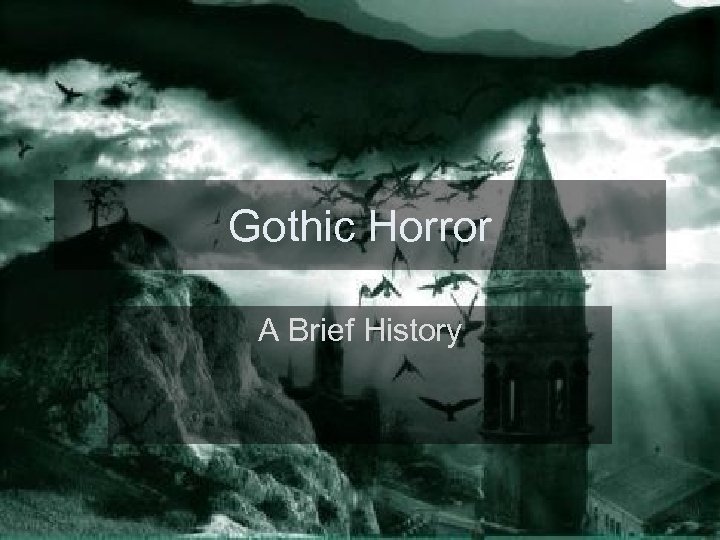 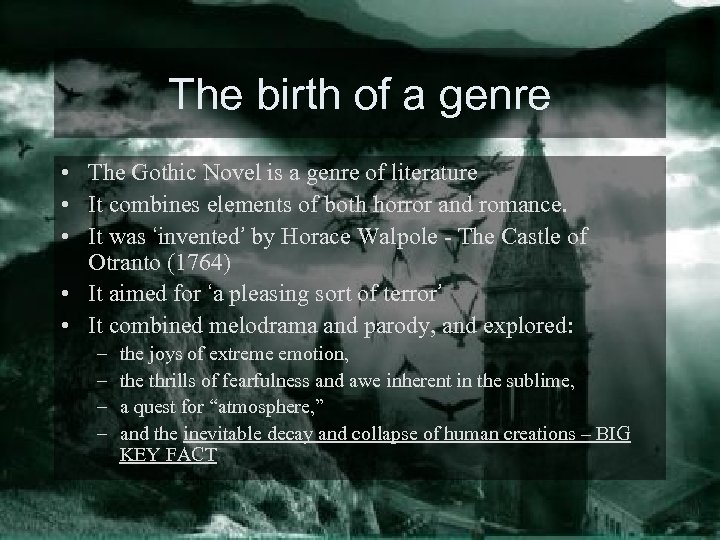 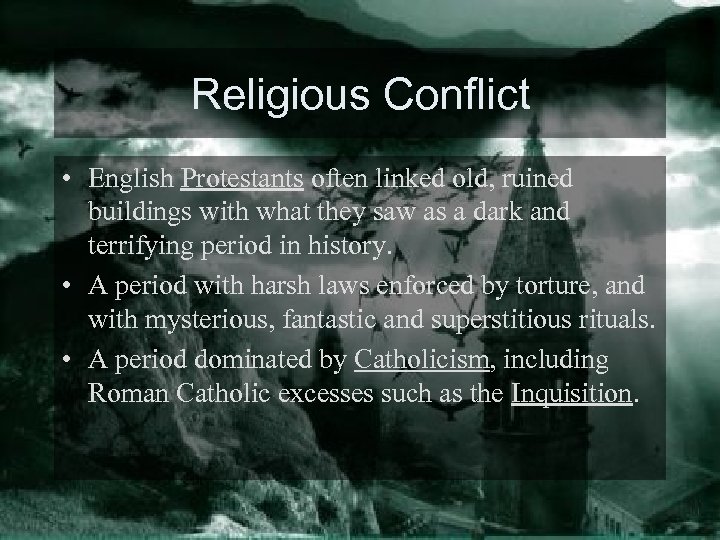 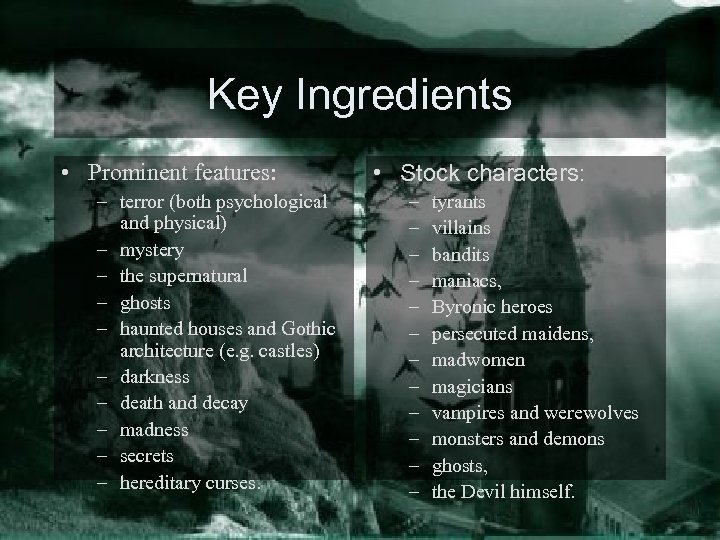 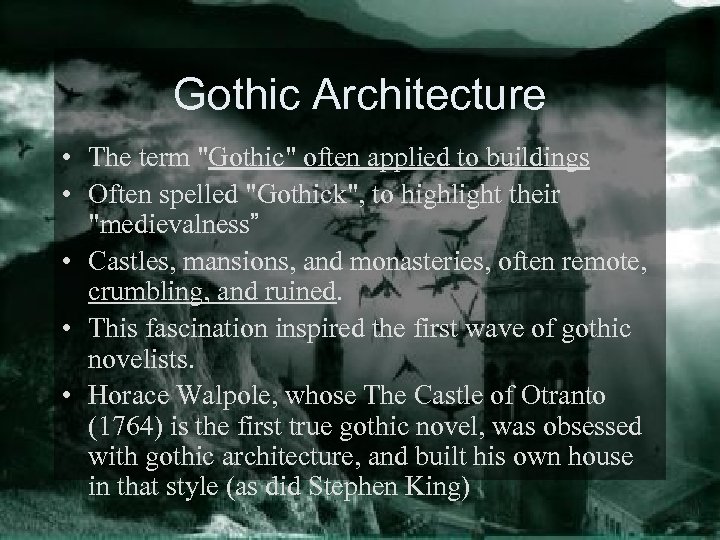 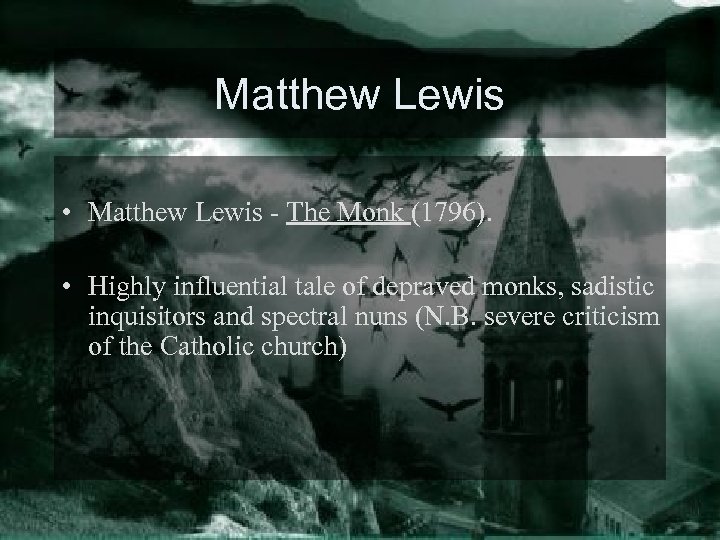 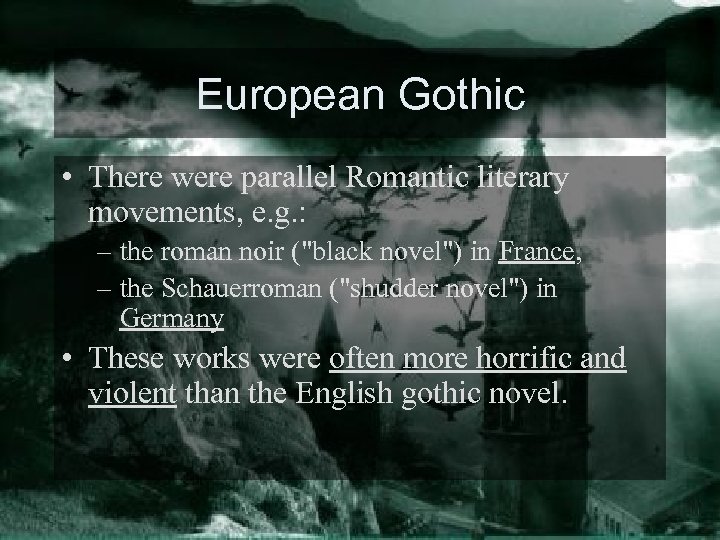 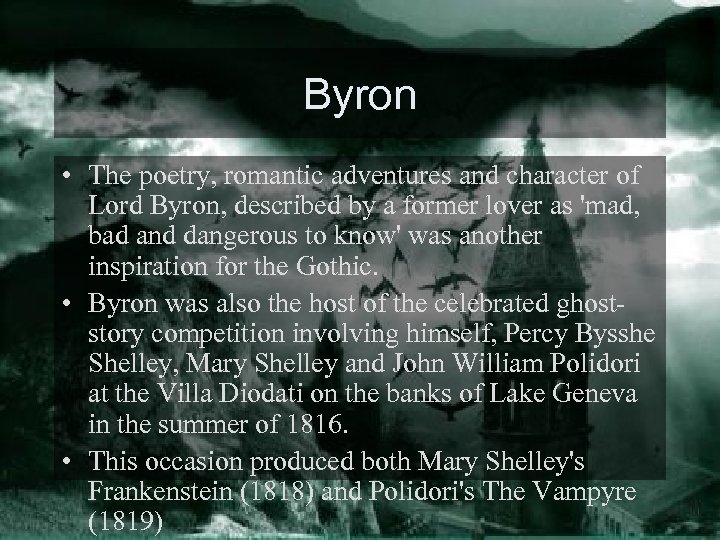 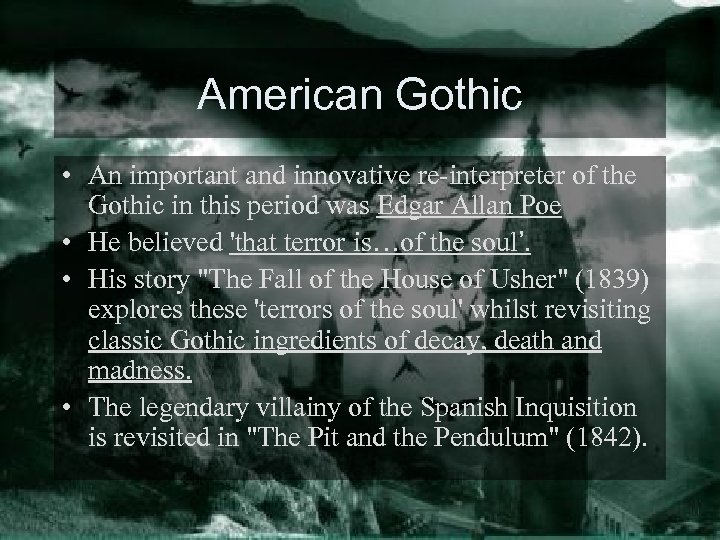 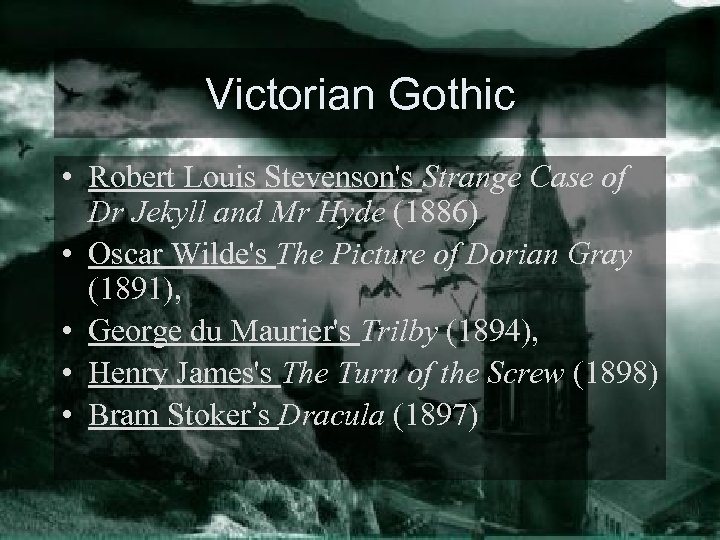 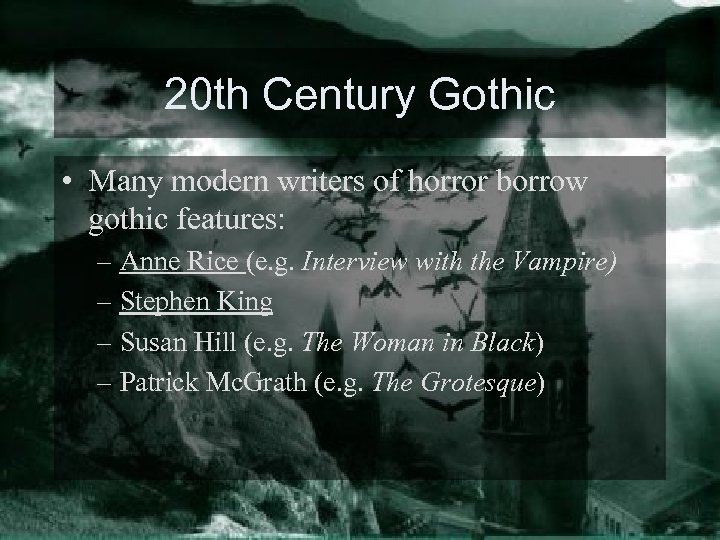 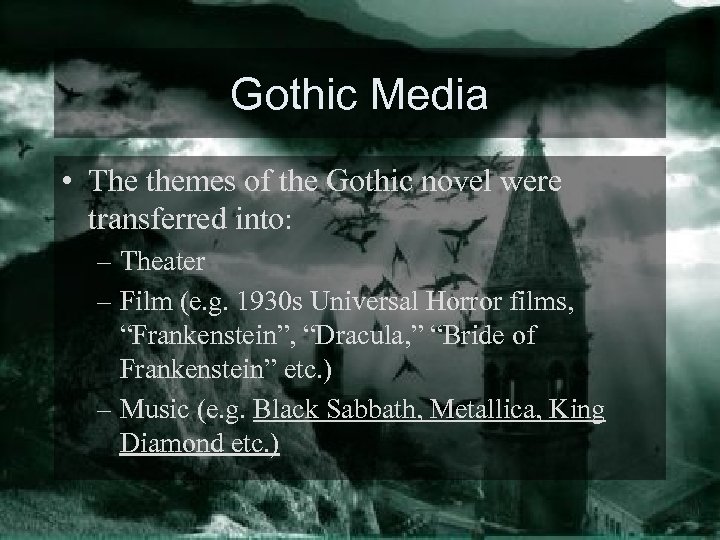 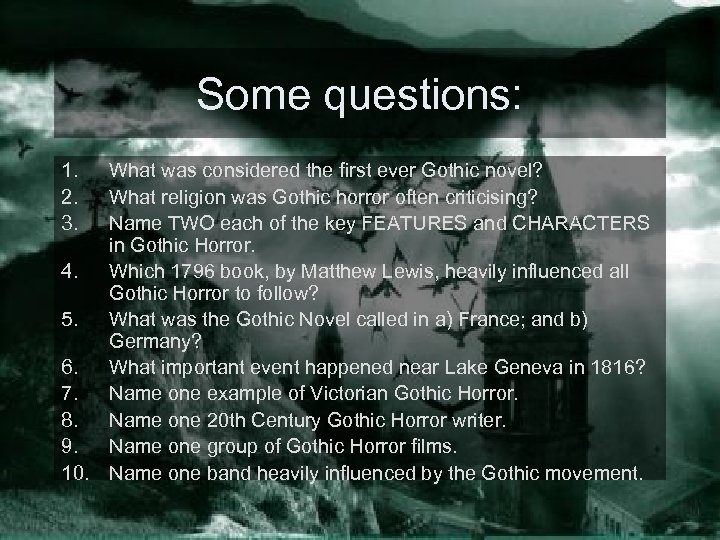 The birth of a genre • The Gothic Novel is a genre of literature • It combines elements of both horror and romance. • It was ‘invented’ by Horace Walpole - The Castle of Otranto (1764) • It aimed for ‘a pleasing sort of terror’ • It combined melodrama and parody, and explored: – – the joys of extreme emotion, the thrills of fearfulness and awe inherent in the sublime, a quest for “atmosphere, ” and the inevitable decay and collapse of human creations – BIG KEY FACT

Religious Conflict • English Protestants often linked old, ruined buildings with what they saw as a dark and terrifying period in history. • A period with harsh laws enforced by torture, and with mysterious, fantastic and superstitious rituals. • A period dominated by Catholicism, including Roman Catholic excesses such as the Inquisition.

Gothic Architecture • The term "Gothic" often applied to buildings • Often spelled "Gothick", to highlight their "medievalness” • Castles, mansions, and monasteries, often remote, crumbling, and ruined. • This fascination inspired the first wave of gothic novelists. • Horace Walpole, whose The Castle of Otranto (1764) is the first true gothic novel, was obsessed with gothic architecture, and built his own house in that style (as did Stephen King)

European Gothic • There were parallel Romantic literary movements, e. g. : – the roman noir ("black novel") in France, – the Schauerroman ("shudder novel") in Germany • These works were often more horrific and violent than the English gothic novel.

Byron • The poetry, romantic adventures and character of Lord Byron, described by a former lover as 'mad, bad and dangerous to know' was another inspiration for the Gothic. • Byron was also the host of the celebrated ghoststory competition involving himself, Percy Bysshe Shelley, Mary Shelley and John William Polidori at the Villa Diodati on the banks of Lake Geneva in the summer of 1816. • This occasion produced both Mary Shelley's Frankenstein (1818) and Polidori's The Vampyre (1819)

American Gothic • An important and innovative re-interpreter of the Gothic in this period was Edgar Allan Poe • He believed 'that terror is…of the soul’. • His story "The Fall of the House of Usher" (1839) explores these 'terrors of the soul' whilst revisiting classic Gothic ingredients of decay, death and madness. • The legendary villainy of the Spanish Inquisition is revisited in "The Pit and the Pendulum" (1842).