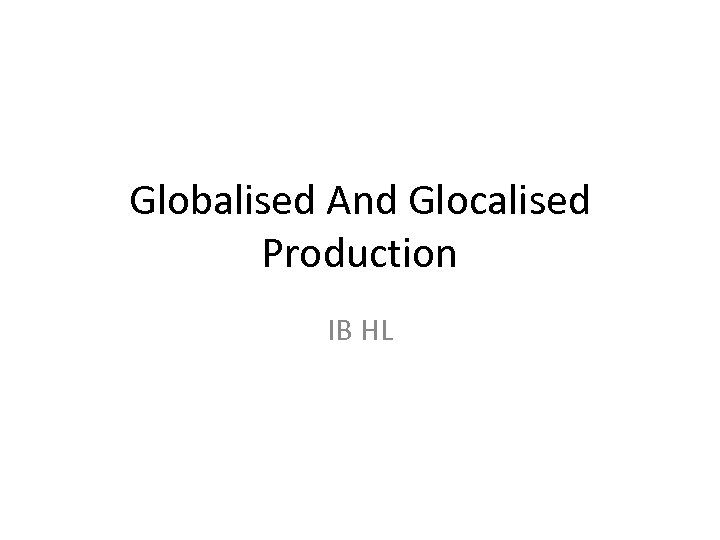 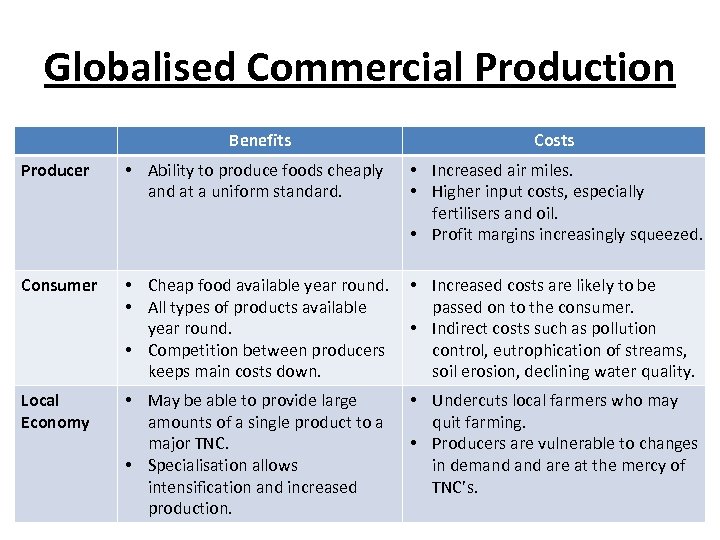 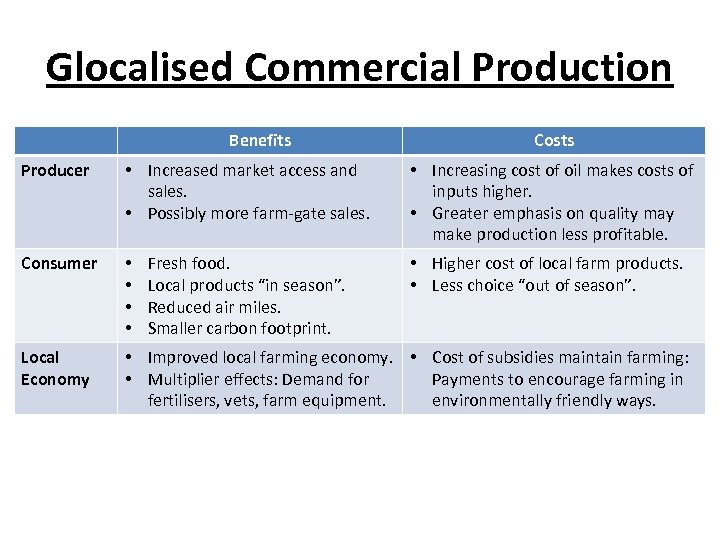 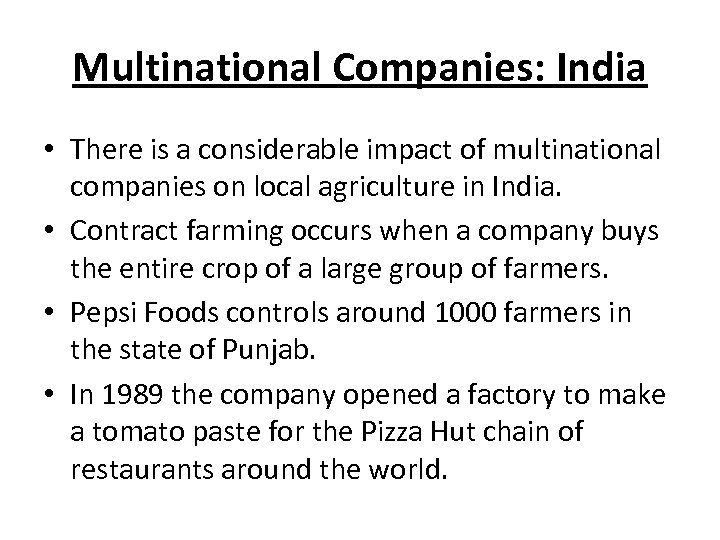 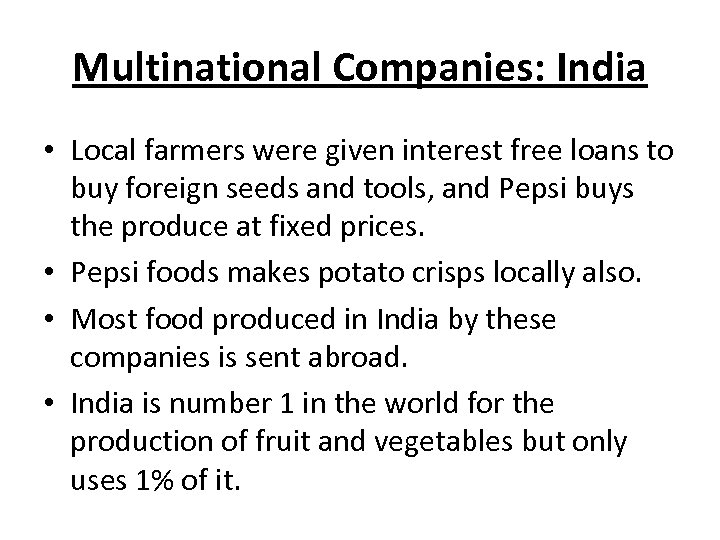 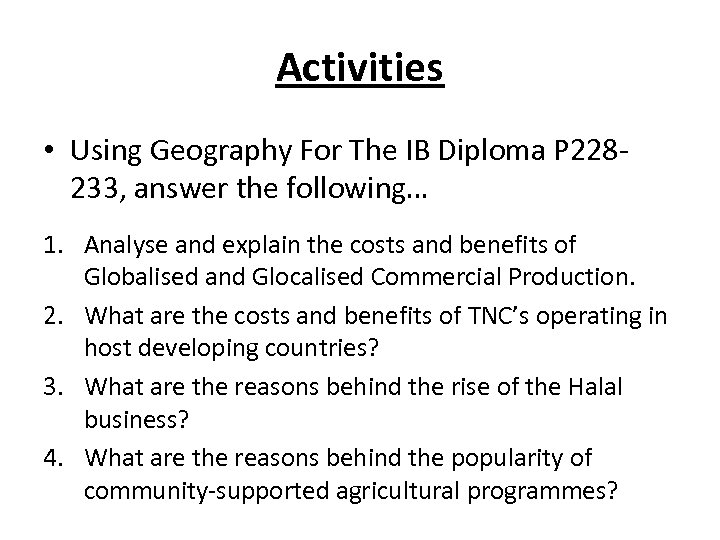 Globalised Commercial Production Benefits Costs Producer • Ability to produce foods cheaply and at a uniform standard. • Increased air miles. • Higher input costs, especially fertilisers and oil. • Profit margins increasingly squeezed. Consumer • Cheap food available year round. • All types of products available year round. • Competition between producers keeps main costs down. • Increased costs are likely to be passed on to the consumer. • Indirect costs such as pollution control, eutrophication of streams, soil erosion, declining water quality. Local Economy • May be able to provide large amounts of a single product to a major TNC. • Specialisation allows intensification and increased production. • Undercuts local farmers who may quit farming. • Producers are vulnerable to changes in demand are at the mercy of TNC’s.

Multinational Companies: India • There is a considerable impact of multinational companies on local agriculture in India. • Contract farming occurs when a company buys the entire crop of a large group of farmers. • Pepsi Foods controls around 1000 farmers in the state of Punjab. • In 1989 the company opened a factory to make a tomato paste for the Pizza Hut chain of restaurants around the world.

Multinational Companies: India • Local farmers were given interest free loans to buy foreign seeds and tools, and Pepsi buys the produce at fixed prices. • Pepsi foods makes potato crisps locally also. • Most food produced in India by these companies is sent abroad. • India is number 1 in the world for the production of fruit and vegetables but only uses 1% of it.