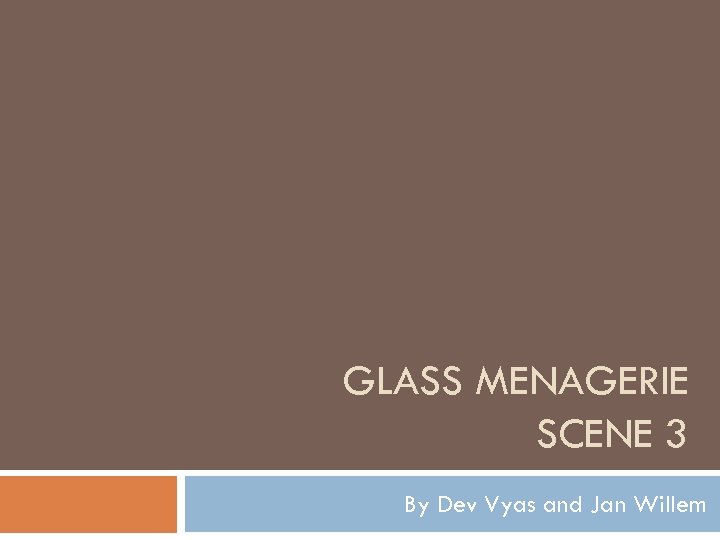 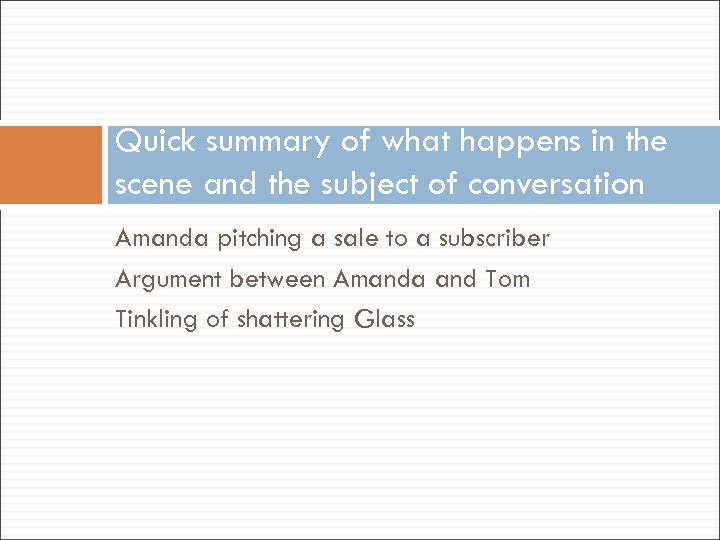 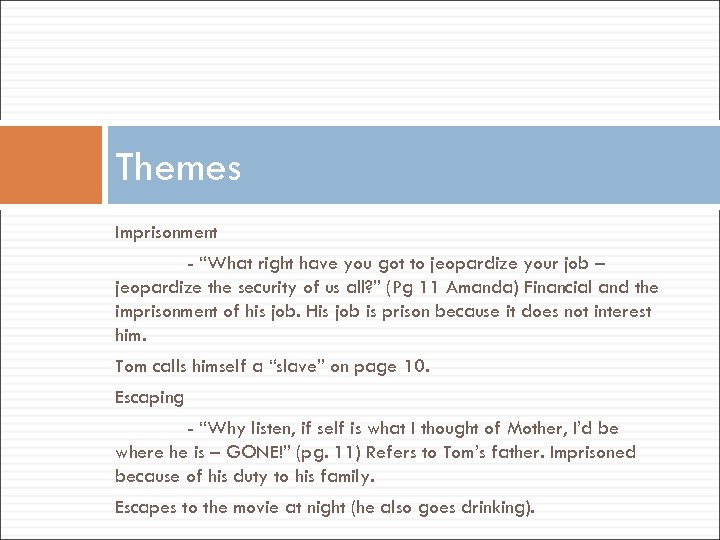 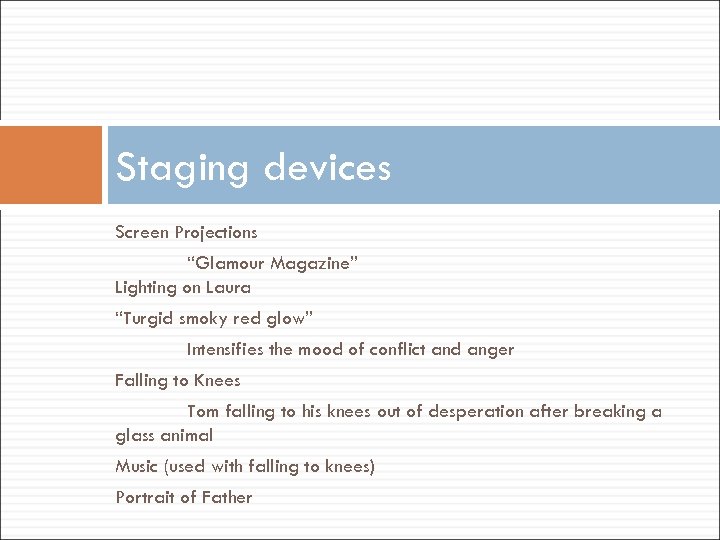 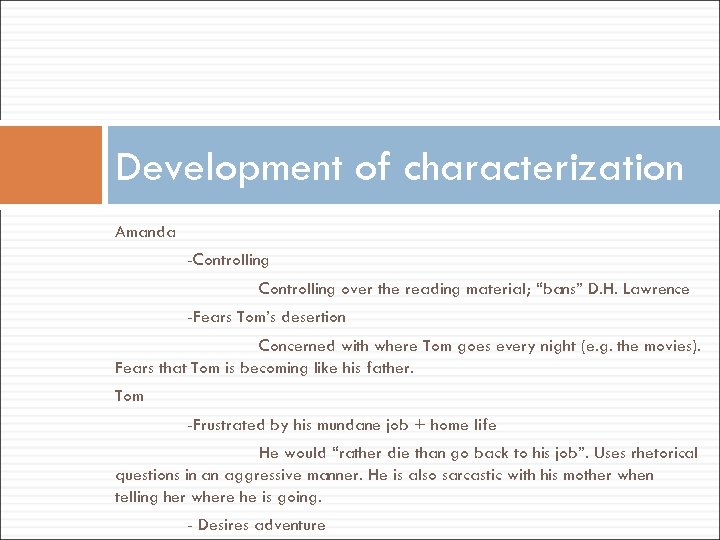 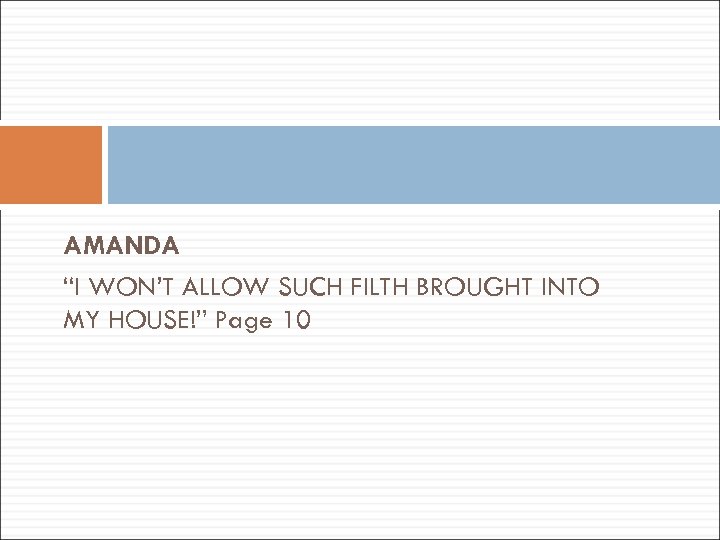 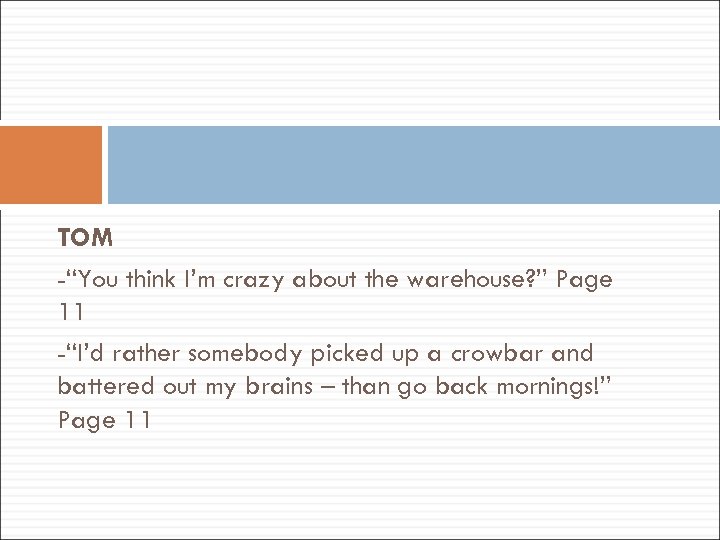 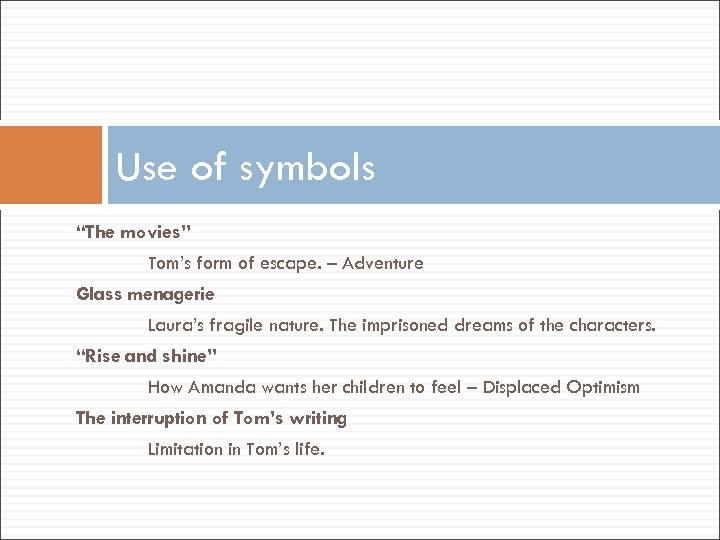 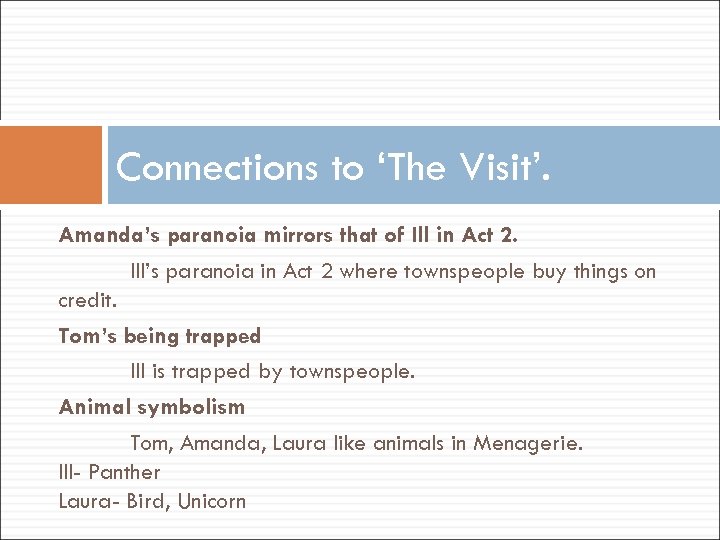 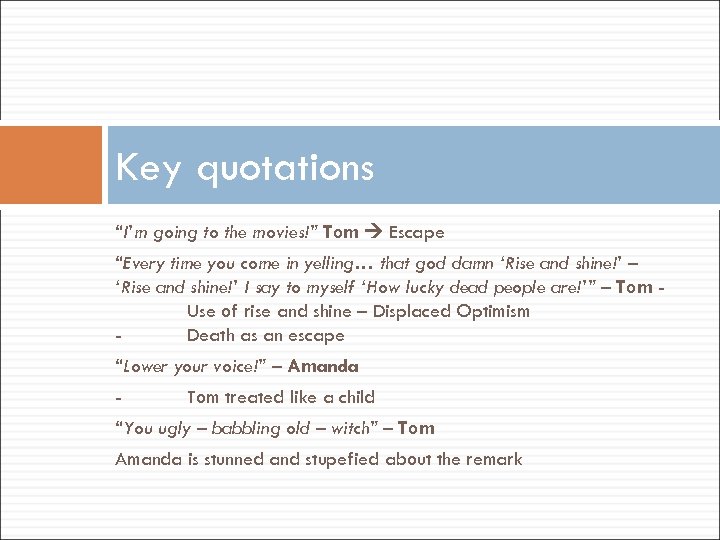 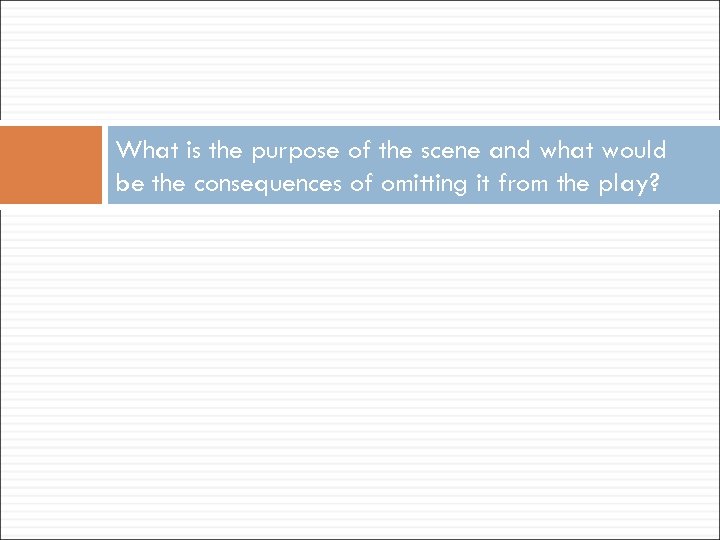 Themes Imprisonment - “What right have you got to jeopardize your job – jeopardize the security of us all? ” (Pg 11 Amanda) Financial and the imprisonment of his job. His job is prison because it does not interest him. Tom calls himself a “slave” on page 10. Escaping - “Why listen, if self is what I thought of Mother, I’d be where he is – GONE!” (pg. 11) Refers to Tom’s father. Imprisoned because of his duty to his family. Escapes to the movie at night (he also goes drinking).

Development of characterization Amanda -Controlling over the reading material; “bans” D. H. Lawrence -Fears Tom’s desertion Concerned with where Tom goes every night (e. g. the movies). Fears that Tom is becoming like his father. Tom -Frustrated by his mundane job + home life He would “rather die than go back to his job”. Uses rhetorical questions in an aggressive manner. He is also sarcastic with his mother when telling her where he is going. - Desires adventure

AMANDA “I WON’T ALLOW SUCH FILTH BROUGHT INTO MY HOUSE!” Page 10

TOM -“You think I’m crazy about the warehouse? ” Page 11 -“I’d rather somebody picked up a crowbar and battered out my brains – than go back mornings!” Page 11

Use of symbols “The movies” Tom’s form of escape. – Adventure Glass menagerie Laura’s fragile nature. The imprisoned dreams of the characters. “Rise and shine” How Amanda wants her children to feel – Displaced Optimism The interruption of Tom’s writing Limitation in Tom’s life.

Key quotations “I’m going to the movies!” Tom Escape “Every time you come in yelling… that god damn ‘Rise and shine!’ – ‘Rise and shine!’ I say to myself ‘How lucky dead people are!’” – Tom Use of rise and shine – Displaced Optimism Death as an escape “Lower your voice!” – Amanda - Tom treated like a child “You ugly – babbling old – witch” – Tom Amanda is stunned and stupefied about the remark

What is the purpose of the scene and what would be the consequences of omitting it from the play?