GIRLS VARSITY HOCKEY The Need For a League 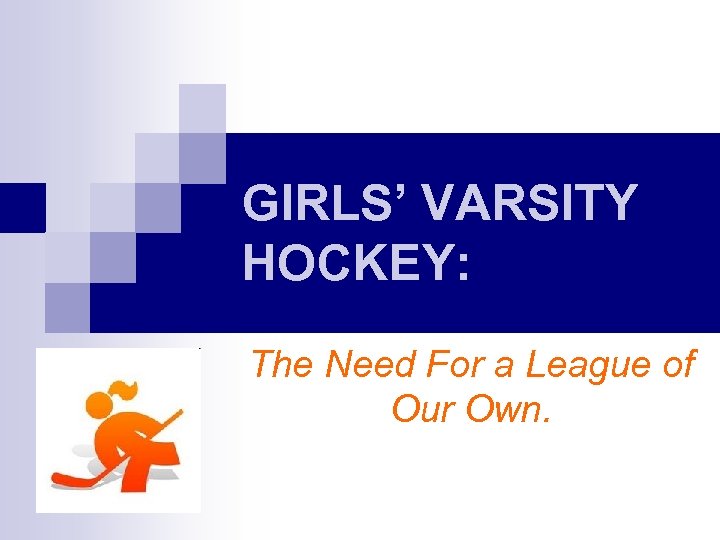 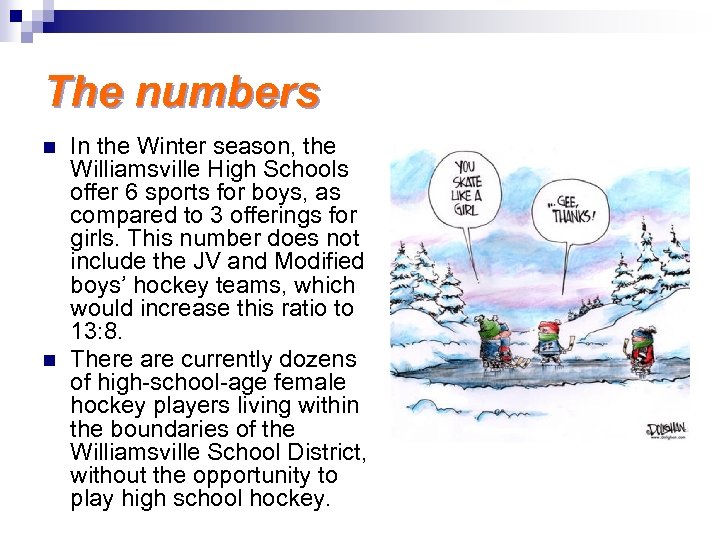 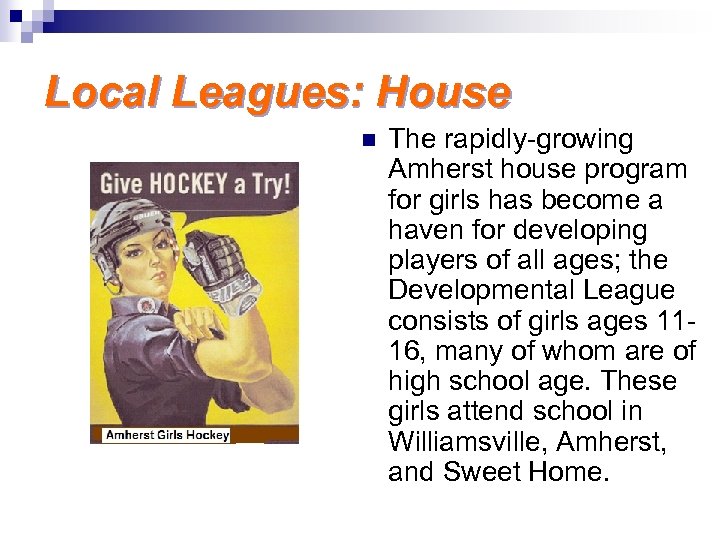 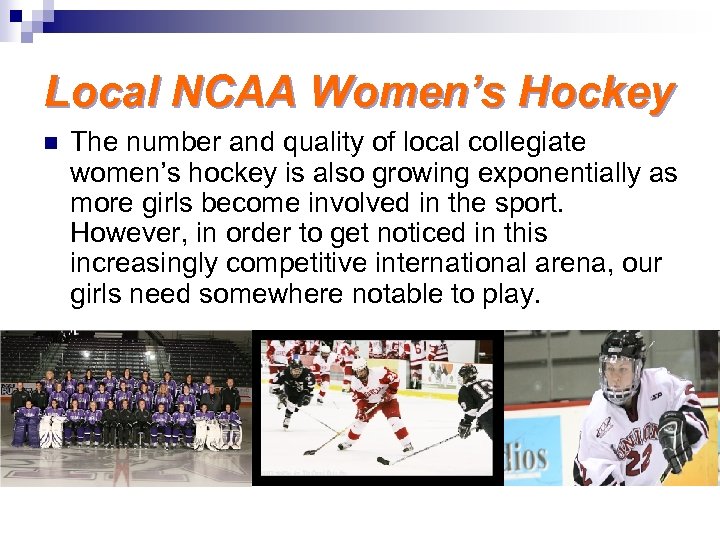 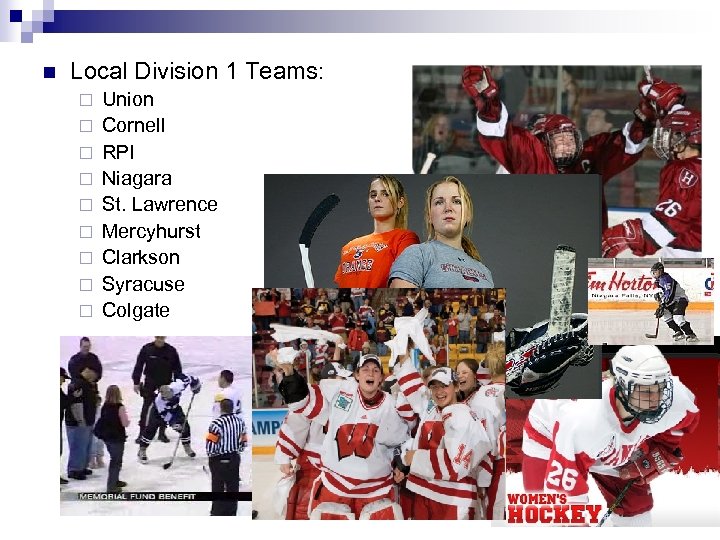 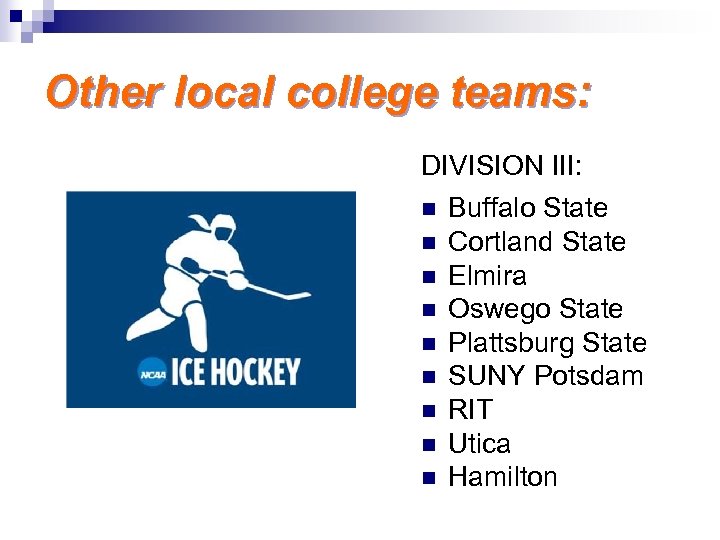 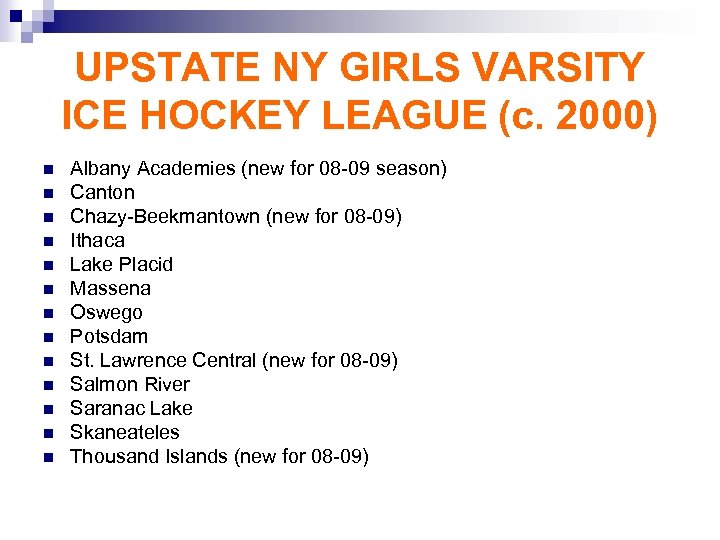 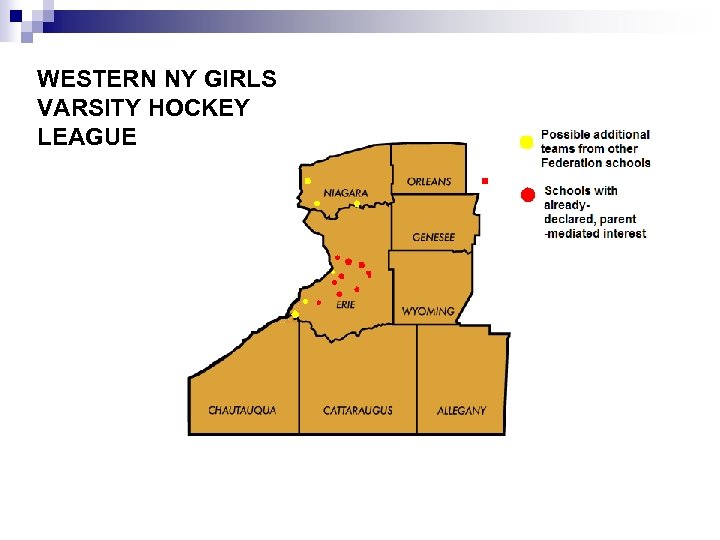 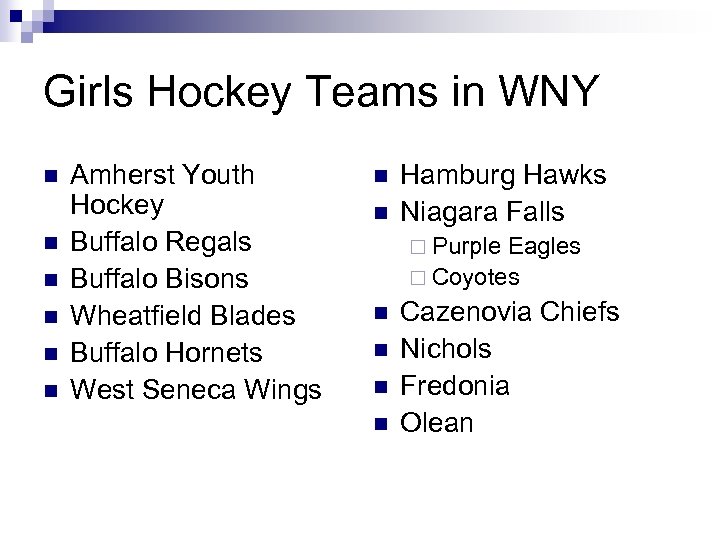 Скачать презентацию GIRLS VARSITY HOCKEY The Need For a League

GIRLS’ VARSITY HOCKEY: The Need For a League of Our Own.

The numbers n n In the Winter season, the Williamsville High Schools offer 6 sports for boys, as compared to 3 offerings for girls. This number does not include the JV and Modified boys’ hockey teams, which would increase this ratio to 13: 8. There are currently dozens of high-school-age female hockey players living within the boundaries of the Williamsville School District, without the opportunity to play high school hockey.

Local Leagues: Travel n n The Great Lakes Girls’ Hockey League plays in Tier-2 tournaments across Western New York, Pennsylvania, and Ohio. It includes teams from Wheatfield, Buffalo (Regals), Monroe County, and Perinton. There are only 3 local Tier-1 programs: the Rochester Edge, the Buffalo Bisons, and the Amherst Knights. The Knights do not have a 19 U program, and so after they become too old for 16 U (the next lowest age bracket), many Tier-1 girls have nowhere convenient to play.

Local Leagues: House n The rapidly-growing Amherst house program for girls has become a haven for developing players of all ages; the Developmental League consists of girls ages 1116, many of whom are of high school age. These girls attend school in Williamsville, Amherst, and Sweet Home.

Local NCAA Women’s Hockey n The number and quality of local collegiate women’s hockey is also growing exponentially as more girls become involved in the sport. However, in order to get noticed in this increasingly competitive international arena, our girls need somewhere notable to play.

The League of Nations “ war to