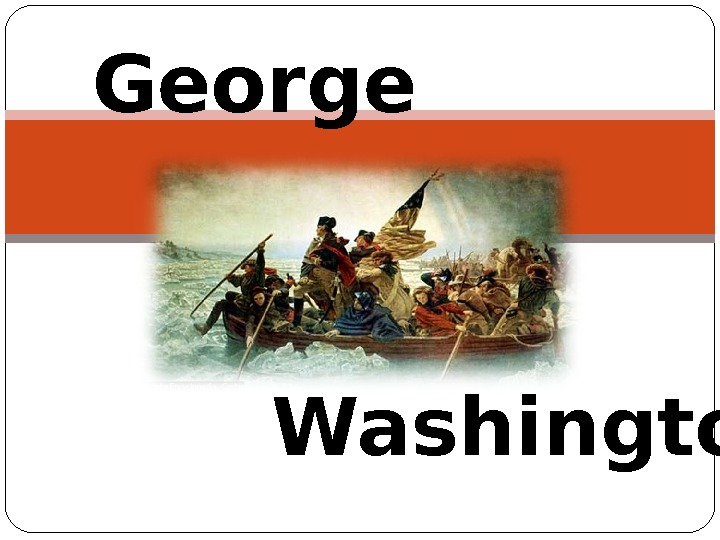 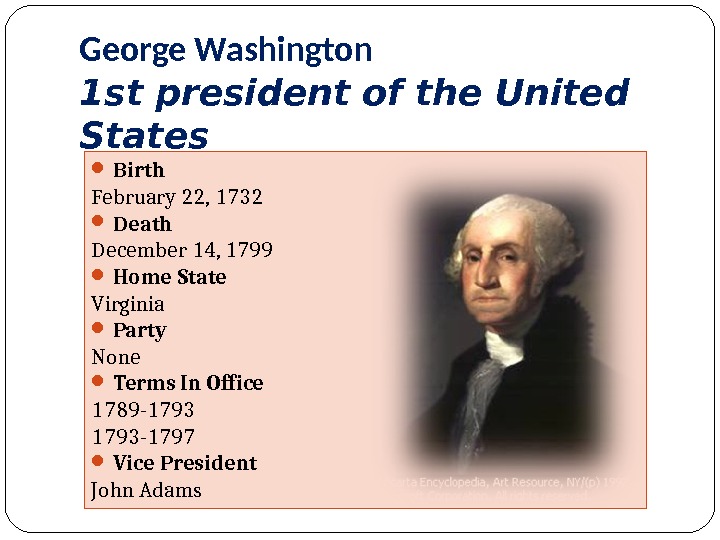 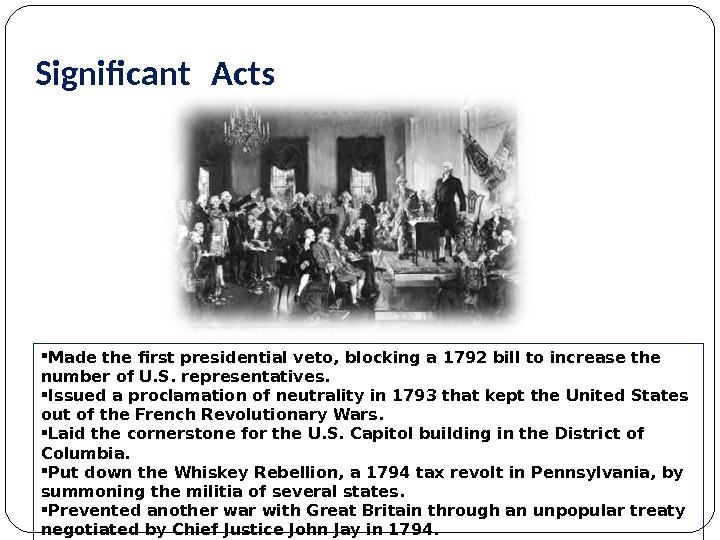 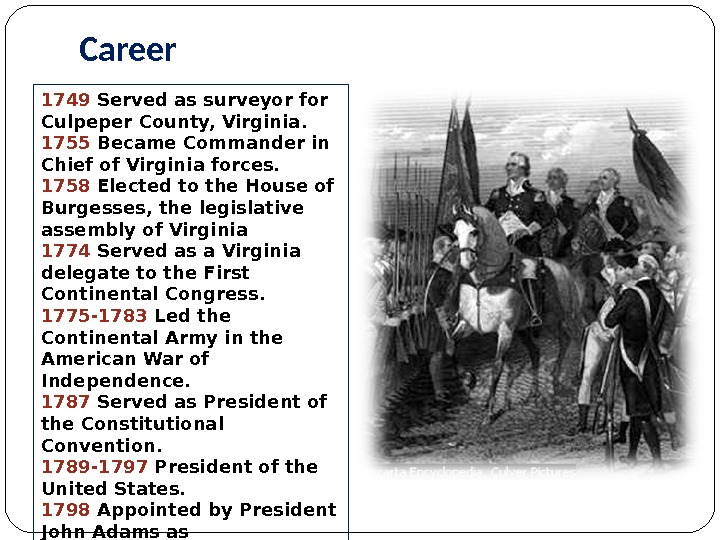 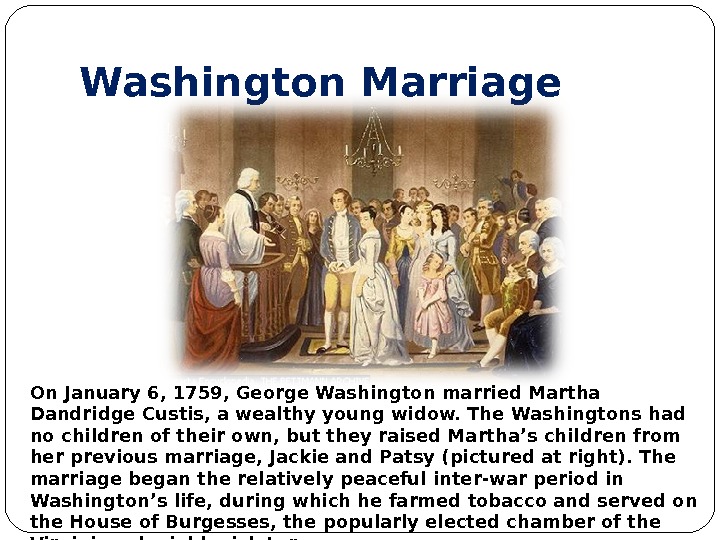 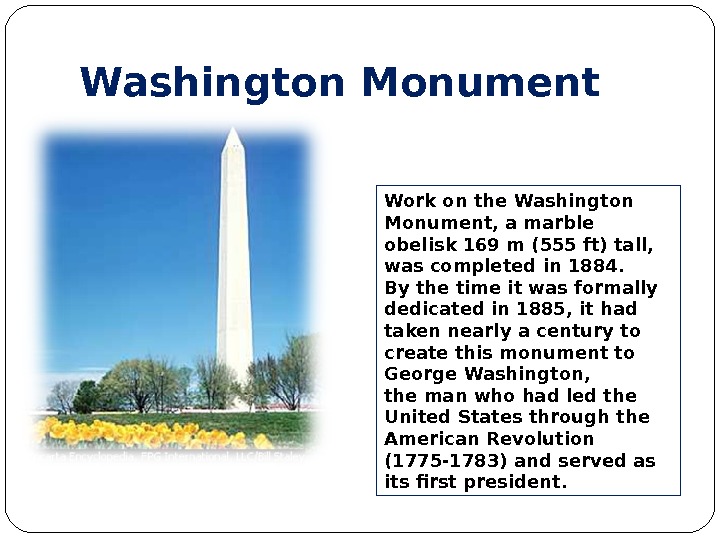 Made the first presidential veto, blocking a 1792 bill to increase the number of U. S. representatives. Issued a proclamation of neutrality in 1793 that kept the United States out of the French Revolutionary Wars. Laid the cornerstone for the U. S. Capitol building in the District of Columbia. Put down the Whiskey Rebellion, a 1794 tax revolt in Pennsylvania, by summoning the militia of several states. Prevented another war with Great Britain through an unpopular treaty negotiated by Chief Justice John Jay in 1794. Significant Acts

Career 1749 Served as surveyor for Culpeper County, Virginia. 1755 Became Commander in Chief of Virginia forces. 1758 Elected to the House of Burgesses, the legislative assembly of Virginia 1774 Served as a Virginia delegate to the First Continental Congress. 1775 -1783 Led the Continental Army in the American War of Independence. 1787 Served as President of the Constitutional Convention. 1789 -1797 President of the United States. 1798 Appointed by President John Adams as Lieutenant-General and Commander in Chief of all the armies of the United States.

Washington Marriage On January 6, 1759, George Washington married Martha Dandridge Custis, a wealthy young widow. The Washingtons had no children of their own, but they raised Martha’s children from her previous marriage, Jackie and Patsy (pictured at right). The marriage began the relatively peaceful inter-war period in Washington’s life, during which he farmed tobacco and served on the House of Burgesses, the popularly elected chamber of the Virginia colonial legislature.

Washington Monument Work on the Washington Monument, a marble obelisk 169 m (555 ft) tall, was completed in 1884. By the time it was formally dedicated in 1885, it had taken nearly a century to create this monument to George Washington, the man who had led the United States through the American Revolution (1775 -1783) and served as its first president.