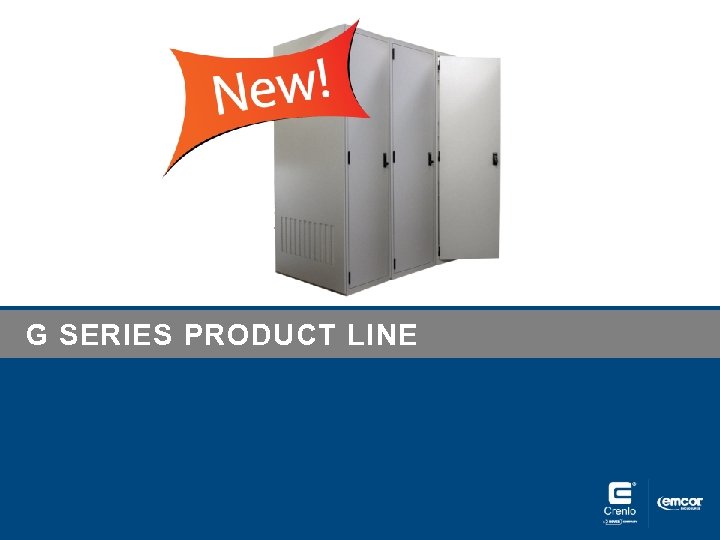 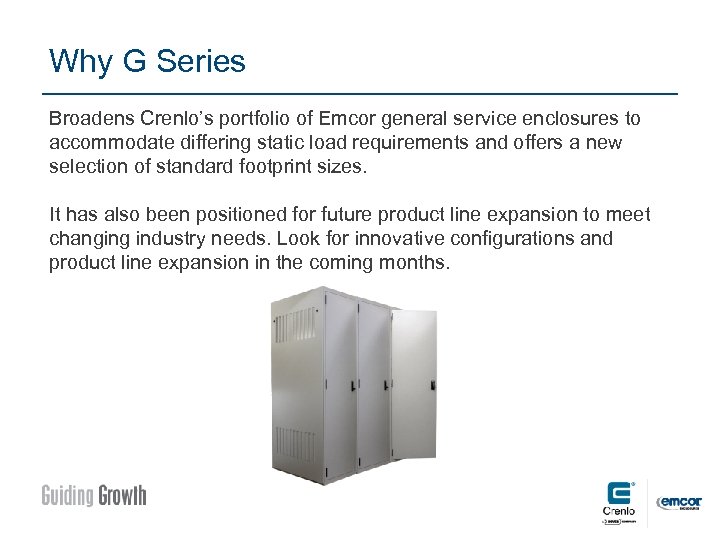 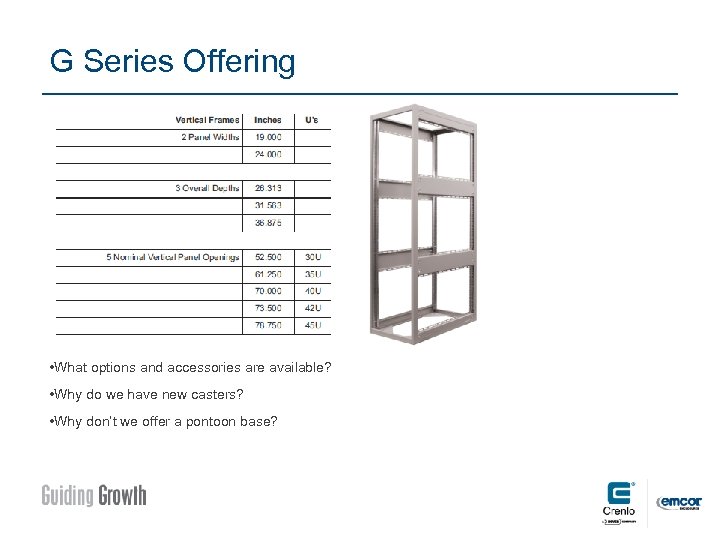 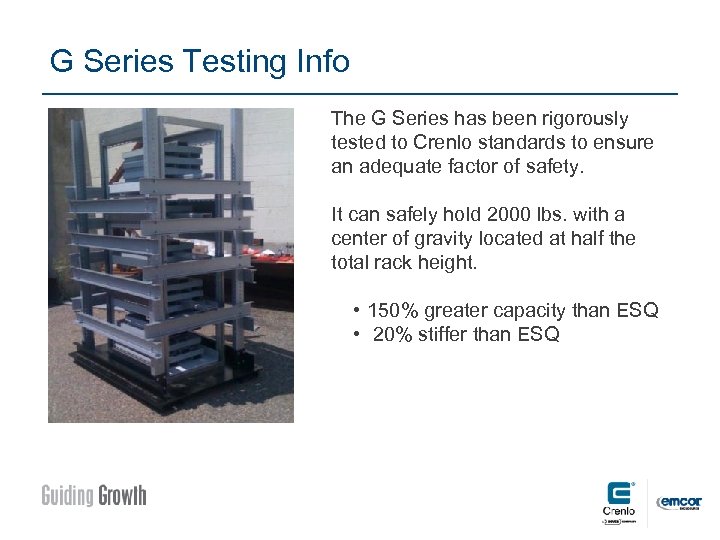 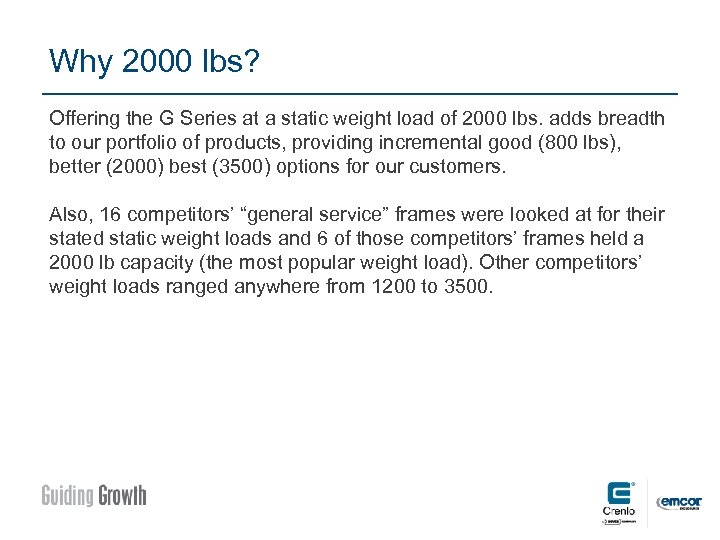 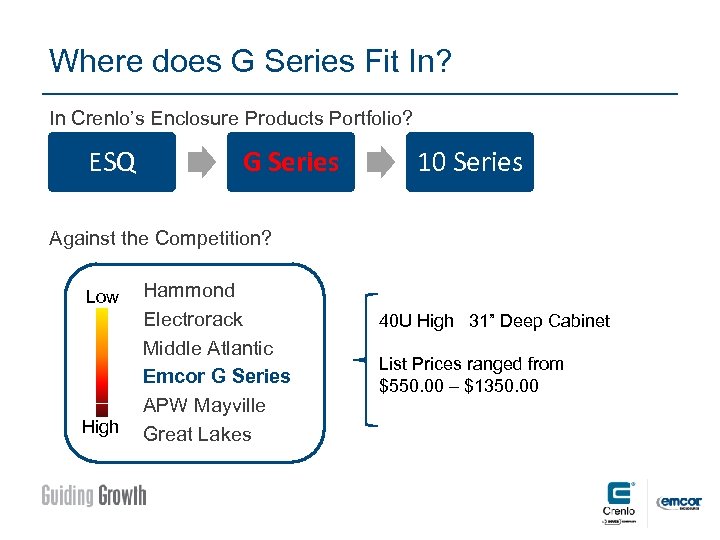 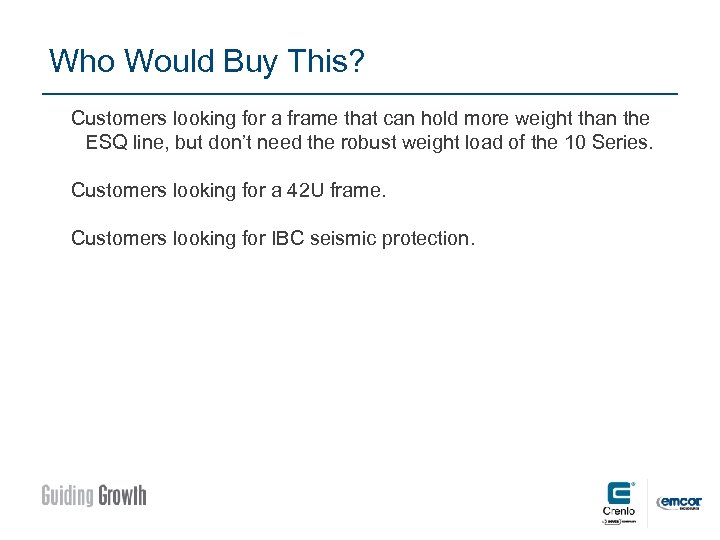 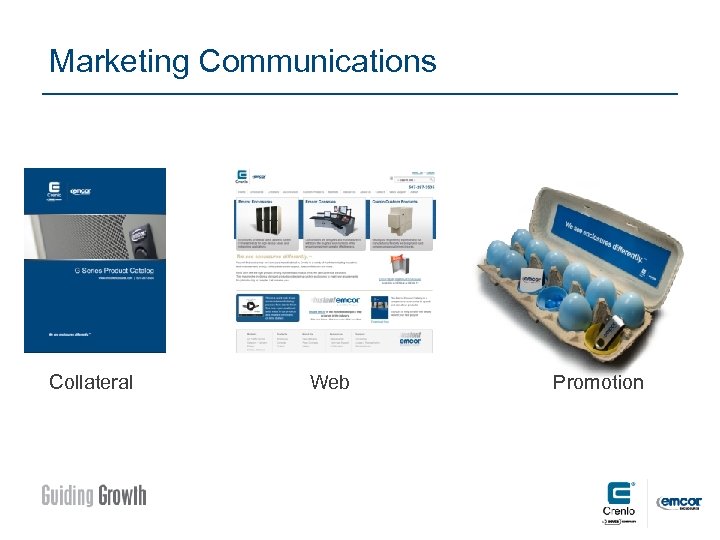 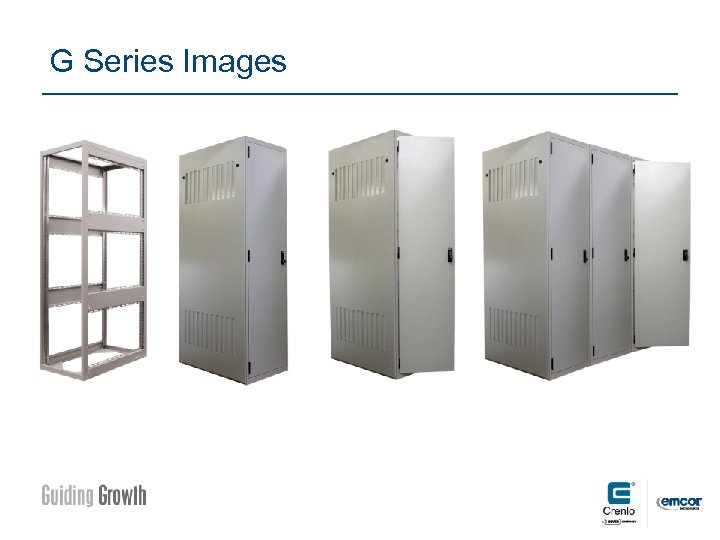 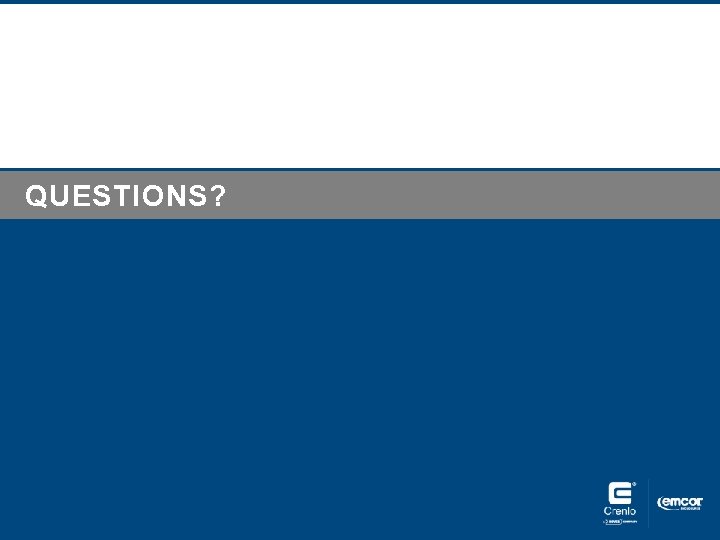 G Series Offering • What options and accessories are available? • Why do we have new casters? • Why don’t we offer a pontoon base?

G Series Testing Info The G Series has been rigorously tested to Crenlo standards to ensure an adequate factor of safety. It can safely hold 2000 lbs. with a center of gravity located at half the total rack height. • 150% greater capacity than ESQ • 20% stiffer than ESQ

Why 2000 lbs? Offering the G Series at a static weight load of 2000 lbs. adds breadth to our portfolio of products, providing incremental good (800 lbs), better (2000) best (3500) options for our customers. Also, 16 competitors’ “general service” frames were looked at for their stated static weight loads and 6 of those competitors’ frames held a 2000 lb capacity (the most popular weight load). Other competitors’ weight loads ranged anywhere from 1200 to 3500.

What Markets can this be sold into? The beauty of a general service rack is that its “general” features allow it to be useful in a number of different markets: • Test and Measurement • Systems Integration • Security • Medical • Military and Defense (for those applications that do not require the robust weight load of a 10 Series frame) Given that it has the ESQ’s narrower overall width, the G Series frame may also play well in the following markets: • Broadcast • Audio Visual If the depth of equipment being put into it is less than 36”, the G Series frame can also be used in: • Data Comm/Tele. Comm