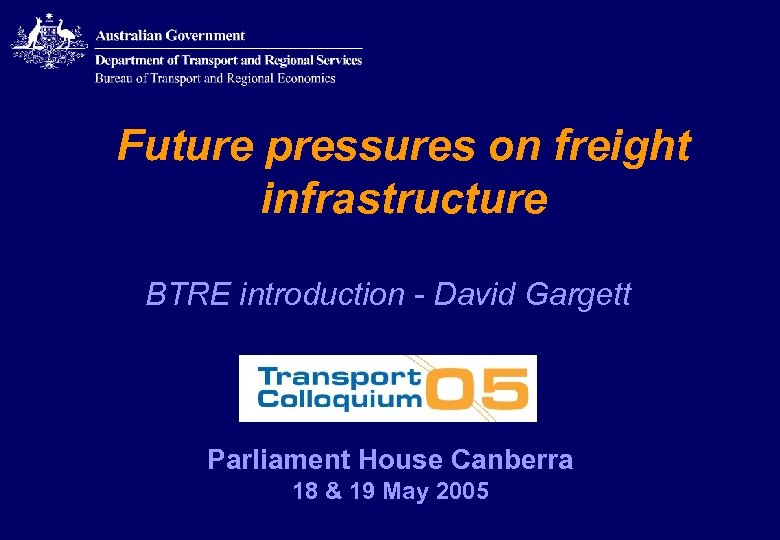 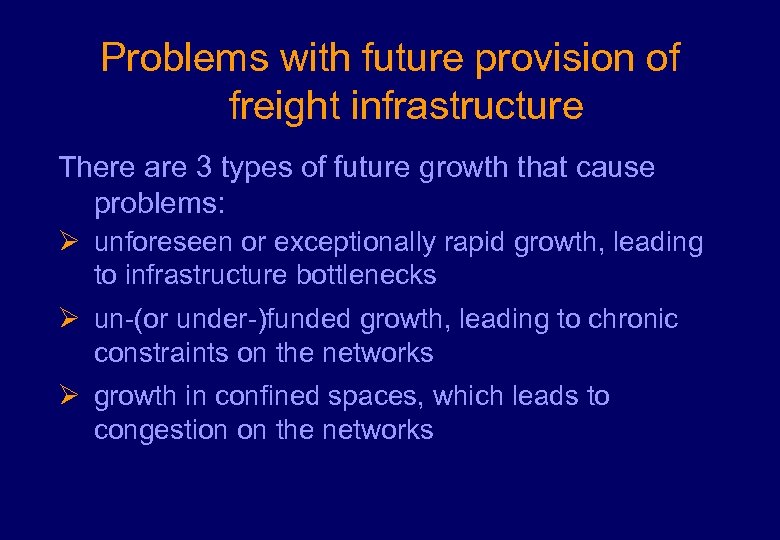 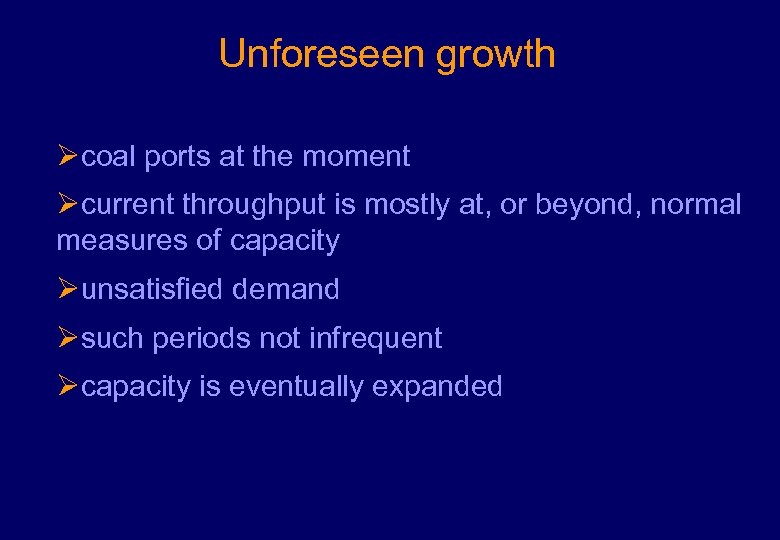 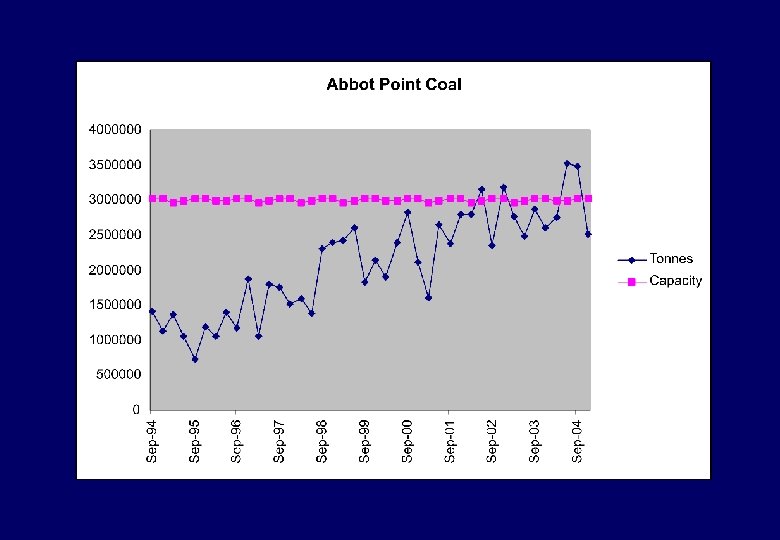 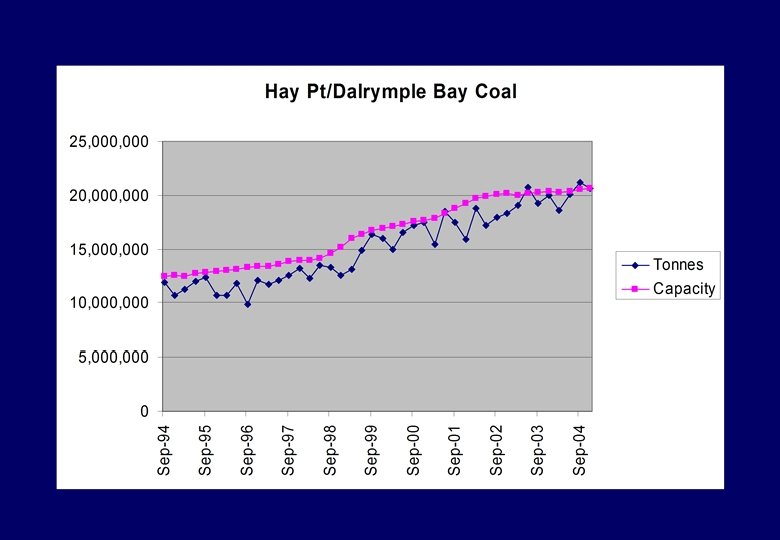 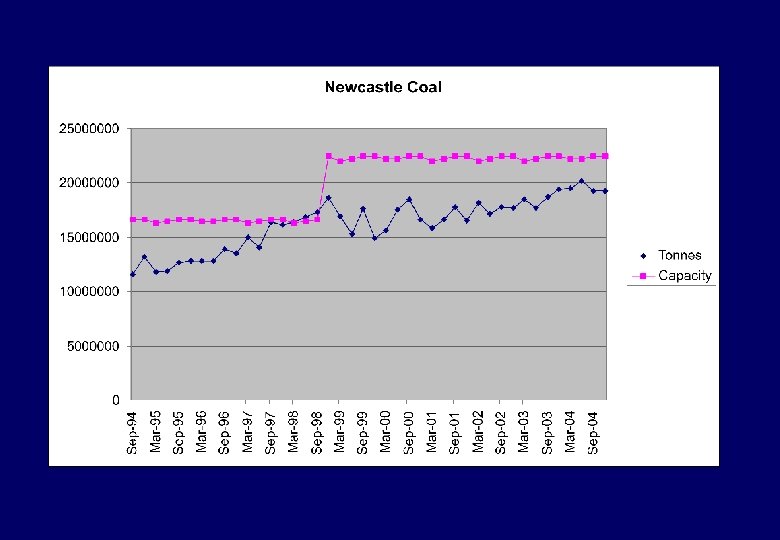 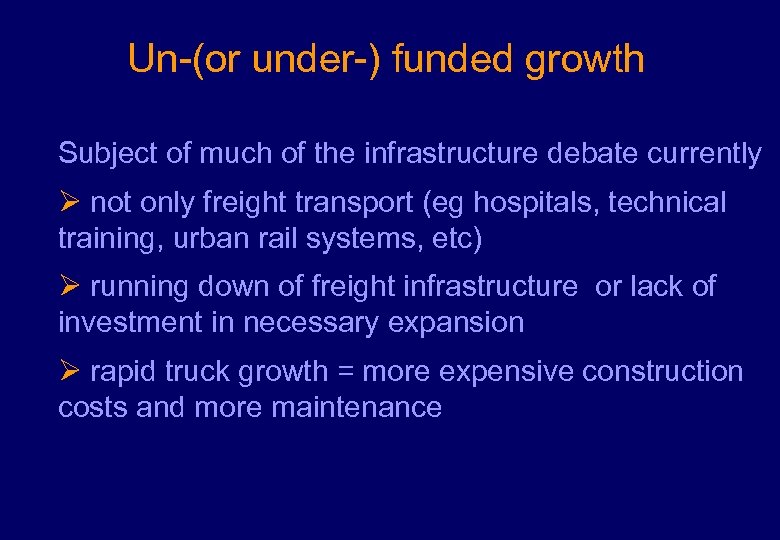 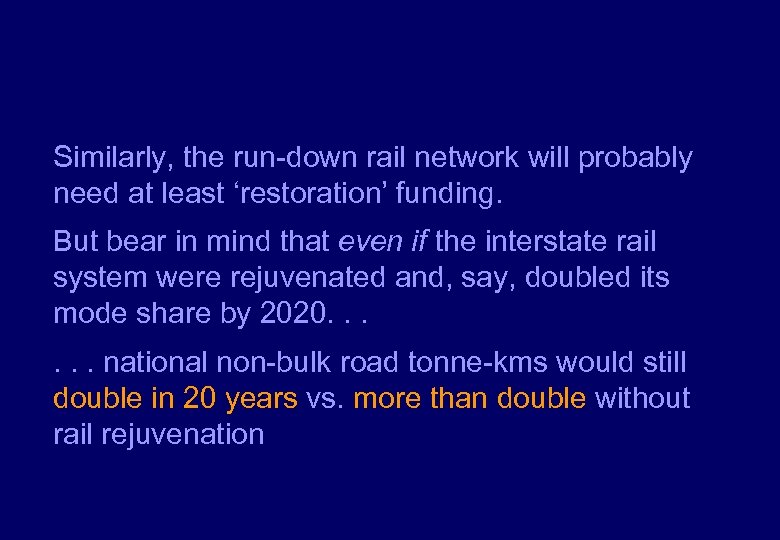 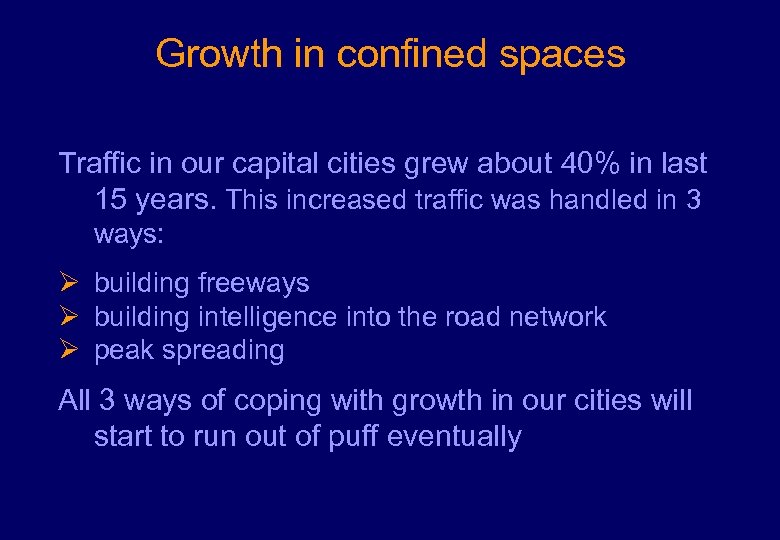 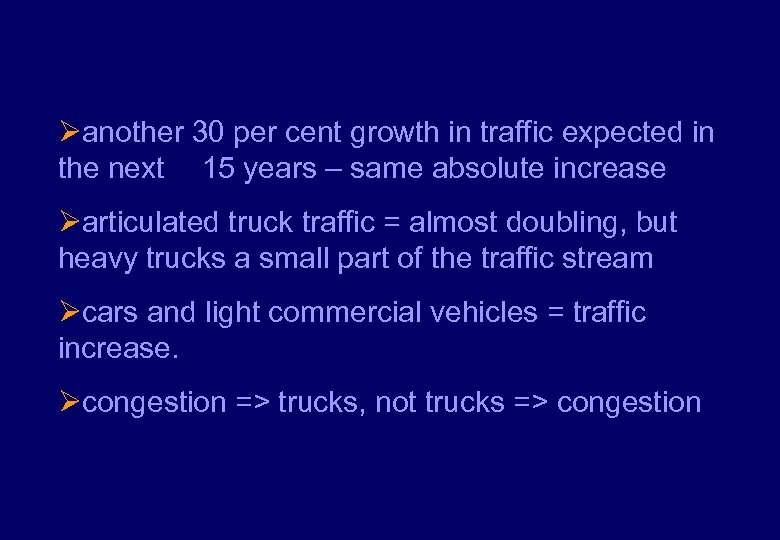 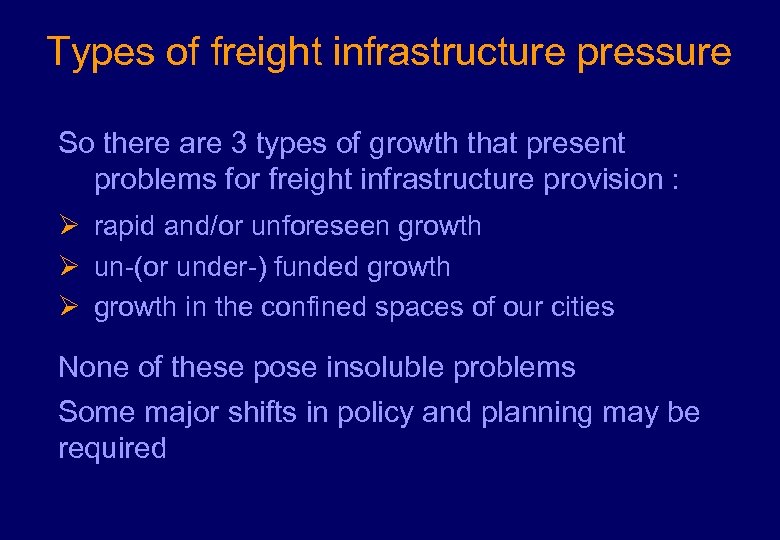 Unforeseen growth Øcoal ports at the moment Øcurrent throughput is mostly at, or beyond, normal measures of capacity Øunsatisfied demand Øsuch periods not infrequent Øcapacity is eventually expanded

Similarly, the run-down rail network will probably need at least ‘restoration’ funding. But bear in mind that even if the interstate rail system were rejuvenated and, say, doubled its mode share by 2020. . . national non-bulk road tonne-kms would still double in 20 years vs. more than double without rail rejuvenation

Growth in confined spaces Traffic in our capital cities grew about 40% in last 15 years. This increased traffic was handled in 3 ways: Ø building freeways Ø building intelligence into the road network Ø peak spreading All 3 ways of coping with growth in our cities will start to run out of puff eventually