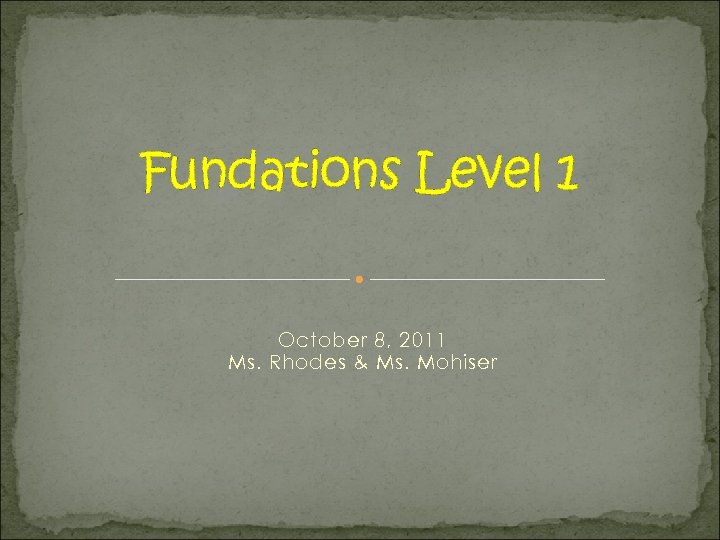 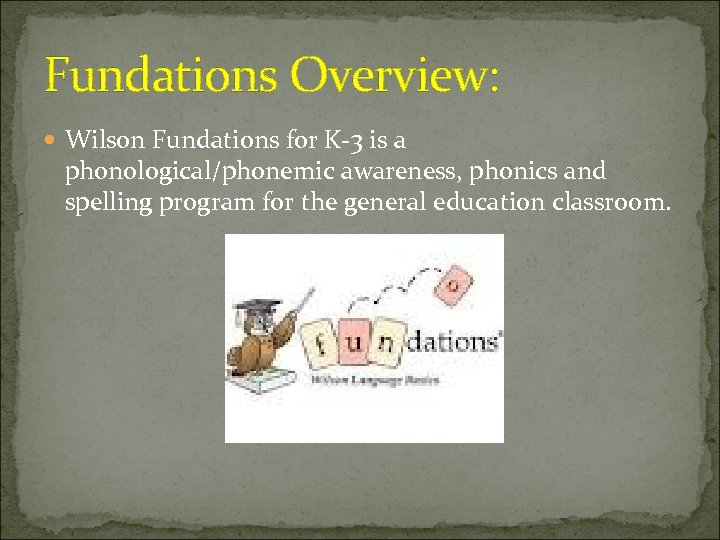 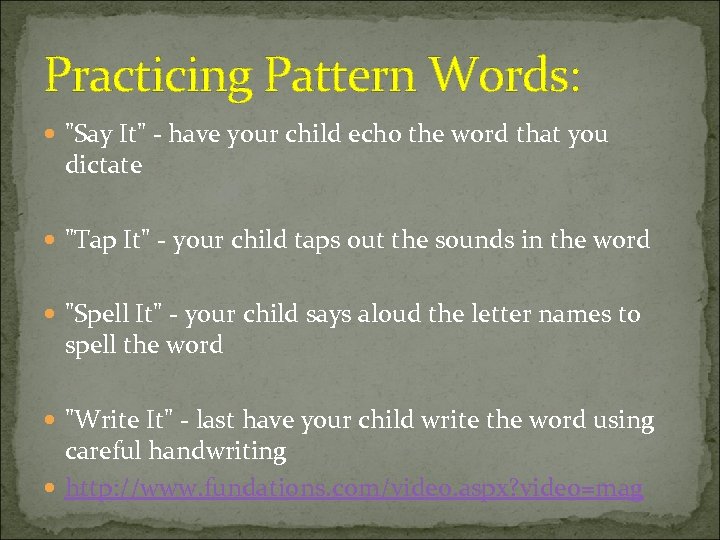 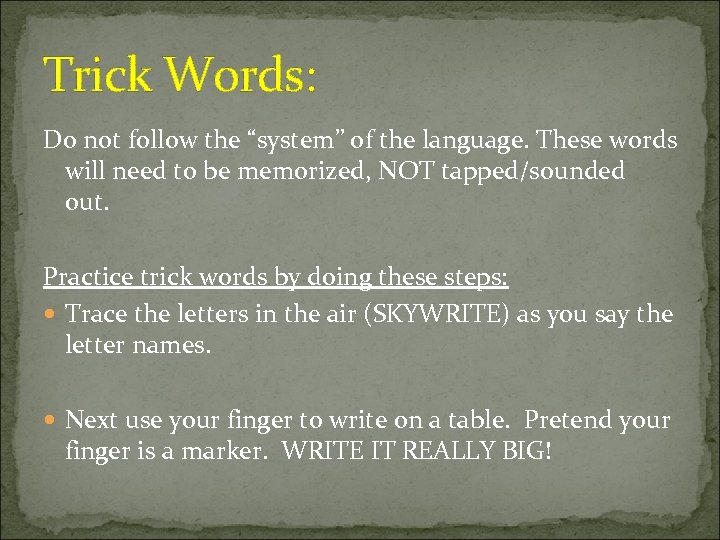 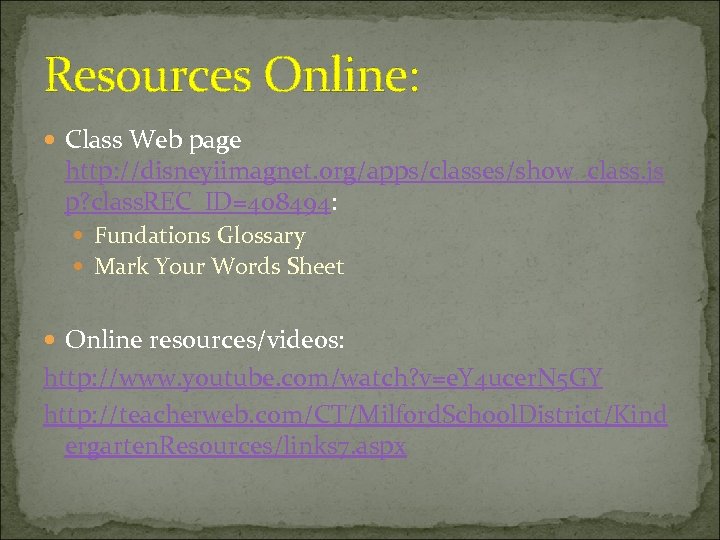 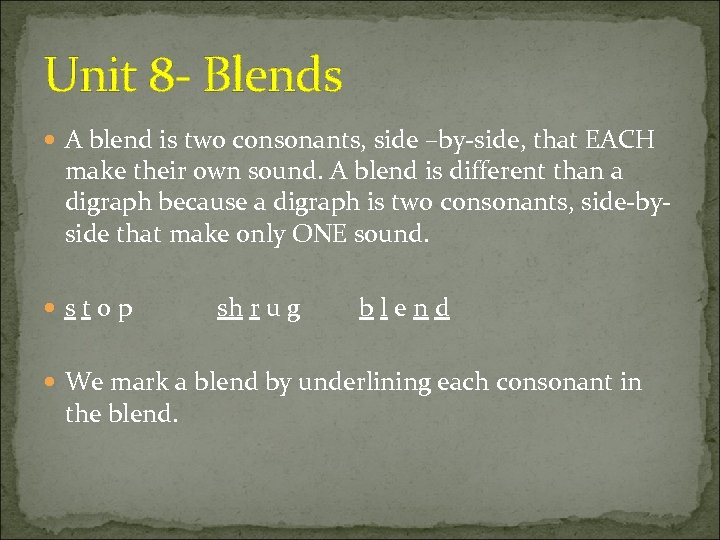 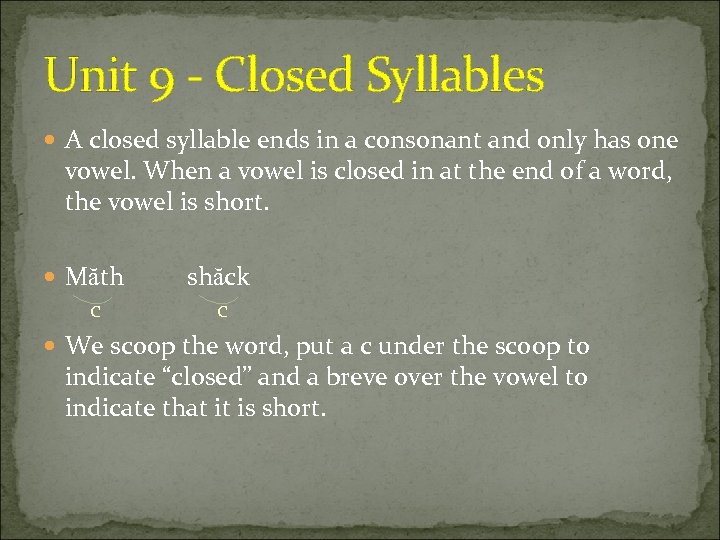 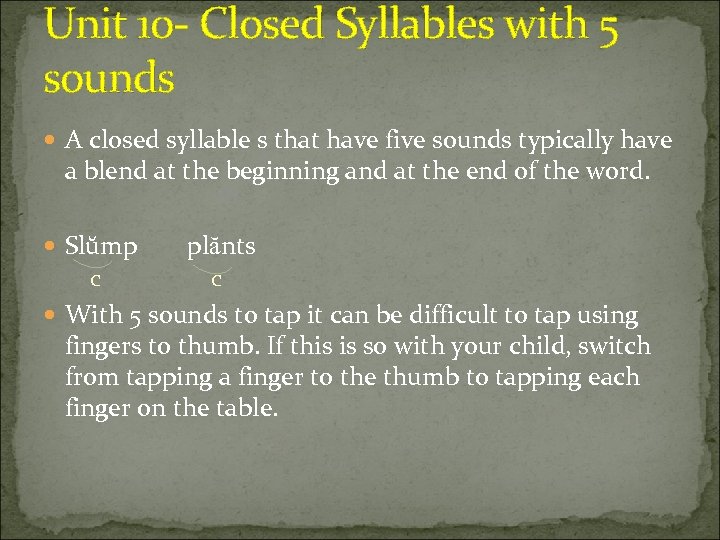 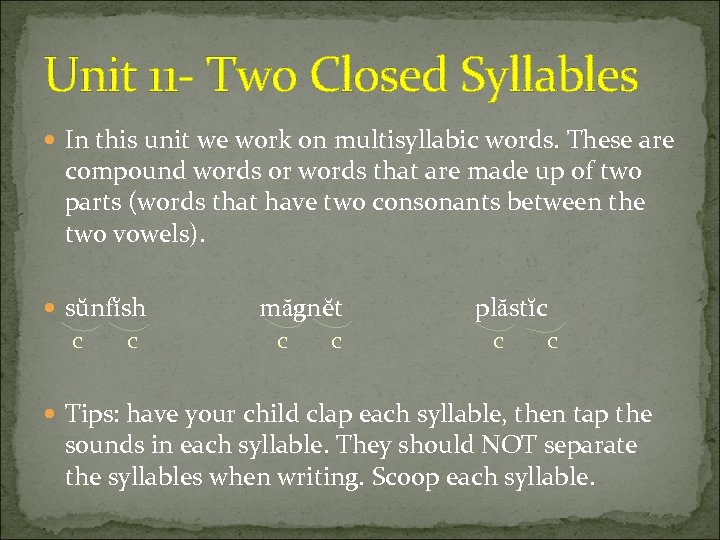 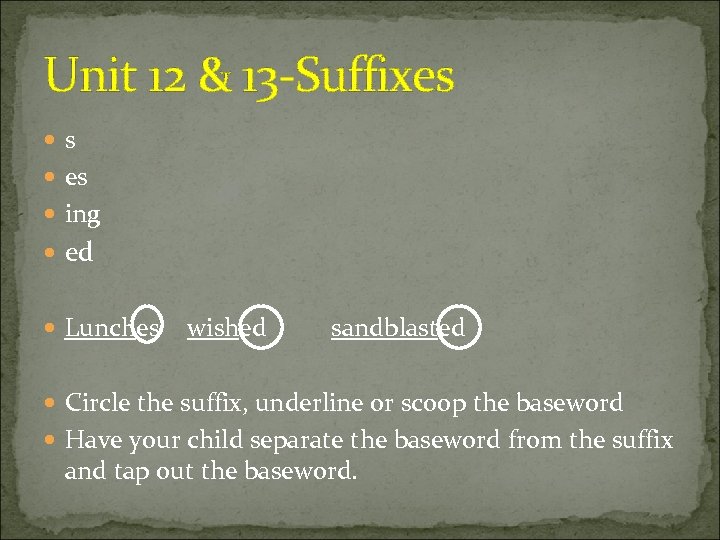 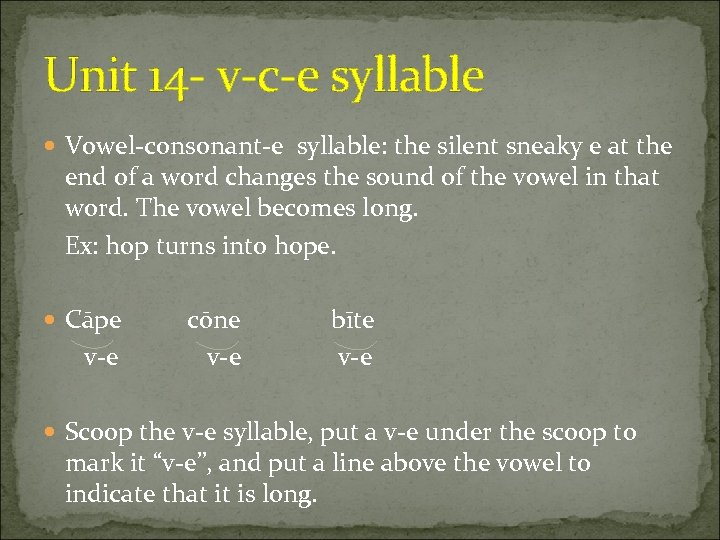 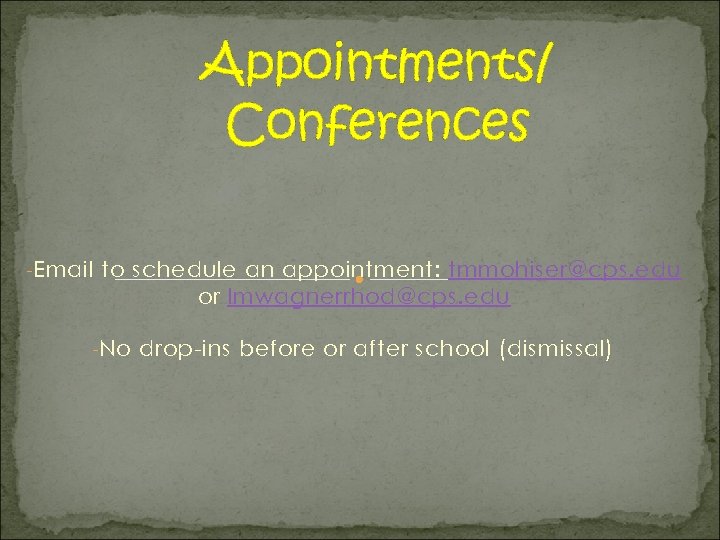 Fundations Overview: Wilson Fundations for K-3 is a phonological/phonemic awareness, phonics and spelling program for the general education classroom.

Trick Words: Do not follow the “system” of the language. These words will need to be memorized, NOT tapped/sounded out. Practice trick words by doing these steps: Trace the letters in the air (SKYWRITE) as you say the letter names. Next use your finger to write on a table. Pretend your finger is a marker. WRITE IT REALLY BIG!

Unit 9 - Closed Syllables A closed syllable ends in a consonant and only has one vowel. When a vowel is closed in at the end of a word, the vowel is short. Măth c shăck c We scoop the word, put a c under the scoop to indicate “closed” and a breve over the vowel to indicate that it is short.

Unit 10 - Closed Syllables with 5 sounds A closed syllable s that have five sounds typically have a blend at the beginning and at the end of the word. Slŭmp c plănts c With 5 sounds to tap it can be difficult to tap using fingers to thumb. If this is so with your child, switch from tapping a finger to the thumb to tapping each finger on the table.

Unit 11 - Two Closed Syllables In this unit we work on multisyllabic words. These are compound words or words that are made up of two parts (words that have two consonants between the two vowels). sŭnfĭsh c c măgnĕt plăstĭc c c Tips: have your child clap each syllable, then tap the sounds in each syllable. They should NOT separate the syllables when writing. Scoop each syllable.

Unit 12 & 13 -Suffixes s es ing ed Lunches wished sandblasted Circle the suffix, underline or scoop the baseword Have your child separate the baseword from the suffix and tap out the baseword.

Unit 14 - v-c-e syllable Vowel-consonant-e syllable: the silent sneaky e at the end of a word changes the sound of the vowel in that word. The vowel becomes long. Ex: hop turns into hope. Cāpe v-e cōne v-e bīte v-e Scoop the v-e syllable, put a v-e under the scoop to mark it “v-e”, and put a line above the vowel to indicate that it is long.