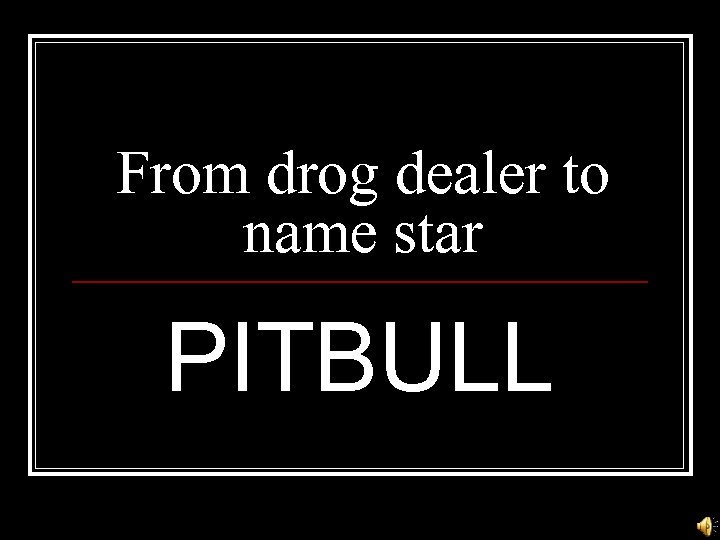 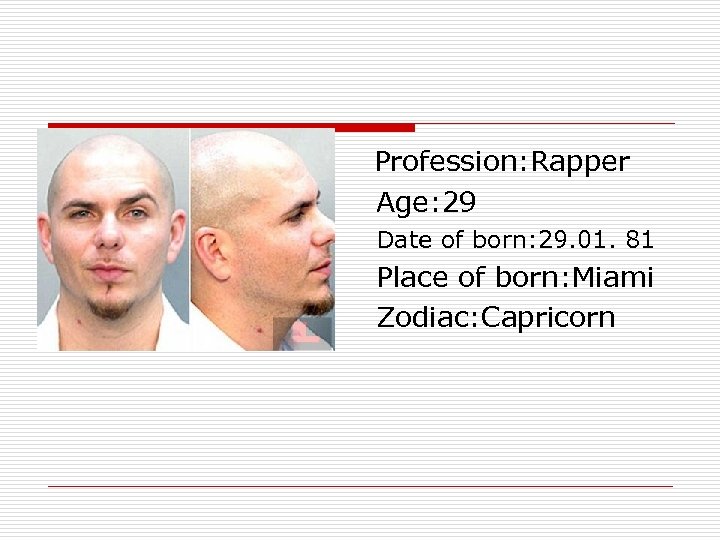 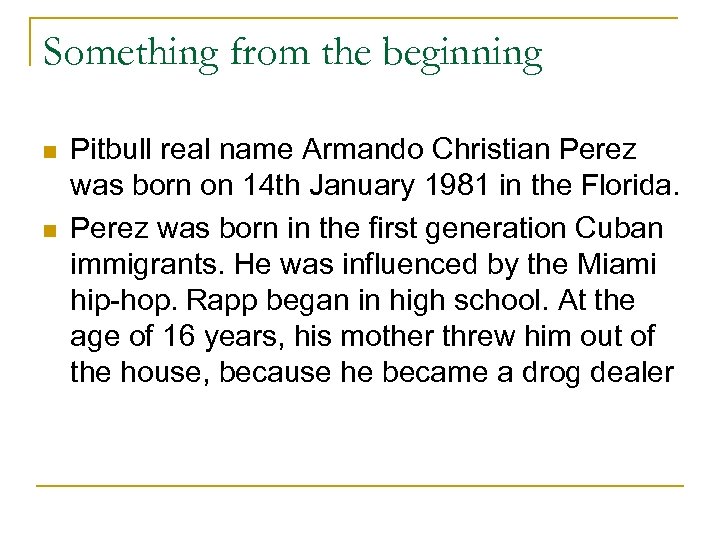 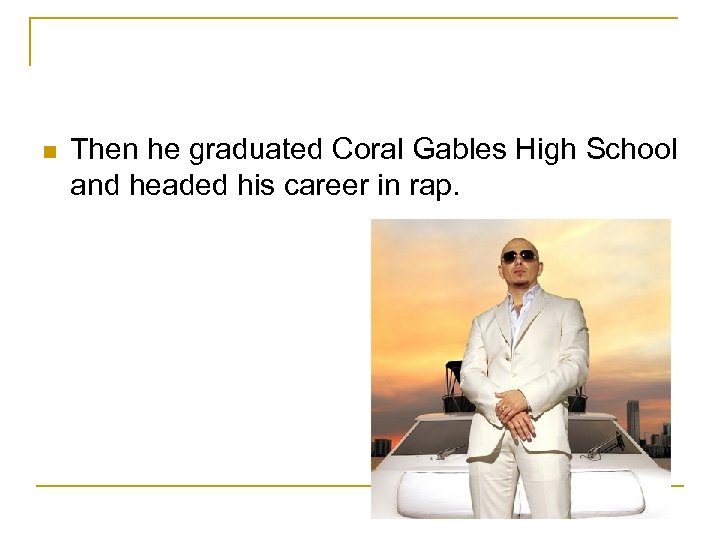 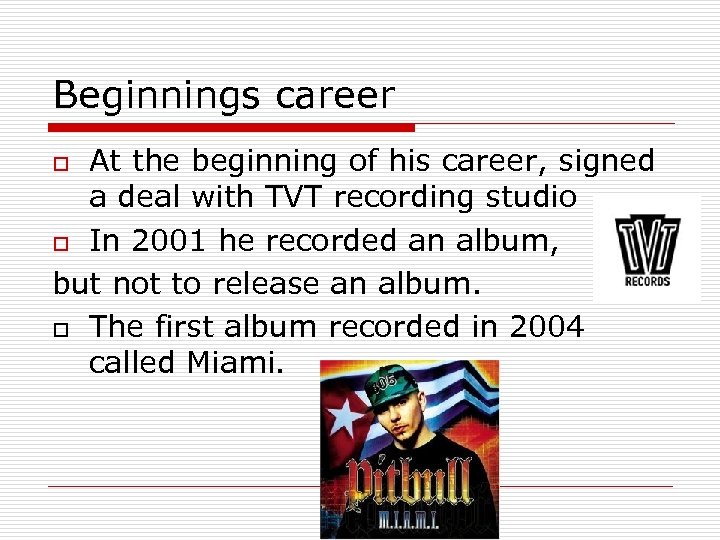 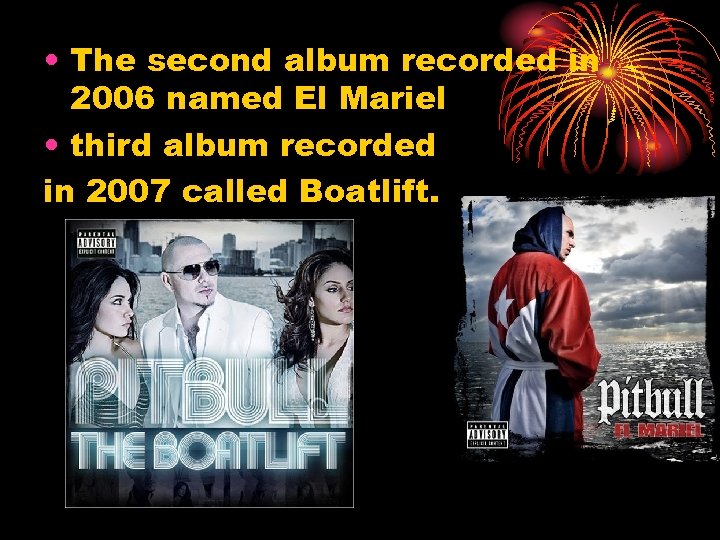 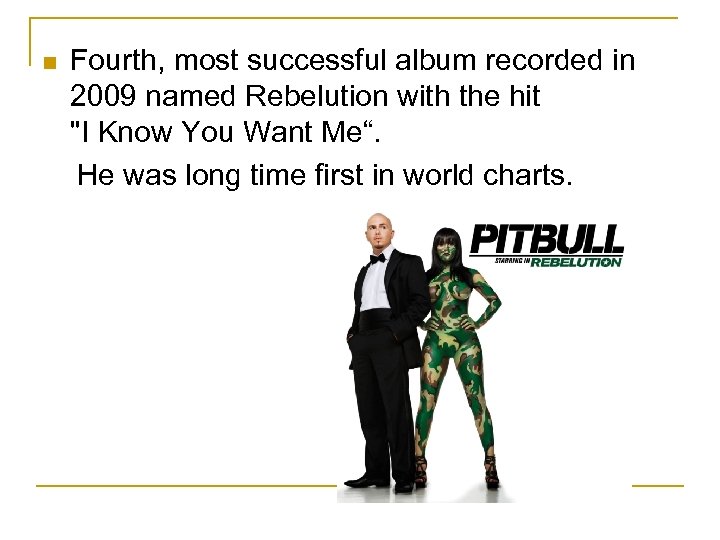 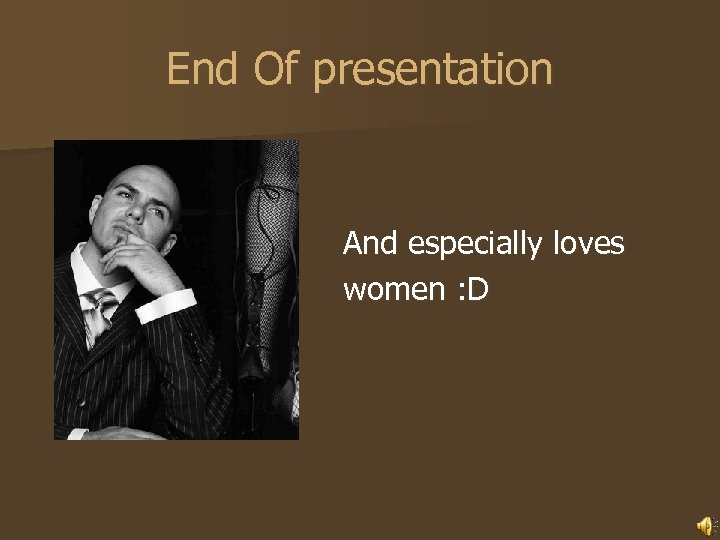 Something from the beginning n n Pitbull real name Armando Christian Perez was born on 14 th January 1981 in the Florida. Perez was born in the first generation Cuban immigrants. He was influenced by the Miami hip-hop. Rapp began in high school. At the age of 16 years, his mother threw him out of the house, because he became a drog dealer

n Then he graduated Coral Gables High School and headed his career in rap.

Beginnings career At the beginning of his career, signed a deal with TVT recording studio o In 2001 he recorded an album, but not to release an album. o The first album recorded in 2004 called Miami. o

Fourth, most successful album recorded in 2009 named Rebelution with the hit "I Know You Want Me“. He was long time first in world charts. n