From Bill to Law How are laws made 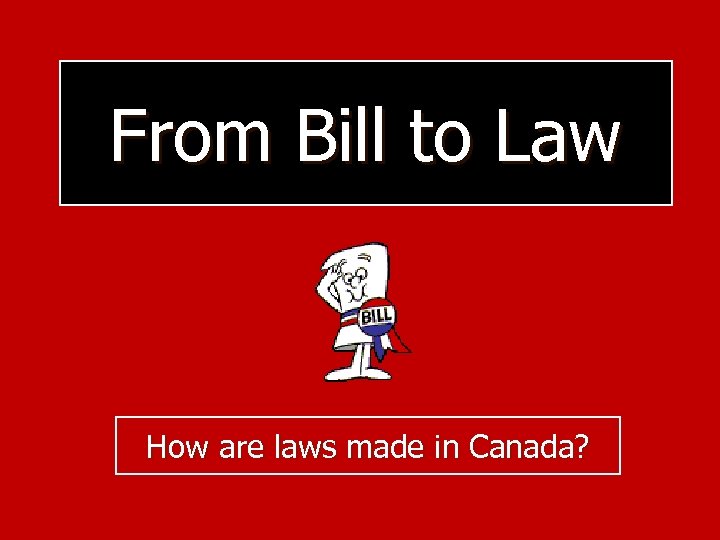 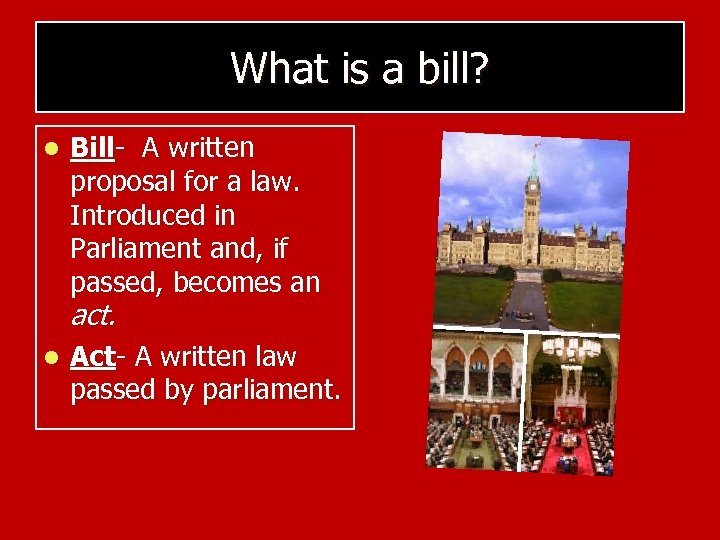 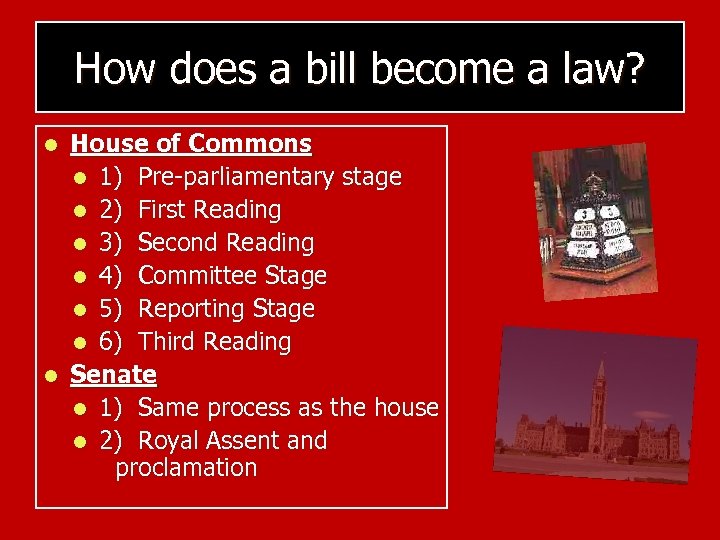 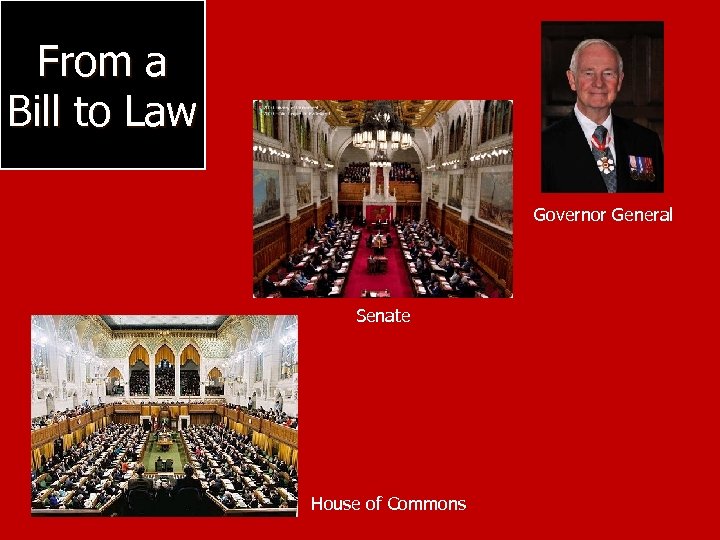 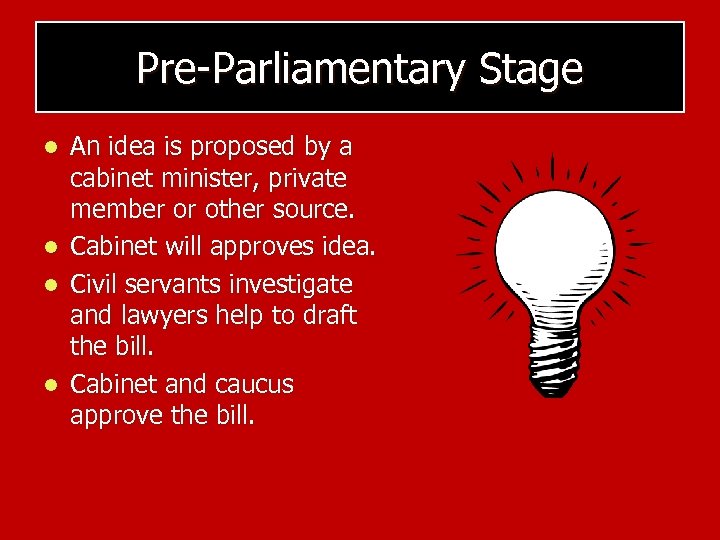 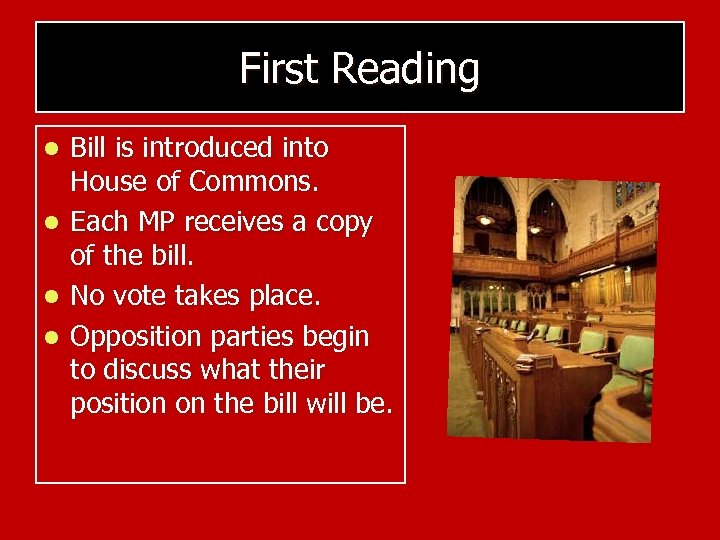 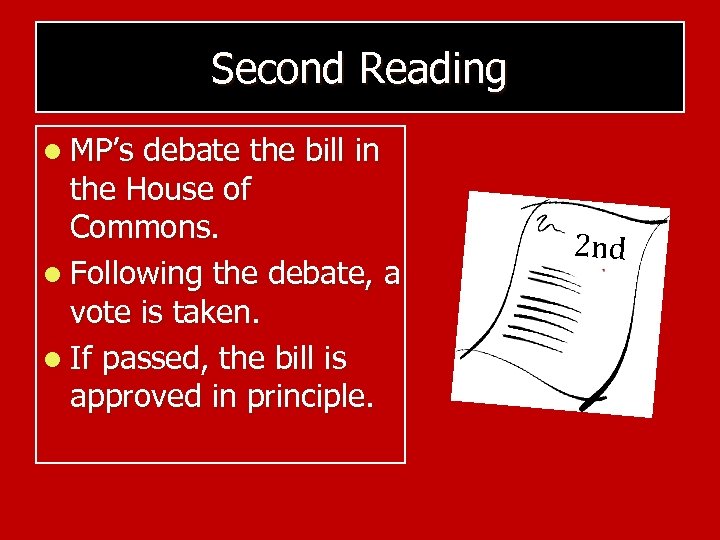 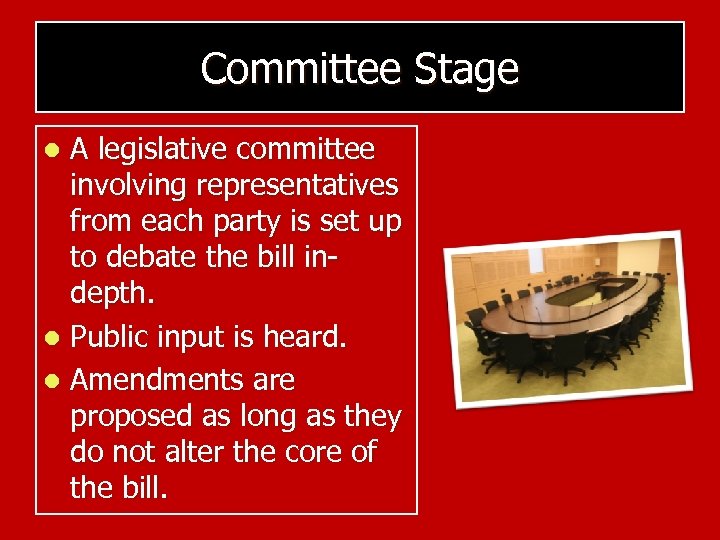 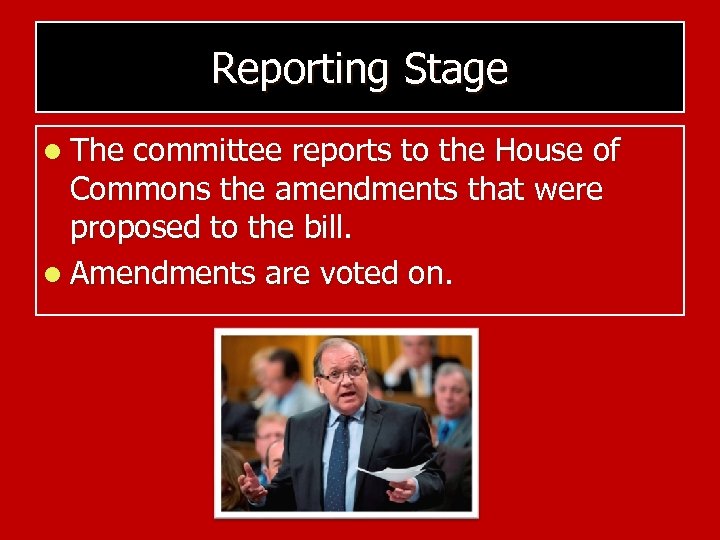 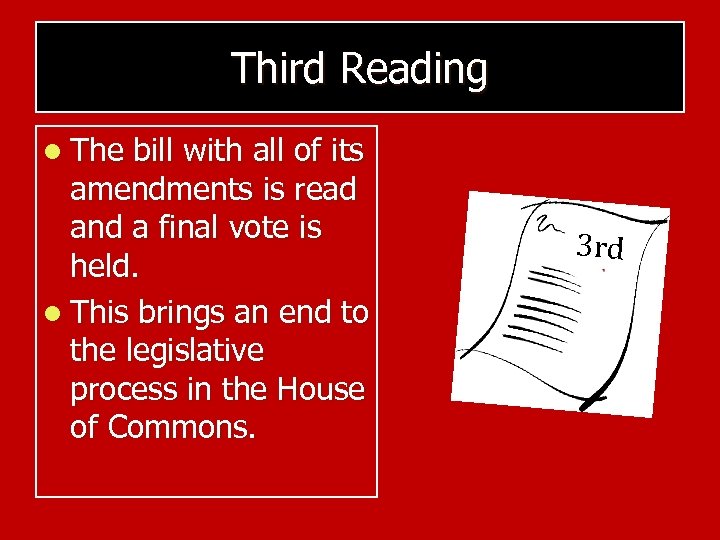 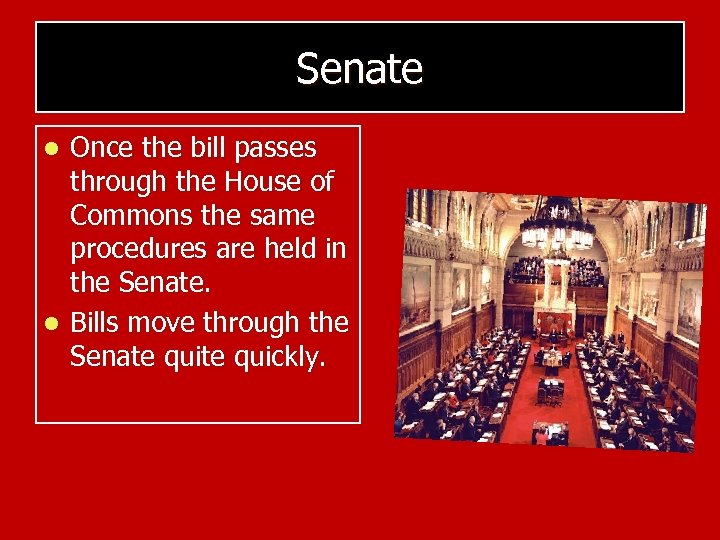 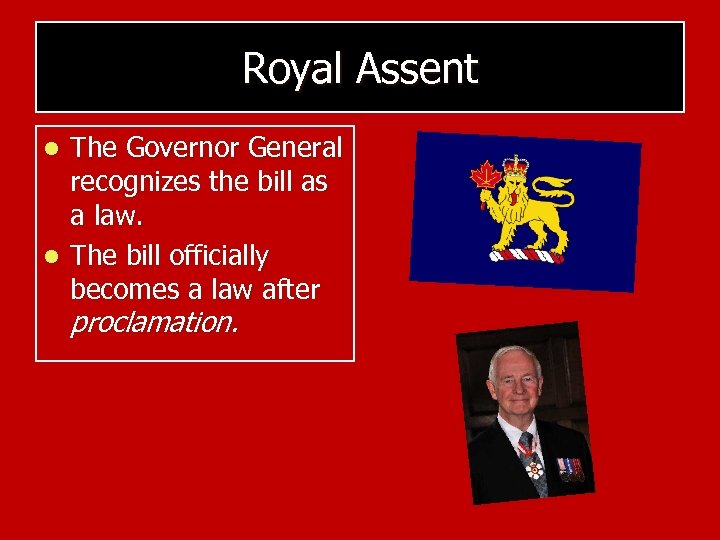 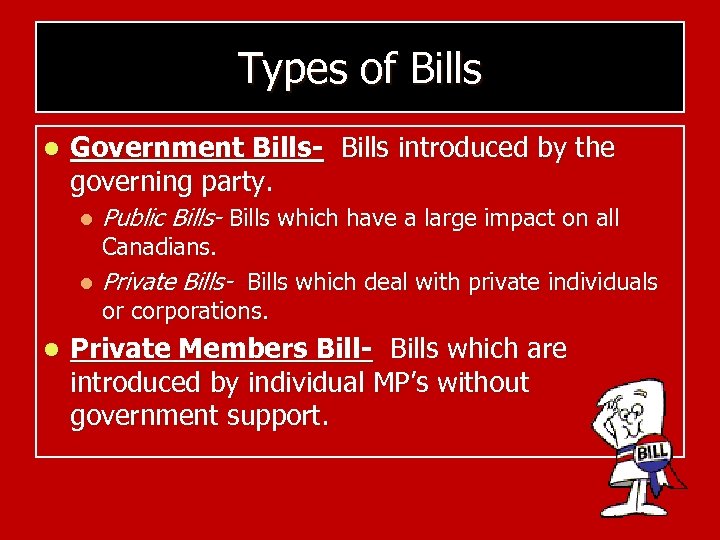 Скачать презентацию From Bill to Law How are laws made

From Bill to Law How are laws made in Canada?

What is a bill? l Bill- A written proposal for a law. Introduced in Parliament and, if passed, becomes an act. l Act- A written law passed by parliament.

From a Bill to Law Governor General Senate House of Commons

Pre-Parliamentary Stage l l An idea is proposed by a cabinet minister, private member or other source. Cabinet will approves idea. Civil servants investigate and lawyers help to draft the bill. Cabinet and caucus approve the bill.

First Reading l l Bill is introduced into House of Commons. Each MP receives a copy of the bill. No vote takes place. Opposition parties begin to discuss what their position on the bill will be.

Second Reading l MP’s debate the bill in the House of Commons. l Following the debate, a vote is taken. l If passed, the bill is approved in principle. 2 nd

Committee Stage A legislative committee involving representatives from each party is set up to debate the bill indepth. l Public input is heard. l Amendments are proposed as long as they do not alter the core of the bill. l

Reporting Stage l The committee reports to the House of Commons the amendments that were proposed to the bill. l Amendments are voted on.

Third Reading l The bill with all of its amendments is read and a final vote is held. l This brings an end to the legislative process in the House of Commons. 3 rd

Senate Once the bill passes through the House of Commons the same procedures are held in the Senate. l Bills move through the Senate quickly. l

Royal Assent The Governor General recognizes the bill as a law. l The bill officially becomes a law after l proclamation.