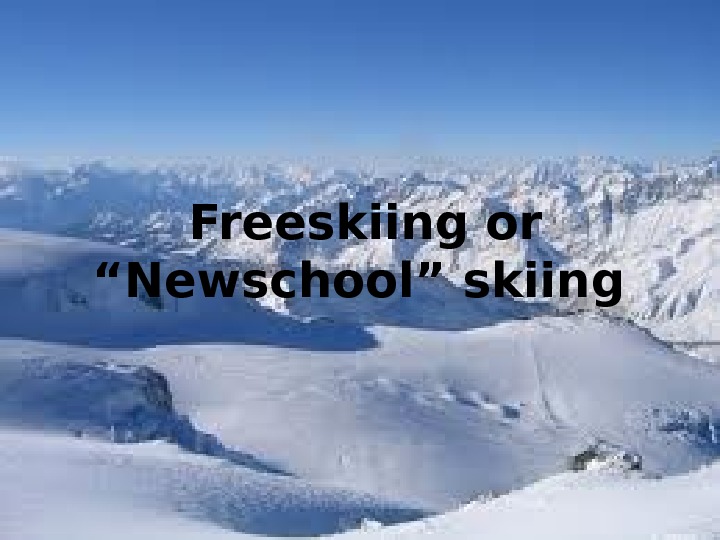 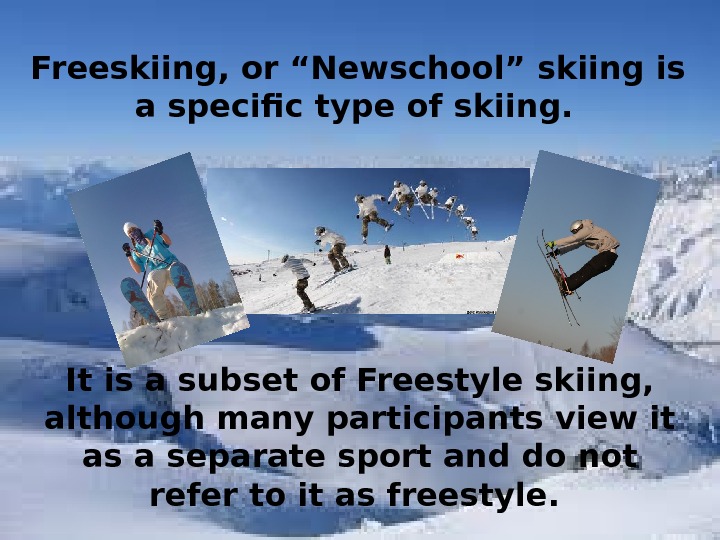 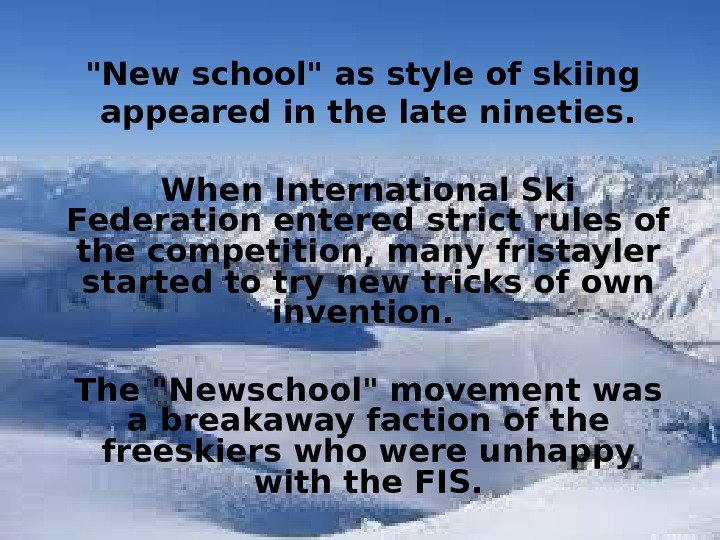 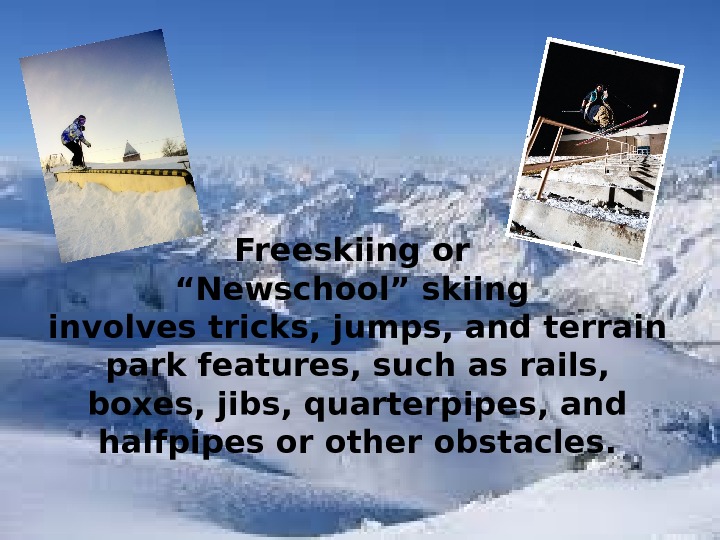 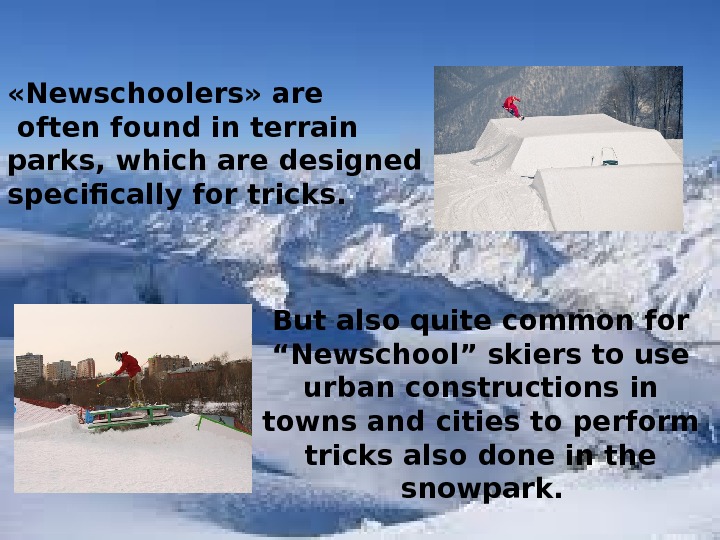 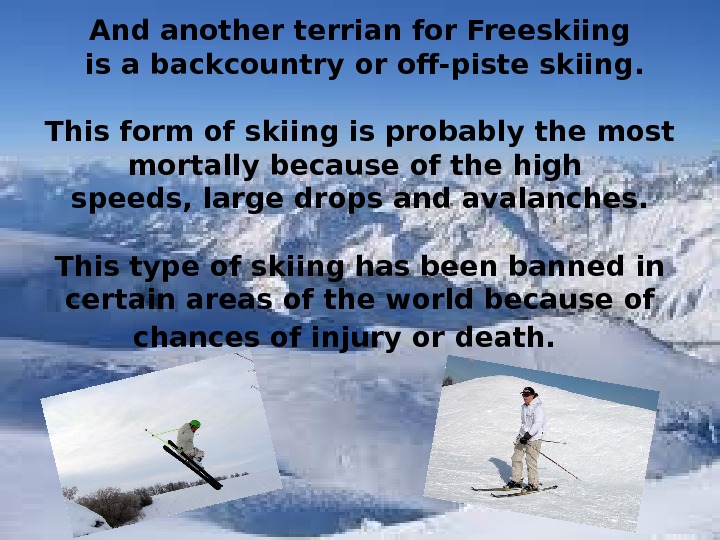 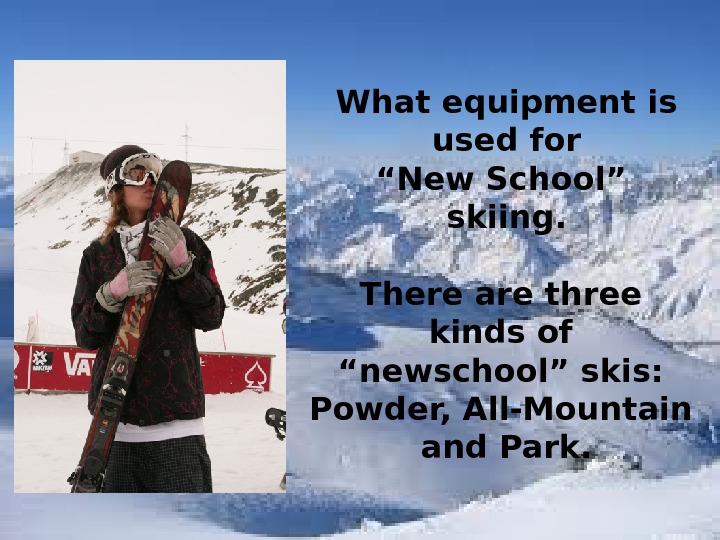 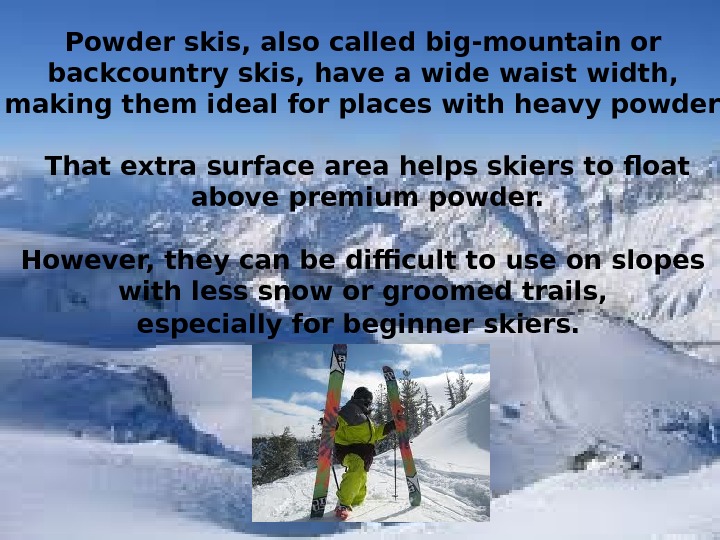 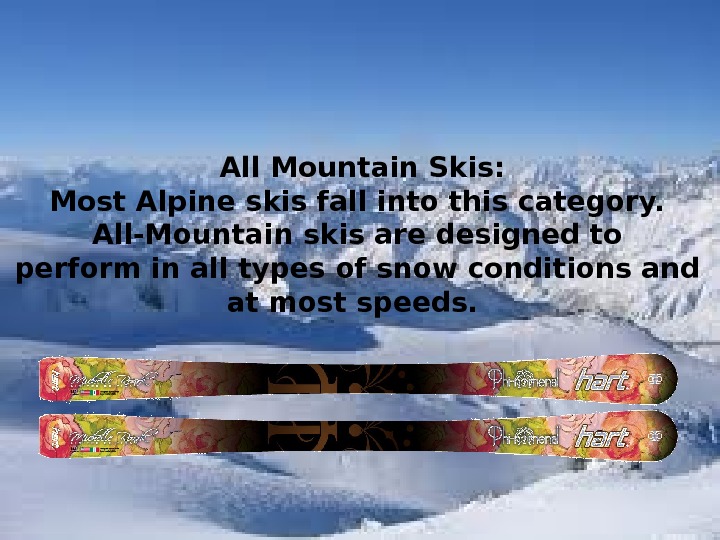 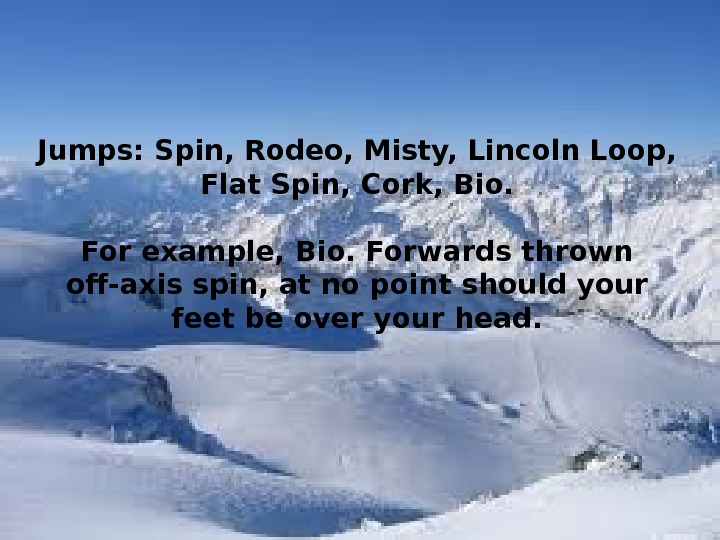 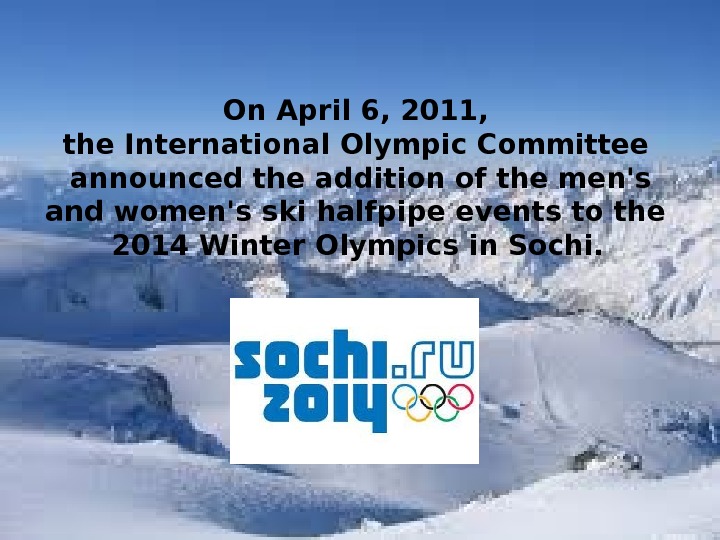 Freeskiing, or “Newschool” skiing is a specific type of skiing. It is a subset of Freestyle skiing, although many participants view it as a separate sport and do not refer to it as freestyle.

«New school» as style of skiing appeared in the late nineties. When International Ski Federation entered strict rules of the competition, many fristayler started to try new tricks of own invention. The «Newschool» movement was a breakaway faction of the freeskiers who were unhappy with the FIS.

Freeskiing or “Newschool” skiing involves tricks, jumps, and terrain park features, such as rails, boxes, jibs, quarterpipes, and halfpipes or other obstacles.

But also quite common for “ Newschool” skiers to use urban constructions in towns and cities to perform tricks also done in the snowpark. «Newschoolers» are often found in terrain parks, which are designed specifically for tricks.

And another terrian for Freeskiing is a backcountry or off-piste skiing. This form of skiing is probably the most mortally because of the high speeds, large drops and avalanches. This type of skiing has been banned in certain areas of the world because of chances of injury or death.

What equipment is used for “ New School” skiing. There are three kinds of “ newschool” skis: Powder, All-Mountain and Park.

Powder skis , also called big — mountain or backcountry skis , have a wide waist width , making them ideal for places with heavy powder. That extra surface area helps skiers to float above premium powder. However, they can be difficult to use on slopes with less snow or groomed trails, especially for beginner skiers.

А ll Mountain Skis : Most Alpine skis fall into this category. All-Mountain skis are designed to perform in all types of snow conditions and at most speeds.

Park skis are often designed with a more symmetrical shape to make switch (backwards) skiing much easier and reinforced edges to withstand rails.

Some terms of Newschool skiing. Rail Tricks: Spin on, Spin out, Switch up, K-Fed, Britney, Disaster, 50/50. For example, spin on. When a skier spins around before landing on a rail, generally done in increments of 180 degrees starting at 270.

On April 6, 2011, the International Olympic Committee announced the addition of the men’s and women’s ski halfpipe events to the 2014 Winter Olympics in Sochi.