Food Versus Liquor The India of 2010 Euro 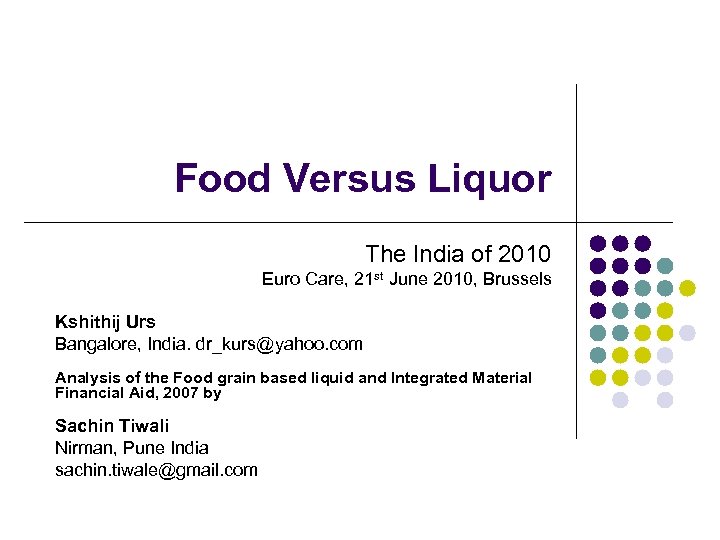 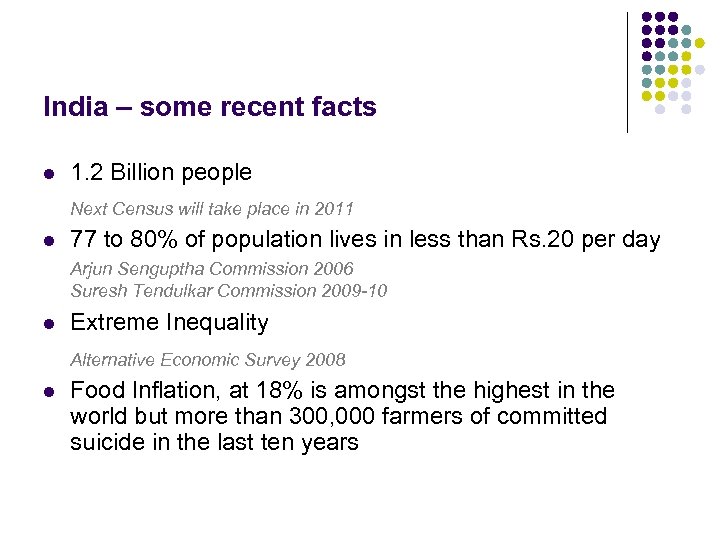 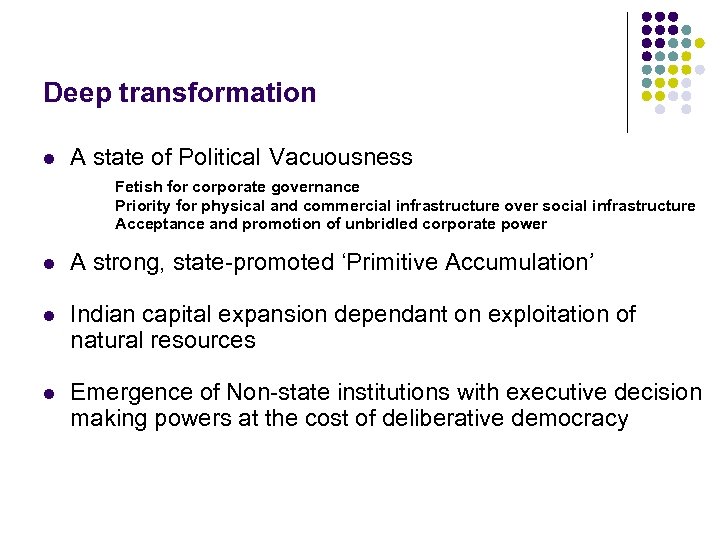 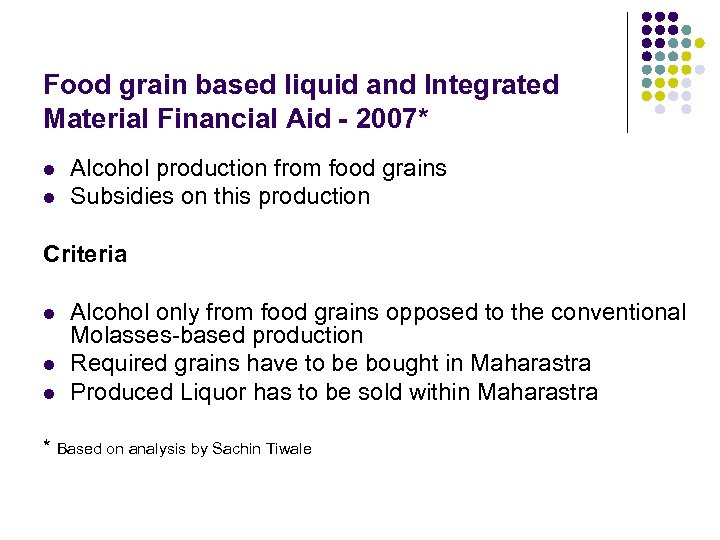 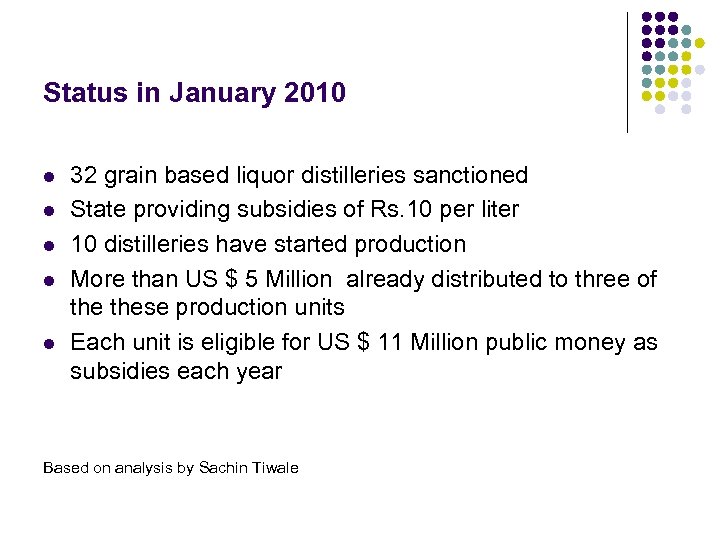 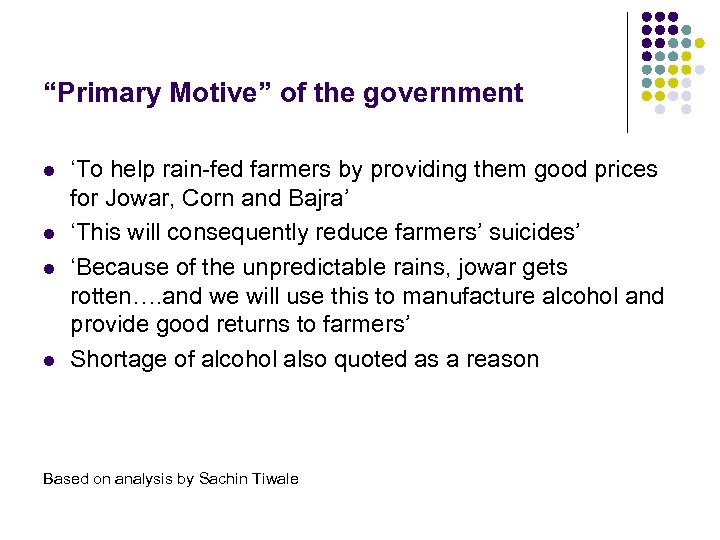 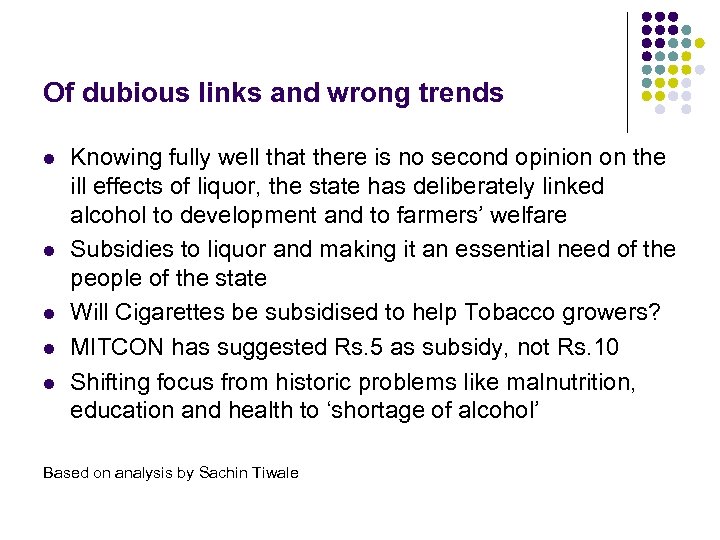 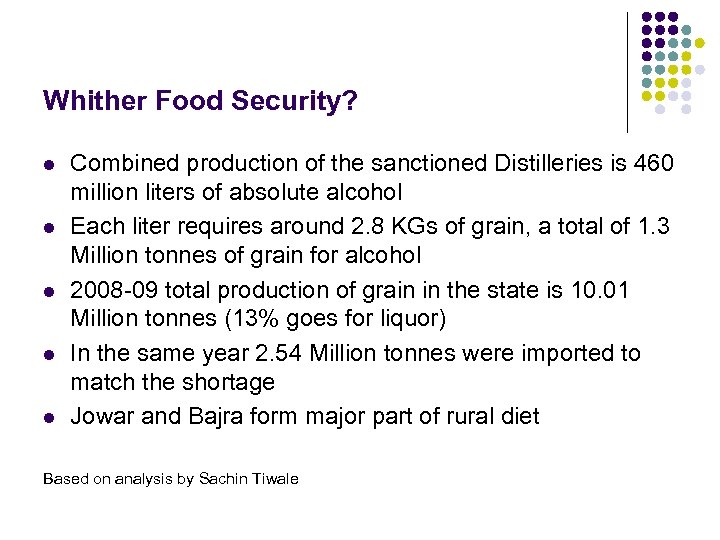 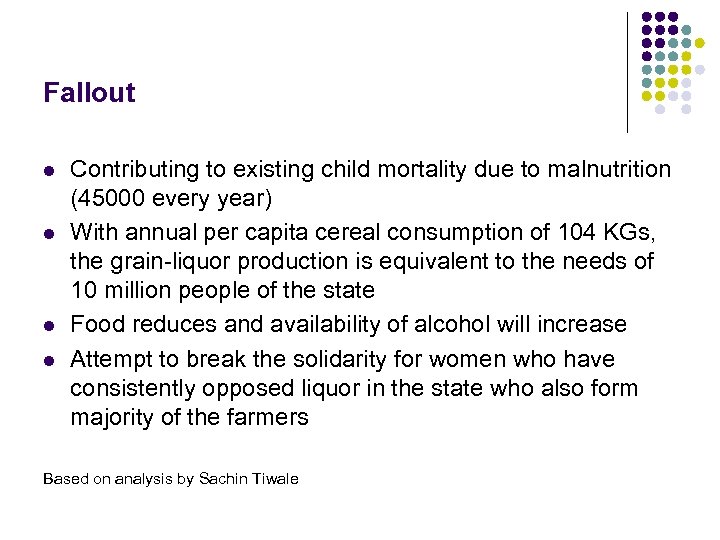 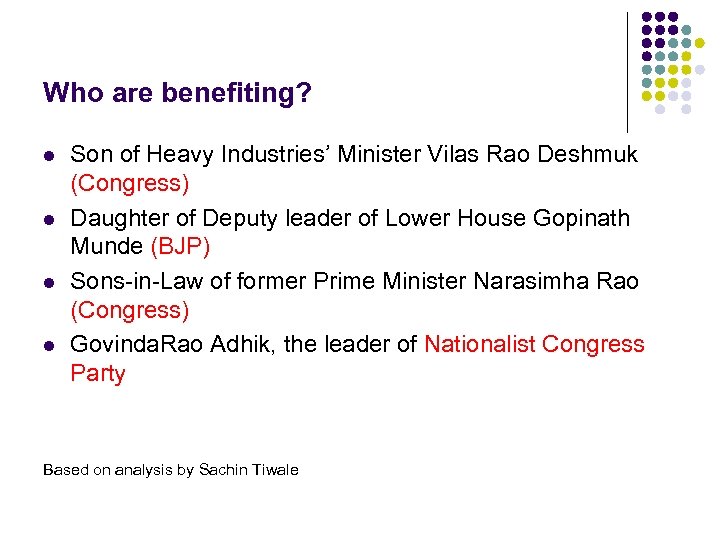 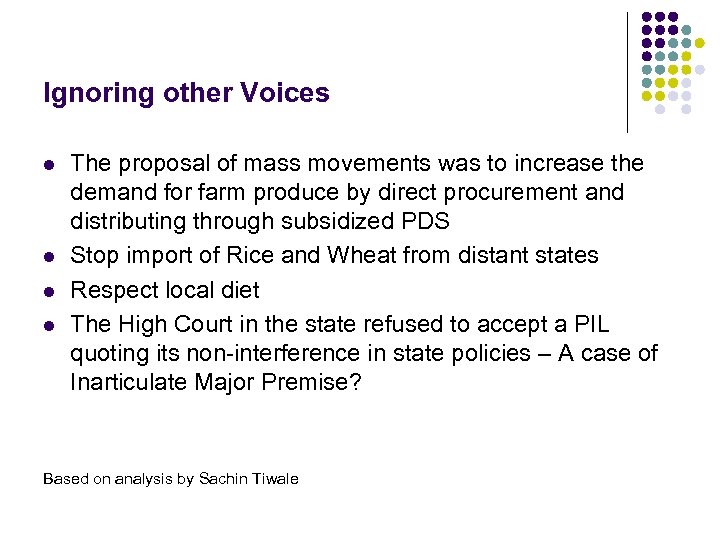 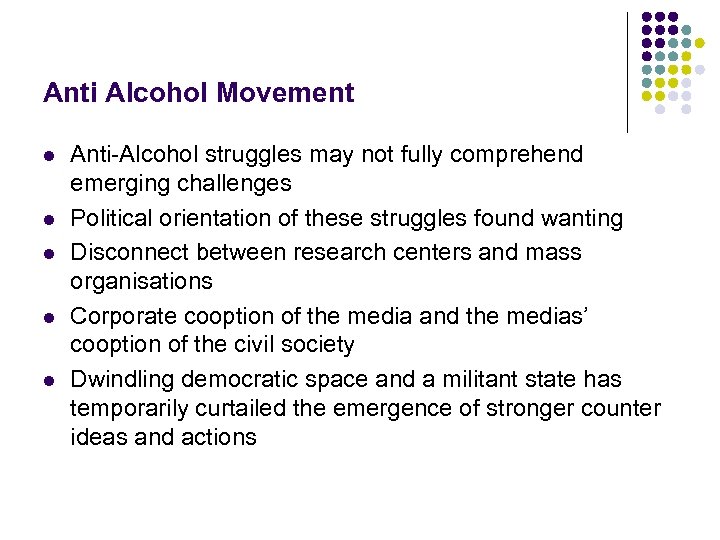 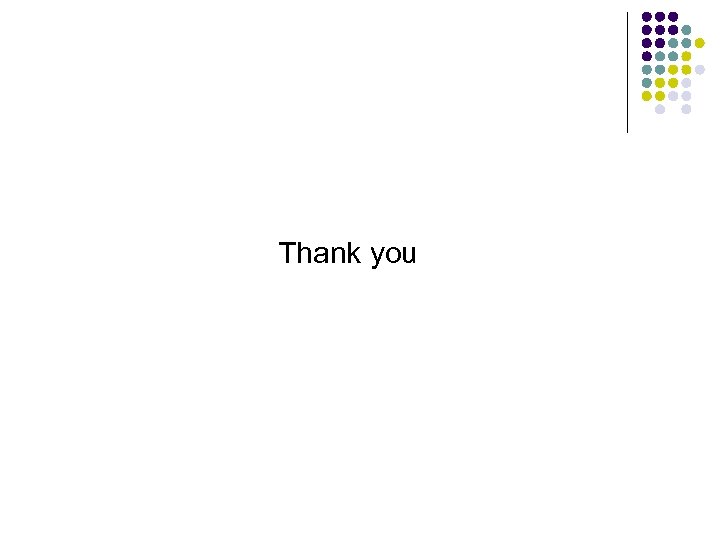 Скачать презентацию Food Versus Liquor The India of 2010 Euro

India – some recent facts l 1. 2 Billion people Next Census will take place in 2011 l 77 to 80% of population lives in less than Rs. 20 per day Arjun Senguptha Commission 2006 Suresh Tendulkar Commission 2009 -10 l Extreme Inequality Alternative Economic Survey 2008 l Food Inflation, at 18% is amongst the highest in the world but more than 300, 000 farmers of committed suicide in the last ten years

Status in January 2010 l l l 32 grain based liquor distilleries sanctioned State providing subsidies of Rs. 10 per liter 10 distilleries have started production More than US $ 5 Million already distributed to three of these production units Each unit is eligible for US $ 11 Million public money as subsidies each year Based on analysis by Sachin Tiwale

“Primary Motive” of the government l l ‘To help rain-fed farmers by providing them good prices for Jowar, Corn and Bajra’ ‘This will consequently reduce farmers’ suicides’ ‘Because of the unpredictable rains, jowar gets rotten…. and we will use this to manufacture alcohol and provide good returns to farmers’ Shortage of alcohol also quoted as a reason Based on analysis by Sachin Tiwale

Of dubious links and wrong trends l l l Knowing fully well that there is no second opinion on the ill effects of liquor, the state has deliberately linked alcohol to development and to farmers’ welfare Subsidies to liquor and making it an essential need of the people of the state Will Cigarettes be subsidised to help Tobacco growers? MITCON has suggested Rs. 5 as subsidy, not Rs. 10 Shifting focus from historic problems like malnutrition, education and health to ‘shortage of alcohol’ Based on analysis by Sachin Tiwale

Whither Food Security? l l l Combined production of the sanctioned Distilleries is 460 million liters of absolute alcohol Each liter requires around 2. 8 KGs of grain, a total of 1. 3 Million tonnes of grain for alcohol 2008 -09 total production of grain in the state is 10. 01 Million tonnes (13% goes for liquor) In the same year 2. 54 Million tonnes were imported to match the shortage Jowar and Bajra form major part of rural diet Based on analysis by Sachin Tiwale

Fallout l l Contributing to existing child mortality due to malnutrition (45000 every year) With annual per capita cereal consumption of 104 KGs, the grain-liquor production is equivalent to the needs of 10 million people of the state Food reduces and availability of alcohol will increase Attempt to break the solidarity for women who have consistently opposed liquor in the state who also form majority of the farmers Based on analysis by Sachin Tiwale

Ignoring other Voices l l The proposal of mass movements was to increase the demand for farm produce by direct procurement and distributing through subsidized PDS Stop import of Rice and Wheat from distant states Respect local diet The High Court in the state refused to accept a PIL quoting its non-interference in state policies – A case of Inarticulate Major Premise? Based on analysis by Sachin Tiwale