Fires can be furious and deadly Every year 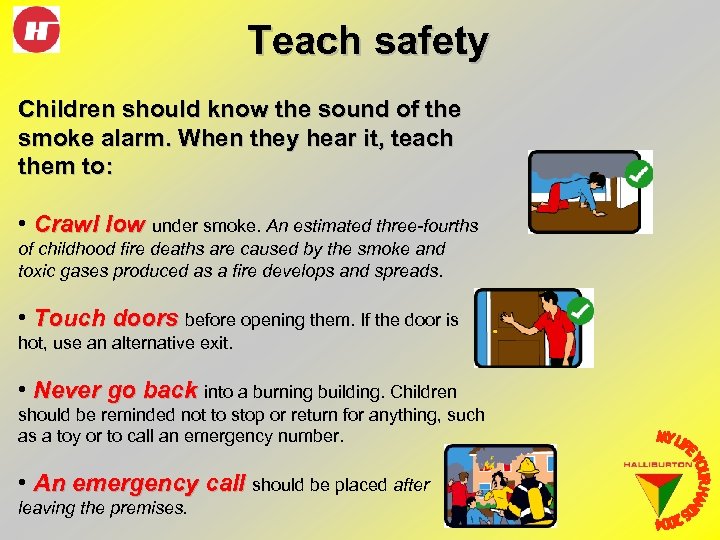 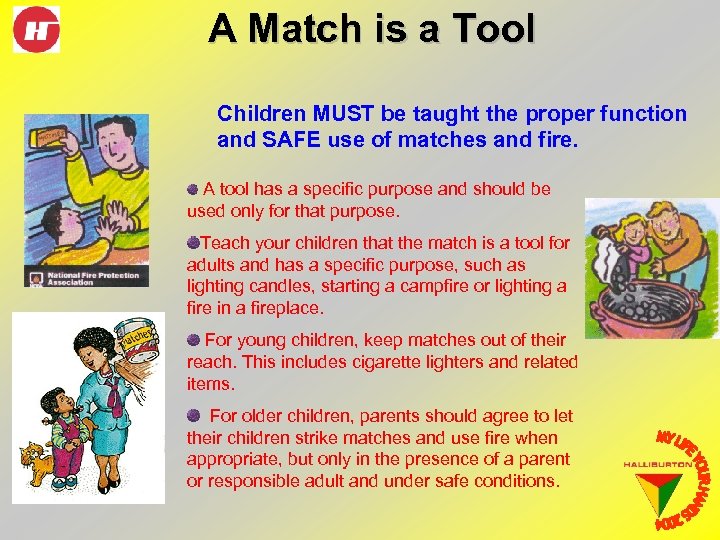 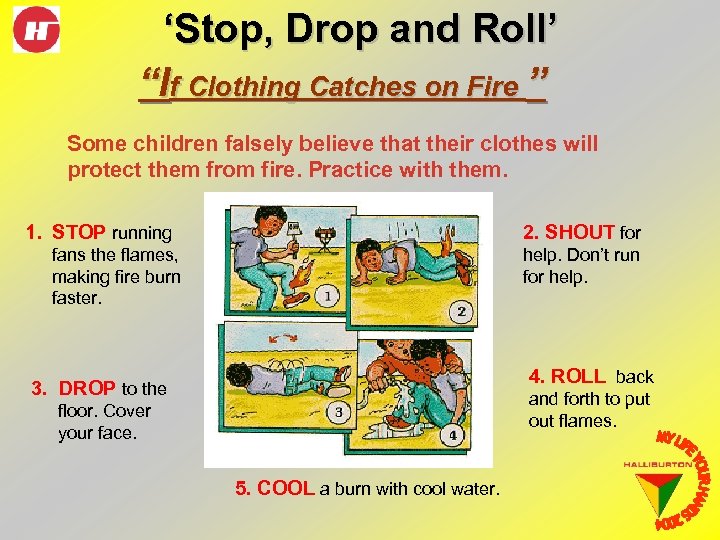 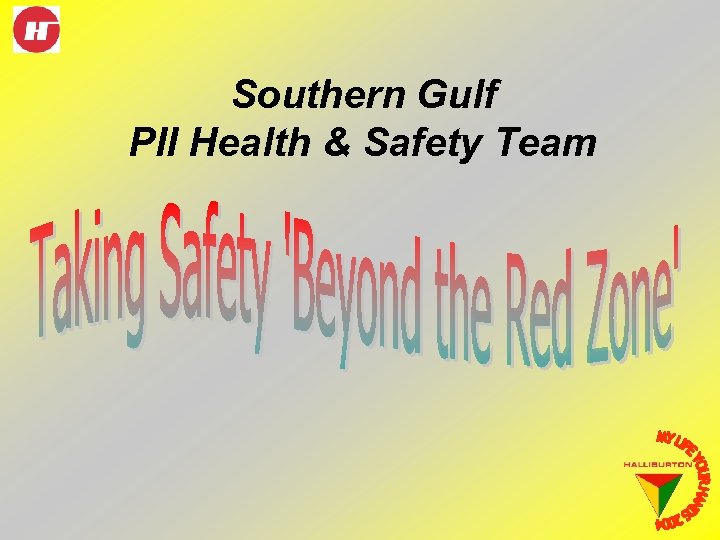 Скачать презентацию Fires can be furious and deadly Every year

Fires can be furious and deadly. Every year, thousands of children die in home fires started by children who were using or playing with matches or lighters. But there are time-tested ways to prevent fire-related injuries.

Protecting Your Family Smoke Alarms Simply installing smoke alarms on every level of your home and in every sleeping area, for instance, cuts the chances of dying in a home fire in half. Preparation and education are key elements of preventing fire tragedies. • Smoke alarms - Consider installing both ionization alarms, which are better at sensing flaming fires, and photoelectric alarms, which are better at sensing slow, smoky fires. • Test smoke alarms monthly. Maintain alarms by replacing batteries at least once a year, and replace alarms every 10 years or as per Manufacturer’s instructions.

Escape Routes Planning and practicing a fire escape route with your family, and talking to your children about what to expect in a fire, are simple steps anyone can take. A prepared child is more likely to escape unharmed. • Plan and practice two escape routes out of each room of the house. It is important to have an alternate escape route in case one is blocked by fire. • Fire drills should be practiced spontaneously both during the day and at night. More than 50 percent of fire deaths in the home occur between 9 p. m. and 6 a. m. • Keep furniture and other heavy objects out of the way of doors and windows, so they won’t block an escape. • Designate an outside meeting place, so all members of outside meeting place the family can be accounted for quickly.

Teach safety Children should know the sound of the smoke alarm. When they hear it, teach them to: • Crawl low under smoke. An estimated three-fourths of childhood fire deaths are caused by the smoke and toxic gases produced as a fire develops and spreads. • Touch doors before opening them. If the door is hot, use an alternative exit. • Never go back into a burning building. Children should be reminded not to stop or return for anything, such as a toy or to call an emergency number. • An emergency call should be placed after leaving the premises.

A Match is a Tool Children MUST be taught the proper function and SAFE use of matches and fire. A tool has a specific purpose and should be used only for that purpose. Teach your children that the match is a tool for adults and has a specific purpose, such as lighting candles, starting a campfire or lighting a fire in a fireplace. For young children, keep matches out of their reach. This includes cigarette lighters and related items. For older children, parents should agree to let their children strike matches and use fire when appropriate, but only in the presence of a parent or responsible adult and under safe conditions.

‘Stop, Drop and Roll’ “If Clothing Catches on Fire ” Some children falsely believe that their clothes will protect them from fire. Practice with them. 1. STOP running 2. SHOUT for fans the flames, making fire burn faster. help. Don’t run for help. 4. ROLL back 3. DROP to the and forth to put out flames. floor. Cover your face. 5. COOL a burn with cool water.

Protecting Your Family JUST REMEMBER… Fires started by matches and lighters claim thousands of lives each year. Most of those deaths could be prevented by 1. Storing matches, lighters out of children’s reach. 2. Installing smoke alarms in every level of your house. 3. Planning and practicing escape routes and don’t block exit ways. 4. keeping flammable items such as clothing, furniture, newspapers or magazines away from the fireplace, heater or radiator. You as a parent / guardian must set a good example in your use of fire. If you follow safe practices, your children will do the same