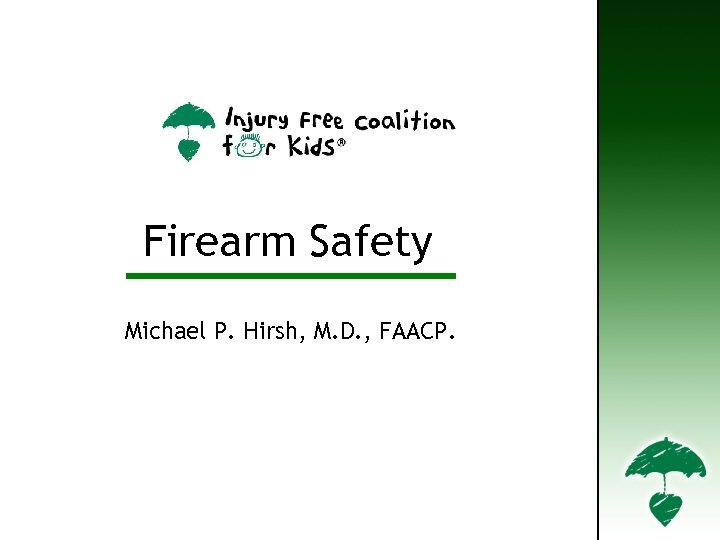 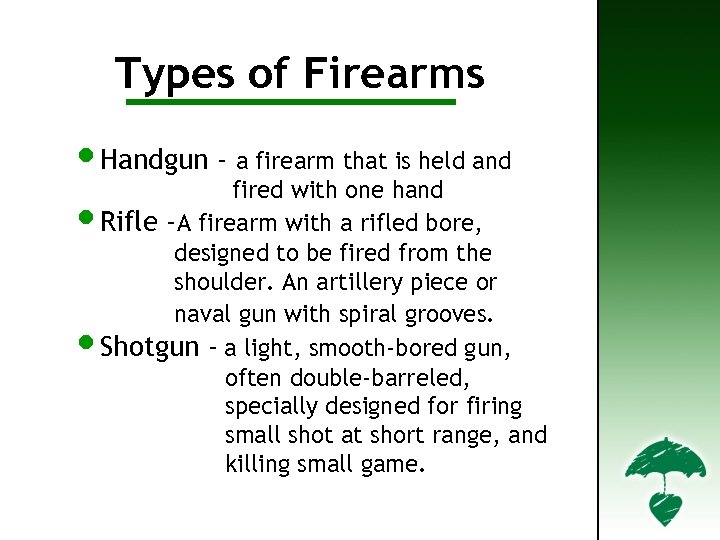 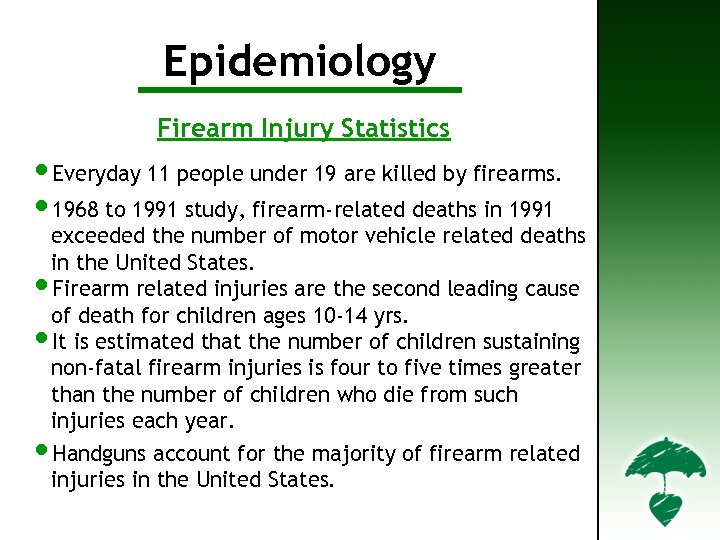 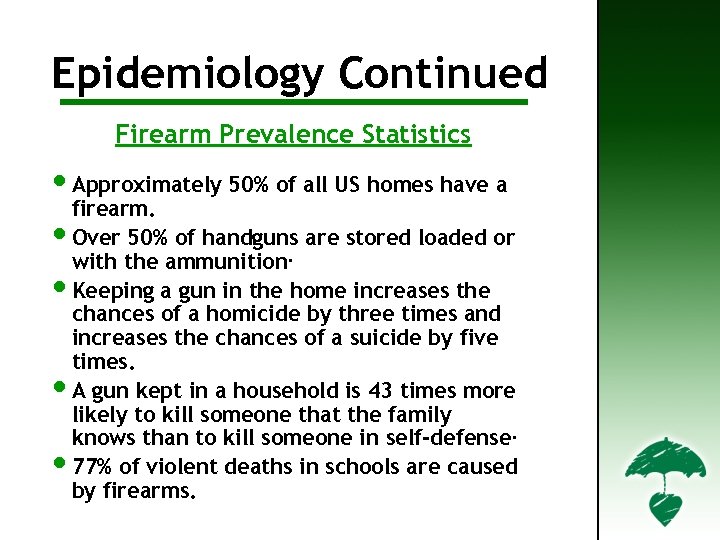 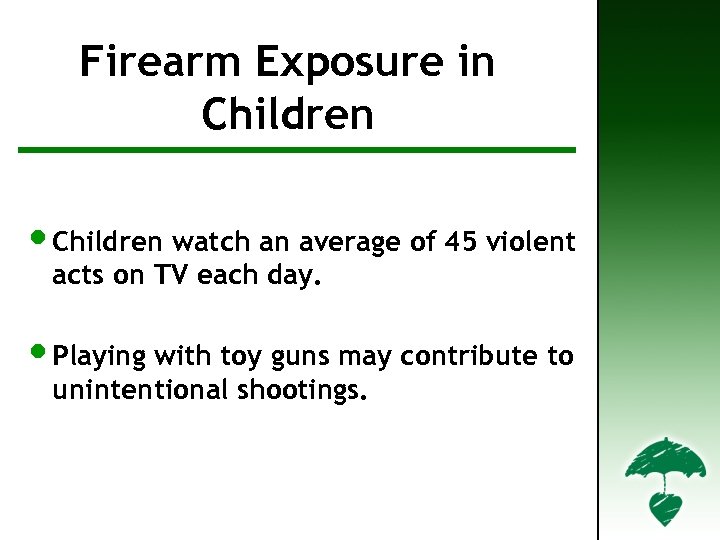 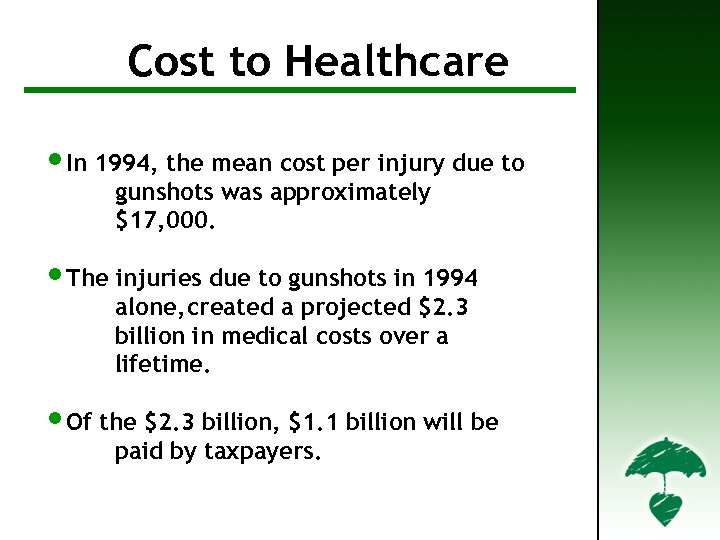 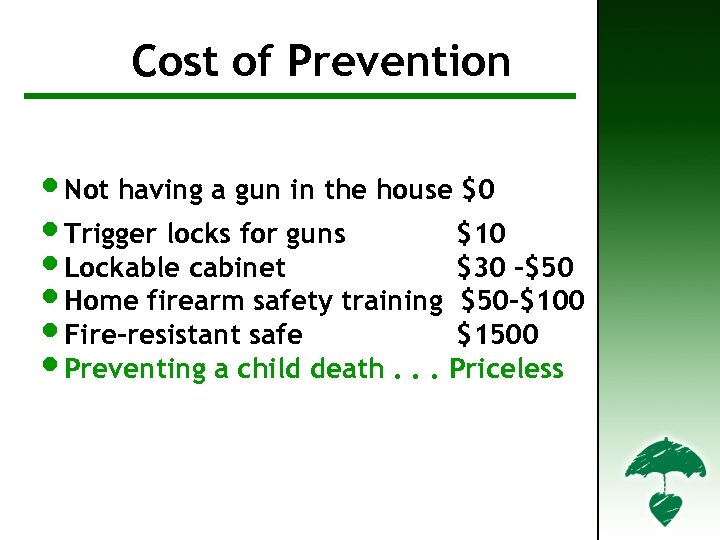 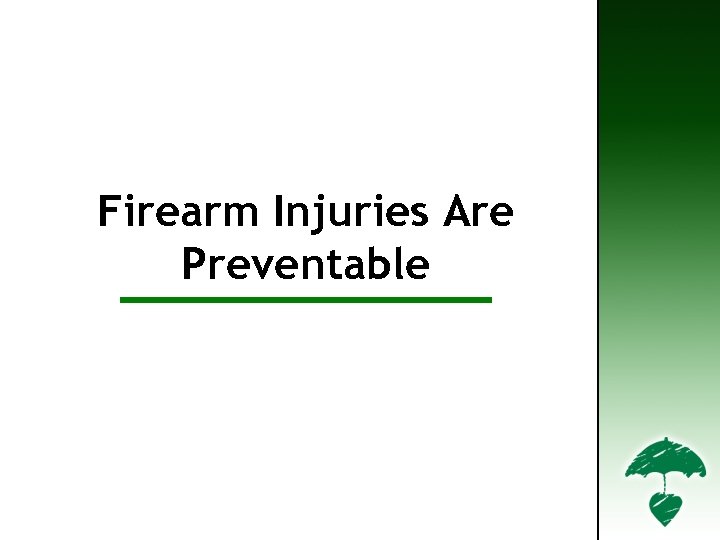 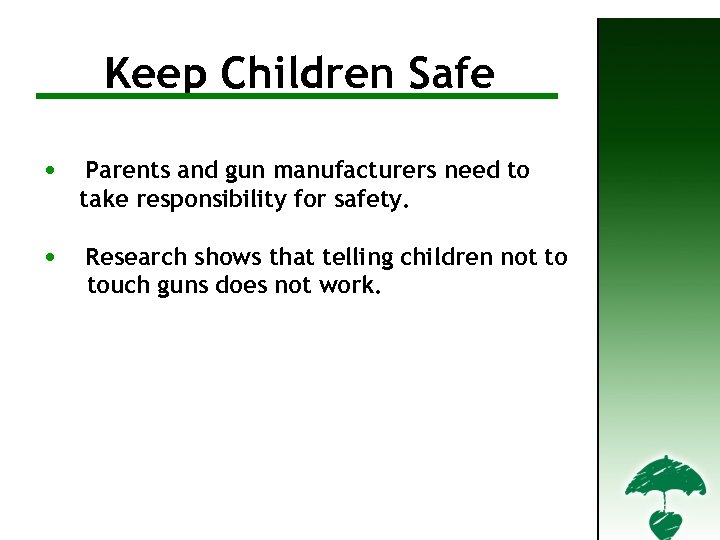 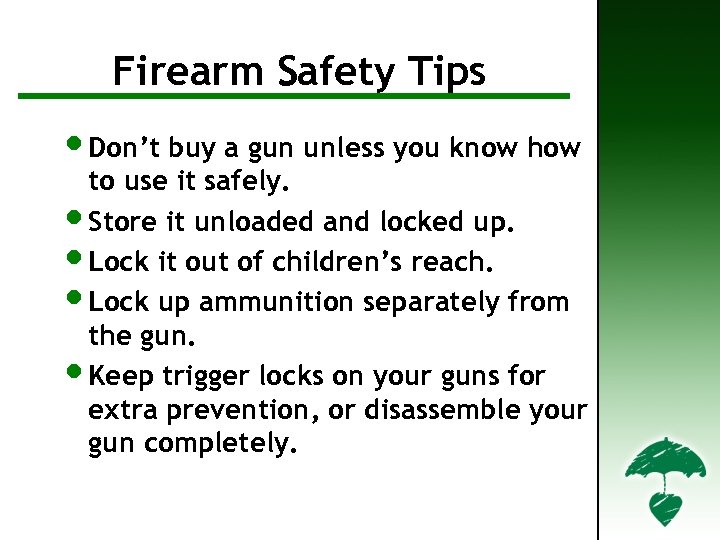 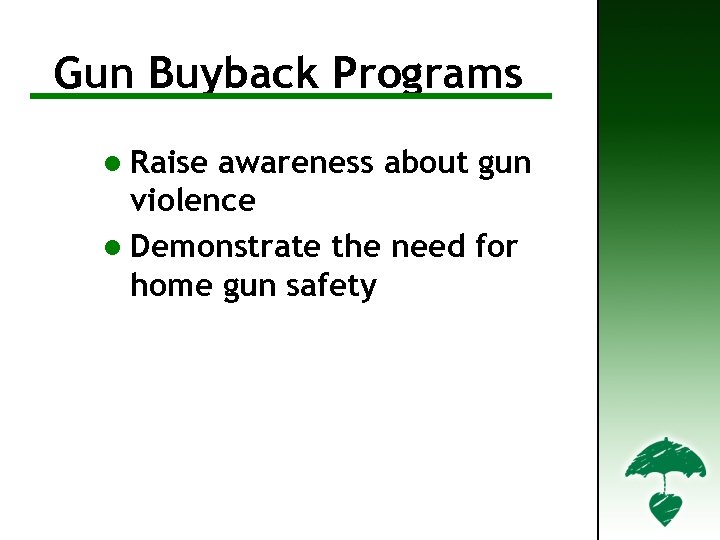 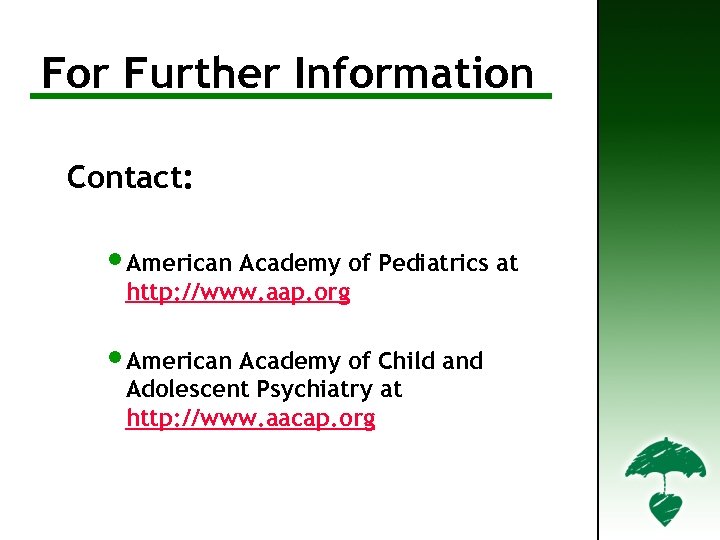 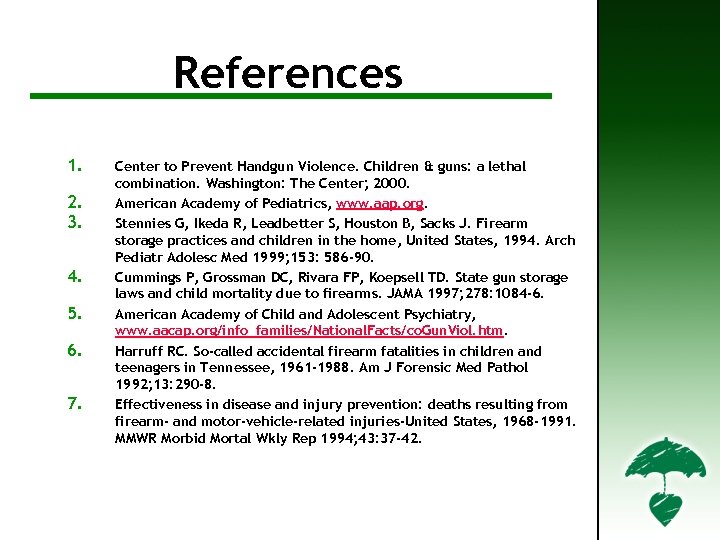 Types of Firearms • Handgun - a firearm that is held and fired with one hand • Rifle -A firearm with a rifled bore, • designed to be fired from the shoulder. An artillery piece or naval gun with spiral grooves. Shotgun - a light, smooth-bored gun, often double-barreled, specially designed for firing small shot at short range, and killing small game.

Epidemiology Firearm Injury Statistics • Everyday 11 people under 19 are killed by firearms. • 1968 to 1991 study, firearm-related deaths in 1991 exceeded the number of motor vehicle related deaths in the United States. Firearm related injuries are the second leading cause of death for children ages 10 -14 yrs. It is estimated that the number of children sustaining non-fatal firearm injuries is four to five times greater than the number of children who die from such injuries each year. Handguns account for the majority of firearm related injuries in the United States. • • •

Epidemiology Continued Epidemiology Cont’d Firearm Prevalence Statistics • Approximately 50% of all US homes have a firearm. • Over 50% of handguns are stored loaded or with the ammunition • Keeping a gun in the home increases the. • • chances of a homicide by three times and increases the chances of a suicide by five times. A gun kept in a household is 43 times more likely to kill someone that the family knows than to kill someone in self-defense. 77% of violent deaths in schools are caused by firearms.

Firearm Exposure in Firearm Facts in Children • Children watch an average of 45 violent acts on TV each day. • Playing with toy guns may contribute to unintentional shootings.

Firearm Safety Tips • Don’t buy a gun unless you know how to use it safely. • Store it unloaded and locked up. • Lock it out of children’s reach. • Lock up ammunition separately from the gun. • Keep trigger locks on your guns for extra prevention, or disassemble your gun completely.