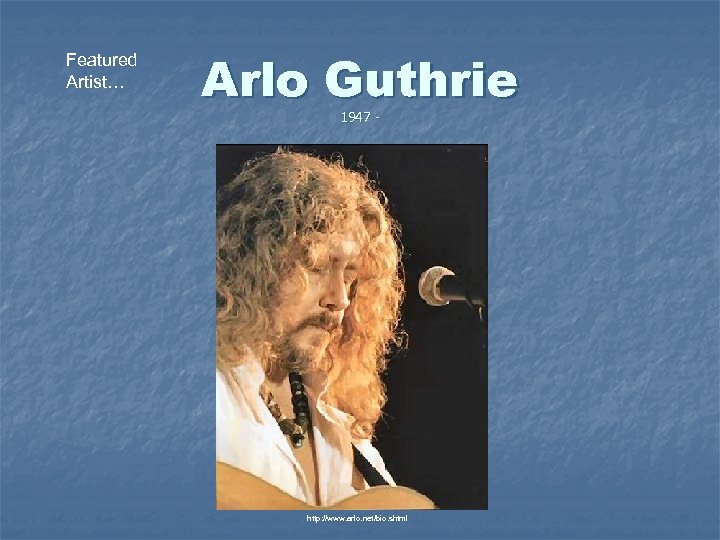 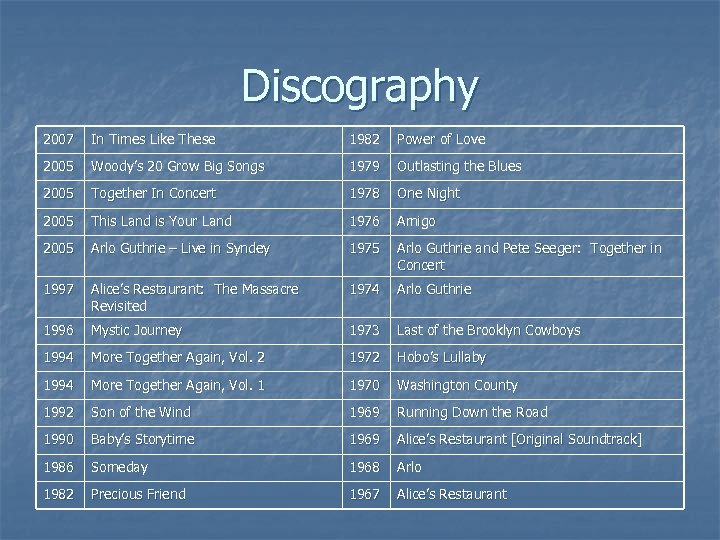 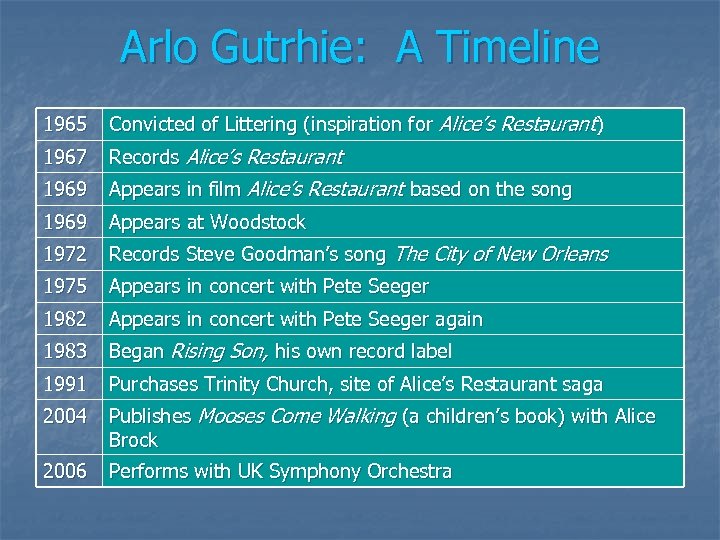 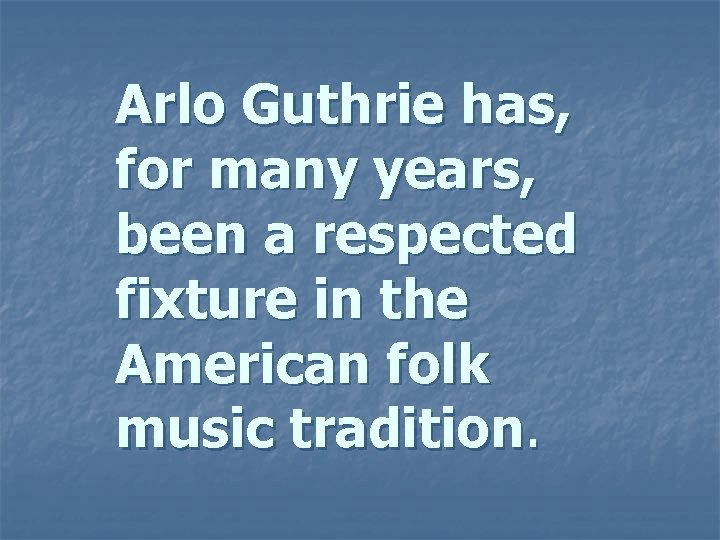 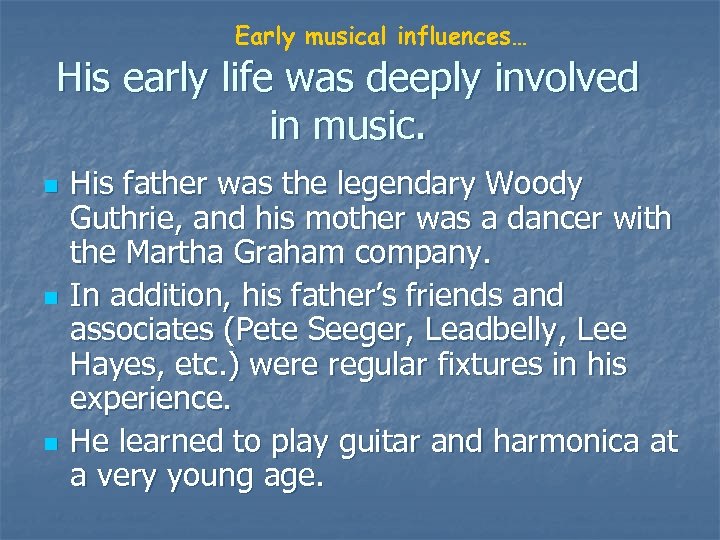 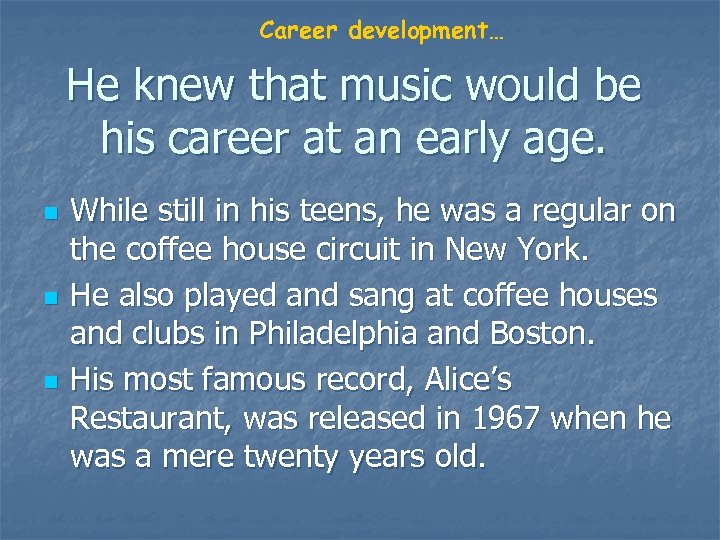 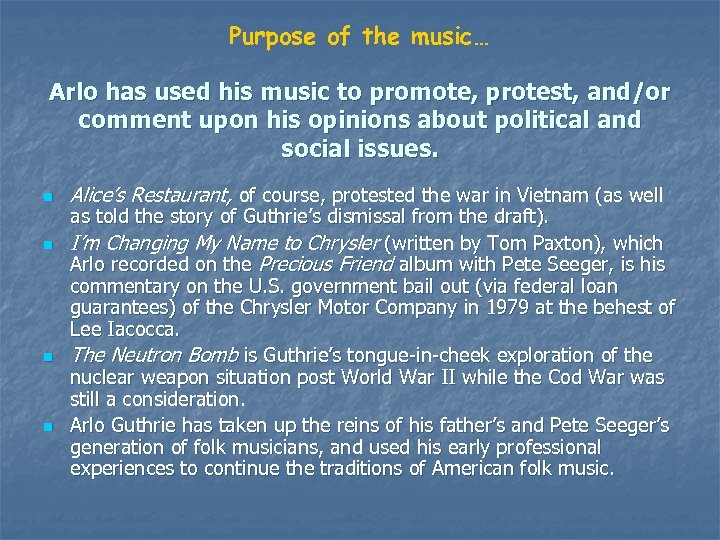 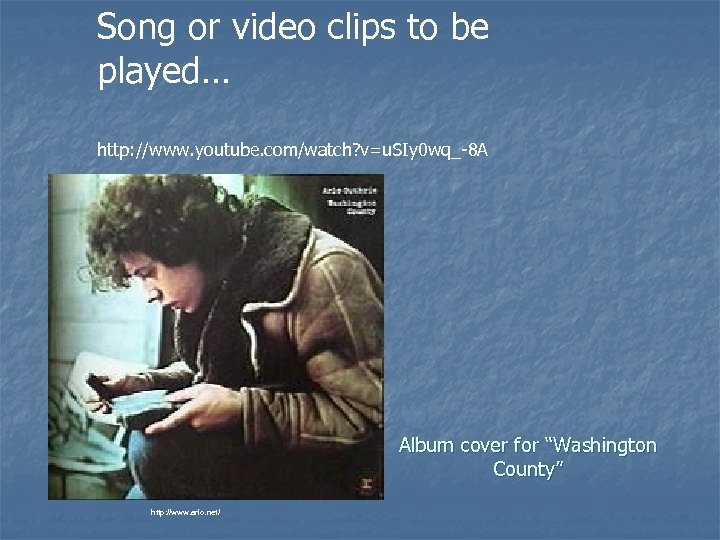 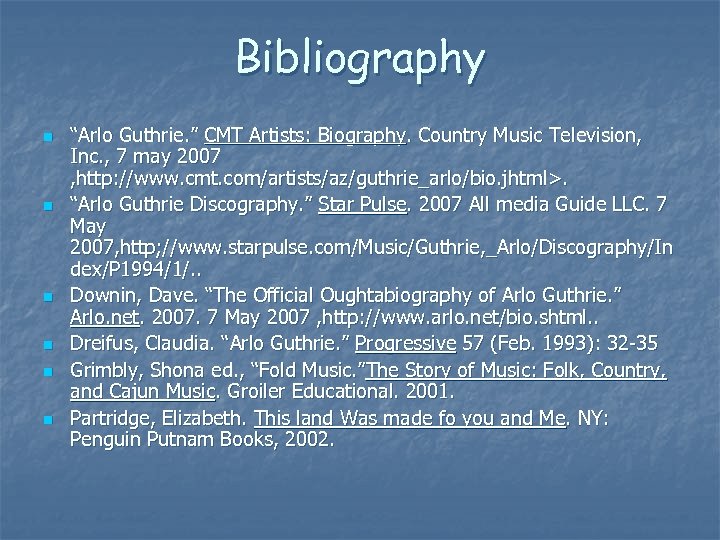 Arlo Guthrie has, for many years, been a respected fixture in the American folk music tradition.

Early musical influences… His early life was deeply involved in music. n n n His father was the legendary Woody Guthrie, and his mother was a dancer with the Martha Graham company. In addition, his father’s friends and associates (Pete Seeger, Leadbelly, Lee Hayes, etc. ) were regular fixtures in his experience. He learned to play guitar and harmonica at a very young age.

Career development… He knew that music would be his career at an early age. n n n While still in his teens, he was a regular on the coffee house circuit in New York. He also played and sang at coffee houses and clubs in Philadelphia and Boston. His most famous record, Alice’s Restaurant, was released in 1967 when he was a mere twenty years old.

Purpose of the music… Arlo has used his music to promote, protest, and/or comment upon his opinions about political and social issues. n n Alice’s Restaurant, of course, protested the war in Vietnam (as well as told the story of Guthrie’s dismissal from the draft). I’m Changing My Name to Chrysler (written by Tom Paxton), which Arlo recorded on the Precious Friend album with Pete Seeger, is his commentary on the U. S. government bail out (via federal loan guarantees) of the Chrysler Motor Company in 1979 at the behest of Lee Iacocca. The Neutron Bomb is Guthrie’s tongue-in-cheek exploration of the nuclear weapon situation post World War II while the Cod War was still a consideration. Arlo Guthrie has taken up the reins of his father’s and Pete Seeger’s generation of folk musicians, and used his early professional experiences to continue the traditions of American folk music.